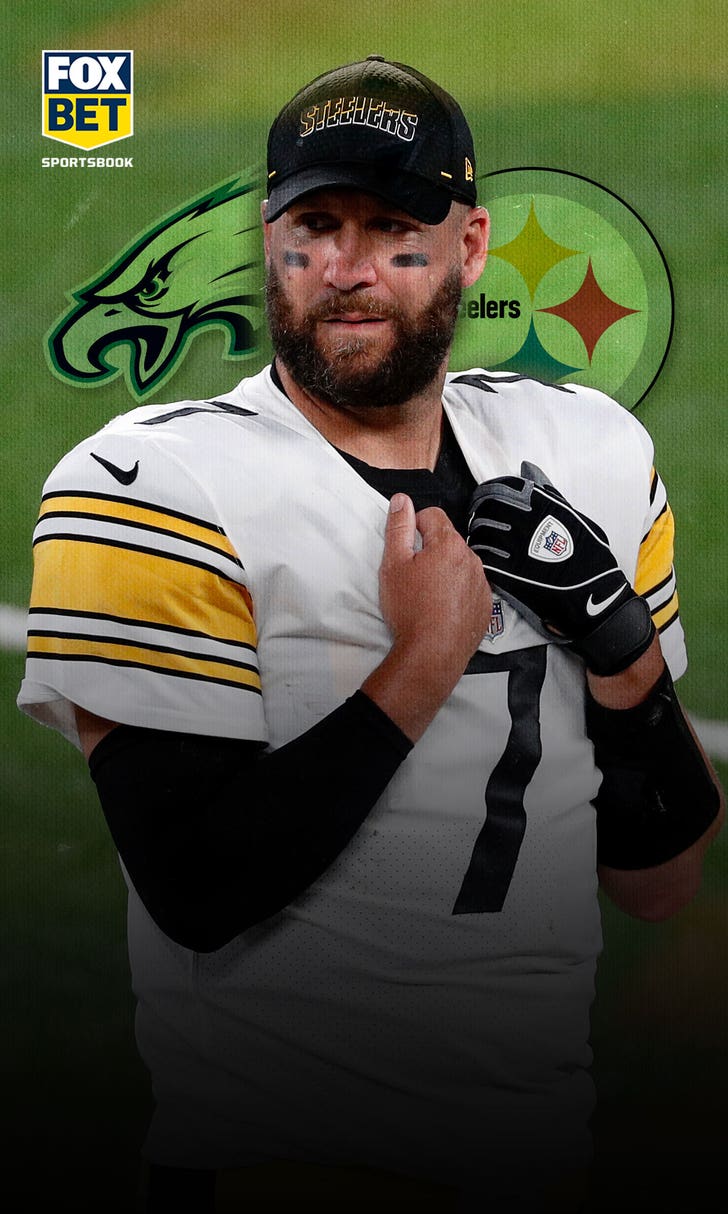 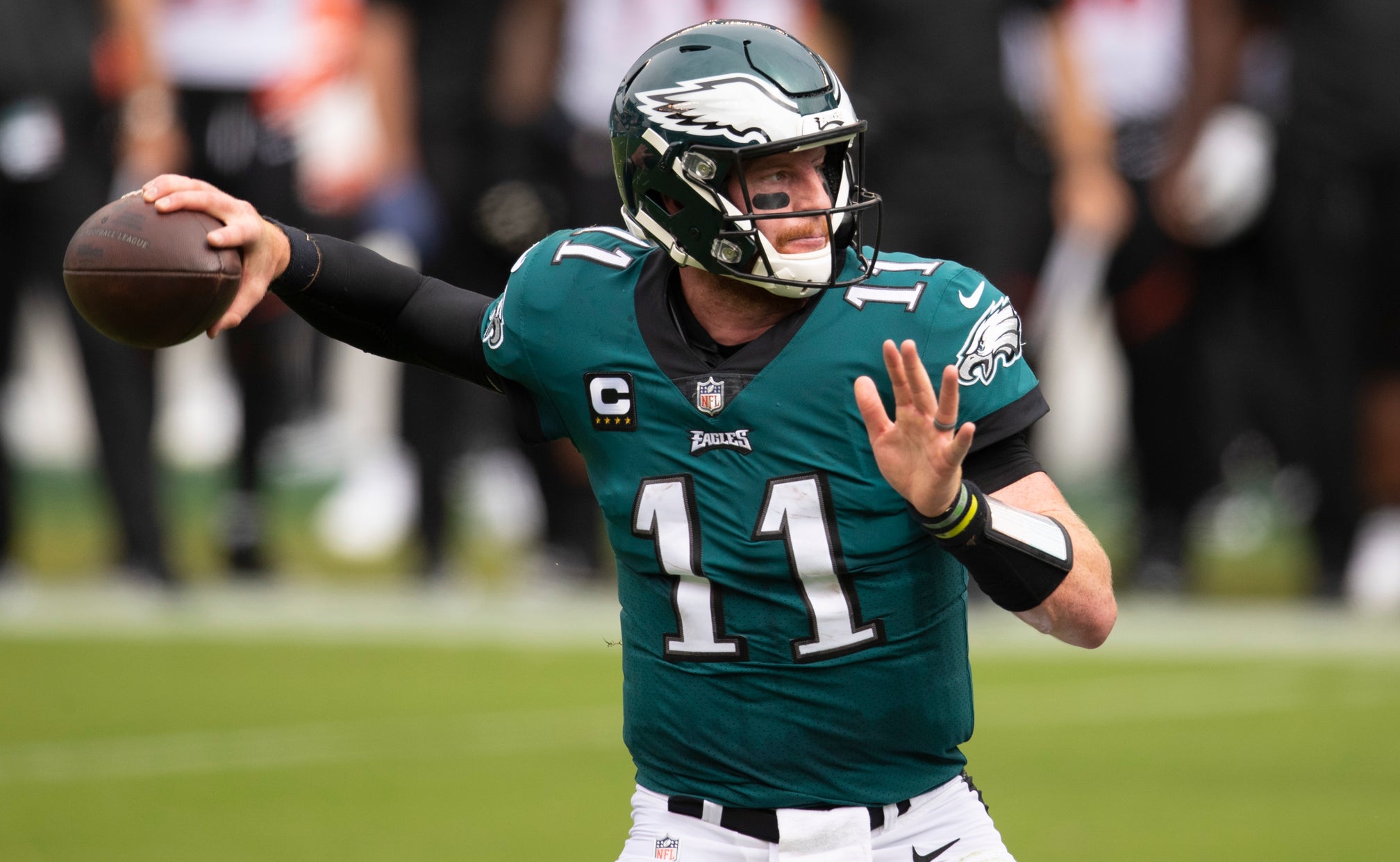 “The Battle of Pennsylvania” is set for Sunday, as the Philadelphia Eagles (1-2-1) take the short flight west to Pittsburgh to meet the Steelers (3-0) at Heinz Field. Kickoff is set for 1 p.m. ET, and the game will air on FOX.

Pittsburgh is a seven-point favorite at FOX Bet, and the over/under sits at 44.5 points.

The Eagles are coming off of a rousing 25-20 victory at the San Francisco last Sunday night. Meanwhile, the Steelers were off last Sunday due to a postponement of their game against the Tennessee Titans because of a COVID-19 outbreak within the Tennessee organization (that game has been rescheduled for Week 8).

Despite their victory last week, the Eagles are +260 odds to win at FOX Bet, implying they have just a 27.8 percent chance of winning in the Steel City. The Steelers are -333 on the money line.

And the line has certainly been affected by the early season form of Steelers QB Ben Roethlisberger.

Pittsburgh’s 3-0 start includes wins over the Texans, Giants and Broncos, and Big Ben has thrown seven TD passes so far. The Steelers offense is humming, thanks to Roethlisberger, so the prop bet odds of him throwing for over 275 yards, tight end Eric Ebron recording over 75 yards, and running back James Connor rushing for 75 yards against a leaky Philadelphia defense, is one to look at with +900 odds.

Despite their recent scoring streaks and the potency of both star quarterbacks, with the FOX Bet Super Boost this Sunday, sports bettors can get +300 on "Both Teams to Score a Touchdown in Both Halves."

This is the first meeting in more than four years between the two teams, the last being a comfortable 34-3 victory for the Eagles in Philadelphia in 2016.

Carson Wentz threw for 301 yards and completed 74 percent of his passes that day, including two TD tosses. The home team has won the last four games between the two Pennysylvania squads, with Philadelphia having the last road victory in the series, a 26-23 overtime win at Pittsburgh’s Three Rivers Stadium back in 2000.

This year, Wentz has been inconsistent in Philadelphia’s first four games, but seemed to take a step forward in the victory against the 49ers.

At FOX Bet, Wentz is +275 to throw for over 275 yards when teamed with 75 receiving yards for tight end Zach Ertz, who will see a lot of action with the injury to fellow TE Dallas Goedert.

Outside of the star quarterbacks, there are a number of rising superstars to look out for Sunday, one of which is Juju Smith-Schuster, who has three TDs and 160 receiving yards on the season so far.

Smith-Schuster is +225 at FOX Bet for 75 yards receiving and to score a touchdown.

On the other side of the field, Miles Sanders has continued his end-of-season form from 2019 (where he averaged 66 yards rushing in the last 10 games) into 2020, and the Pittsburgh native will look to continue trending up on Sunday.

This season, he’s averaging 17 carries and 78 yards in three games, and FOX Bet is offering +250 odds on Sanders to rush for 75 yards and score a touchdown.

If you want a great BetBoost bet at FOX Bet, you can get +160 for both Sanders and Steelers running back James Connor combining to rush for 150 yards.

The Eagles have been decimated by injuries at the receiver position, with first-round pick Jalen Reagor and veteran receiving threats Goedert, DeSean Jackson and Alshon Jeffrey missing time already this season.

However, that has opened the door for different options for Wentz. Greg Ward, who stood out in Philadelphia’s run to the NFC East title in 2019, has re-established himself as a legitimate target, and rookie John Hightower also has emerged as a legitimate threat.

Both are part of an intriguing prop bet. The odds of Ward, Hightower and Ertz all scoring touchdowns in this game are +3800 at FOX Bet.

FOX Bet Super 6 is available nationwide with the exception of Washington state. FOX Bet operates a mobile and online sportsbook and a free-to-play game.