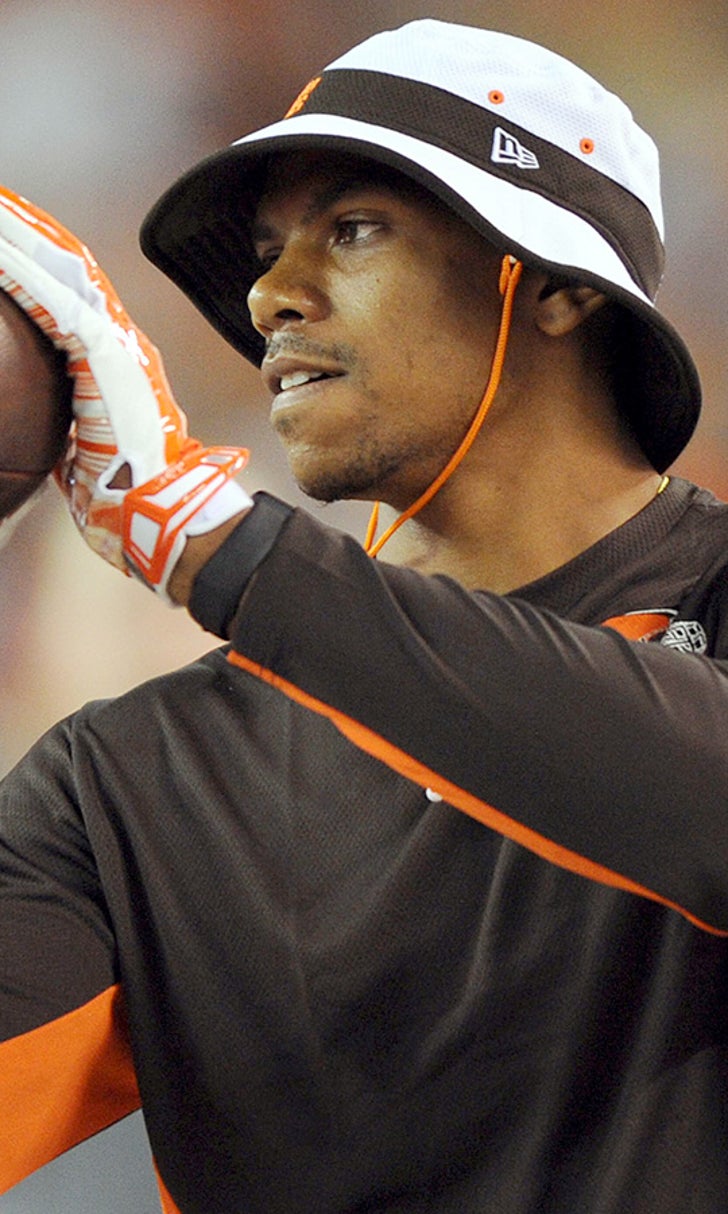 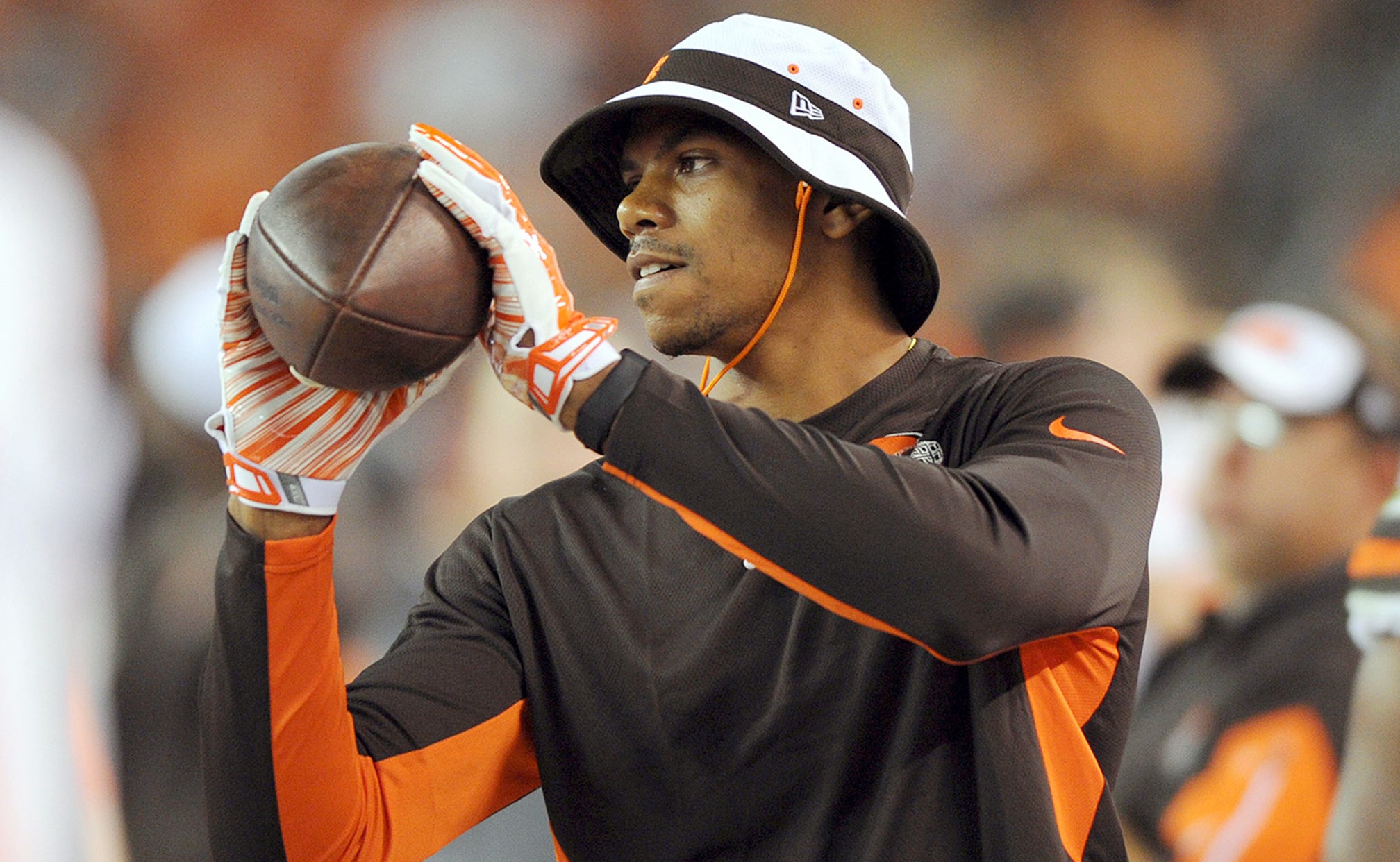 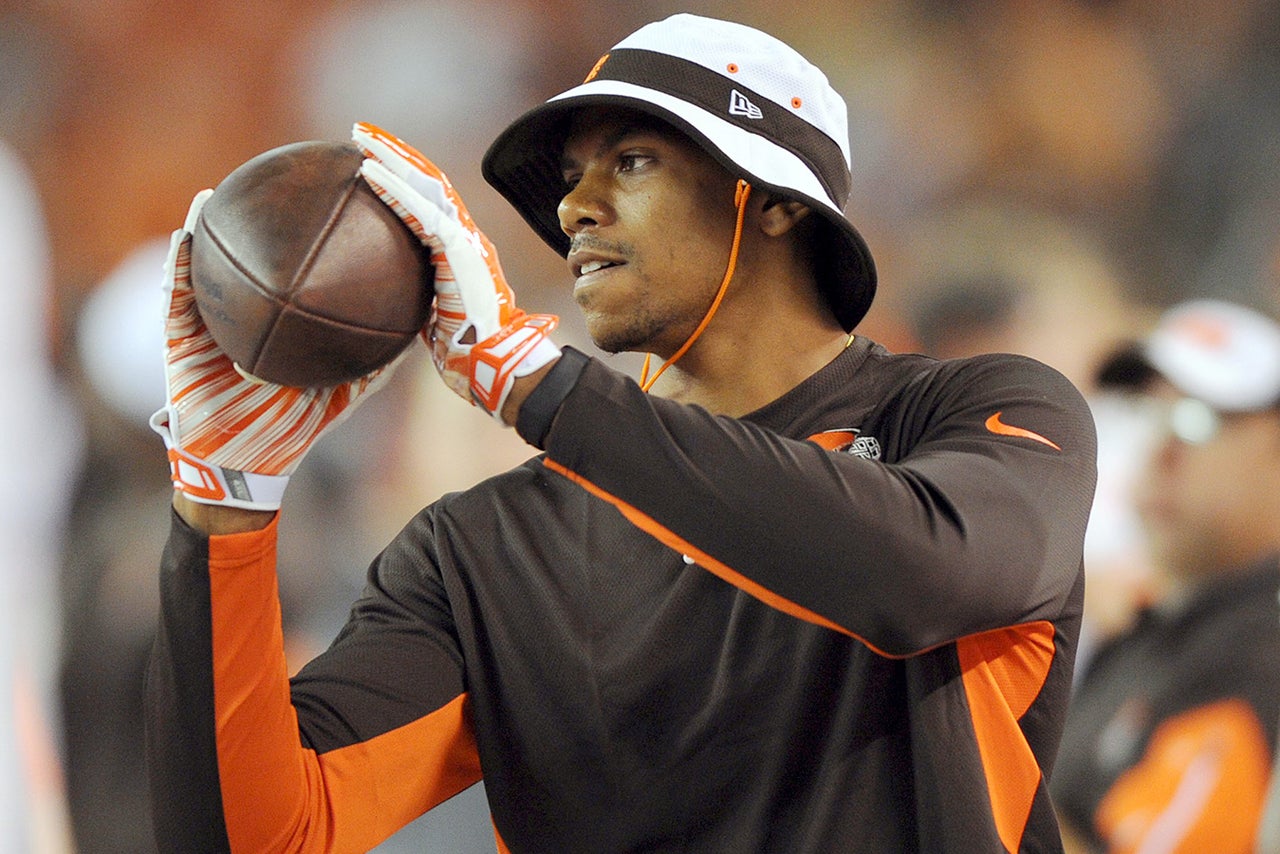 The Terrelle Pryor experiment is over in Cleveland -- at least for now.

The Browns released Pryor Thursday afternoon, according to multiple reports. Pryor told Cleveland.com that he was released to clear a roster spot to sign running back Robert Turbin.

"This will be a mistake by them," Pryor told Cleveland.com.

#Browns Terrelle Pryor confirms for http://t.co/o11vJSOExu that he's been waived. "This will be a mistake by them,'' he said.

Pryor's spot on the roster seemed secure, at least for Week 1, as he even requested a change to his uniform number after making the team's final cut. Head coach Mike Pettine acknowledged that Pryor's potential was enough to keep him on the roster.

The lack of depth at running back apparently squeezed Pryor out of Cleveland. Isaiah Crowell is the only healthy back on the depth chart as rookie Duke Johnson works his way back from a concussion. Johnson is expected to play in Sunday's opener against the Jets, but the addition of Turbin makes the decision to release Pryor even more curious. Turbin isn't expected to be ready at least a few weeks due to a high ankle sprain. Cleveland.com reported earlier Thursday that the Browns had interest in ex-Bronco Montee Ball, but apparently they decided to go with Turbin, the ex-Seattle Seahawk.

Pryor is now available to be claimed by the other 31 teams in the league. If he goes unclaimed, perhaps he'll get another phone call from Cleveland.

Not The Same Old Browns
As he makes his picks for Week 7, Jason McIntyre has a word of caution: Beware first impressions, especially with Cleveland.
16 hours ago

As Odell's World Turns
Odell Beckham Jr. has never been one to shy away from the spotlight. And this week has been no different.
1 day ago

Quarterback Query
Sunday's demolition at the hands of the Pittsburgh Steelers has many questioning Baker Mayfield's fit in Cleveland.
3 days ago

NFL's Top Plays of Week 6
There was a role reversal in New England and a wild touchdown in Philly. Check out the other top plays from NFL Sunday!
5 days ago
those were the latest stories
Want to see more?
View All Stories
Fox Sports™ and © 2020 Fox Media LLC and Fox Sports Interactive Media, LLC. All rights reserved. Use of this website (including any and all parts and components) constitutes your acceptance of these Terms of Use and Updated Privacy Policy. Advertising Choices. Do Not Sell my Personal Info