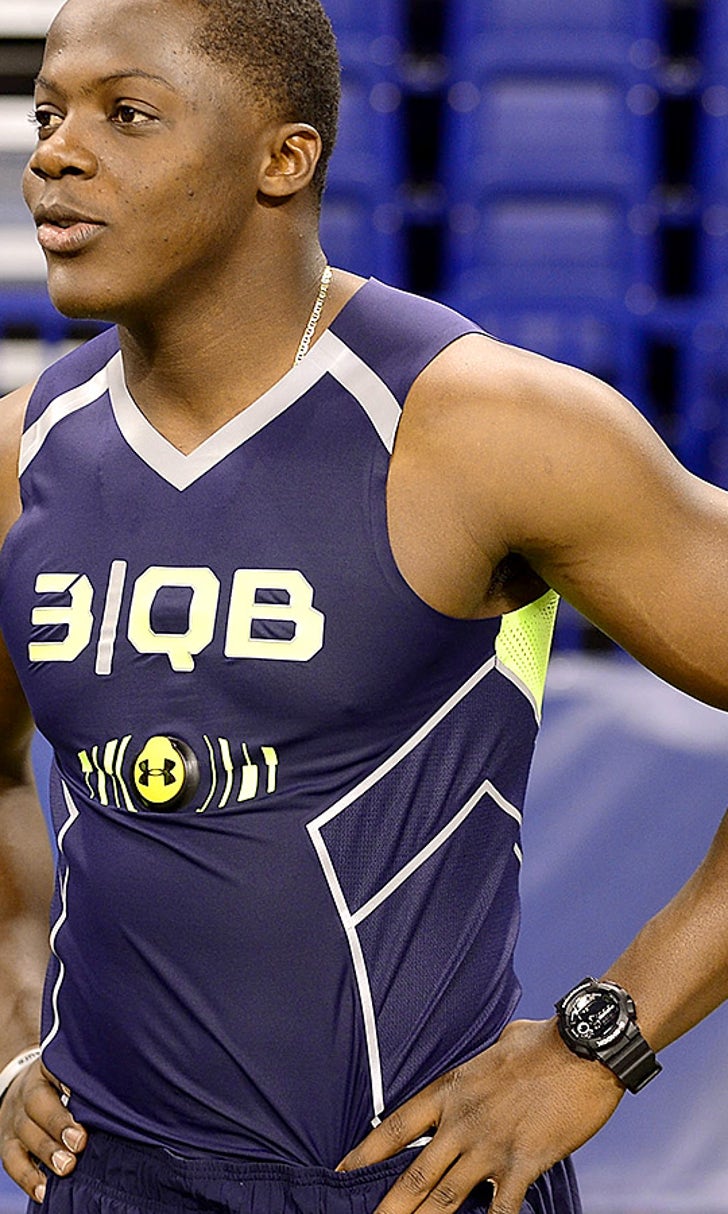 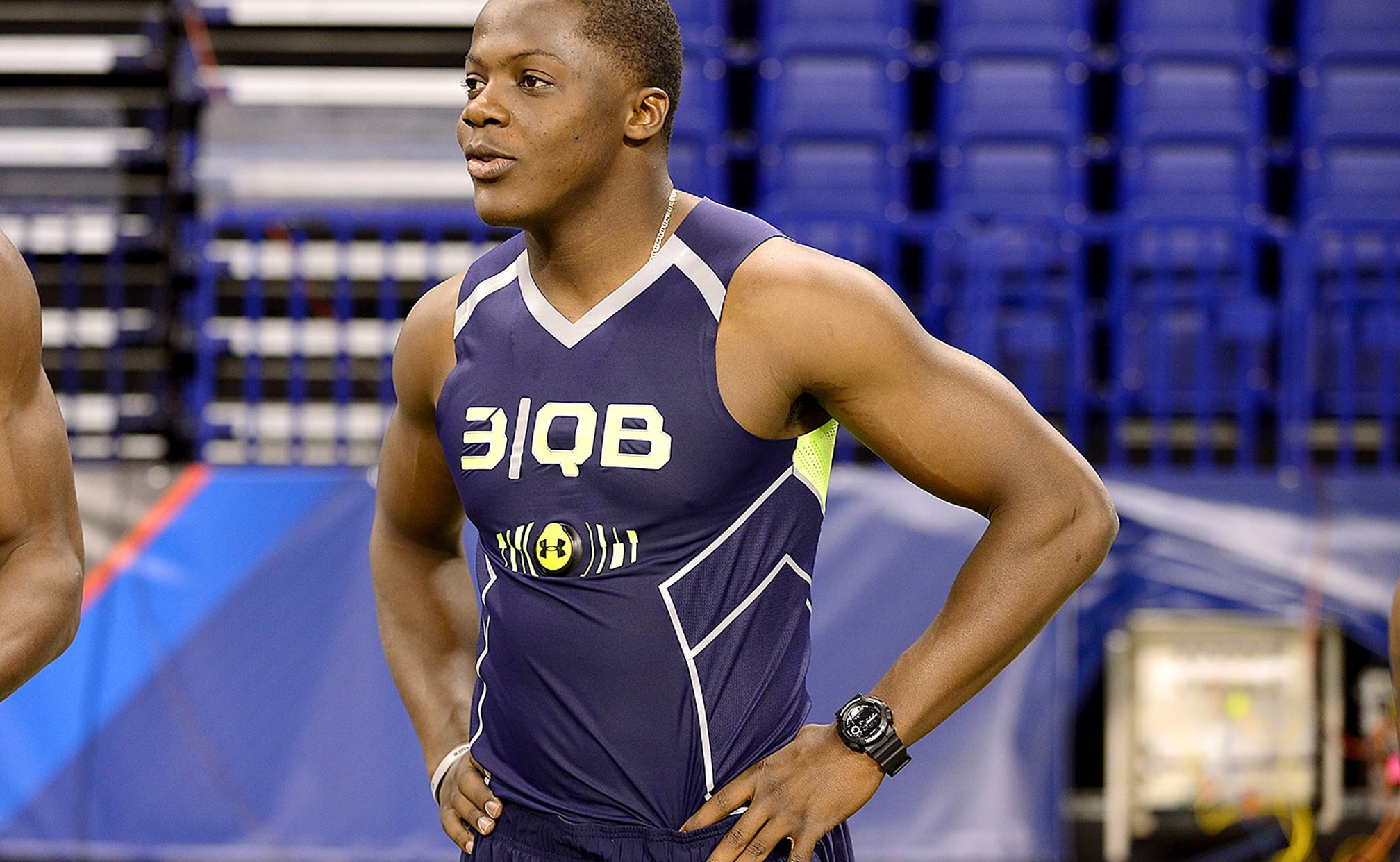 Louisville quarterback Teddy Bridgewater saved his throwing and running for his pro day instead of performing at last month’s NFL Combine.

Bridgewater, who weighed in at 208, 10 pounds lighter than he did in Indy, ran an unofficial 40-yard dash of 4.78 and decided to not run during his second attempt. His scripted throwing workout didn’t go nearly as smooth.

The 6-foot-3 quarterback threw 63 balls, missed on a few throws while on the run and hisl control was reportedly described as "troublesome" by one coach. Bridgewater didn’t let his turbulent day deter him, as he was the second-most accurate quarterback in the nation, completing 71 percent of his passes in 2013. Working with Chris Weinke, Bridgewater noted that he’s been using his legs opposed to just his arm in his throwing motion.

Bridgewater is in a race with Central Florida quarterback Blake Bortles and Texas A&M quarterback Johnny Manziel to be the first player at the position off the board on May 8.

Other talent evaluators weren’t as down on Bridgewater’s workout including NFL.com’s Gil Brandt:

Record-Setting Day As The SEC Returns
The SEC is known for hard-hitting defenses, but K.J. Costello clearly didn't get the memo as he knocked off defending champ LSU.
1 hour ago

Social Media Reacts To Texas' Thriller
It was an epic comeback for the history books. And Twitter could hardly keep up with the fireworks.
3 hours ago

College Football's Top Plays: Week 4
Check out all the best plays from Week 4 of the college football season, including epic upsets and an OT spectacular.
12 hours ago