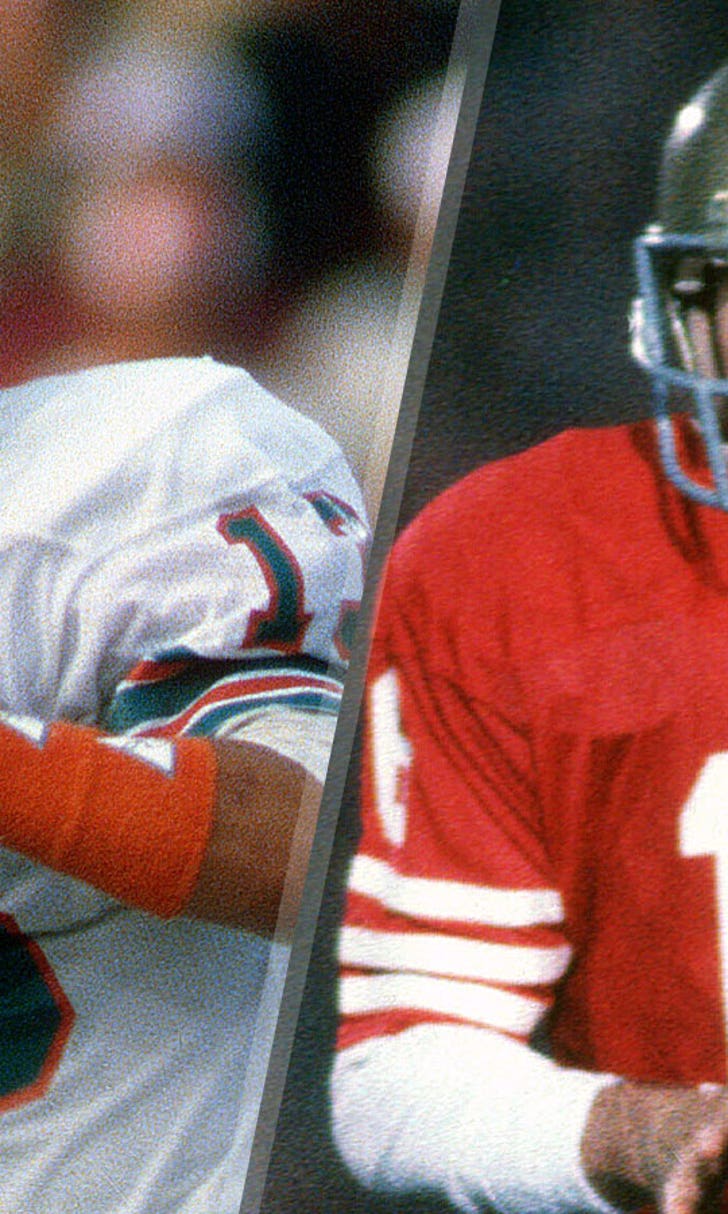 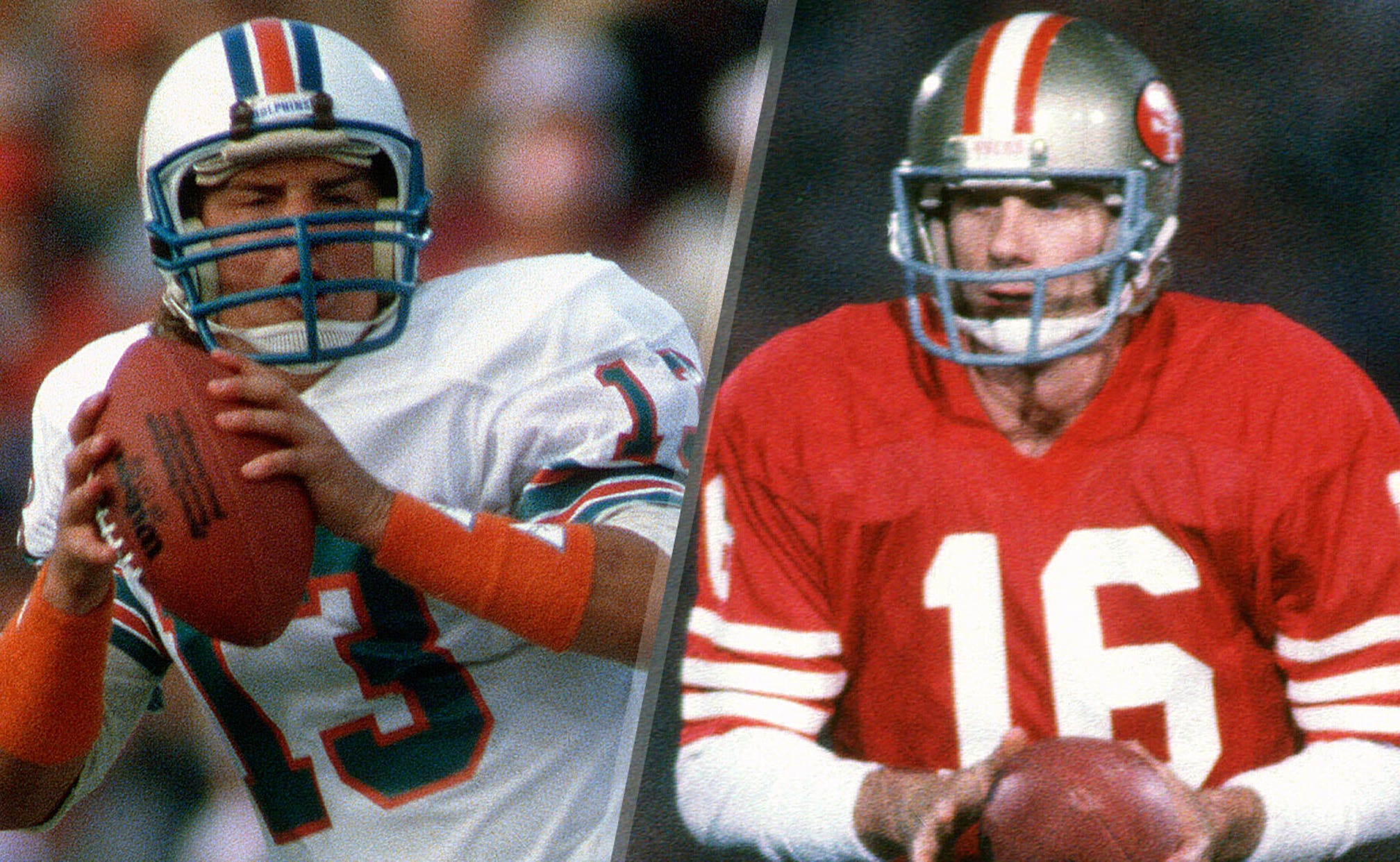 TBT: What was the world like the last time Bay Area hosted Super Bowl?

Dan Marino never did get that Super Bowl ring.

Plenty else, though, has changed culturally in the 31 years since the NFL held its last championship game in the Bay Area. Let's take a trip down memory lane to some of the trappings surrounding the Super Bowl XIX matchup between San Francisco and Miami at Stanford Stadium.

According to the Dallas Morning News, the average base price for a ticket (provided you could get one) was $60. When adjusted for inflation, the figure jumps to $135.23. That won't even buy you this commemorative photo display of Super Bowl tickets let alone admission into Levi's Stadium. The face value of Super Bowl 50 tickets ranges between $850 and $1,800 with club seats at $3,000, the San Jose Mercury-News reported. The secondary market for the February 7 matchup between Denver and Carolina is far steeper. The average ticket price Tuesday on StubHub was $5,451, according to the San Francisco Chronicle.

The No. 1 song atop the Billboard chart was Like a Virgin by Madonna, who remains a best-selling artist today. The No. 1 movie was Beverly Hills Cop featuring the red-hot Eddie Murphy. The No. 1 television program was The Cosby Show. The best-selling book was The Sicilian by Godfather author Mario Puzo. And the most popular home video game was Konami's Yie Ar Kung-Fu, which was a precursor to other fighting games that helped popularize the genre.

January 20, 1985 was a special day for Ronald Reagan. He was inaugurated for the second time as U.S. president during a private swearing (the public ceremony was held the following day). Reagan then became the first person without direct NFL ties to participate in the Super Bowl coin toss. Reagan flipped from the White House with Pro Football Hall of Fame running back Hugh McElhenny serving as his on-field proxy. Reagan also got the coin to spin in the air unlike Super Bowl 50 referee Clete Blakeman in overtime of the Green Bay-Arizona playoff game.

Long before the likes of Coldplay and Beyonce were booked as halftime entertainment, the NFL's Super Bowl presentations were relatively tepid affairs. This includes the Super Bowl XIX "World of Children's Dreams" by the U.S.A.F. Tops in Blue, which is a performance troupe comprised of Air Force veterans. Let's just say nobody had to worry about anyone's nipple being exposed with this act:

While not as celebrated as today, there were ads targeted to debut at the Super Bowl because of the exposure provided during the game. They included:

Legendary comedian Rodney Dangerfield getting hoisted by a female body-builder in a Miller Lite beer commercial:

Two McDonald's commercials that may make you lose your appetite.

ABC's first Super Bowl telecast was memorable on its own because of the characters involved. O.J. Simpson and Tom Landry were part of the pre-game show hosted by Al Michaels. Frank Gifford, Don Meredith and Joe Theismann were the announcing crew. This was Meredith's final game after 12 years in the Monday Night Football booth. Theismann and Jack Kemp (Super Bowl II) remain the only active players to serve as Super Bowl television announcers.

The TV show that followed:

The Super Bowl telecast has served as a lead-in to the launch of new programming because of the giant ratings boost it can provide. Among the shows that benefitted were The A-Team (1983), The Wonder Years (1988) and Undercover Boss (2010). MacGruder and Loud is one that didn't. The cop drama featuring two married police officers trying to keep their arrangement a secret followed a Super Bowl that drew an audience of 46.4 million. Viewers gradually lost interest and MacGruder and Loud was silenced for good three months later.

This is one element of NFL history that hasn't changed since Super Bowl 19. The 1984 49ers remain the closest thing to a team that enjoyed such an edge during a Super Bowl with Stanford Stadium located only 15 miles from the franchise's former digs at Candlestick Park. The game was played at Stanford because the two Bay Area facilities that hosted NFL teams (Candlestick and Oakland Coliseum) didn't meet the league's requirements to host the Super Bowl. Stanford Stadium and the Rose Bowl are the only facilities to host the Super Bowl that aren't the home stadiums for NFL teams.

Will Underdogs Rule In A Super Week 8?
Fans have a chance to win $1 million for free in the NFL Super 6 this weekend. Jason McIntyre breaks down his picks.
8 hours ago