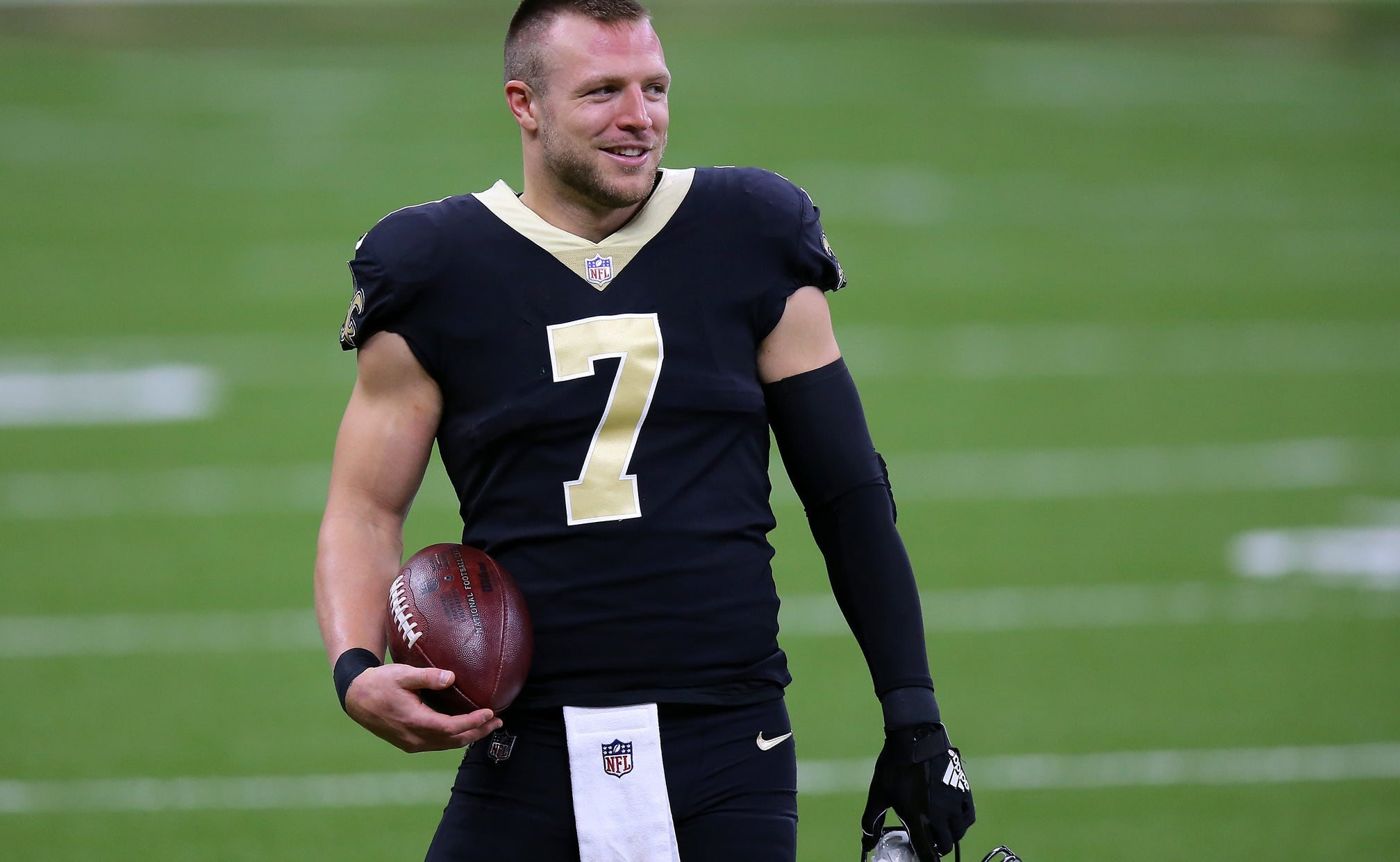 You know what they say: Don't judge a playbook by its cover.

While all signs pointed towards Jameis Winston serving as the starting quarterback in New Orleans – while its leading man Drew Brees nurses a few fractured ribs and collapsed lung – the Saints sent the football world into a tizzy on Friday morning, when multiple reports revealed that Taysom Hill will get his first NFL start while Winston continues to serve in a backup role.

When Brees got injured in the second quarter of New Orleans' Week 10 matchup with San Francisco, it was Winston who stepped in and helped guide the Saints to victory in the second half, securing a sixth consecutive win for the Big Easy.

However, it became clear on Friday that the Saints' plan this entire week was to start Hill against Atlanta at the Superdome on Sunday.

And with Brees supposedly out for multiple weeks, it appears Hill – who the Saints signed to a larger-than-normal contract for a backup this past offseason – will finally get to prove that he's the future starter Sean Payton hopes he can be.

Midway through Hill's fourth professional season, he's served mainly as a gadget guy and as part of the Saints' rushing attack.

In fact, he's started 13 games – in the backfield.

As a career passer, Hill has completed 10-of-18 passes for 205 yards with no touchdowns and one interception.

Naturally, views are split on how viable Hill will be as a thrower of the ball, and Colin Cowherd said that he has faith in whatever decision Payton makes.

Still, some don't see it working out for New Orleans.

Regardless, when the news dropped, it seemed every football voice dropped what they were doing and took to Twitter to share their thoughts on the somewhat shocking storyline.

And just like that, the Saints-Falcons tilt on Sunday has now become must-see television.