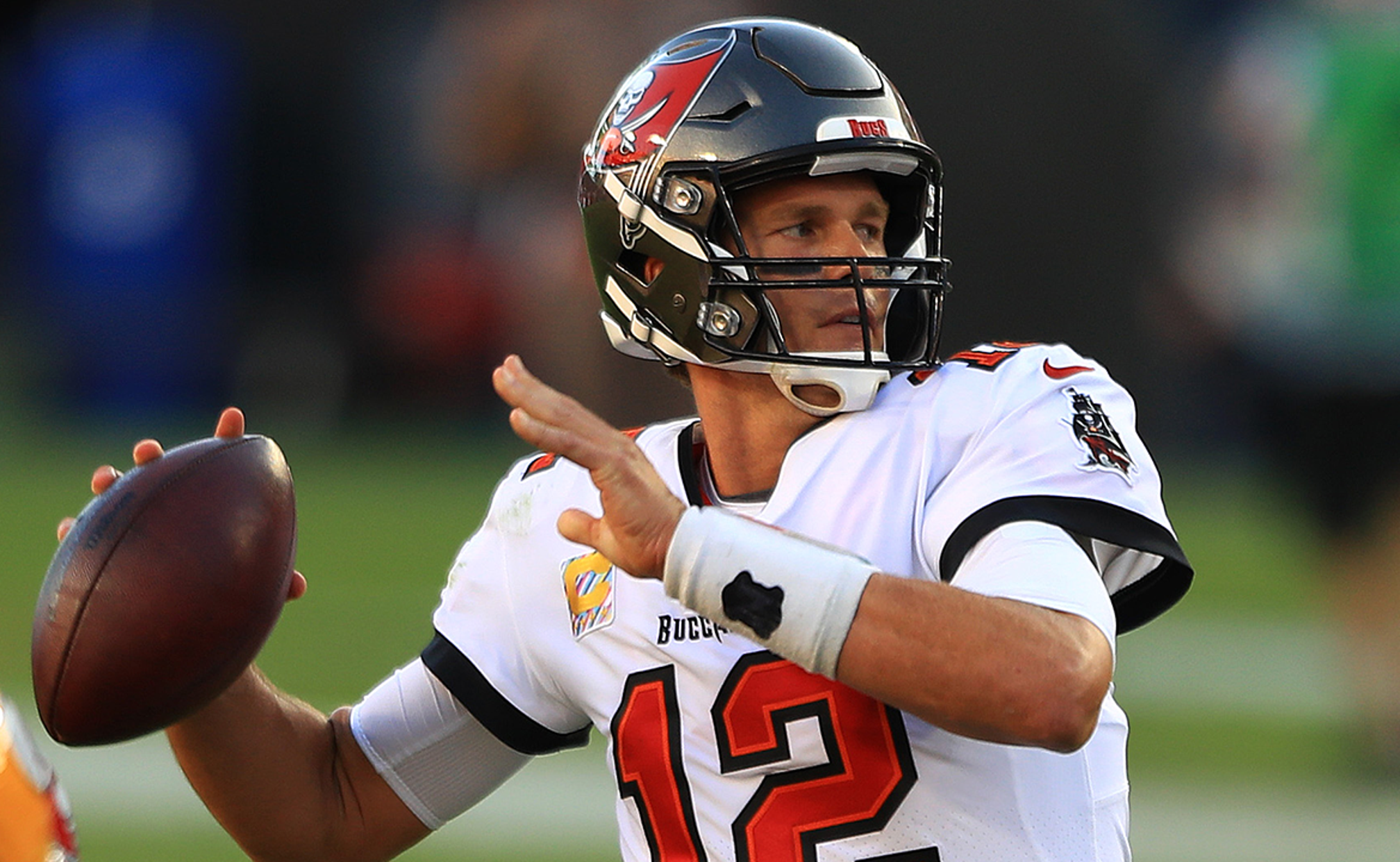 A quarterback duel was set to be the storyline of the weekend – but it didn't turn out to be much of a duel at all.

Meanwhile, the New York Jets remained winless, becoming the only franchise without a victory this season.

Check out what else was notable from the afternoon window:

Not your average Aaron

Green Bay Packers quarterback Aaron Rodgers entered Sunday’s game at Tampa Bay with no interceptions in his last 139 pass attempts, and he was the only quarterback without an interception going into Week 6

How quickly things can change.

In a span of three plays on Sunday, Rodgers tossed two interceptions, the first of which was a pick-six, just the third pick-six of Rodgers’ career.

Rodgers did not throw a touchdown on Sunday, while completing just 45.7 percent of his passes for 160 yards.

In addition, he averaged a mere 2.7 passing yards per attempt.

While Rodgers struggled, Buccaneers QB Tom Brady showed out with his fourth multi-touchdown performance of the season, throwing for 166 yards and two scores against Green Bay.

Brady wasn't the only one looking like his old self, as tight end Rob Gronkowski recorded his first career touchdown as a Buccaneer.

Gronkowski finished with five receptions for a season-high 78 yards.

Making the victory even more impressive is that Tampa Bay scored 38 unanswered points after being down 10-0 to start.

Bucs defense puts on a clinic

Tampa Bay held the Packers to a measly 3.3 yards per play on just 13 first downs.

To add insult to injury, Bucs defenders sacked Rodgers – who had not been sacked this season – four times.

They held the Packers just to 201 yards while forcing two turnovers.

Fitzpatrick continued to prove why he's the starter in Miami, tossing three touchdowns for the second week in a row, as Miami dominated the Jets from start to finish.

He got a little help on the ground from running back Myles Gaskin, who single-handedly out-gained the Jets in the first half.

But it was really the defense that shined, as the Dolphins forced seven three-and-outs by the Jets. In addition, Miami sacked New York quarterback Joe Flacco three times for a loss of 38 total yards.

Up 24-0 with a little over two minutes to go, Dolphins backup quarterback Tua Tagovailoa took the field, and Miami got its first look at the future of their franchise.

Prior to entering the game, Tua was seen on the sidelines reviewing film with veteran starter Ryan Fitzpatrick.

Tagovailoa – the No. 5 overall pick in the 2020 NFL Draft – completed his first pass, a 1-yarder in the flat to running back Patrick Laird.

However, he finished 2 for 2 for 9 yards, as the Dolphins ran out the clock at the end of the game.

The Jets struggled on both sides of the ball. Offensively, New York converted just 13 first downs, and late into the fourth quarter, they were 0 for 12 on third downs.

The Jets racked up eight penalties for a loss of 80 yards, and they punted the ball a total of 10 times.

Gang Green owns just seven touchdowns through six weeks of play, and the Jets have lost by double digits in half of their games this season.

The Jets are the only franchise so far this season to score zero points in a game.

The Return of Jimmy G

He was gone for a little, but not for long.

After a rough Week 5 performance, his first game since suffering an ankle injury in Week 2, Jimmy G was back as his best self against the Los Angeles Rams on Sunday, a franchise that he now owns a 4-0 record against.

Against the Dolphins last week, Garoppolo was 7-for-17 passing, for 77 yards and two interceptions before he was pulled in favor of backup quarterback C.J. Beathard.

But on Sunday, Garoppolo bounced back in a major way, finishing 23-for-33 for 268 yards and three touchdowns, which amounted to a passer rating of 124.3.

What to make of the Rams

At this point, no one knows.

Even though the Rams are 4-2 on the season, they've been unpredictable to say the least.

So far, they are 4-0 against the abysmal NFC East, which has a combined record of 5-17-1. In their two toughest tests of the season – at Buffalo in Week 3 and at San Franciso on Sunday – they are 0-2.

However, they lost those two contests by an average of 5.5 points per game.

Next up, LA will host the 5-1 Chicago Bears, who are 3-0 away from home this season.