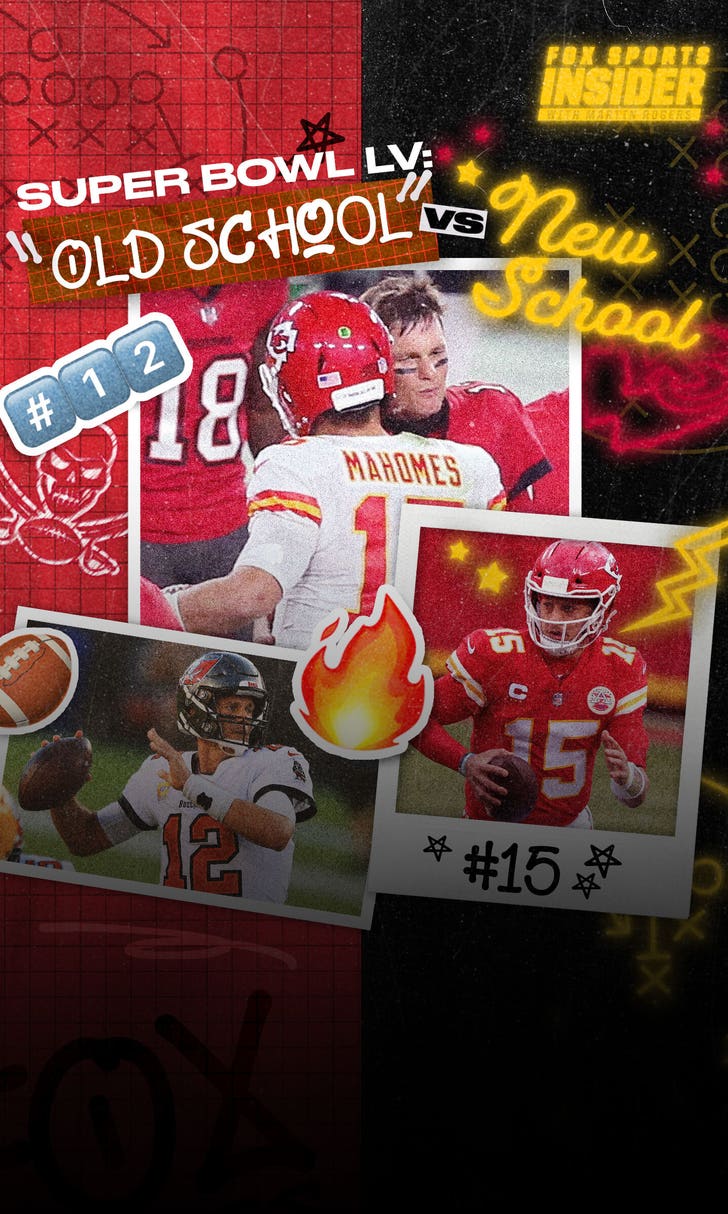 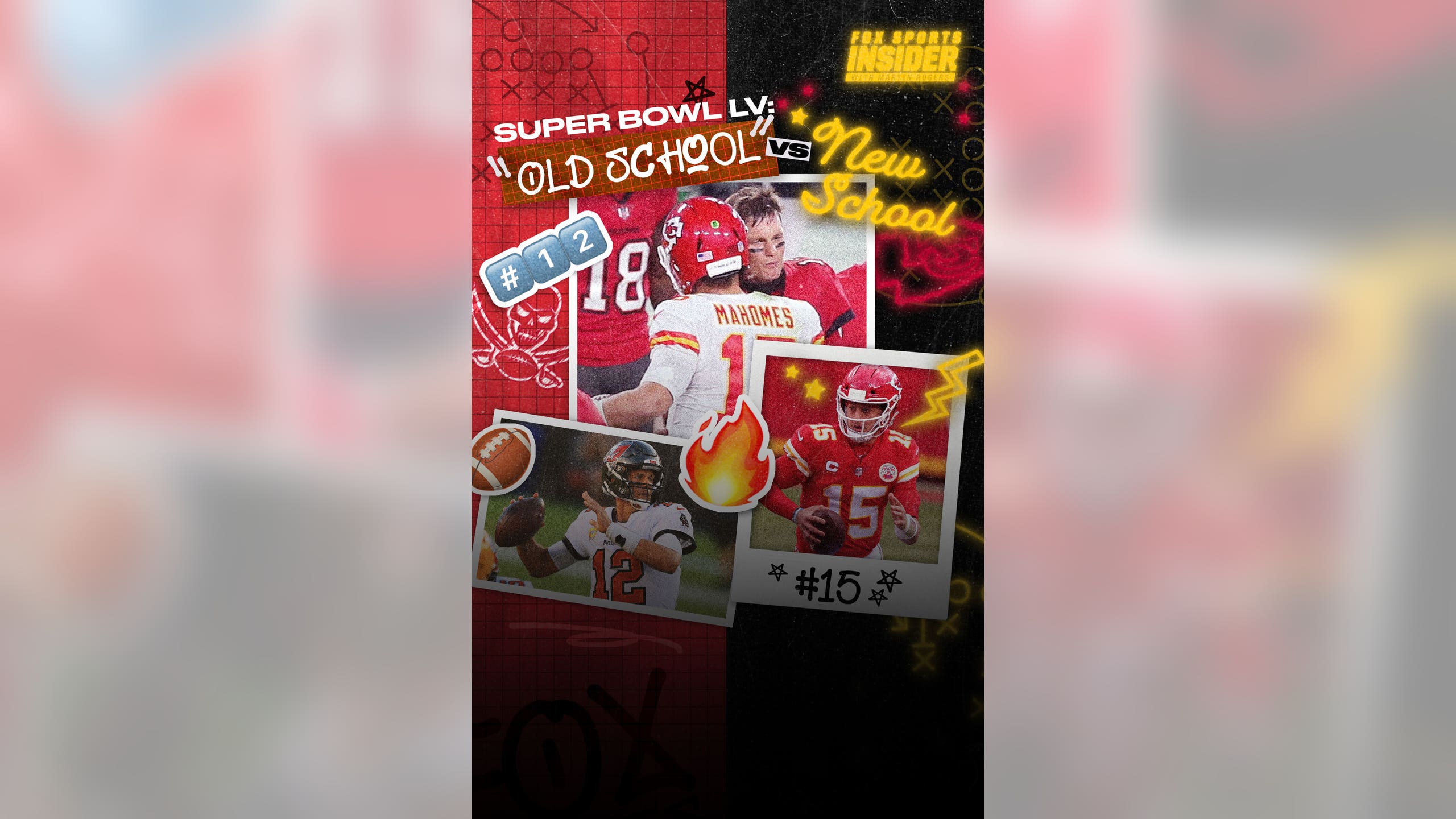 Why Super Bowl LV is a matchup of "Old School vs. New School"

When it comes to Super Bowls, there are subtle storylines and obvious ones – and ones like Patrick Mahomes vs. Tom Brady, which are so incredibly obvious they smack you in the face but are still so good you don’t mind one bit.

There is one reason above all others that this particular quarterback duel is an entertainment slam dunk, both in the anticipation of it and in what we will eventually see when the Tampa Bay Buccaneers take on the Kansas City Chiefs for the biggest prize in football.

That is because it represents the past and the future and sees them collide in the present. It represents the cross section of two greats at polarized points in their careers, all of which is a wordy way of saying ... it’s "Old School vs. New School" — and all the treats of intrigue that combination brings.

Mahomes did a good job highlighting the rivaling timelines of him and Brady when he joked that he first became aware of the six-time Super Bowl champion on "Sept. 17, 1995, when I was born."

Yet there are ways of saying that the lengths of their respective journeys are wildly different that are far more entertaining than simply stating that Mahomes is 25 and Brady is 43.

For example, Mahomes joined Twitter at 15, in 2011. Brady had won three Super Bowls by the time the social platform launched in 2006. When Brady took his first NFL snap against the Detroit Lions in 2000, he had two teammates, Bruce Armstrong and Otis Smith, who are five years older than Mahomes’ father, Pat.

Disparities such as those should theoretically make it laughable that these two find themselves on the same field, yet here they are, readying to stride onto not just any old turf but the most serious slice of gridiron in the game, and no one’s giggling.

How could it be when age — and the alternative stages of it at which we find ourselves — is perhaps mankind’s greatest obsession?

One of the heartbreaks of life is that by the time many of us have figured out how to make best use of our physical talents and youthful zest, those things are beginning to leave us. The luckiest of us are those who reach old age with no regrets.

In a themed series of stories that will run through the Super Bowl, FOX Sports Digital won’t get quite that existential, but we’re embracing the "Old School vs. New School" narrative in ways that will make us think, reminisce and analyze the delicate balance of greatness that’s at the heart of Brady vs. Mahomes. 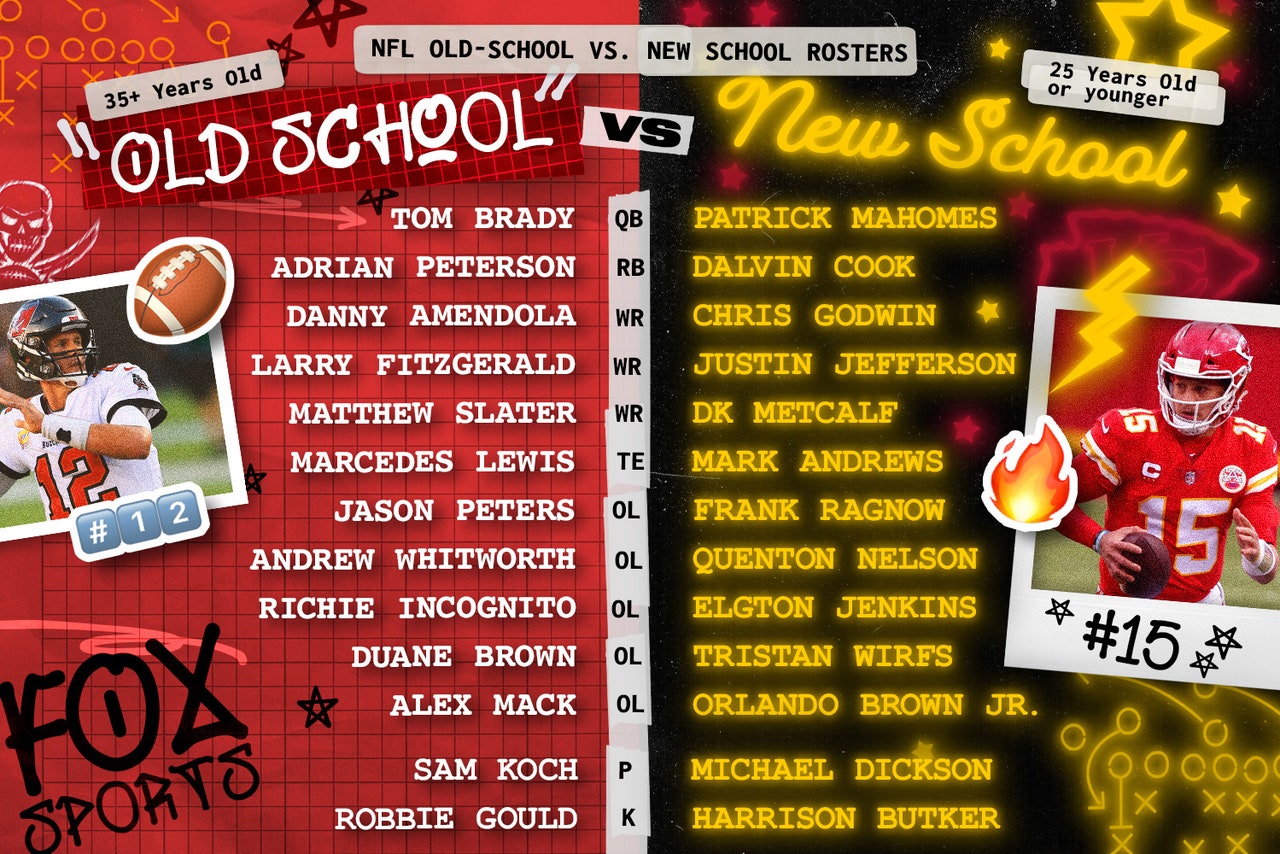 Mahomes and Brady certainly seem to be living their best lives, or at least the football version of it, because they’ve each tapped into some of the advantages of the other at an age when they’re not logically supposed to.

Mahomes has the kind of wisdom, presence, tactical sense and enduring calm you’d expect from someone who has played about 20,000 NFL snaps over two decades, not a little more than 3,000 in only three full seasons.

Brady, of course, realized a while back that he was going to gain quarterbacking intelligence as his career moved on and that if he could slow the physical downsides of passing 40, he’d have the chance to breathe rare air. We joke about Himalayan pink salt and coconut oil and avoiding nightshades and all that, but the truth is Brady's body has held up long enough for him to actually use all the mental know-how and real-life experience.

"Mahomes’ maturity, his mastery of the game and drive to win are uncommon for a player just four years removed from a college career that ended in three seasons," Blair Kerkhoff wrote in the Kansas City Star. "Brady is redefining what can be accomplished physically and in peak performance with discipline and routine. Simply put, he’s slowed down the aging process."

Matching the virtues of one generation against those of another is the ultimate form of compare and contrast, and it is at the root of so much in our lives that we barely notice it.

Our age groups us socially, in education, in youth sports. Times have moved on, but age-gap relationships still generate a level of inquisitiveness that is often inappropriately nosy.

Within families, the reality of having lived through different eras with different challenges and expectations picks at our ability to see where our elders and youth are coming from.

Age befuddles your mind enough that you wonder where all the years have gone yet marvel, if you’re lucky, at how you’ve managed to pack them with so much adventure.

And I wasn’t even right when I said old vs. new wasn’t funny. Young standup comedians love to drop zingers on old-timers, and veteran comics find fresh fodder in the mystifying habits of millennials.

The Super Bowl’s generation chasm is headed by Brady and Mahomes, and there will be lingering ramifications to the legacies of both men, depending on the outcome.

"From a narrative perspective and from a logistical perspective, it becomes near impossible for Mahomes to scale the Brady mountain if he loses," Nick Wright said on FS1’s "First Things First" when discussing the Chiefs QB’s chances of overhauling Brady in the greatest of all time stakes at some point in the future.

The "Old School vs. New School" tussle also has a stout undercard of characters and factors to back Mahomes and Brady. Rob Gronkowski and Travis Kelce are actually both 31, yet Gronk represents a trailblazing tight end well into his final chapter, while Kelce has taken on the mantle as the figurehead of the position.

Even the histories of these franchises lend themselves to the discussion, with the Bucs being relative newcomers (founded in 1976), whereas the Chiefs played in the very first Super Bowl.

When you’re talking across the ages, there needs to be a vital and consistent barometer of comparison. Otherwise the exercise is worthless.

It’s that they’re doing it as well as anyone has ever done it, separated by 18 years of age, with different weapons, methodologies and levels of urgency.

They are the old and the new — and the common thread is excellence.

Another Dimension
Is Kyler Murray a Super Bowl-level quarterback? J.J. Watt seems to think so, and Colin Cowherd agrees with the new Cardinal.
15 hours ago