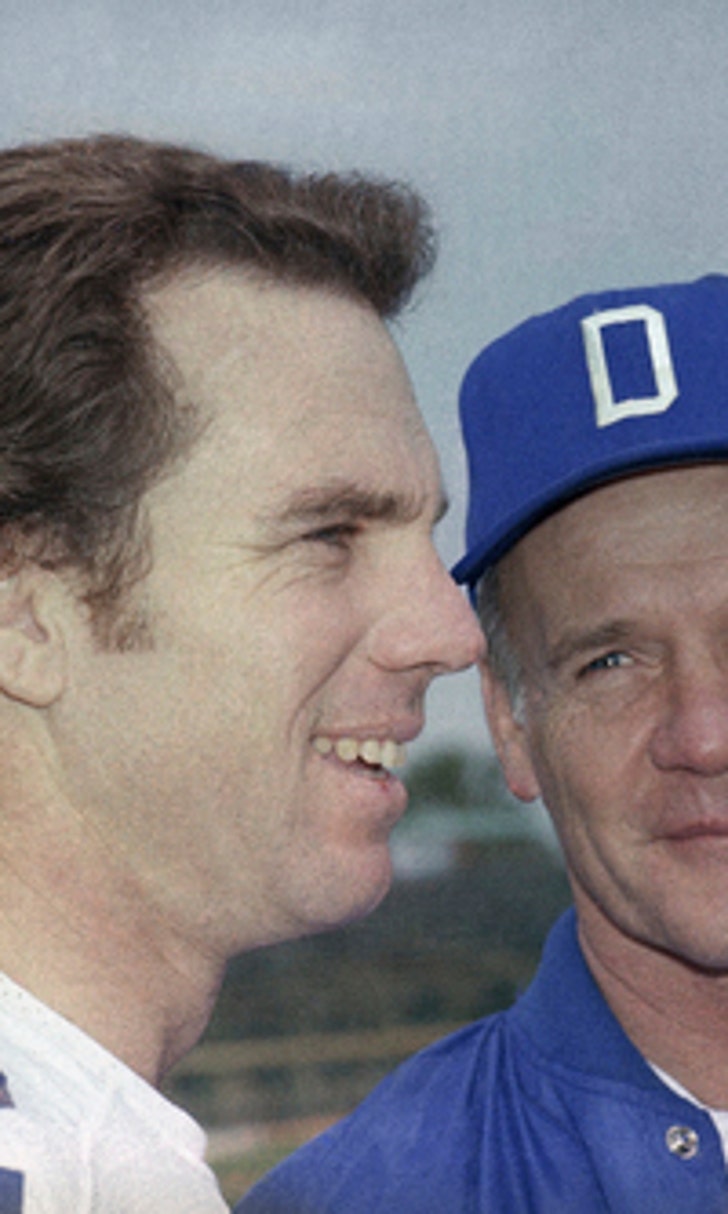 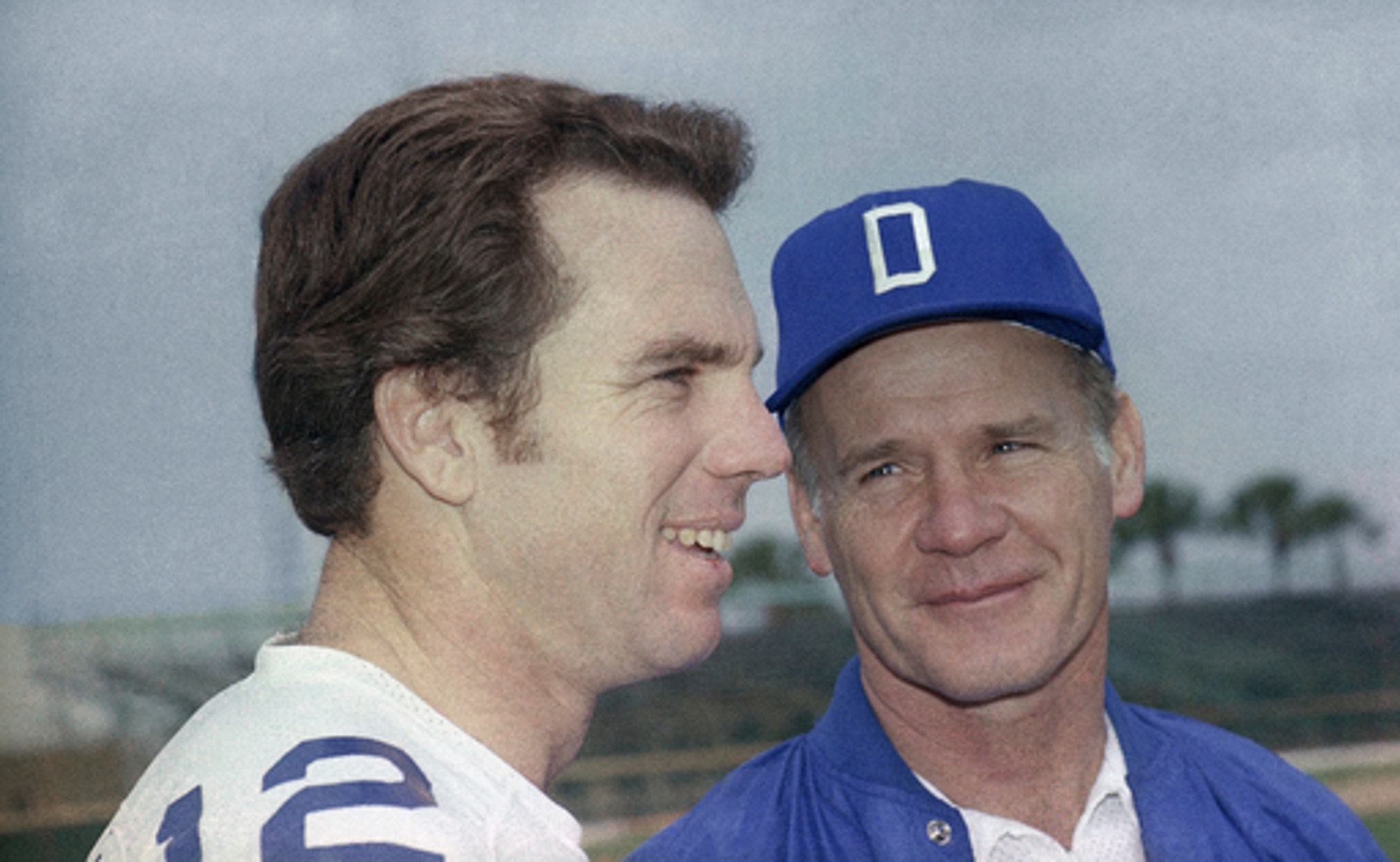 All these years later, Roger Staubach remembers quite clearly what his initial reaction was when Dallas Cowboys coach Tom Landry approached him about making the shotgun formation a recurring feature of their offense.

''I thought he was crazy or something,'' the former quarterback said with a snicker during a telephone interview this week. ''I mean, we're talking about 1975. Nobody used the shotgun.''

The Pro Football Hall of Fame - which counts both Staubach and Landry among its members - says San Francisco 49ers coach Red Hickey introduced a form of the shotgun offense to the sport in 1960, before abandoning it during the following season. But Landry's Cowboys get credit for bringing it back and popularizing it by positioning Staubach 5 yards behind the center.

That set the stage for what today is the most popular way for NFL offenses to line up: 60 percent of plays this season began in the shotgun , up from 19 percent in 2006, according to data provided by TruMedia Networks.

So how did it originate? According to Staubach, Landry (who passed away in 2000) figured he needed to try something to jump-start the Cowboys, who were coming off an 8-6 record, a third-place finish in the NFC East and had missed the playoffs for the first time in nine years. Landry and assistant Mike Ditka - who previously had played tight end for Dallas and would later lead the Chicago Bears to a Super Bowl title as a head coach - decided to use the shotgun formation on third downs and in 2-minute drills, because Dallas usually threw in those situations, anyway.

''We had a rough year in `74. We weren't supposed to do anything in `75,'' Staubach recalled. ''At first, we heard some criticism. The shotgun was really unique at the time.''

''That's when it really came into vogue,'' said Herm Edwards, who played against Landry's Cowboys as a defensive back for the division rival Philadelphia Eagles in the 1970s and 1980s, then coached in the NFL. ''It was a different look and, for a while, it messed up your way of looking at the quarterback's drop and defining that drop.''

Staubach went from a 52.8 completion percentage and 11 touchdown passes in 1974, to 56.9 percent and 17 TDs the next season while in the shotgun part of the time.

He grew to like the formation, but not necessarily for how it helped his throwing.

Part of Staubach's game was running with the football. The shotgun allowed him to find lanes better as he surveyed the defense while looking straight ahead at the snap, instead of moving backward sideways after receiving a hike from the center.

''Teams weren't used to it, and they had to work to play against it. It was a real advantage,'' he said. ''We weren't supposed to do anything that year. But the shotgun was a big part of having the success we had in 1975.''

And beyond: Dallas would reach the Super Bowl that season, starting a run of three appearances in four years in the NFL's championship game.

Slowly but surely, so did the rest of the league.

Dak vs. Russ: A Money Matchup
Dak Prescott has an ideal opportunity to show he’s worth the money his Week 3 opponent is making, Martin Rogers writes.
5 hours ago

The Most Entertaining Team In Football
When it comes to the Cowboys, you never know what’s coming next. And that's half the fun, Martin Rogers writes.
3 days ago

Zeke Files For 'Feed Me' Trademark
The Dallas Cowboys running back is making his motto official, Charlotte Wilder writes. Now, who wants a "FEED ME" tie?
4 days ago

Cowboys Complete Improbable Comeback
Somehow, Dallas did it. Check out the major takeaways from the Cowboys' late rally and the rest of the NFL's morning slate.
5 days ago
those were the latest stories
Want to see more?
View All Stories
Fox Sports™ and © 2020 Fox Media LLC and Fox Sports Interactive Media, LLC. All rights reserved. Use of this website (including any and all parts and components) constitutes your acceptance of these Terms of Use and Updated Privacy Policy. Advertising Choices. Do Not Sell my Personal Info