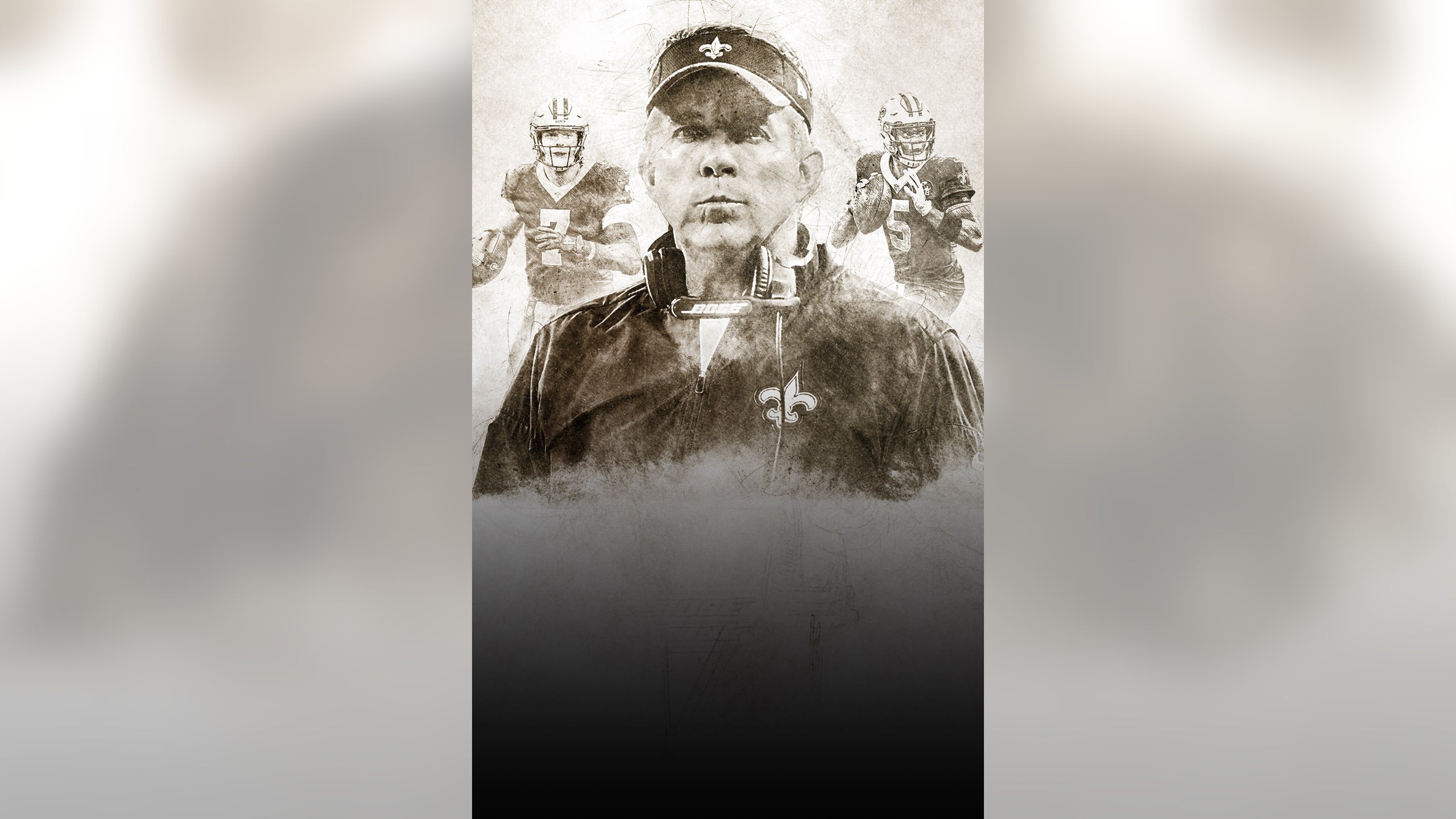 It is supposed to be a major problem in pro football when your quarterback goes down. It just is. There is a reason why the men under center get the big bucks, bigger with each passing year, to the point where “pretty good” can now get you close to $30 million a season.

By extension, the common logic holds ... the better the quarterback is, the greater the hole that needs to be filled, and the larger the corresponding headache when he is absent. Makes sense, right?

Absolutely, except for in the case of the New Orleans Saints, where a recent injury to Drew Brees hasn’t slowed down the team’s flow. At 8-2, the Saints have the best record in the NFC following their victory over the Atlanta Falcons on Sunday, and by the time they play next it will be more than two months since they tasted defeat.

“It is the process we go through every week,” head coach Sean Payton said, when asked what alterations had been required for the installation of Taysom Hill in place of Brees last weekend. “This happens a lot to other positions and I understand when it happens to the QB there is more attention drawn to it. But these guys handled it well, we’ve been playing well, and good to get another win.”

If that sounded like a fairly dull and routine quote, that’s because it was. A regular comment at the end of just another week. For the Saints, it is no Brees, no panic, regardless of the iconic signal caller’s years of experience, Super Bowl-winning knowledge and record-crushing resume.

A lot of people were surprised by how Hill fared and even more didn’t think he should have been given the nod ahead of co-backup Jameis Winston. Yet perhaps it shouldn’t have been so much of a shock after all.

Payton has a body of evidence that would suggest he knows exactly what he’s doing when it comes to the most important position on the field. Sure, he’s been wildly fortunate to have had his time in the Big Easy dovetail with that of Brees, but it is not spoken often enough that the reverse is also true.

When Brees missed five games last season with thumb ligament damage, Teddy Bridgewater came in and performed admirably, going 5-0 and setting himself up for a big payday with the Carolina Panthers. Acquiring Bridgewater was part of Payton’s process too, having identified the former first-rounder as being underrated and unappreciated following his struggles with the Minnesota Vikings.

Payton knew what he was doing then and also when he urged team ownership to get Hill signed and secured. Hill is the second-highest-paid backup in the NFL, earning $21 million over two years. The reason you pay that money is so that the recipient can perform a better-than-passable job when they are needed. On Sunday, Hill did just that.

Former All Pro Brandon Marshall was one of many who thought Payton would and should start Winston.

“In retrospect, (Payton) made the right call,” Marshall said on FS1’s First Things First. “Taysom Hill went out there and he played phenomenal. He had one of the most efficient, effective starts of any (QB).

“It was a genius move by Sean Payton. Moving forward I think (Hill) can still be efficient because it comes down to Payton putting him in position to win. (Hill) has everything he needs to lead this team until Brees is healthy.”

The month of September, when the Saints dropped back-to-back games against the Las Vegas Raiders and the Green Bay Packers, feels like a long time ago. Tom Brady and the Tampa Bay Buccaneers have been the talk of the town all season, but with seven straight wins and counting, it is their NFC South rival that is truly showing how it’s done.

At the point of the year when thoughts turn firmly towards the playoffs, the Saints are in control of the one seed, having carried on winning while the Seattle Seahawks and the Green Bay Packers have faltered intermittently. FOX Bet currently lists the Saints as the favorites to win the NFC at +275. Payton's team is listed at 6-to-1 odds to hoist the Lombardi Trophy, trailing only the Chiefs (+280) and Steelers (+550).

Confidence and togetherness might mean more in this season than any other, given the level of disruption that everyone has had to, and still must, contend with.

Hill, known as the “Swiss Army knife” due to his ability to do a little of everything on offense, completed 18 of 23 passes for 233 yards for a 108.9 QB rating on Sunday and was quick to give credit to the role of Brees in getting him ready.

“Man, Drew's the best,” Hill said. “I didn't fully understand what it took to be a starter in the NFL until I got here and I had the opportunity to learn from Drew. He was with me every step of the way this week. As we watched film, he was constantly asking me what I needed, and how he could be helpful. He was such a comfort for me to have around.”

And so, what should have been a disruption, wasn’t. Of course, the Saints would much prefer that Brees did not have 11 fractured ribs and a collapsed lung, but they’re not going to throw in the towel over it.

They’re refusing to make excuses and see no reason why the momentum should stall, just because. And they’re living by the reckoning that something is only truly a problem if there is no workable solution.

Generation Gap
It's GOAT vs. Baby GOAT! But beyond Brady and Mahomes, Geoff Schwartz examines the matchups that will decide Super Bowl LV.
16 hours ago

The Numbers: Andy Reid
It's back-to-back title games for Andy Reid. Here are the numbers that define the future Hall of Famer entering Super Bowl LV.
17 hours ago
those were the latest stories
Want to see more?
View All Stories
Fox Sports™ and © 2021 Fox Media LLC and Fox Sports Interactive Media, LLC. All rights reserved. Use of this website (including any and all parts and components) constitutes your acceptance of these Terms of Use and Updated Privacy Policy. Advertising Choices. Do Not Sell my Personal Info