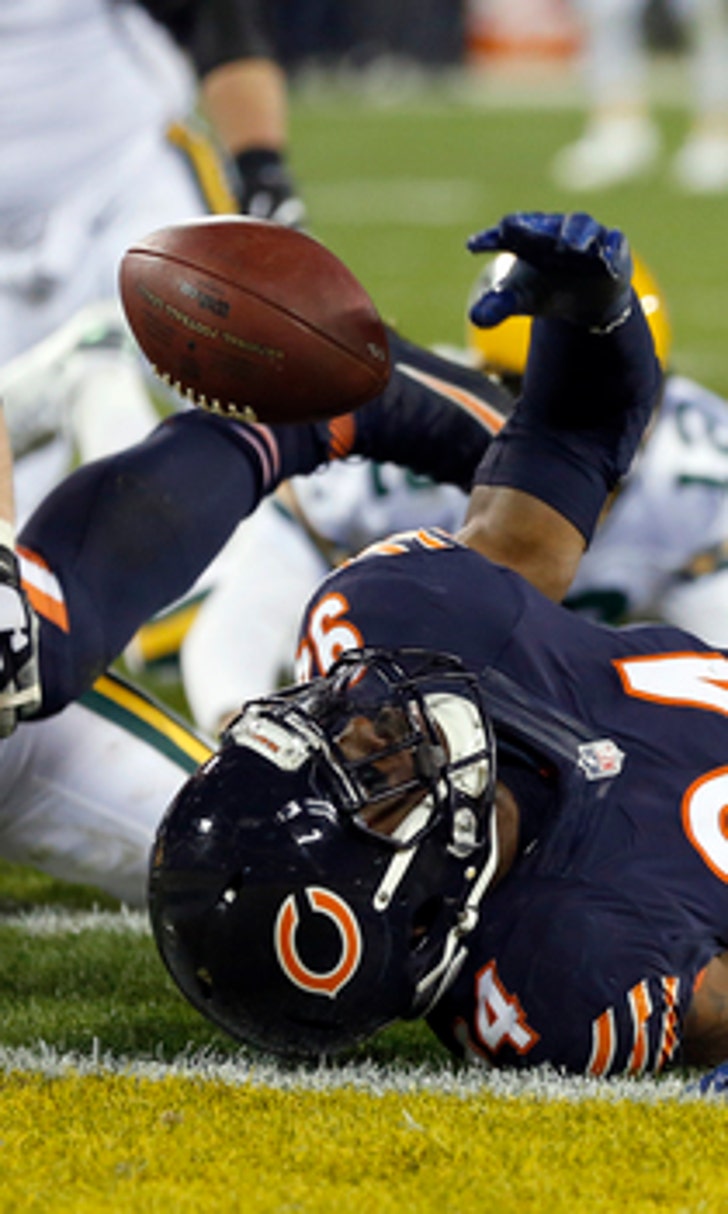 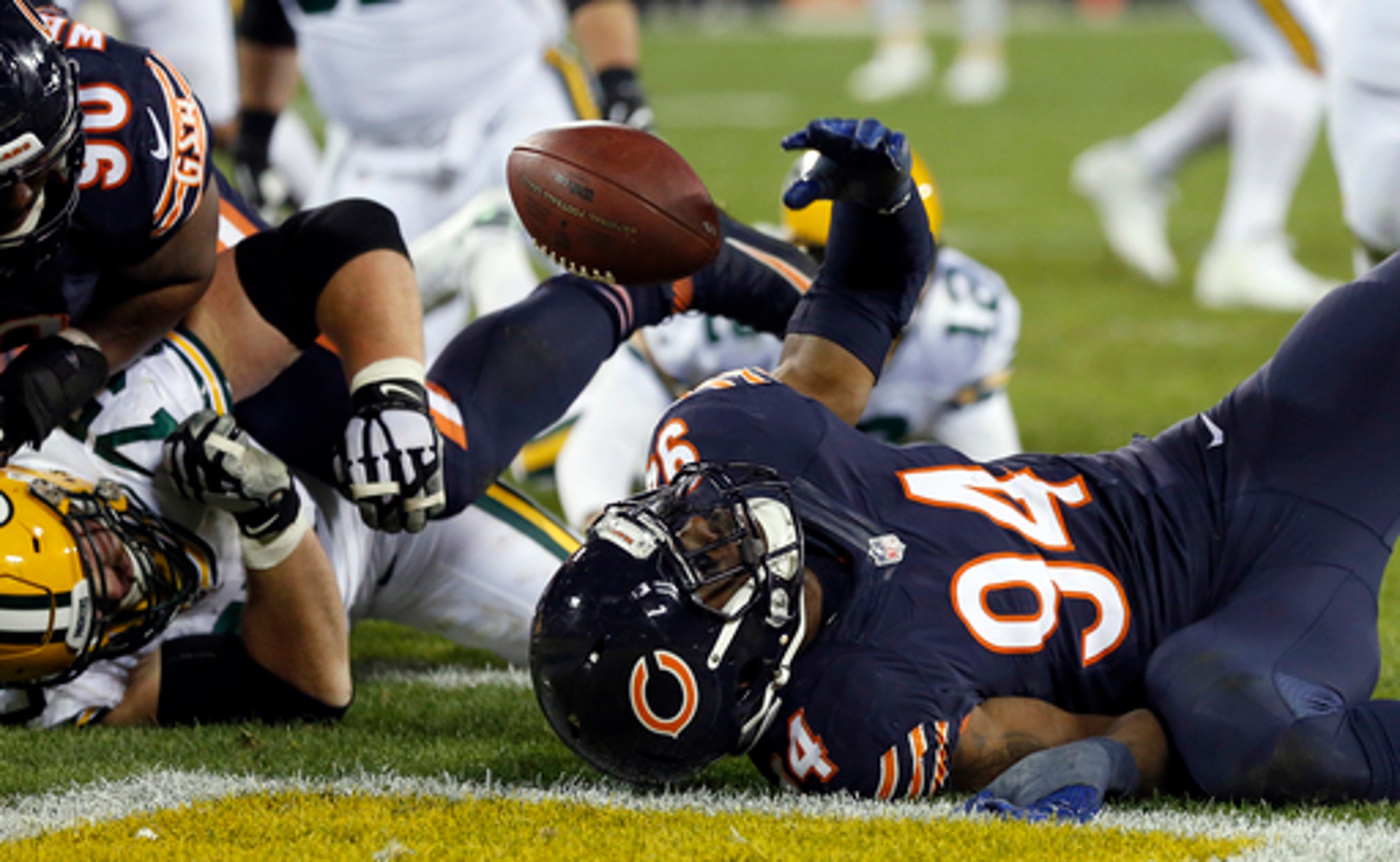 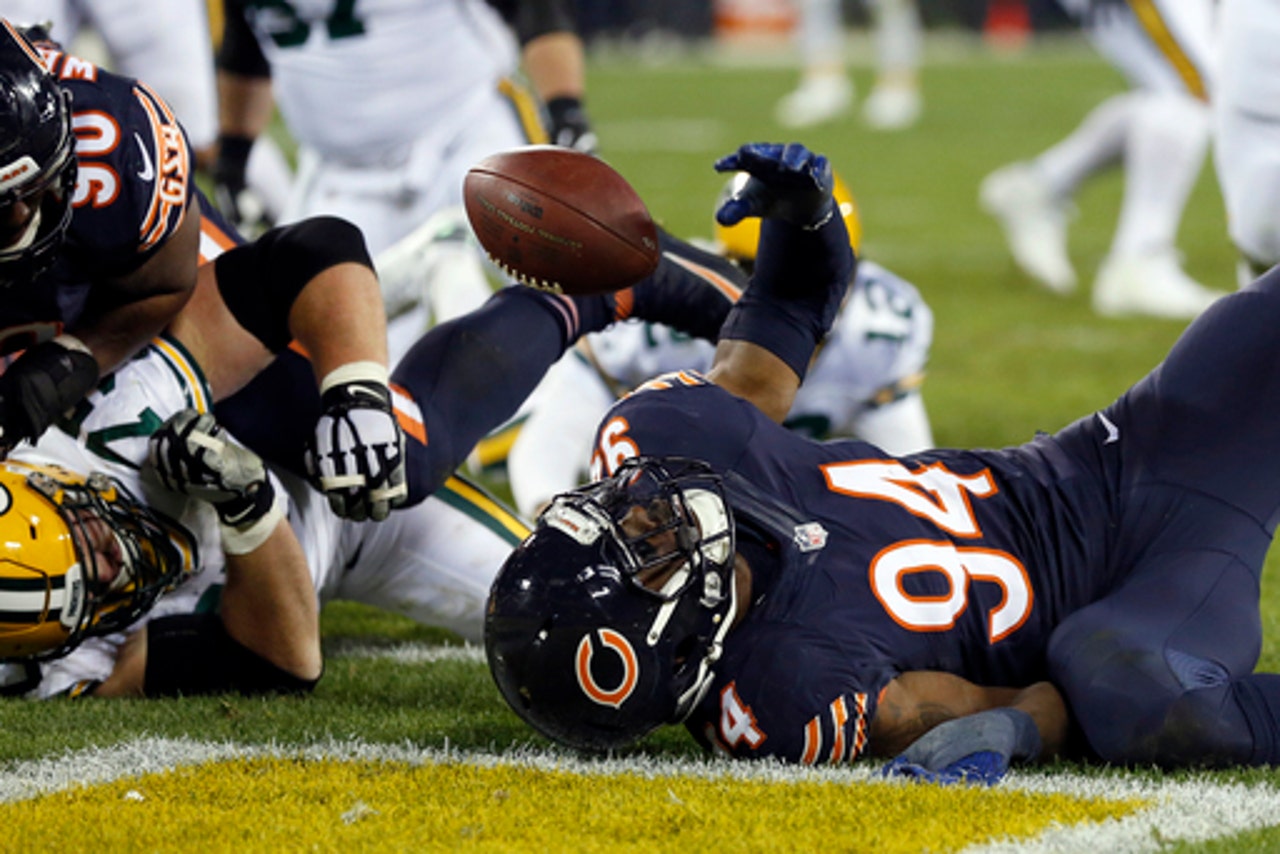 Rodgers was 39 of 56, setting a franchise record for completions in a game. It was the Packers' first contest without injured running back Eddie Lacy .

The Packers (4-2) moved effectively on short gains most of the night, but couldn't break into the end zone until Adams caught the first of his two touchdown receptions with 9:11 left in the third quarter for a 13-10 lead.

Rodgers and Adams combined again for a 4-yard score on the first play of fourth quarter for a 10-point lead.

It was effectively over from there for the Bears (1-6), who lost quarterback Brian Hoyer to a broken left arm in the second quarter.

With Jay Cutler already out with a right thumb injury, Chicago turned to third-stringer Matt Barkley.

An offense that was already 31st in the league in scoring got worse. Barkley was 6 of 15 for 81 yards and two interceptions.

Coach John Fox tried to lean on the rush against the NFL's third-best run defense. It didn't work either.

Kadeem Carey had 48 yards on 10 carries, including a 24-yarder. Receiver Alshon Jeffery was held to three catches for 33 yards against a Packers secondary without its top three cornerbacks because of injuries.

It got so bad for the Bears that Rodgers had more completions (37) than the Bears had offensive plays (36) by 5:31 of the fourth quarter.

That 37th completion for Rodgers was 2-yard touchdown pass to Randall Cobb for a 16-point lead.

Adams, Montgomery and Cobb each finished with at least 10 receptions.

Hoyer left early in the second quarter after getting hit by Julius Peppers and Clay Matthews on an incompletion on third-and-6 from midfield. The right-handed Hoyer looked as if he landed on his left arm . He was attended to by trainers on the field for a couple minutes before going to the locker room. Hoyer was 4 of 11 for 49 yards.

Adams had 13 catches for a career-high 132 yards, making Jordy Nelson-like moves to spin out of tackles for extra yards. Adams had just been cleared earlier Thursday from the NFL's concussion protocol after leaving the loss Sunday to Dallas.

Cobb finished with 11 catches for 95 yards.

Montgomery, who got the start in the backfield with running backs Lacy (ankle) and James Starks (knee) out, finished with 10 catches for 66 yards, and nine carries for 60 yards.

The Bears' only touchdown came from rookie pass-rushing linebacker Leonard Floyd, who forced Rodgers to fumble on third-and-10 from the 15 on a sack. Floyd recovered the ball in the end zone for a 10-6 lead, 30 seconds into the third quarter.

The Packers scored touchdowns on their next three drives.

The Packers moved effectively with short passes in the first half but stalled on three drives inside the 22. Mason Crosby salvaged two series with field goals, but the Packers went scoreless on another drive when Montgomery was stopped on a fourth-and-goal run from the 1.

Bears: Besides Hoyer, RG Kyle Long left in the second quarter with an arm injury.

Packers: RB Don Jackson, who was just activated from the practice squad Thursday to replace Lacy, left in the first quarter with a hand injury.

Titans-Steelers Game Postponed
The Titans and Steelers will see their Sunday tilt moved to either Monday or Tuesday after a COVID-19 outbreak in Tennessee.
6 hours ago

Toast in Texas?
Houston sits at 0-3 for the second time in three years. Can the Texans turn it around like in 2018? Or is the hole too deep?
22 hours ago