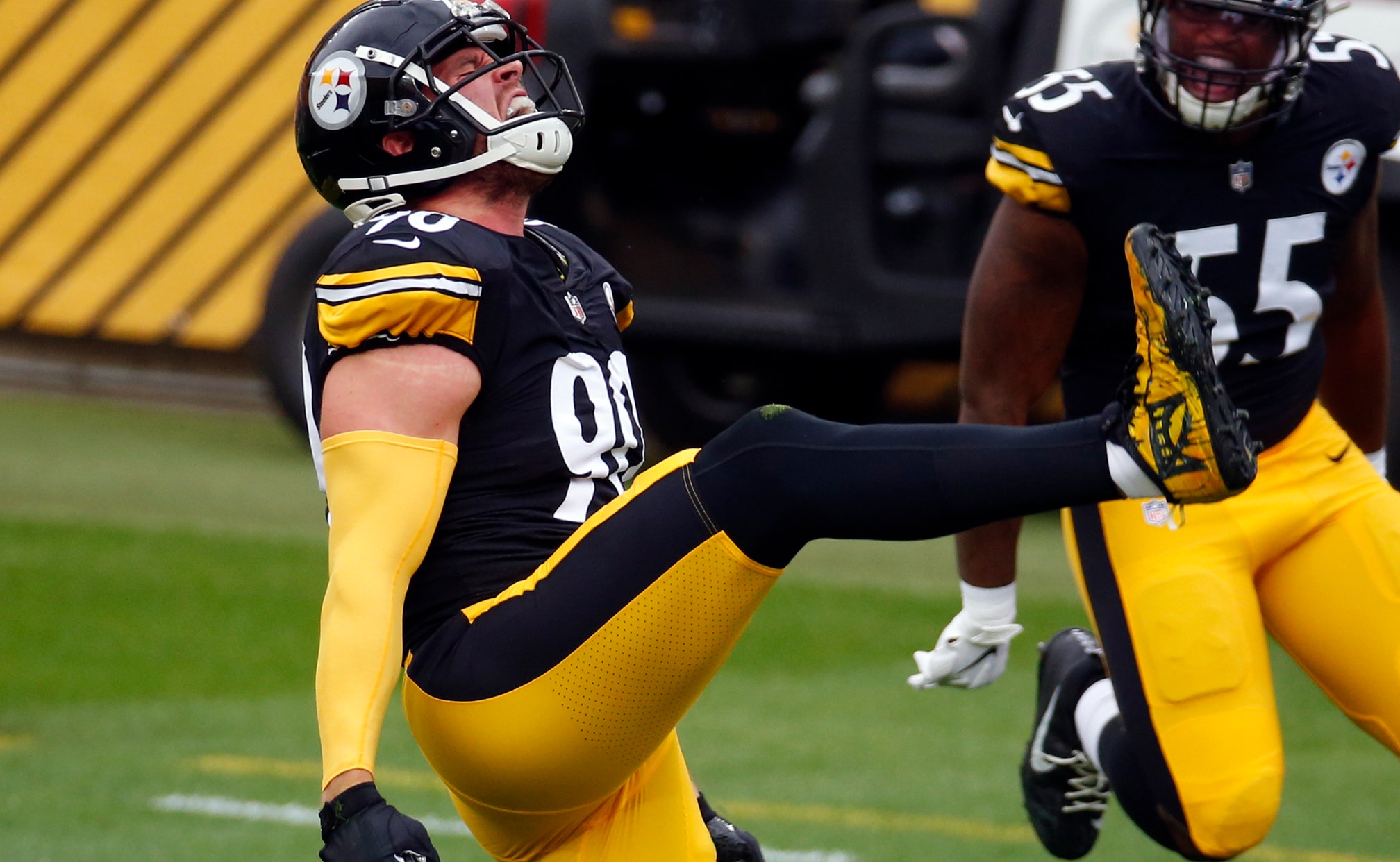 In the first four weeks of the NFL season, it appeared defense was non-existent and offense ruled the league. Not anymore. The best defenses are starting to separate themselves from the pack and show their worth for some of the top contenders.

As we look at wagering opportunities for Week 7, we can find value with defenses that can pressure the quarterback. Here are the lines I like this week:

I’ve been high on the Steelers all season, and they’ve made me look smart during their first 5-0 start since 1978. Now, they head to Nashville to face the red-hot and also undefeated Titans. This line opened with Pittsburgh as a slight two-point favorite, but has moved quickly to Tennessee giving two.

I feel Pittsburgh is the far better team, and I like this line even more now. Just looking at basic efficiency numbers: The Steelers are third overall in the NFL. They rank ninth on offense, second on defense and seventh on special teams. The Titans are eighth, coming in at third on offense, 22nd on defense and 26th on special teams. All those numbers favor the Steelers here.

But we can’t just wager blindly on these numbers. There are two other reasons why I like Pittsburgh to stay perfect.

First, the Steelers can pressure the quarterback. They are first in the NFL in pressure rate, blitz percentage and sack rate. The Titans offensive line is down both of their starting offensive tackles, with LT Taylor Lewan having torn his ACL just last Sunday. The Tennessee offense is drastically different without Lewan, who missed the first four games of 2019. Now, Ryan Tannehill was not the quarterback at that time, but the sacks per game doubled without Lewan in those four games, compared to the rest of the season. While the Steelers do blitz at a high percentage to generate pressure, they can use four to get home like we saw against the Browns last week. So I like the better pass rush against a Titans OL that’s hurting.

Second, I like this Steelers offense against the Titans defense, which can’t get off the field and doesn’t stop anyone in the red zone. The Tennessee defense is last on third down and last in the red zone. This is why they’ve played close games despite being excellent on offense. Besides their blowout of the Bills, the Titans have beaten the Broncos by two, Jaguars by three, Vikings by one and Texans by six with an overtime touchdown.

The most impressive defensive performance of Week 6 happened down in Tampa. The unbeaten Packers rolled into town, averaging 38 points per game in their four previous contests and coming off a bye. They left having been dominated by a very stout Bucs defense. Tampa Bay harassed Aaron Rodgers, forced turnovers and was able to shut down Green Bay's passing attack. The Bucs are built to stop the pass, as they have two levels of defenders who can run, which is why they currently rank first in pass defense EPA.

Tampa Bay will need those defenders who can mirror fast receivers when they play the Raiders, who just torched the Chiefs at Arrowhead before their bye week. When you examine that game closer, it appears the Chiefs defense was attempting to sit on underneath routes, something Derek Carr is known for targeting. Even after the offensive explosion against the Chiefs, Carr is only 26th in the NFL in air yards.

The fix is easy for Tampa. Sit on underneath routes and don’t get beat deep. The Bucs pass rush ranks second in pressure rate, and the Raiders will be without right tackle Trent Brown, who was added late to COVID list Wednesday. Well, perhaps the Raiders can just run the ball. Yes, they surely can, but guess who’s first against the run? That would be Tampa Bay. Only 25 percent of runs against this defense are successful.

Tampa Bay’s offense has been a work in progress, and that progress appeared to finally pay off against the Packers on Sunday. They played a clean game and scored points with a balanced offensive attack. The offense isn’t as dynamic as the top units in the NFL, but they should only improve. Now, the Bucs get a poor Raiders defense to keep that improvement going. The Raiders defense is 28th in EPA and 31st in DVOA. So, Tampa Bay will score at will in this game and be able to shut down the Raiders offense. Love the Bucs.

Yes, the Browns got embarrassed against the Steelers, and people are jumping off the bandwagon. This number opened with the Browns favored by 4.5, but it has fallen a point. The Bengals aren’t a good football team. They are 29th in DVOA, and the Browns have beaten up on teams that aren’t the Steelers or Ravens this season.

The Cleveland offense is built to run first, something the Bengals defense (29th in yards per rush allowed) isn’t good at stopping. When the Browns run the ball, their offense scores points, as it did in their first matchup in Week 2. Rushing the ball keeps Baker Mayfield in advantageous situations to throw. When he gets those opportunities, he can connect with Jarvis Landry and Odell Beckham Jr. for big plays – and the Bengals defense ranks 31st in allowing explosive plays.

On the flip side, the Bengals offensive line is a complete mess, and that might be putting it nicely. Myles Garrett, an All-Pro-level defensive end, was shut down at Pittsburgh, and I expect him to bounce back with a monster game Sunday. The Bengals offense is 29th in the red zone, which means they don’t convert scoring opportunities into touchdowns, and they are 31st in explosive plays. It’s hard for an offense to score enough points to cover games when they can’t do any of this well. Remember, the Bengals covered this game earlier in the season because Joe Burrow threw the ball 61 times. That’s not going to happen again Sunday.

I hate myself for going back to bet on the Washington Football Team, but they covered for me last weekend against the Giants. Now, they get a wounded Cowboys team coming to D.C. This line isn’t about value, it's about a matchup that I love. The Washington Football Team has an outstanding defensive line. The Cowboys have a makeshift offensive line, and that might be generous. They are playing with a backup LT, C, RG and RT, and some of those positions, like RT, are playing with third-string linemen.

Against an average Cardinals defense on Monday night, the Cowboys offense showed it isn’t the same without Dak Prescott. Now they play a WFT defense that allows only 207 yards passing per game, best in the NFL. Washington will not allow the Cowboys to score much.

We know the Cowboys can’t stop anyone, and while the Washington offense isn’t good with Kyle Allen, the Cowboys have made every offense look fabulous this season. The Cowboys are allowing 36.5 points per game and if that number held, they’d rank as the worst scoring defense in the Super Bowl era. Washington has struggled to run the ball, but it faces a defense allowing 173 yards per game on the ground. Everything should click for the Washington offense this weekend.