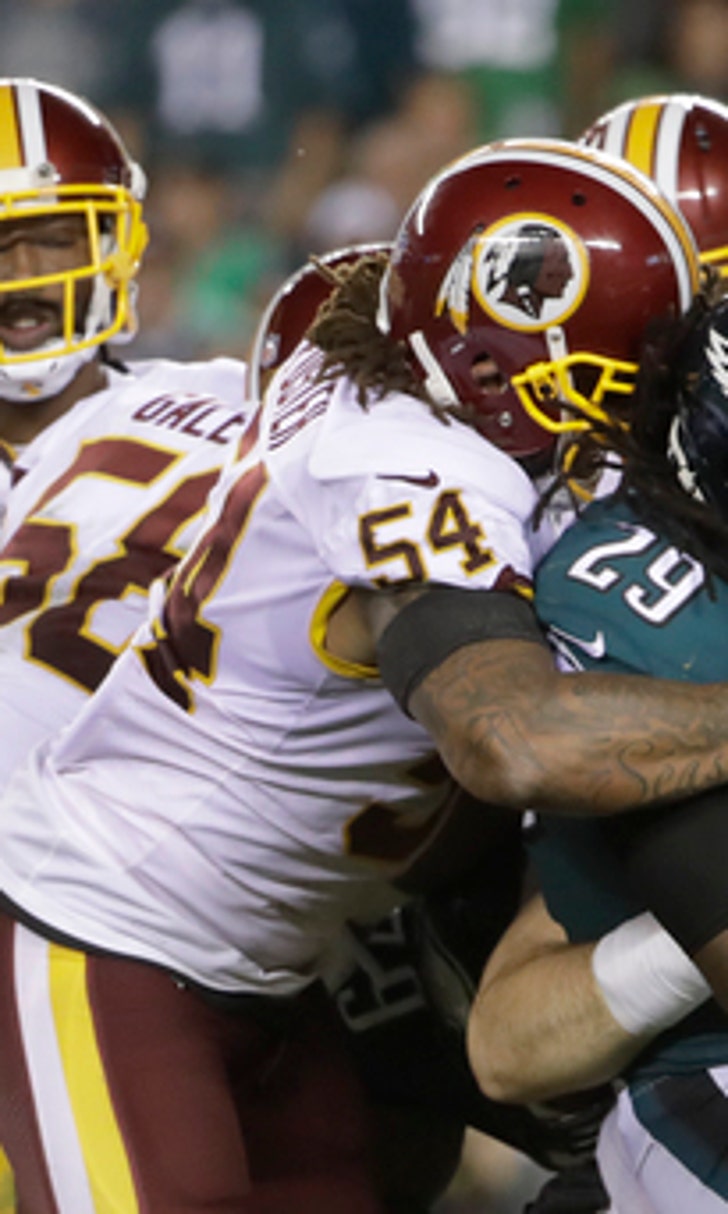 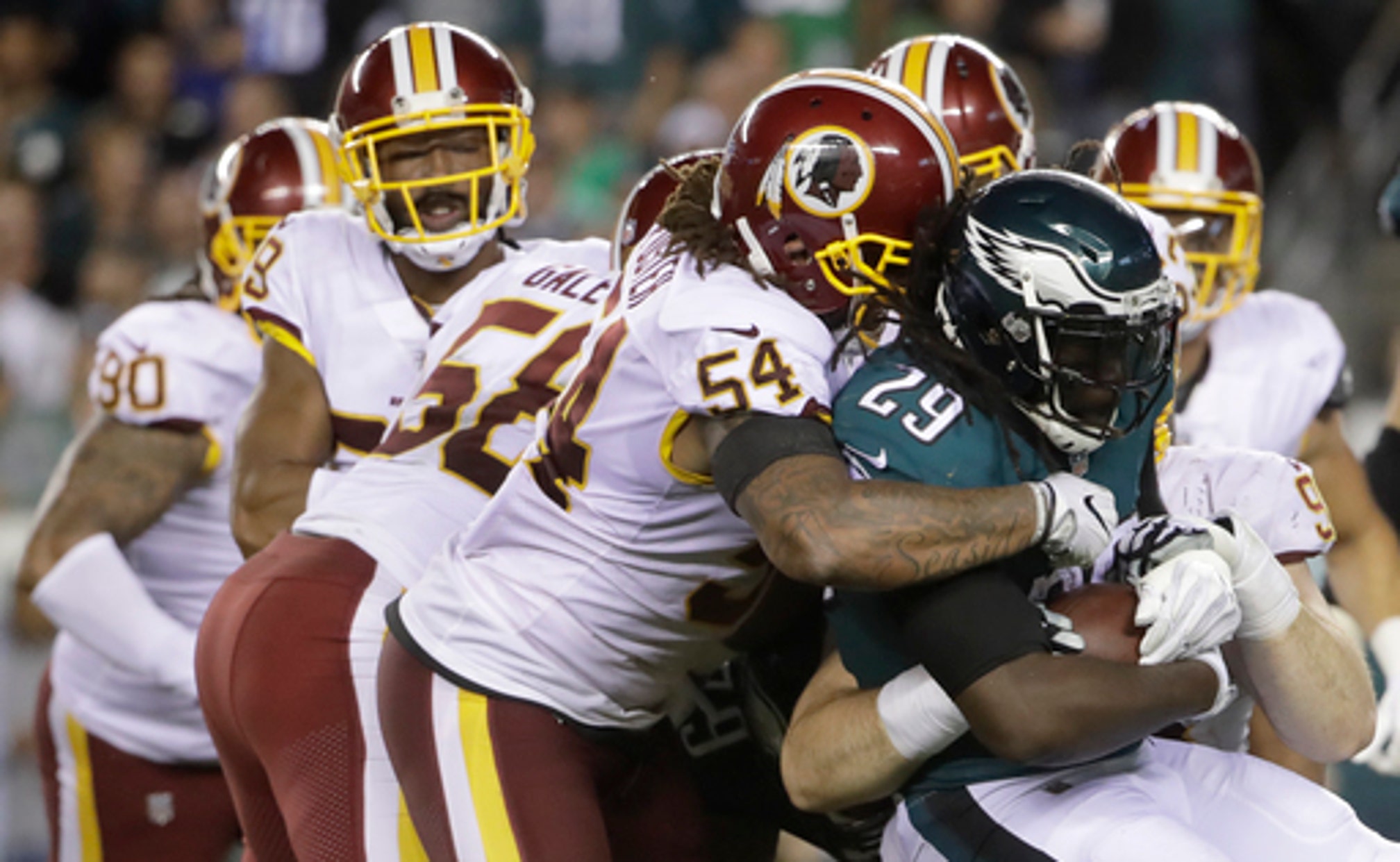 ASHBURN, Va. (AP) The Washington Redskins will be without center Spencer Long against the Dallas Cowboys on Sunday, and without linebacker Mason Foster for longer than that.

Long has a knee injury, and Foster is set to have surgery on his right shoulder. On Saturday, the Redskins placed Foster on injured reserve and waived running back Mack Brown, signing offensive linemen Orlando Franklin and Arie Kouandjio.

Foster had been playing with a torn labrum in his shoulder since the second quarter of the Redskins' Week 2 game at the Los Angeles Rams, a victory he sealed with an interception.

''He's been dealing with the issue for some time now and I think the pain has become an issue,'' coach Jay Gruden said Friday. ''He wants to get it fixed now.''

In a series of tweets early Saturday morning, Foster appeared to criticize some in the organization for the handling of his injury. He posted a message saying business is business and ''they don't care about us,'' while defending coaches, trainers and teammates and adding that former general manager Scot McCloughan ''wouldn't have done me like that.''

A team spokesman did not immediately respond to a request for comment about Foster's tweets.

Gruden said he just found out what was going on with Foster on Friday morning.

''He's been trying to play with it, and hats off to him for fighting through the injury,'' Gruden said. ''There's certain, I guess, categories of what he has right now and his is pretty painful. He can't sleep at night. He wants to get it fixed and I don't blame him. He fought through a couple games for us and I think just the pain has been unbearable for him. His range of motion isn't there and he wants to get it fixed.''

Will Compton figures to move into the starting lineup in place of Foster as the Redskins' depth continues to be tested.

The Path of Least Consistence
For the NFC East, wins haven't been aplenty. However, intrigue has been in never-ending supply.
12 hours ago

Washington Runs Over Cowboys
Antonio Gibson's huge day gave Washington an important victory against the Cowboys and first place in the NFC East.
2 days ago

The Story Of America's Team
Jimmy Johnson and Troy Aikman reflect on their Dallas dynasty ahead of the Cowboys' annual Thanksgiving Day game.
3 days ago
those were the latest stories
Want to see more?
View All Stories
Fox Sports™ and © 2020 Fox Media LLC and Fox Sports Interactive Media, LLC. All rights reserved. Use of this website (including any and all parts and components) constitutes your acceptance of these Terms of Use and Updated Privacy Policy. Advertising Choices. Do Not Sell my Personal Info