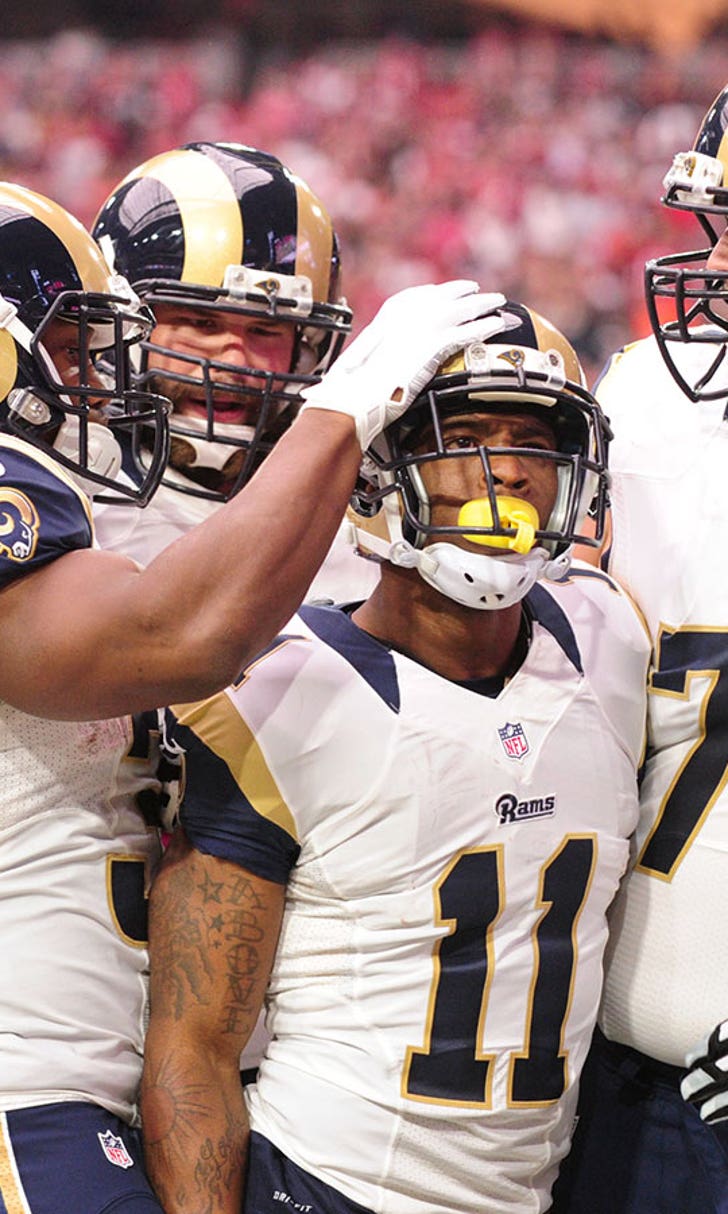 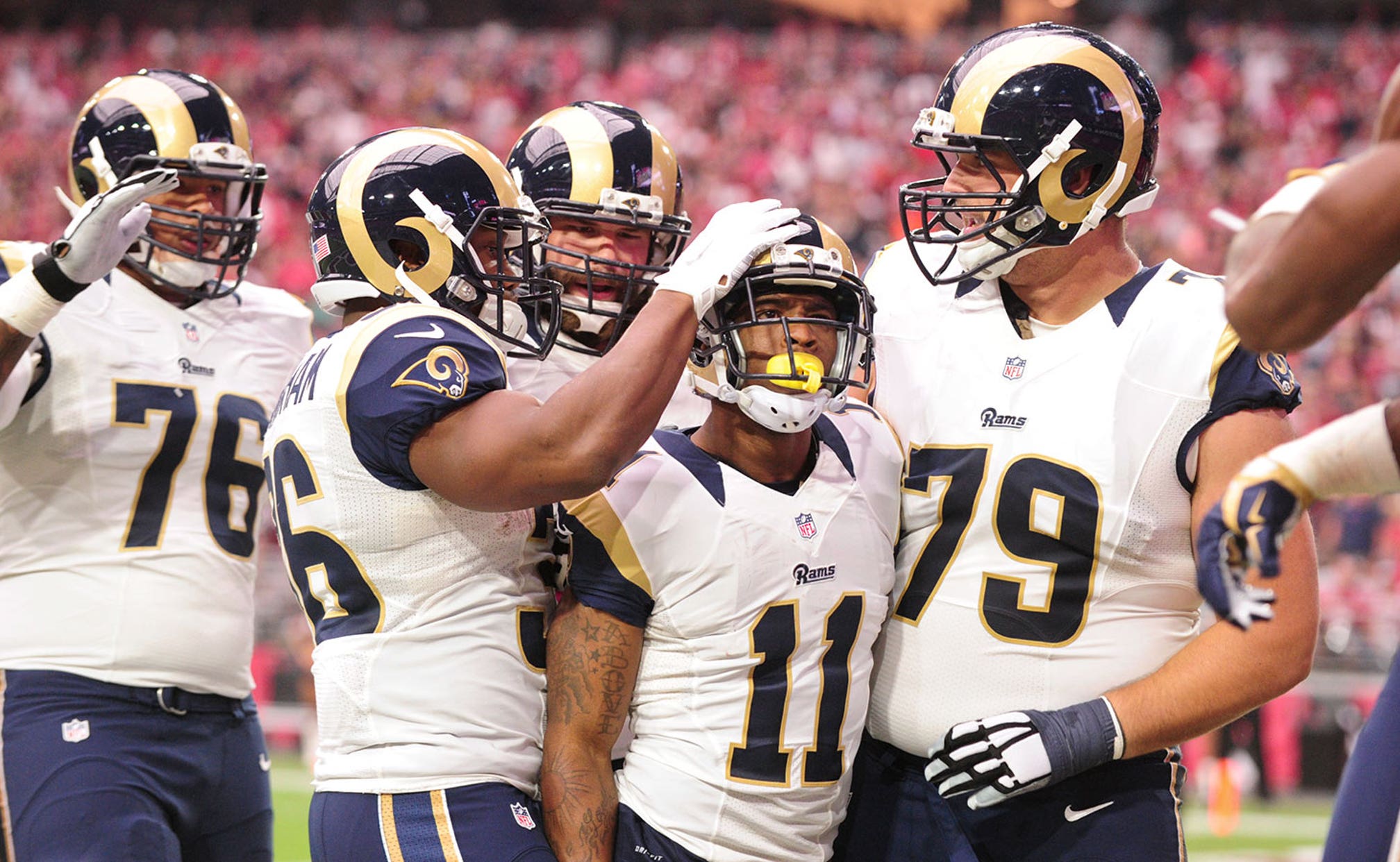 Rams come up big, end the fun for the Cardinals 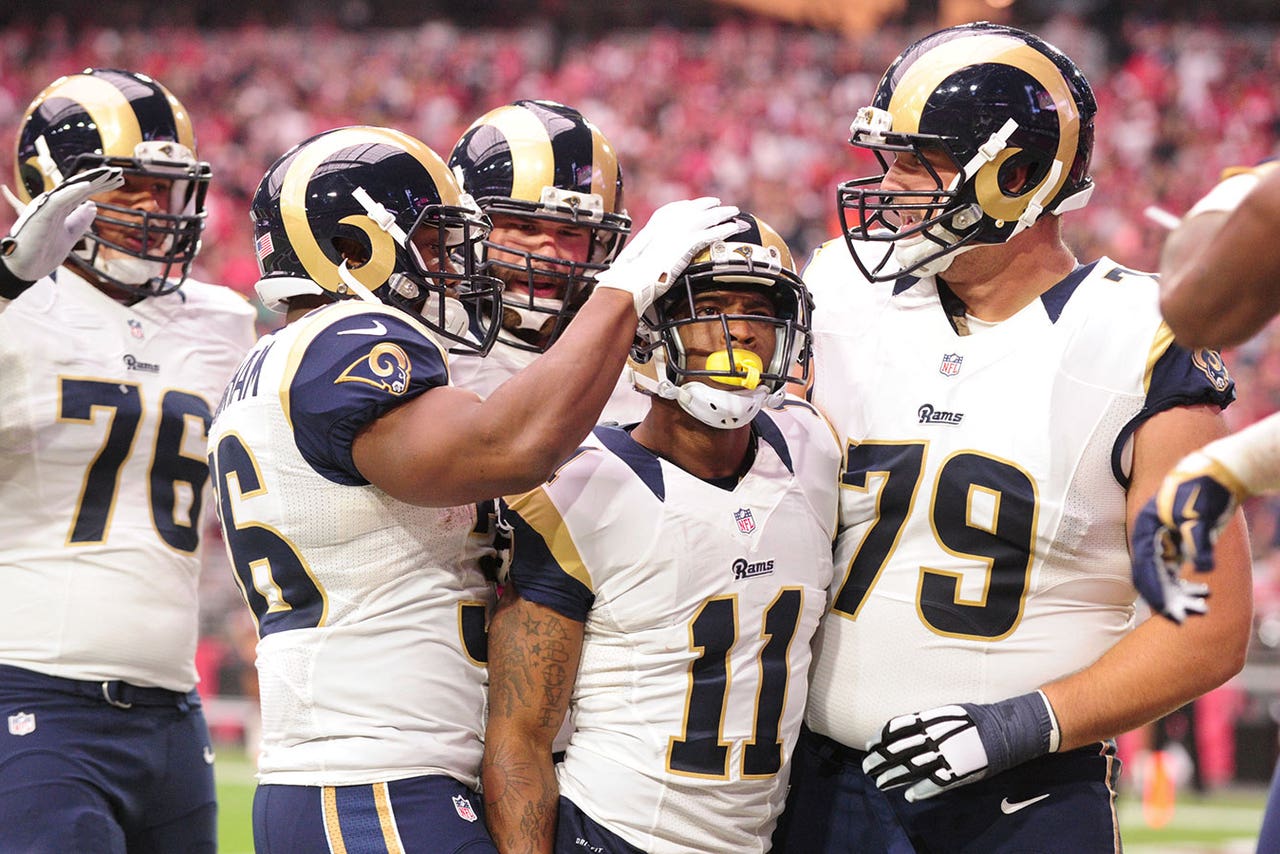 Bruce Arians watched Todd Gurley's second-half NFL coming-out party and proclaimed him "a heck of a back."

And a backbreaker for Arians' Arizona Cardinals.

The St. Louis rookie rushed for all but two of his 146 yards after halftime and the Rams held on to hand the Cardinals their first loss of the season, 24-22 on Sunday.

Gurley saw his most extensive action as a pro and his 52-yard run set up what was the winning touchdown.

"It is just football," he said, shrugging off the performance. "I have played it my whole life and you ready your keys and study the game and everything will slow down for you."

Nick Foles threw for three TDs, two after Arizona turnovers, and St. Louis' defense held the Cardinals (3-1) to field goals on four of five trips inside the red zone.

Arizona had a third-and-2 at the Rams 43 in the final minutes, but Carson Palmer overthrew receivers on consecutive plays to turn the ball over on downs.

"You're not going to win many games kicking field goals in the red zone and losing the turnover battle," Arians said, "especially in our division."

St. Louis scored after Arizona rookie David Johnson fumbled away the opening kickoff, the first time the Cardinals have trailed this season, and never relinquished the lead. Johnson also dropped a touchdown pass, but had some big plays late in the game.

The bad outweighed the good, Arians said. "He played like a rookie today," the coach added.

"Every time we are in the red zone, we don't let nobody cross into the end zone," cornerback Janoris Jenkins said.

It was only the fourth loss in the Cardinals' 19 home games under Arians, and Palmer lost for the first time in 10 starts. He completed 29 of 46 passes for 352 yards with one touchdown and one interception.

Gurley, who was delayed in his pro debut by a knee injury, gained 9 yards in six carries in his debut last week against Pittsburgh and had 5 yards on three attempts in the first half Sunday.

"Last week was tough on him," said Tavon Austin, who had two touchdown catches. "He came out this week and exploded."

Gurley could have had more, but slid to the ground to help run out the clock late.

The Cardinals finally got their only touchdown when Palmer lofted a 19-yard pass to Johnson for the score that made it 24-22 with 4:38 left.

Johnson, who had a 108-yard return on the opening kick two weeks ago, brought it out again to open this game. At about the 15-yard line, Mark Barron knocked the ball loose and Daren Bates jumped on it for St. Louis at the Arizona 13. On third down from the 12, Foles threw over the middle to Austin, just the Rams' seventh touchdown of the season, and Arizona trailed for the first time this season.

NOTES: St. Louis coach Jeff Fisher said inside linebacker Alec Ogletree broke an ankle in the first half and will require surgery. Fisher said he didn't know if Ogletree would be lost for the season, that he might be listed as injured designated to return. ... The Rams sacked Palmer four times. He was sacked once in the first three games.

Rams Defense Dominates Brady On MNF
The clutch Brady of old was nowhere to be found Monday. Instead, Sean McVay's squad simply made the Bucs QB look old.
1 day ago

Herd Hierarchy: Week 11
Heading into Week 11, Colin Cowherd admits he had to make some tough cuts in his 'Herd Hierarchy.' See who's in and who's out.
6 days ago