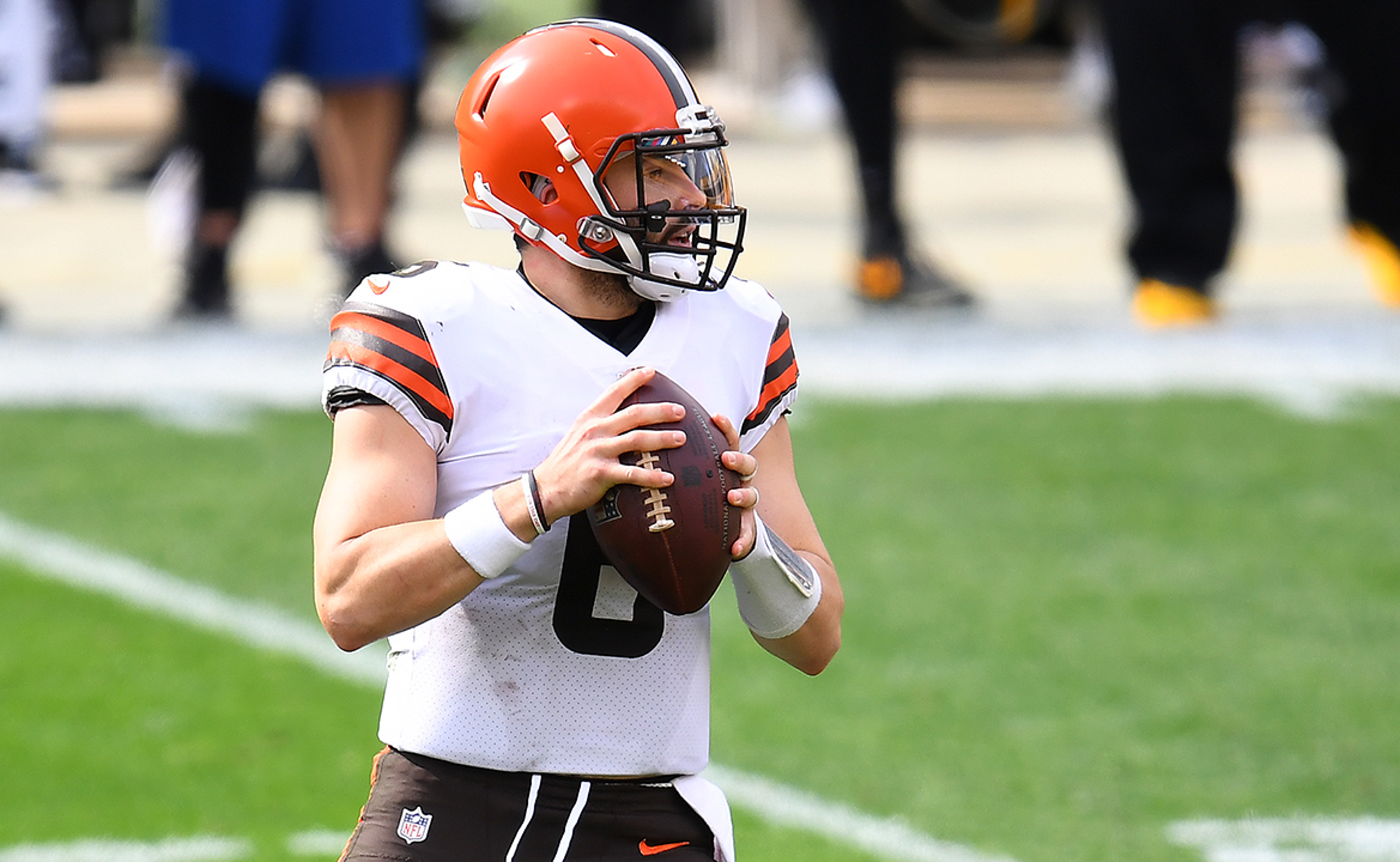 Just when it felt like the union between Baker Mayfield, Kevin Stefanski, and the rest of the Cleveland Browns seemed to be going swimmingly, the honeymoon phase abruptly ended.

Now, all eyes are on Mayfield in particular, to rectify the reversal of fortune.

Sunday was not Mayfield's day.

Early in Cleveland's Week 6 matchup with Pittsburgh, Mayfield threw a ball into double coverage early, which was intercepted by the Steelers' Minkah Fitzpatrick.

That pick-six effectively set tone for the rest of the game, as Cleveland punted on its next three possessions before Mayfield threw his second interception of the day.

Mayfield struggled for the entirety of the day, completing 10 of 18 passes for 119 yards and a touchdown, while Cleveland went 1-for-12 on third down and failed to convert three short fourth down attempts.

In Mayfield's defense, the Browns met a formidable foe in the Steelers' defense. Pittsburgh is allowing the second-fewest yards per game of any team in the league (285.2), trailing only the Tampa Bay Buccaneers (282.0).

Still, despite the vintage 'Steel Curtain' performance from Pittsburgh, Mayfield's woes weren't easy to ignore come Monday, especially for Colin Cowherd, who went as far as to say that Baker is not the future of the Cleveland franchise.

"Put heat on him [Baker], he'll fold like a deck chair. He cannot be your franchise quarterback. He's the problem now."

The stats say that so far in his career, the less Baker throws, the more Cleveland wins.

Furthermore, the Browns entered Sunday at 4-1, mainly by executing an offensive game plan that prioritized the run.

Cleveland boasts the No. 1 rushing offense in the league, averaging 169.5 yards.

But prior to Sunday, that number was 188.4 rushing yards per game through the first five games.

However, the Steelers would have none of that rushing attack this past weekend.

The Browns tallied just 75 yards (3.4 yards per carry) on 22 carries, and Pittsburgh held Cleveland to 48 yards rushing until the fourth quarter, when Cleveland running back Dontrell Hilliard picked up 27 yards on two carries.

Browns starting back Kareem Hunt ran it 13 times for a mere 40 yards, and his longest run of the day was 10 yards.

And as the running game suffered, so did Baker, who suffered a rib injury and was replaced late in the third quarter by backup Case Keenum.

Still, four-time Pro Bowl quarterback Michael Vick believes it's too early to give up on Baker as the franchise QB.

Baker catches a break next week, as he will take on the last-place Cincinnati Bengals in the AFC North (1-4-1),

Following its matchup with Cincinnati, Cleveland's next four opponents currently have a combined record of 6-16-1.

But if Mayfield can't bake those squads, his time in the kitchen just might be in jeopardy.