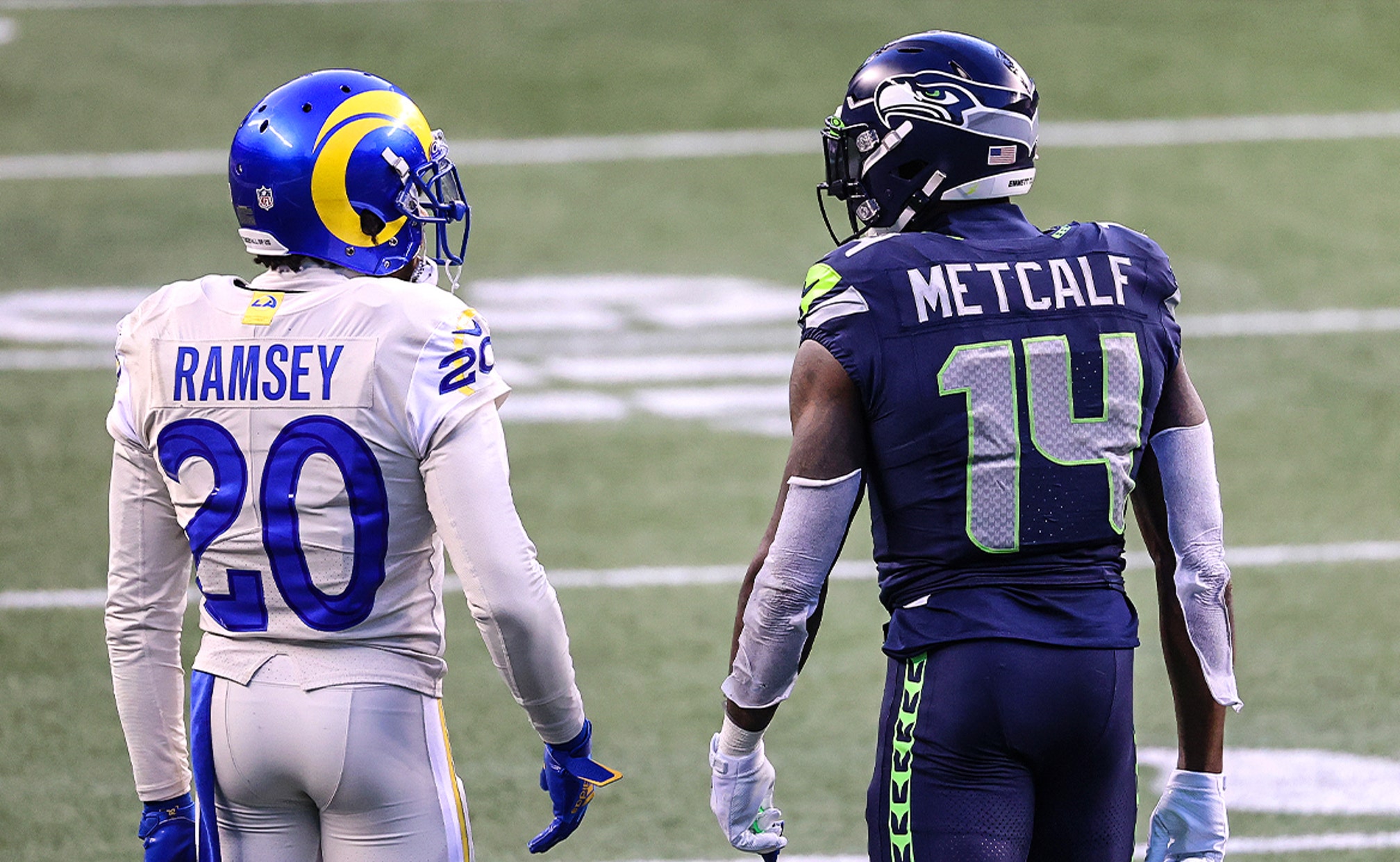 In his latest installment of QB7, former Pro Bowler Michael Vick breaks down the seven most important on-field matchups ahead of Super Wild Card weekend.

Gibson had a productive rookie season for Washington, rushing for 795 yards and 11 touchdowns.

On the other side, he figures to often run into Buccaneers veteran linebacker Lavonte David, who has long been one of the NFL's premier linebackers, and is fresh off of his eighth season with more than 100 total tackles.

Vick's Take: "Now this is either going to be good or bad for one of the two. Stefon Diggs, breakout season –1,500 yards receiving, basically proving to be unguardable. On the other side, the savvy vet, Xavier Rhodes. If he puts his hands on you, it's over. He's strong and physical."

As Vick pointed, it was indeed a breakout season for Diggs, who led the NFL in receptions (127) and receiving yards (1,535) in his first season in Buffalo.

But Rhodes has a proven track record as one of the game's elite cornerbacks, being named to the Pro Bowl three times and First-Team All-Pro in 2017.

Vick's Take: "Now Baker, I know you have been waiting for this moment for a long time – for the last three years – and now it's here. Keep your composure and keep your emotions intact. Minkah Fitzpatrick is going to be tracking as well. Four interceptions this year – a ball hawk."

For Mayfield, it has been a bounce-back season in his third year after a sophomore slump. He increased his touchdown total in 2020 by four (26), while throwing a career-low eight interceptions, after throwing 21 in 2019.

He'll need to continue to take care of the ball against the Steelers and their All-Pro safety, Minkah Fitzpatrick, who has nine interceptions in 30 career games with the Steelers.

Vick's Take: "Darius Leonard is definitely a guy I wouldn't want to play at this time. A tackling machine, sideline to sideline, and the quarterback of the defense so to speak. And on the other side, Josh Allen, the quarterback of the offense. Master manipulator, escapability, big-time arm – he can do it all."

While his top target Diggs had a breakout year of his own, Allen's rise to superstardom coincided with that success, and landed the Bills the No. 2 seed in the AFC.

Meanwhile, Leonard recorded his third consecutive season of at least 120 total tackles, with 132 on the year. He's a two-time Pro Bowler and was named First-Team All-Pro in 2018.

Vick's Take: "Marcus Peters is known for locking down some of the league's best. Great with his hands and a smart, savvy football player. A.J. Brown, on the other hand, could be a difference-maker. His yards after the catch is one of the main reasons he is one of the best in the NFL."

If there's one thing that Baltimore Ravens cornerback Marcus Peters does better than just about every cornerback in the NFL, it's create takeaways, with 31 career interceptions since entering the league in 2015.

Titans receiver A.J. Brown is one of the best big play wide receivers in the NFL currently, averaging 15.4 yards per catch. He's also tied for fifth in receiving touchdowns this season with 11.

Vick's Take: "Now this has been a one-sided matchup all season. In two games, DK Metcalf only had eight catches for 87 yards, and with Jalen Ramsey shadowing him, one catch for 11 yards."

Ramsey has proven to be worth every bit of the five-year, $105 million contract he signed with the Rams before the season, and he led the secondary of a defense that allowed the fewest points per game in the NFL this season (18.5).

For Metcalf, it has been a rise to superstardom in his sophomore season, with 83 catches for 1,303 yards and 10 touchdowns.

Vick's Take: "Now Chase Young uttered the words that he was coming after Tom [Brady]. And if he said it, he probably meant it. Donovan Smith, you got your work cut out for you."

For Smith, his job is simple in theory, but difficult in execution: keep Tom Brady upright.

A Problem in Houston
Deshaun Watson is not happy with the Texans, and reports are that a trade is not off the table. How did we get to this point?
3 mins ago