When two legendary quarterbacks, both Super Bowl champions in their own right, square off in the playoffs for the first time Sunday, there's more than a shot at the Lombardi Trophy on the line.

Green Bay Packers quarterback Aaron Rodgers will host Tampa Bay Buccaneers QB Tom Brady in a matchup for the ages at Lambeau Field, one in which both QBs have the chance to further cement their legacies. 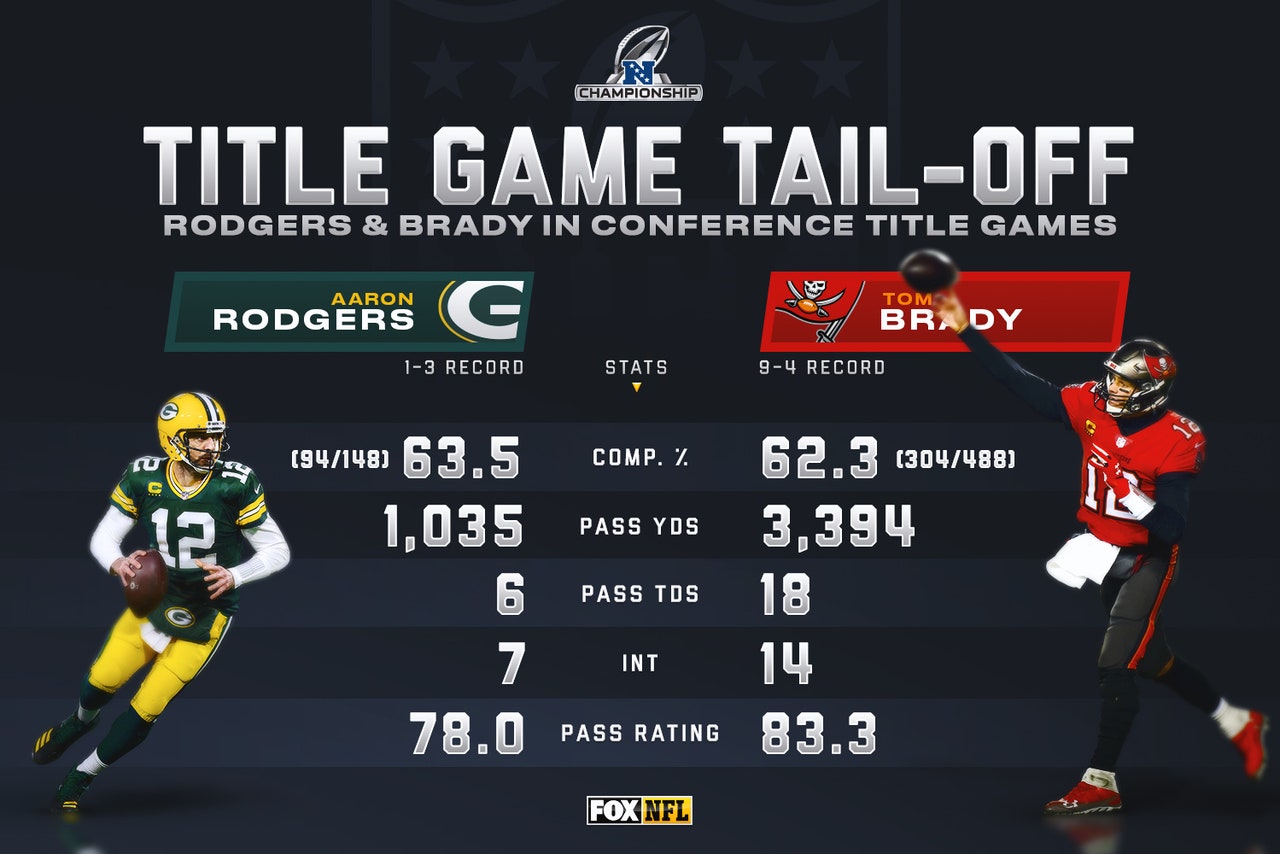 This season, Green Bay matched its 13-3 record from a year ago, and the franchise found its rhythm with second-year coach Matt LaFleur, boasting the NFL's top scoring offense (38.1).

But Rodgers, heading into his fourth NFC Championship Game since his Super Bowl victory 10 years ago, is still looking for his second Super Bowl title.

Now 37 years old, with his possible replacement on the roster, Sunday's game might spell Rodgers' last chance to make it to the grandest stage.

Rodgers has home-field advantage in the NFC Championship for the first time in his career, and that could be a difference-maker Sunday, especially after last year's conference title game, in which the San Francisco 49ers embarrassed the Packers 37-20.

With Rodgers' clock ticking, plus his continued struggle to make it back to the Super Bowl, FOX Sports analyst Nick Wright believes the Packers' QB is feeling more heat than Brady heading into Sunday.

"This game has much more meaning for Rodgers in legacy and career than it does for Brady ... They are the favorites. They are playing a 43-year-old quarterback. [Rodgers] needs to win this game. He needs to get to another Super Bowl."

In addition to making it one step closer to the big prize, Rodgers has a shot at redemption Sunday, after Brady took their Week 6 matchup in Tampa this season. The 38-10 Packers loss was the biggest stain on Rodgers' MVP campaign and the club's 14-3 season.

But Brady is obviously no slouch, heading to his 14th title game appearance, this time in a different conference.

Brady moved south to Tampa after 20 years in Foxborough, ending a run of nine AFC title games and six Super Bowl championships with Bill Belichick and the New England Patriots.

He joined a Bucs roster that had all the elements in place – a strong offensive line, elite receivers and a young, playmaking defense – in search of a championship without Belichick.

Not to mention, with two more victories, Brady would hold seven Super Bowl titles. Not a single organization in the history of the NFL has that many championships.

However, FOX Sports analyst Shannon Sharpe doesn't think a win would mean more for Brady, arguing that the future Hall of Fame quarterbacks are under equal amounts of pressure.

"There is no right or wrong with this ... The pressure is on both because [a loss for] both would be a huge disappointment."

Which veteran QB will emerge victorious? The odds are in Rodgers' favor, as according to FOX Bet, Green Bay is a 3.5-point favorite, but if history has shown handicappers anything, it's to never count out Brady.

One thing is for sure: It'll be a legendary battle.

Another Dimension
Is Kyler Murray a Super Bowl-level quarterback? J.J. Watt seems to think so, and Colin Cowherd agrees with the new Cardinal.
14 hours ago