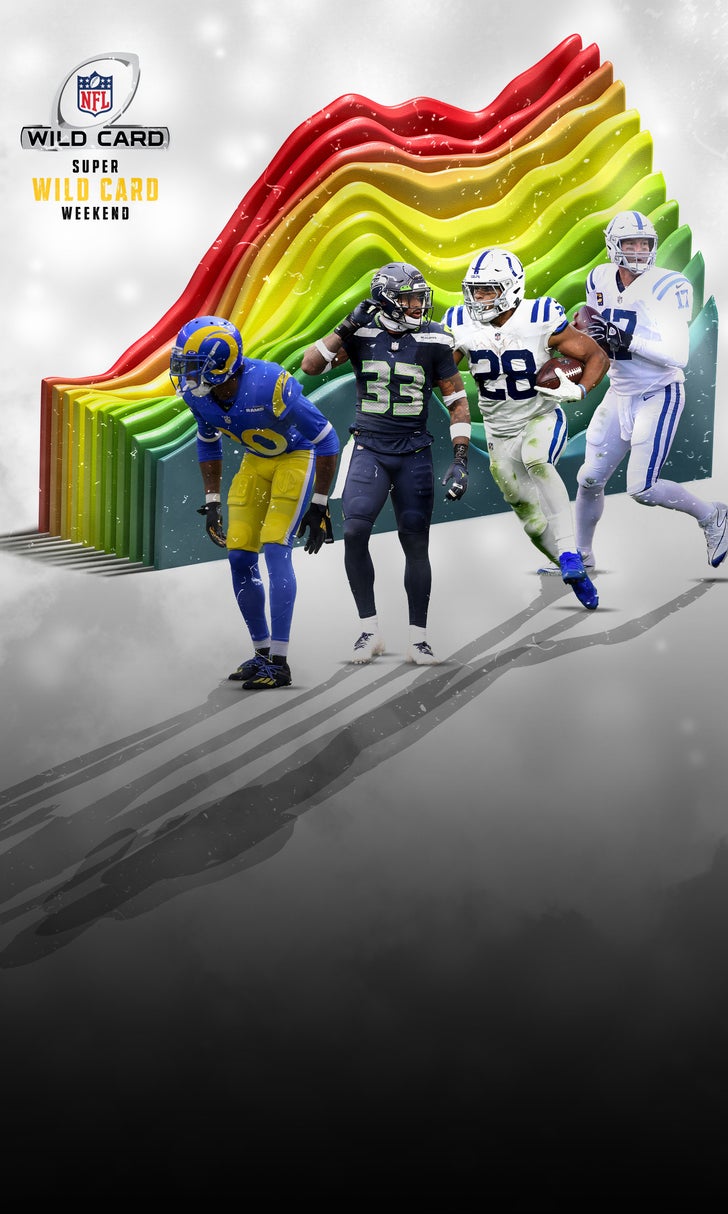 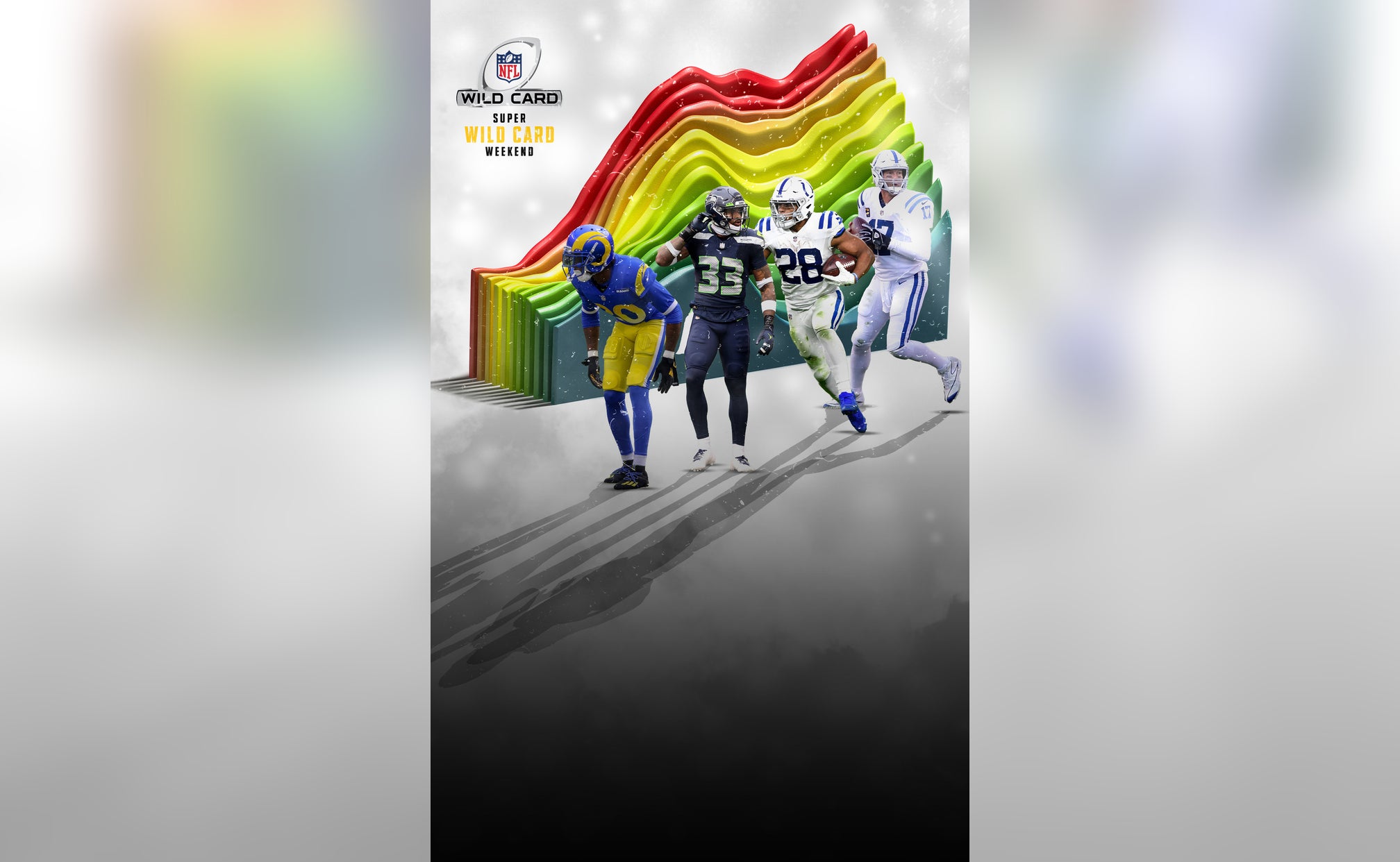 previous story
The 2020 NFL On FOX Awards
next story
How To Win Big In Rams vs. Seahawks
National Football League

The Best Bet For Each Wild Card Game

The NFL playoffs have arrived, folks.

Six wonderful games spread over two days. And what's even better? I’ve given you my favorite picks for each game along with a confidence meter with that wager below!

Enjoy the games this weekend. (All odds via FOX Bet)

I believe Buffalo will win this game. They are on fire. They are scary. They could win the entire thing. However, if you’re looking for an upset this weekend, I think this is the best spot. This is a small, pizza-money bet.

It takes eight to 10 weeks for an offense to get rolling with either a new quarterback and/or a new scheme. The Colts fit this model exactly. In the last eight weeks of the season, the Colts offense had 30 points per game and 395.6 yards per game, both in the top 6 over that span.

The Colts rushing attack, which can be the foundation of the offense at times, has picked up with rookie Jonathan Taylor getting used to the speed of the game. Since Week 11, he’s averaging 123.6 yards per game and 6.2 yards per attempt. This is at the heart of how the Colts can win this game. Attack the weakness of the Bills defense, their rushing defense. We’ve seen teams have success this season when that was their game plan.

Now, can the Colts stop Buffalo’s red-hot offense? It will be tough, but maybe they have the formula. The Colts have the 11th highest pressure percentage without pressuring often, being second-lowest in bringing an extra rusher. When the Colts rush four or fewer, they only allow a 53.7 completion percentage and have yet to allow a single touchdown when rushing four or fewer.

Most quarterbacks struggle against pressure and while Josh Allen’s completion percentage is way down against the blitz, his average yards per attempt are above 15 against pressure. So, he takes advantage of pressure. If the Colts just sit in zone, don’t allow Allen to make those late-in-the-down plays or explosive plays, they could slow down the Bills. Again, I think the Bills win but this is the best chance for an upset.

This game is setting up to be ugly. First, the Rams may or may not have Jared Goff. Even with Goff, I’m not sure the Rams would score over 21 points against Seattle. The Seahawks defense is allowing 16 points a game since Week 10, the best number in the NFL. The Rams, even with Goff at quarterback, have not been scoring machines, only averaging 23 points per game over their last seven. Now we get either a semi-healthy Goff or John Wolford at quarterback? The Rams won’t score much.

The Seahawks started the season on fire with Russell Wilson dominating. In his first eight games, Wilson was averaging 317 yards per game, 8.6 yards per attempt and a 28-8 touchdown/interception ratio. Since Week 8, Wilson’s numbers have dropped. He’s averaging 208.9 yards per game with only 6.4 yards per attempt. Not ideal. And now he gets the best passing defense in the NFL.

LA’s pass defense is number one in the NFL defending the deep pass, first in completion percentage, TD/INT ratio and passer rating. They also have this guy named Aaron Donald who’s routinely wrecked the Seahawks in his career.

Washington does not score points, and they score even less points in the first half. They only score 8.4 points per the first half. Even though Washington has played four quarterbacks, it does not matter. Alex Smith has started seven games and they are averaging 8.5 points in the first half. Smith is a checkdown Charlie and until he’s pressed to go down the field, often in the second half, the offense is content with just keeping it simple. Now they play a Tampa Bay defense that’s outstanding, coming in fifth in overall DVOA and with the best rushing defense.

Tampa Bay’s offense is heating up, but they have yet to face a front seven like WFT’s in a while. The Washington football team can rush the passer and they are so physical at the point of attack. I do believe this offense will start slow against a defense they haven’t seen in a few months. Washington also knows they must win with an outstanding defensive effort. I like the scoring to start slow in this game.

When I saw this line drop I was a bit shocked. The Titans beat the Ravens in overtime just under two months ago. The Titans won the AFC South and have one of the best offenses in the NFL. They are at home and they do have fans at the game. I figured this game would be a pick ‘em or a Titans short home favorite. So the Ravens being the favorite is Vegas telling you they believe the Ravens are the far better team right now and I agree.

The Ravens beat the hell out bad teams, especially bad defenses. There’s no worse defense in the NFL playoffs than Tennessee’s. The Titans are last on third down, while the Ravens offense is fourth in converting on third down. Plus, the Titans do not pressure the quarterback. But hey, this defense stopped the Ravens last season in the playoffs. True. But this Ravens offense isn’t the same offense as last season, let alone the first half of the season.

Lamar Jackson returned from the COVID-19/reserve list in Week 13. Since that time he’s been a monster, not only in the run game but in the passing game as well. He’s averaging 86 yards on the ground, almost 30 yards more per game than the first half of the season. With the run game improved, the passing game has opened up. He’s completing 4 percent more passes but nearly 16 percent more on passes going over 10 yards. Also, his yards per attempt have gone by nearly six yards when throwing over 10 air yards.

The change in the Ravens offense is simple. They’ve spread things out. No longer are they running with multiple tight ends and having defenders in the box to stop the run. They are spreading out the formation and it’s leaving less defenders in the box. The passing game still has a limited menu but because they’ve spread out the defense, there are more windows for Jackson to complete passes.

While I do not expect the Titans defense to stop the Ravens without weird things happening, like the Ravens going 0-for-4 on fourth down like in the playoff game last season, I can rely on the Ravens defense to somewhat stop Tennessee's offensive attack. I just need the Ravens defense to get off the field a few times and I think they can do it. They have the 12th-ranked rushing defense in DVOA. If they can slow down the Titans just enough in the rushing game and force some throwing situations, I think they match up well with the Titans pass protection unit, which is ranked 28th according to Pro Football Focus.

Lastly … the Ravens must win this game. They’ve lost the last two seasons in the playoffs when they were supposed to win. Now they enter the playoffs as a wild card team who won games down the stretch. They are the hot team. If they lose, how can they believe moving forward this plan works? They need this win. I think they do it

Mitchell Trubisky is not a good quarterback. It’s that simple. Trubisky started 9 games this season and did not face a defense that finished the season above 14th in defensive DVOA. He played four games against the three worst defenses in the NFL. And now he heads to New Orleans to face the second-best defense in the NFL.

I just don’t see how the Bears move the ball much here, especially with the Saints’ ability to stop the run and then get pressure. They have a decided advantage in the trenches. According to Pro Football Focus, the Saints are graded as the second-best rushing defense and the seventh-best pressure unit. The Bears are bottom third in the NFL for both those numbers on offense which doesn’t bode well for Trubisky. If the Bears can’t run the ball, they will be forced to pass on third-and-long and oh boy, Trubisky is bad against pressure. He has the lowest completion percentage and yards per attempt when facing pressure. The Saints defense will eat him up.

First, and unfortunately, the Browns left guard Joel Bitonio is out of this contest because of a COVID-19 positive test. Joel is a Pro Bowler and very likely an All-Pro. The Browns rely on their inside three linemen to control the line of scrimmage in the run game and give Mayfield a firm pocket. Against other teams, this might not matter as much. But against Pittsburgh’s interior defensive line, it’s a huge concern

Secondly, and once again it’s unfortunate, but head coach and offensive play-caller Kevin Stefanski will not be on the field Sunday with a positive COVID-19 test. Stefanski is an outstanding play designer and he’s excellent at play sequencing on Sundays. Without him, the offense will be disjointed, and I do not believe against this defense you can be disjointed.

Third, the Steelers rushing defense. The Browns want to run the ball to throw. They want to keep third down manageable so Baker can throw quickly. They want to pick up first downs on the ground to set up play-action pass and movement protection schemes. However, when you can’t run the ball, you’re going to be in third-and-long, which forces Baker to hold the ball longer and leaves the line more vulnerable.

What Is Rams vs. Packers? An Elite Clash
He'll soon fill in for Alex Trebek (no, really). First, Aaron Rodgers and the Packers must face down the NFL's top defense.
14 mins ago

One More Matchup For The Ages?
Tom Brady and Drew Brees have faced countless big occasions before, yet Sunday’s showdown between the Bucs and Saints feels different.
20 mins ago

How To Win $250,000 On Rams-Packers
Will the Rams be able to slow down the Pack? If you make the right choices, you could win big in the Super 6 contest.
27 mins ago

A Problem in Houston
Deshaun Watson is not happy with the Texans, and his days might be numbered in Houston. How did we get to this point?
36 mins ago