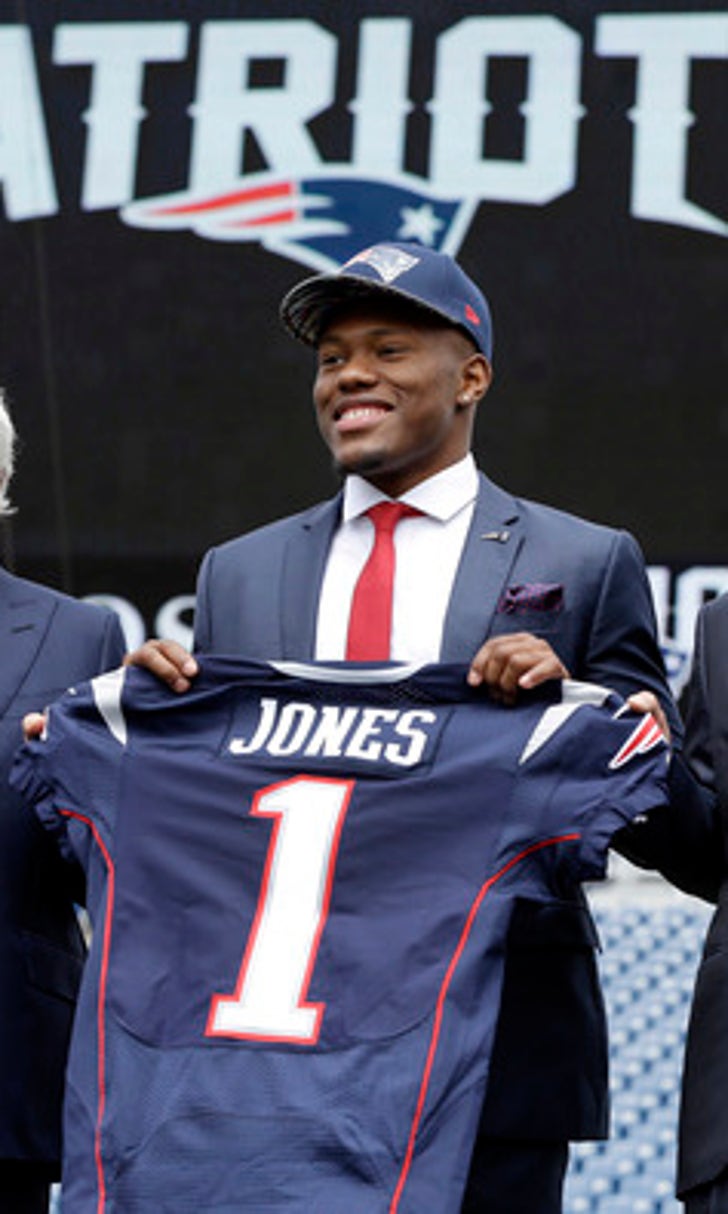 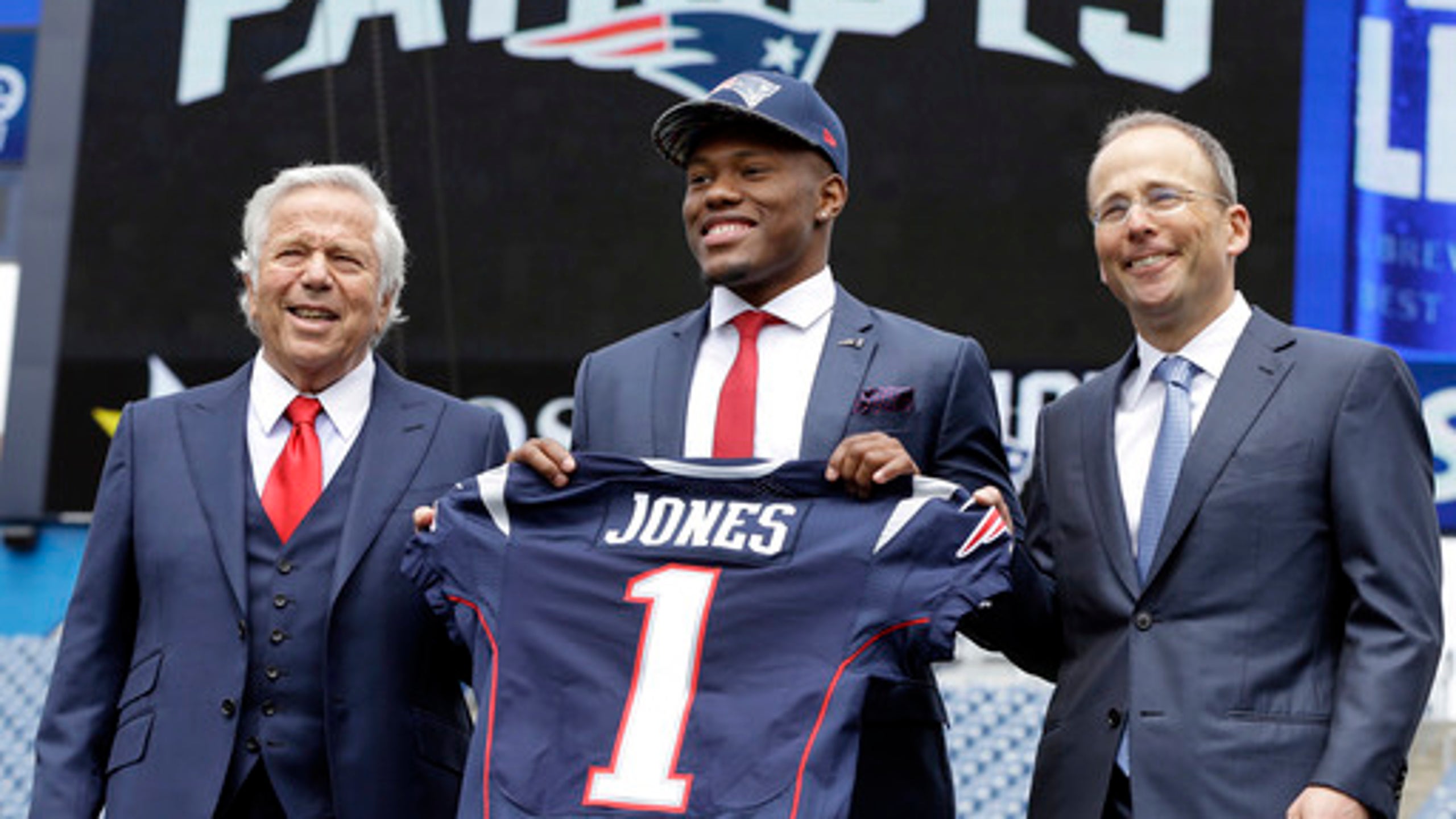 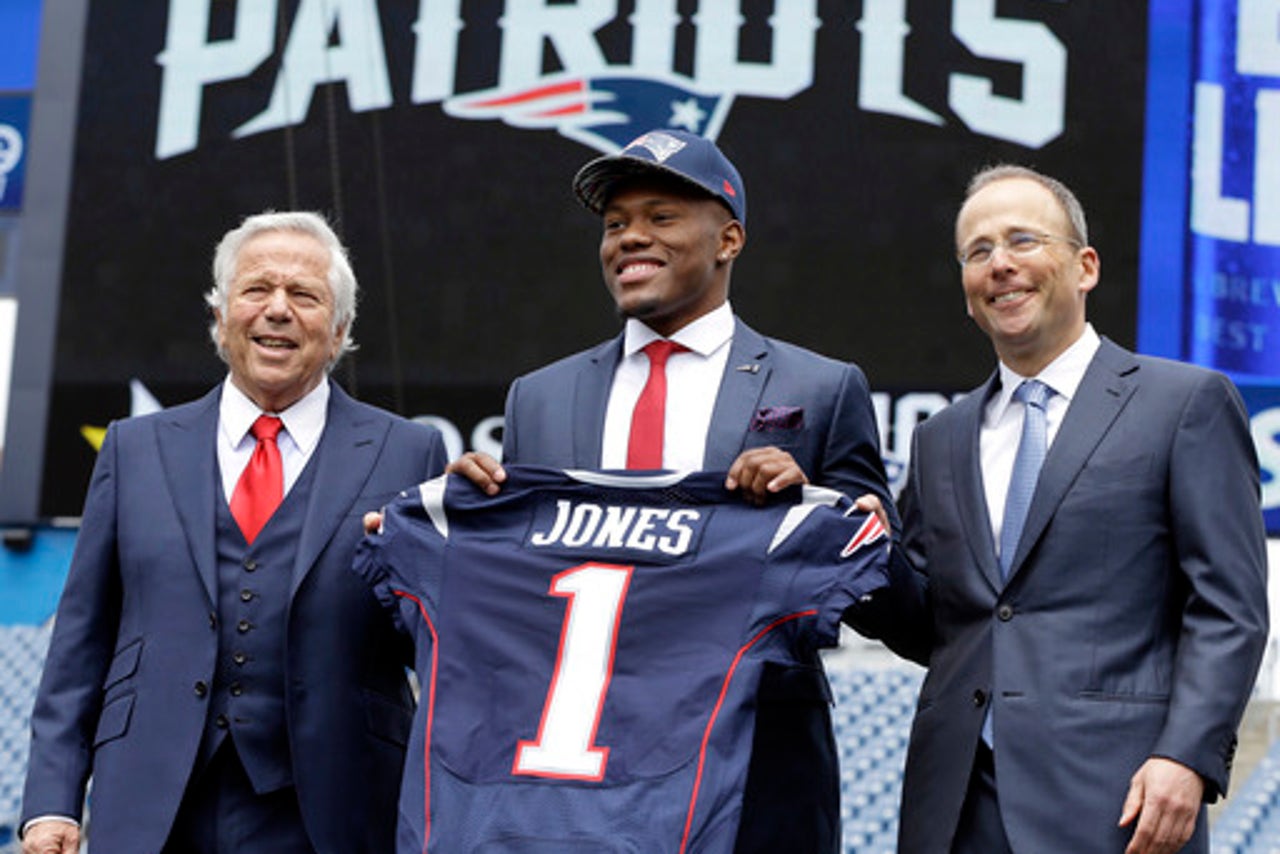 His father - Cyrus Sr. - demanded it from a son raised in the unpredictable environment of Baltimore. The younger Jones later got an equal dose of it while he starred at Alabama, a college program with the blueprint of an NFL franchise.

So when the Patriots' top selection in last month's draft arrived at New England's facility for the first time Thursday, in many ways it felt like he was already at home.

''It's just time to play football now. It's time to get ready and come out here and win games,'' Jones said during his official introduction Friday. ''It's no more running around in tights and running (the 40-yard dash) and stuff like that. It's time to put back on the pads and get after it.''

A versatile athlete, the Patriots filled two immediate needs when they picked up the cornerback with the 60th overall pick.

He adds youth and depth to the cornerback group behind starters Malcolm Butler and Logan Ryan. In 51 career games at Alabama Jones had seven interceptions and 108 tackles.

In addition, Jones gives coach Bill Belichick another playmaker on special teams, having taken four of the 46 punts he returned in college back for touchdowns.

He signed some paperwork, went through a few meetings, and then during a break slipped out of his workout clothes and into a suit for his photo with Patriots owner Robert Kraft. After that it was back to work.

Jones will wear No. 24 for New England, one that Kraft touted as ''a special number to our family'' and for having ''a lot of good karma'' after the success former players Ty Law and Darrelle Revis had in it. Law is a member of the Patriots' Hall of Fame.

It breeds expectation that isn't lost on the jersey's next wearer.

''It's definitely a legacy behind the number and I want to make my own legacy,'' Jones said.

Weighty as it might be, it is helping get him into the mindset of the atmosphere he's entering.

''My plan is just to come in here and be humble -work hard from Day 1 and earn the respect of the veterans in the locker room and earn the trust of my coaches,'' Jones said.

Will The Mahomes News Move Lines?
Patrick Mahomes is set to play Sunday. Will the odds change? And how much are elite QBs worth to the spread? Sammy P explains.
58 mins ago

Confidence Picks For Championship Weekend
Both the AFC and NFC title games are rematches, so Geoff Schwartz examines what we can learn from those first meetings.
1 hour ago

An Inside Look at Patrick Mahomes' Playlist
What tracks does Kansas City's Patrick Mahomes listen to before taking the field? Martin Rogers has the answers.
1 hour ago

The 7 Key Championship Game Matchups
The AFC and NFC titles are up for grabs on Sunday. Michael Vick breaks down the key matchups to keep a close eye on.
4 hours ago
those were the latest stories
Want to see more?
View All Stories
Fox Sports™ and © 2021 Fox Media LLC and Fox Sports Interactive Media, LLC. All rights reserved. Use of this website (including any and all parts and components) constitutes your acceptance of these Terms of Use and Updated Privacy Policy. Advertising Choices. Do Not Sell my Personal Info