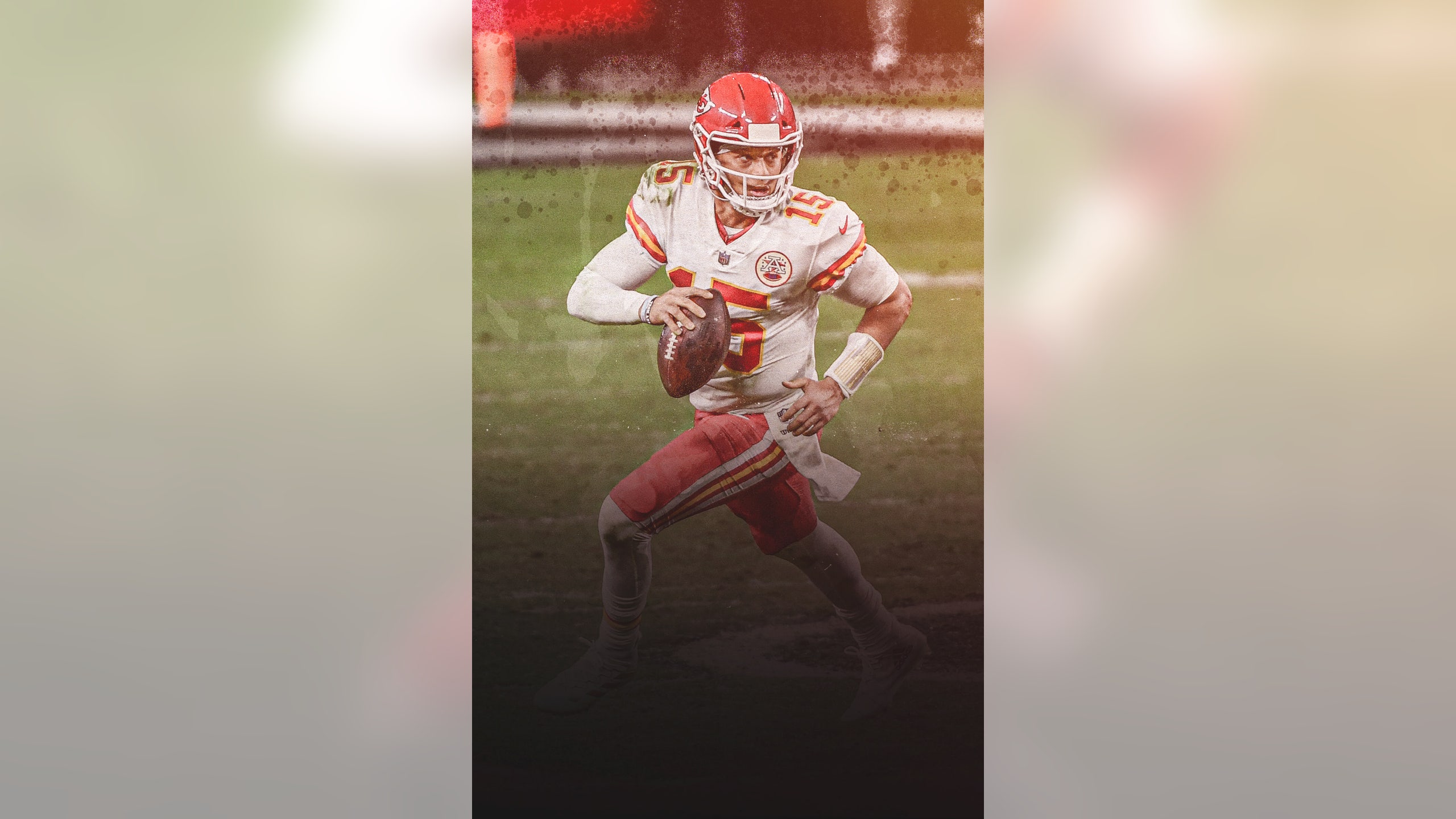 For Patrick Mahomes and the Kansas City Chiefs, Sunday night's 35-31 comeback victory over the Las Vegas Raiders came with a side of revenge.

The Raiders were the team responsible for halting the Super Bowl champions' 13-game winning streak back in Week 5, causing a stir with a postgame victory lap around Arrowhead Stadium.

So when it came time to return the favor, who else but Mahomes would you peg to whip up the dish that's best served cold?

After the Raiders marched methodically down the field with a 12-play drive to take a 31-28 lead, all eyes turned to Kansas City's 25-year-old MVP.

Raiders QB Derek Carr left Kansas City's offense 1:43 with which to work, and Mahomes got after it.

He completed 6 of 7 passes for 75 yards in 75 seconds, capping off his dissection of Las Vegas' defense with a sensational strike to a wide-open Travis Kelce for the game's decisive touchdown.

The Raiders had 28 seconds to mount a response, but a deep prayer from Carr was promptly intercepted and the Chiefs kneeled out the rest of the game.

As NFL Network's Peter Schrager alluded to, having Mahomes changes the arithmetic when it comes to do-or-die game scenarios.

"At any point did you think [the Raiders] were going to stop the Chiefs offense there? You knew Mahomes was going to win. I don't know if any athlete has ever had this quality where you know in the biggest moment he's not only going to get it done ... [he's going to] go the extra level."

Remember, the Chiefs only needed a field goal to tie the game and presumably send the game to overtime.

Chiefs head coach Andy Reid swiftly dismissed that notion after the game, reiterating that having a quarterback of Mahomes' caliber means the end zone is always in play.

"One team has Patrick Mahomes and everyone else doesn't. ... When Jason Witten scored the touchdown to put the Raiders ahead with less than two minutes remaining, the Chiefs were still the betting favorite. Because they have Patrick Mahomes, and you don't.

That's not to say the Raiders didn't put up a fight. They hung with the Chiefs until the bitter end, matching Kansas City's 14 fourth quarter points.

Carr found 11 different pass-catchers on the day and finished 23-for-31 with 275 passing yards, three touchdowns, and the aforementioned interception in desperation time.

The LV offense did its part, ESPN's Dan Orlovsky said, and came in with a perfect game plan to go toe-to-toe with Kansas City again.

But it was still insufficient in the face of Mahomes.

Mahomes – who wrapped up the night at 34 of 45 for 348 yards, two touchdowns and an interception – received a "B" letter grade from Bayless.

"[Mahomes] should have eaten that defense alive. You should have thrown the biggest Las Vegas party ever thrown. And it took him until almost the final throw of the game to finally pull them ahead."

Convincing or otherwise, with the win in the books for Kansas City, the 9-1 Chiefs now sit firmly in control of the AFC West and strengthened their grip on the AFC's No. 2 seed.

However, with the Pittsburgh Steelers undefeated, and only the top seed from each conference getting a playoff bye this year, Kansas City would play in the Wild Card round of the playoffs if they were to start today.

Jimmy Gets His F-150
Terry Bradshaw gave away his second Ford F-150 in the free-to-play Super 6 contest. Be sure to enter to win other big prizes!
8 hours ago

What To Do When Football Season Ends?
This NFL season has served as a genuine relief for so many fans. So what's on the agenda next? Martin Rogers has the answer.
9 hours ago

Flipping The Switch
The Chiefs struggled against the spread to close the season. But the playoffs are an entirely different ballgame, Sammy P writes.
16 hours ago