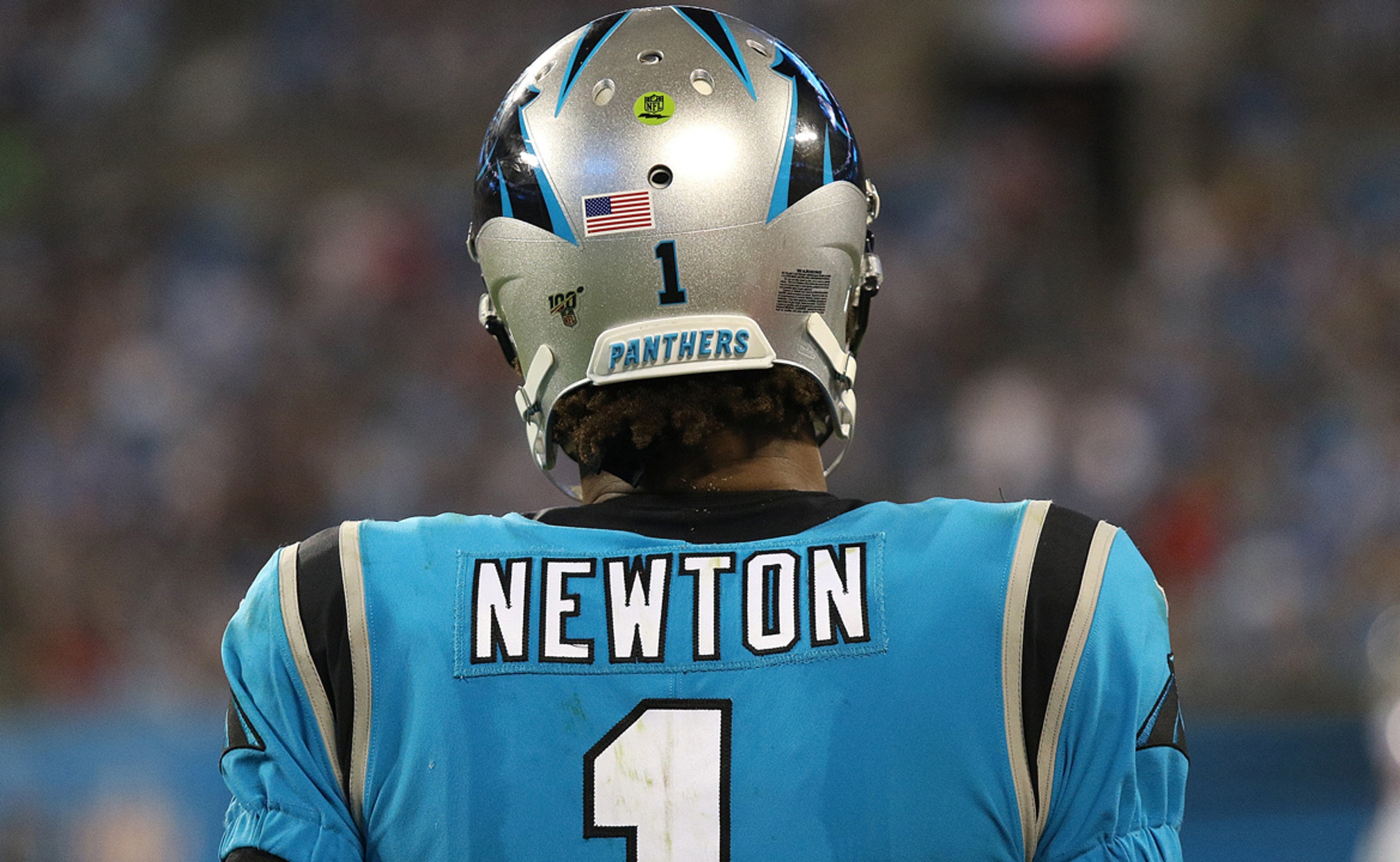 Patience is the Key for Cam

Another day, another Cam Newton workout video series — and therefore, another puzzling reminder that the near-unanimous MVP of the National Football League four years ago now can’t get a job.

Newton’s latest Instagram release showed him with shirt off, muscles rippling, highlighted by some outstanding video production quality, and imparted the critical knowledge that he has an awesome home gym, complete with his initials embossed into a bench.

It didn’t do anything more than that, we can confidently assume, because NFL front offices — unless things have changed more than we could have imagined during the pandemic — don’t make multi-million dollar decisions based off the Gram.

“He’s doing all you can do in a quarantine world to show the world that he’s ready to go,” FOX Sports’ Nick Wright said, on First Things First. “He’s just trying to show the world, ‘I’m healthy.’ In a universe that there is only about 20 people walking the face of the earth that are quality NFL quarterbacks, he is reminding them that he is one of those 20.”

But who was Newton reminding, exactly? The reason why he has not been signed since his release from the Carolina Panthers on Mar. 24 isn’t because teams have forgotten about his availability. They knew, via the NFL grapevine, or the sports pages, or even social media, the moment he was let go, and they have known ever since.

The Los Angeles Chargers knew Newton was on the table when they drafted Justin Herbert with the No. 6 pick. Bill Belichick didn’t forget that Newton was a free agent in the period since Tom Brady headed for Florida, nor did it slip his mind that his QB depth chart currently is headed by Jarrett Stidham, then Brian Hoyer.

Ron Rivera, Newton’s former coach in Carolina and now with the Washington Redskins, hasn’t forgotten his contract status. And he’s not the only one who also remembers that the now-31-year-old took the Panthers to Super Bowl 50.

So yeah, the NFL knows Newton is out there. It just isn’t sufficiently motivated to pull the trigger, at least not right now. Which is why, perhaps, Newton should just sit tight and wait.

At present, he comes with little value. He has had too many injuries and too great a drop off in productivity for any franchise, even a desperate one, to envision him as their signal caller of the present and immediate future. Even if he had somehow come across a QB1 gig post-Carolina, it would have been as part of a rebuild somewhere.

There doesn’t seem to be a whole lot of appetite for him as a backup, either. Whisking him in as a reserve would put immediate scrutiny and focus on the incumbent, and not the good kind. Newton would be more well known, and therefore more talked about, than the current starter of most teams in the league. That’s an issue most teams can do without, especially before the end of May.

However, such things can look drastically different in September. While having a high-profile QB peering over the shoulder of Johnny Starter right now may feel counterproductive, it would seem a lot less so if the aforementioned first choice picks up an injury on the opening drive of the campaign.

As much as the league has tried to protect its quarterbacks in recent years, the reality is that every season sees a number of them go down hurt. At that point, Newton becomes worth his weight in gold as a proven commodity and an experienced head.

Furthermore, not every quarterback is going to start the season strongly. Well-intentioned thoughts of leaning into the future and developing young talent can go out the window when game day is fast looming and you’re not sure if the kid fully grasps the playbook and can handle the heat of an NFL defense’s breath in his facemask.

“It is very odd that there hasn’t been more activity around Cam,” Kevin Wildes added on First Things First. “But the silver lining is that Cam just needs to chill out. I have circled Sept. 27 — that’s Week Three. We looked back on the QB carousel from last year.”

At that stage in 2019, six QBs had been replaced. Drew Brees got hurt and was supplanted by Teddy Bridgewater. Kyle Allen stepped in for Newton himself.

In a similar situation in 2020, depending on the level of need, perhaps Newton gets more money and a better spot. Jameis Winston agreed to a quick deal with the New Orleans Saints after leaving Tampa Bay, but his base salary as backup is only $1.1 million – a drop off of 94 percent from last season.

He can keep posting the clips, keep getting the production guy to weave his black-and-white montage magic, and it’s all good. He can do whatever he likes. But the truth is that at present, there is no clamor for what he has to bring, six-pack or not.

That won’t always be the case. Just ask his former coach.

And there you have it. Circumstances, in Newton’s case, are everything. September might feel like a long way off, but that’s just how it is. The best he can do is stay ready and be ready. The clock is ticking, and while it may not feel like it, it is actually working in his favor.

Colin Cowherd's Blazin' 5: Week 8
Colin Cowherd is back with his five favorite picks against the spread ahead of Week 8.
3 hours ago

Can The Ravens Weather The Steelers?
As November nears, Jason McIntyre explains how real "football weather" will affect Week 8. Plus, why he's taking the Steelers.
3 hours ago

Stuck in Neutral
With Chicago's offense sputtering, is it time for Matt Nagy to return to Mitch Trubisky as his starting quarterback?
5 hours ago

Sizing Up Tua
Days before his first NFL start, everyone wants to know: How will Tua Tagovailoa measure up in Miami?
11 hours ago
those were the latest stories
Want to see more?
View All Stories
Fox Sports™ and © 2020 Fox Media LLC and Fox Sports Interactive Media, LLC. All rights reserved. Use of this website (including any and all parts and components) constitutes your acceptance of these Terms of Use and Updated Privacy Policy. Advertising Choices. Do Not Sell my Personal Info