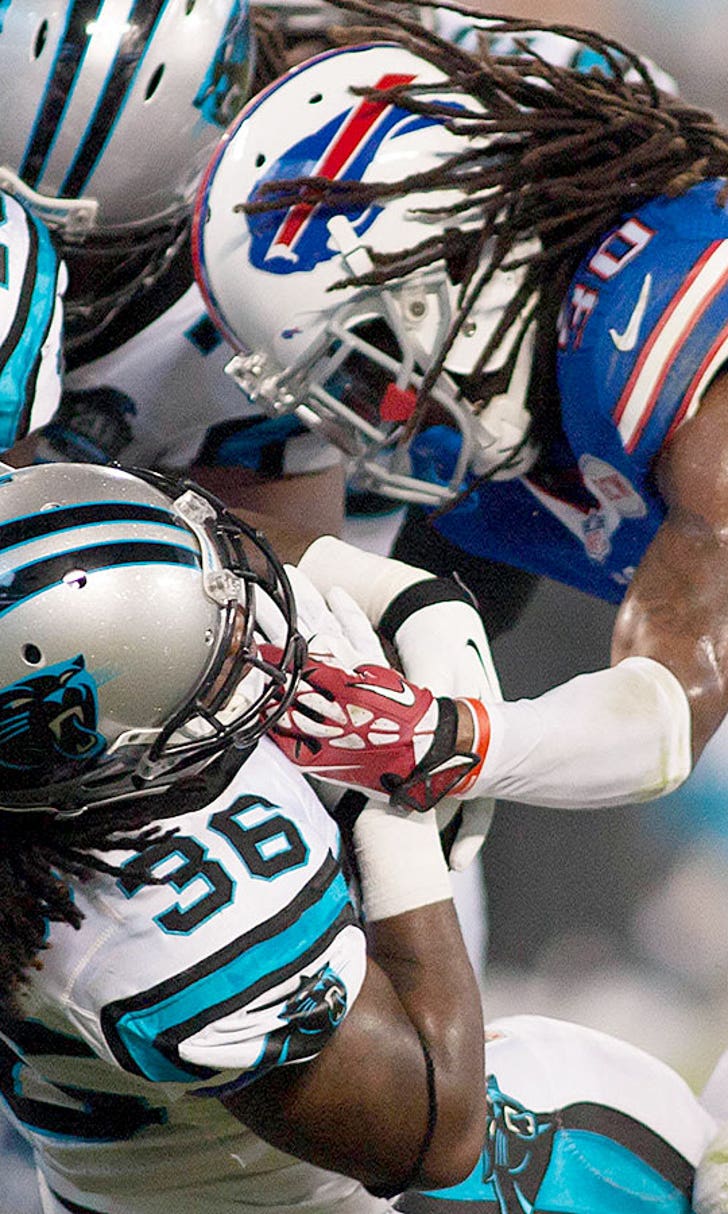 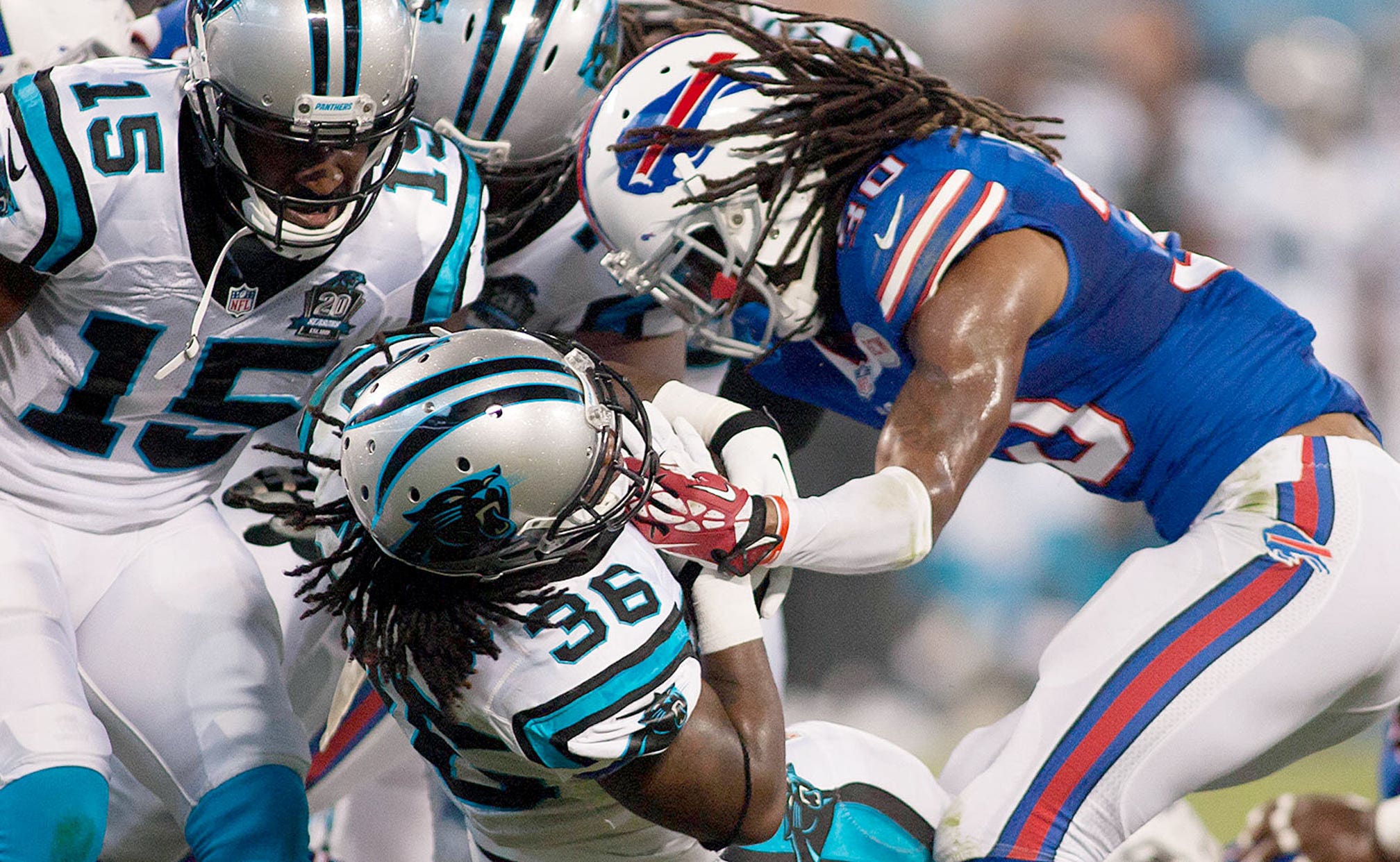 Panthers to use committee approach at running back 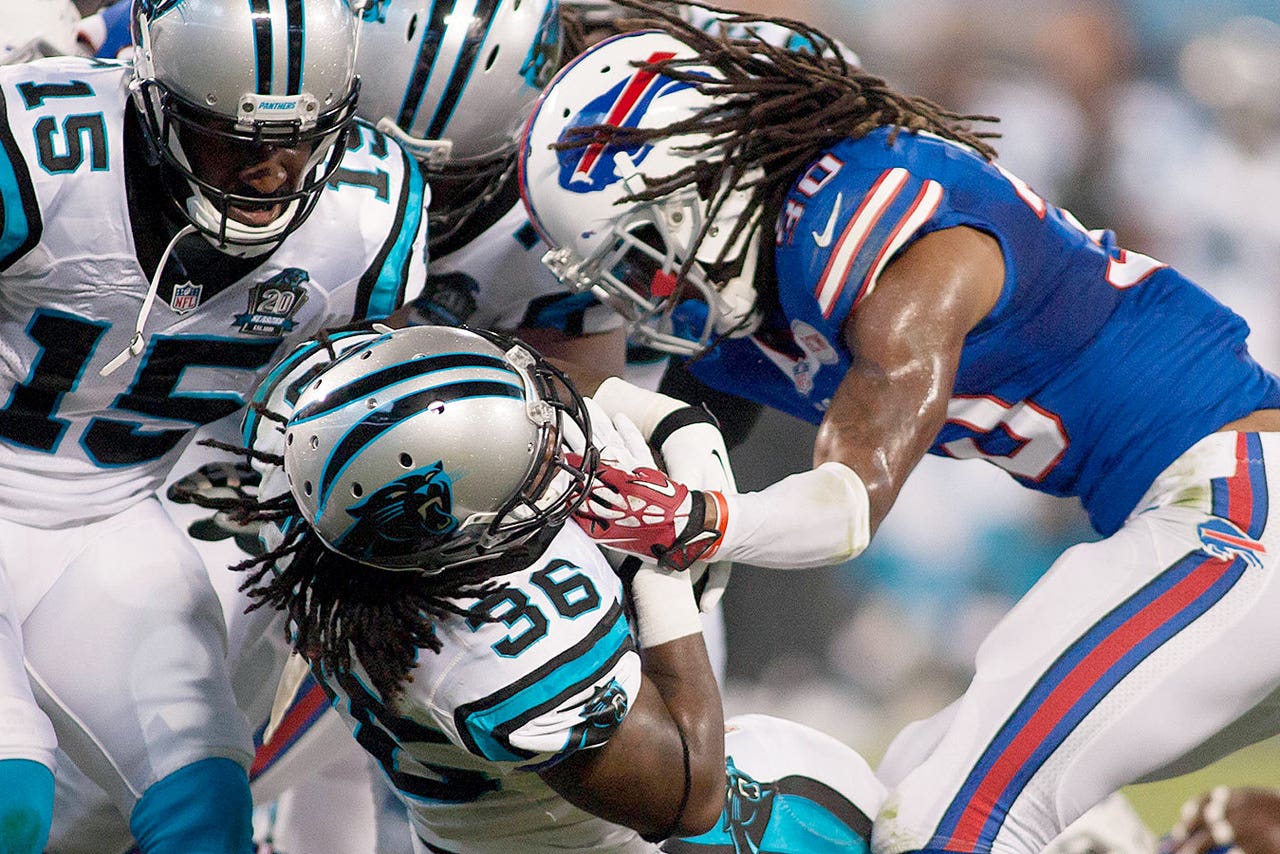 CHARLOTTE, N.C. (AP) -- Panthers coach Ron Rivera expects to use a running back-by-committee approach against the Chicago Bears on Sunday.

With starter DeAngelo Williams out with a sprained ankle and Jonathan Stewart doubtful with a sprained knee, Rivera said Friday that Fozzy Whittaker, Darrin Reaves and recently signed Chris Ogbonnaya will split carries.

Rivera said Whittaker and Reaves will get the majority of carries, but he'll gravitate toward using the back with the "hot hand."

"It really depends on who looks the best early on," Rivera said. "Each guy is going to get some carries early. ... It Fozzy starts having one of those games like he did against Kansas City or Pittsburgh (in the preseason) that could be exciting for him, and for us."

Whittaker combined for 162 yards and two touchdowns in those two games and led the Panthers in rushing in the preseason.

Mike Tolbert and Richie Brockel will not play, leaving the Panthers without a true fullback.

The Panthers didn't sign a replacement free agent fullback this week. Rivera said tight end Brandon Williams and Ed Dickson could see action at that spot. However, Dickson's status for Sunday is up in the air. Rivera said he will make a game-time decision on Dickson (hip).

Rivera said Stewart worked "very well" on the side, but isn't quite ready for game action.

Williams, the franchise's all-time leading rusher, will miss the next two games and possibly more. He tweeted a picture of himself earlier this week wearing a pink cast on his ankle.

The Panthers (2-2) enter the game ranked 29th in the league in offense and averaging just 3.1 yards per carry, one of the main reasons for their current two-game losing streak.

Quarterback Cam Newton has been a non-factor in the running game. One of the league's most dangerous quarterbacks with his feet the past three seasons, Newton has only eight carries for 33 yards in three starts.

"We'll see how he feels," Rivera said. "That's what is all based upon, how he looks and how he's feeling more so than anything else. We really haven't had an opportunity to put the girth of his plays in for him. So we'll see. It will depend on how he's feeling."

Defensive end Charles Johnson returned to work Friday after missing two days of practice with a hip injury and is probable for Sunday.

The Panthers can ill afford to lose Johnson, particularly with Greg Hardy out indefinitely while dealing with the fallout from a domestic violence conviction and Frank Alexander suspended an additional 10 games this week for a second violation of the league's substance abuse policy.