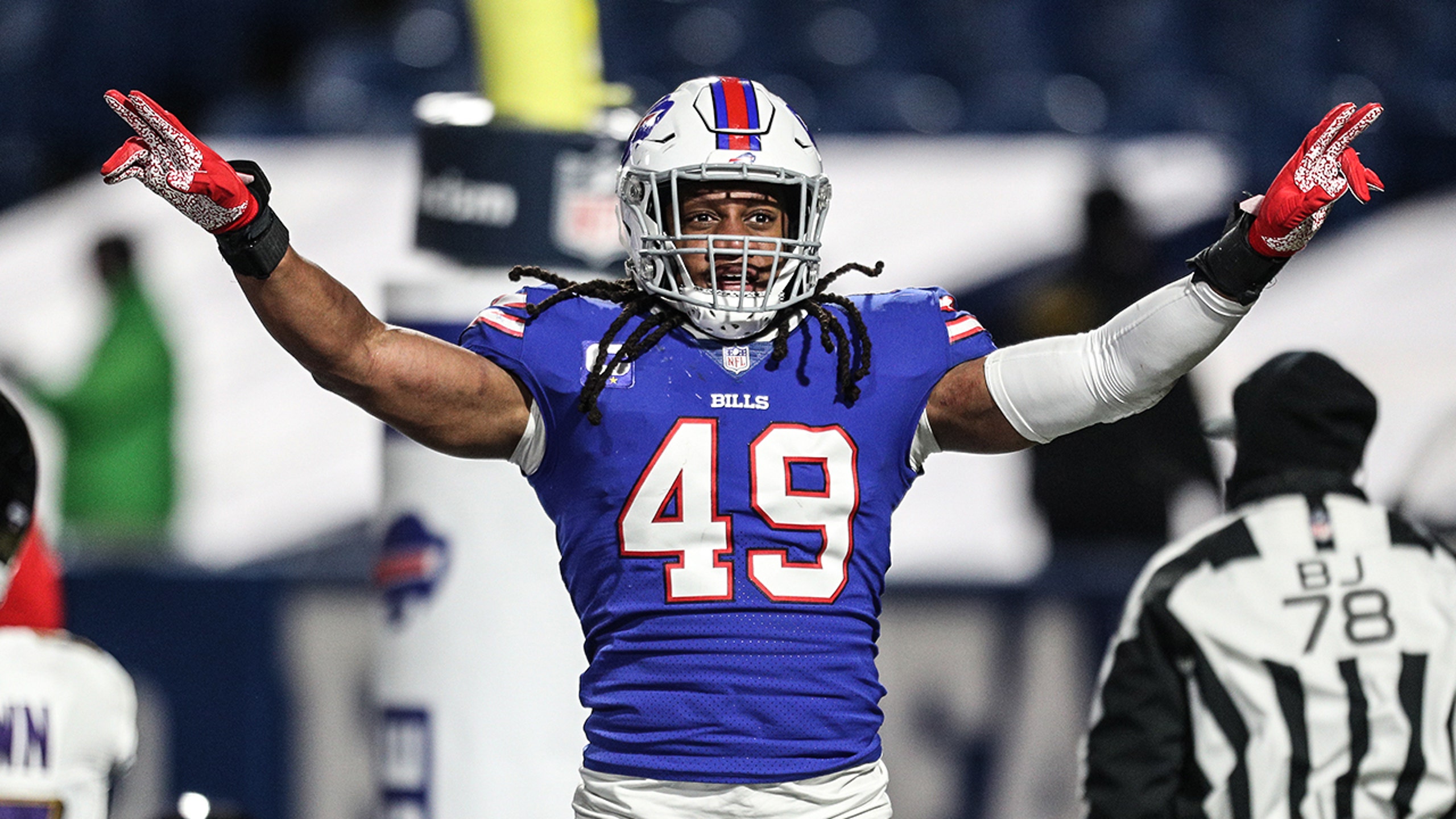 Who says you can't have your hot dog and eat it, too?

Buffalo Bills fans, your day has finally come. FOX Sports analyst Nick Wright ponied up and took the condiment shower that the world was eager to see.

Wright didn't take the bet lightly. He went to the store to load up on ketchup and mustard for the occasion.

However, he didn't go down without registering one final dig at the franchise prior to his little dip in condiments on The Herd.

"By the way, Bills Mafia, I'm going to say something: I've been hearing about this Mafia for a long time. I live four hours south of Buffalo – shouldn't a Mafia extend far enough that I could find a Josh Allen jersey in the tri-state area? I was out shopping for three hours yesterday. I don't even know if you're a crime syndicate. I feel like you're more a Bills small-corner gang if no one can buy your jersey in the Niagara Falls area."

It wasn't all bad for Wright, as he was able to eat a hot dog with extra sauce after the dousing, but that's not the way we'd recommend enjoying your hot dog. In fact, Wright is still trying to clean mustard from his ear.

Maybe we should ask longtime Bills fan Pinto Ron, whom the bet was in homage to, if he enjoys his "ketchup ceremony."

Prior to COVID-19, Ron would get covered in ketchup and mustard while holding a cheeseburger prior to every Buffalo home game.

In Week 14 of the regular season, Wright joined Colin on The Herd following Colin's declaration of Buffalo overtaking Kansas City for the top spot in his Herd Hierarchy. Wright offered a wager to Colin: over or under one playoff win for the Bills this postseason.

The stakes were simple. If the Bills did not win a playoff game, Cowherd had to be doused in ketchup and mustard on air, so Colin was in the clear after Buffalo's win over the Colts in the wild-card round.

But after Buffalo's win Saturday over the Ravens, Wright's condiment shower fate was sealed.

There might be one thing worse for Wright than swimming in condiments, and that would be if the Bills beat his precious Chiefs on Sunday.

Odds look to be in Wright's favor, as Kansas City is still the favorite (-3) according to FOX Bet, but it hangs in the balance, with Mahomes' status still unknown.

In the Cards?
With two former Texans superstars already in Arizona, could Houston quarterback Deshaun Watson be next in line?
3 hours ago

Pride Of Chucky
The Raiders have shown improvement under Jon Gruden, but expectations are now at a playoffs-or-bust level for Las Vegas.
3 days ago
those were the latest stories
Want to see more?
View All Stories
Fox Sports™ and © 2021 Fox Media LLC and Fox Sports Interactive Media, LLC. All rights reserved. Use of this website (including any and all parts and components) constitutes your acceptance of these Terms of Use and Updated Privacy Policy. Advertising Choices. Do Not Sell my Personal Info