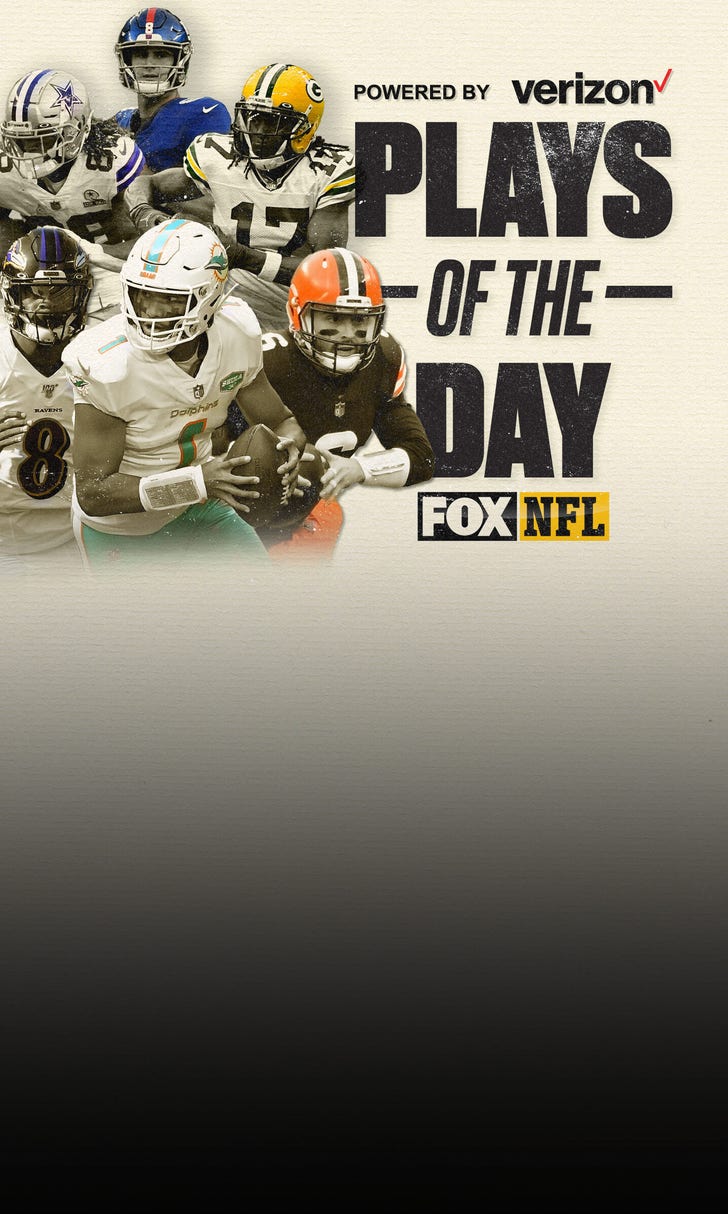 Week 17 of the NFL season is upon us, and it's a bittersweet feeling.

On one hand, we are turning the corner into the NFL playoffs, and on the other, it's the sign of the 2020 season coming to an end.

Through it all, the final week of the regular season is sure to bring some of the year's best highlights.

Browns are in the playoffs

The Cleveland Browns needed a win to get in the playoffs, and the Pittsburgh Steelers were in position to play spoiler, after scoring a touchdown to cut the Browns lead to two points late in the fourth.

But the Browns were able to get a stop on the ensuing two-point conversion attempt by the Steelers, and a first down run from Baker Mayfield locked up their playoff spot.

Three years after going 0-16, the Browns are back in the playoffs for the first time in nearly two decades.

Josh Allen and Stefon Diggs garner the majority of the headlines for the Buffalo Bills, but in the first half against the Miami Dolphins, Isaiah McKenzie stole the show.

He scored not once...

...but three times in the first half.

It was a full day's worth of work for McKenzie in only 30 minutes.

Thanks the game-winning field goal from Sam Sloman, the Titans are champions of the AFC South!

It didn't take long for Tom Brady and the Buccaneers to get on the board against the Falcons, with him connecting with Chris Godwin for this touchdown pass.

The Giants couldn't have asked for a better start against the Cowboys, with wide receiver Sterling Shepard playing the role of running back for this rushing score.

Nick Chubb's 47-yard touchdown run gave the Bowns an early lead over the Steelers and pushed him past 1,000 yards rushing for the second consecutive season.

All hail the King

Tennessee running back Derrick Henry became just the eighth player in NFL history to rush for 2,000 yards in a season.

Lamar Jackson is known for his legs, but he showed elite arm strength with this 43-yard bomb to Miles Boykin.

Dalvin Cook is the do-it-all back for the Minnesota Vikings, but Alexander Mattison showed off his elite skill set on this run after the catch for a touchdown.

Kick it into overdrive

Jackson hasn't quite had the repeat performance of his 2019 MVP season in 2020, but he has still been nearly impossible to stop, now crossing the 1,000 yard rushing mark for the second consecutive season.

Alone at the top

It has been a historic rookie season for Minnesota Vikings wide receiver Justin Jefferson, and he added to it against the Detroit Lions.

Tom Brady put the ball right on the money for Scotty Miller, but it still turned into an interception for Falcons safety Ricardo Allen.

Josh Norman made a call to the house when he took this interception back for a touchdown.

Some would call this a 50-50 ball, but Chase Claypool had no trouble hauling it in for a touchdown.

The superlatives to describe Justin Herbert's rookie season are starting to run out, as he continues to toss TD after TD.

These long touchdown runs have become a weekly occurance for Titans running back Derrick Henry.

Green Bay quarterback Aaron Rodgers continued to show he's a playmaker, tossing it to MVS for a 72-yard score.

Popped up and picked

The Rams defense was racking up the points against Arizona, recording a safety and now a pick-six courtesy of Troy Hill.

San Francisco tight end George Kittle put one hand up and somehow came down with a highlight-worthy grab.

Despite double coverage, Carolina's DJ Moore had no problem snagging the 44-yard bomb.

Seattle quarterback Russel Wilson escaped pressure in the pocket and locked in with Lockett for six.

In his first drive back on third-and-15, Arizona's Kyler Murray threw a perfect pass to move the chains.

Who Is Nick Sirianni?
The Eagles have their new head coach. But who is the man tasked with solving Carson Wentz and Philly's long list of issues?
8 hours ago