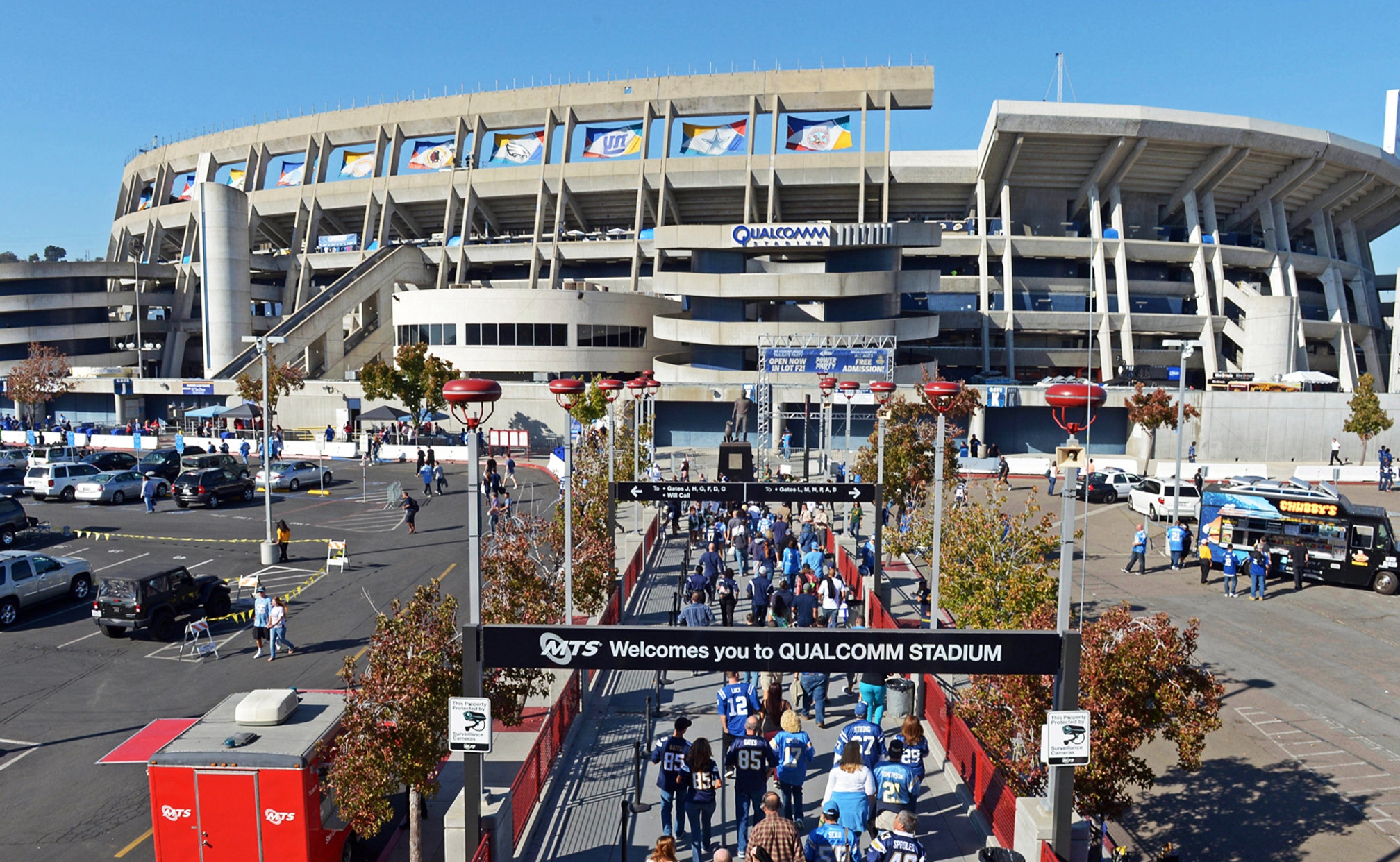 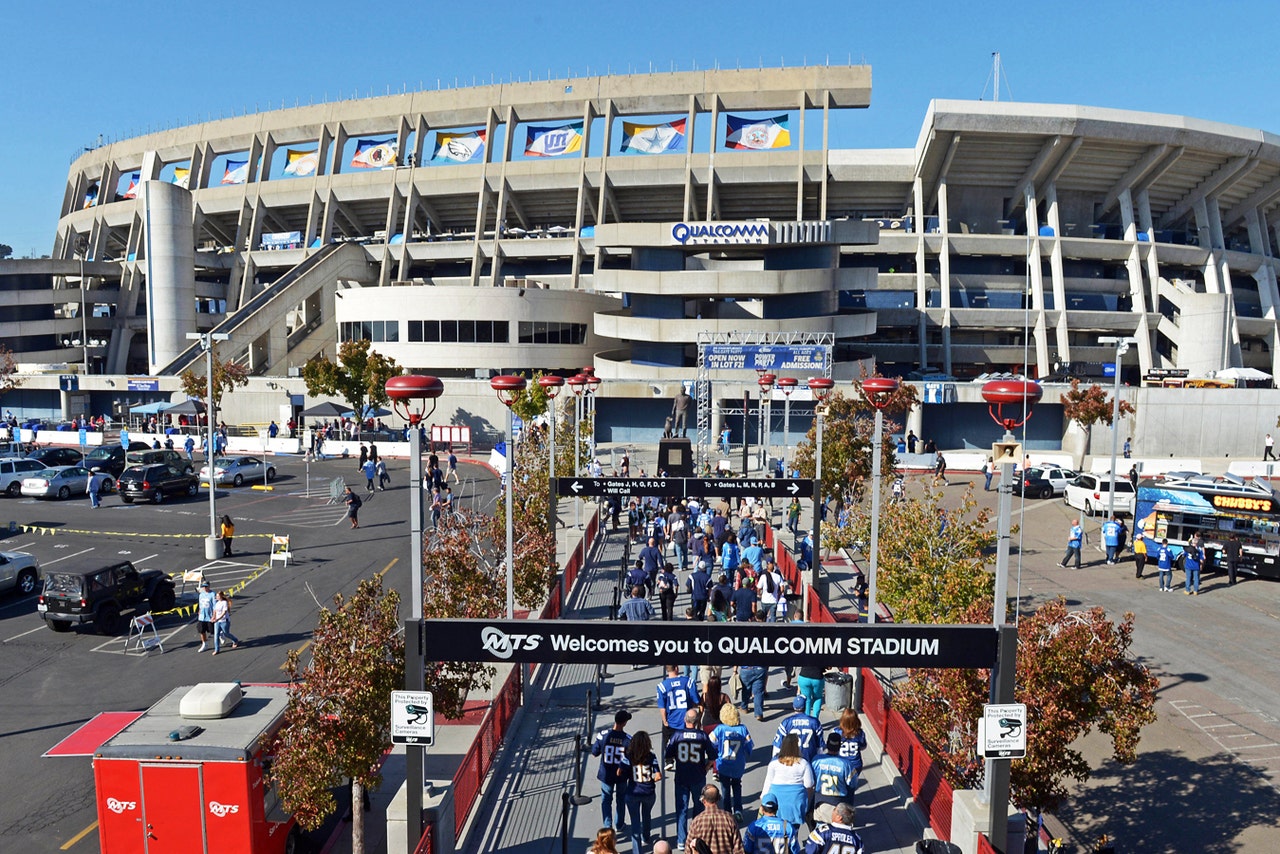 With momentum building for an NFL team to move to Los Angeles, "time could be quite short" for San Diego to resolve the contentious issue of building the Chargers a new stadium, the NFL's point man on relocation said Tuesday.

Eric Grubman, the NFL's executive vice president, met with a sub-group of Mayor Kevin Faulconer's Citizens Stadium Advisory Group a week after holding a conference call with the full group.

Afterward, Grubman said that while the advisory group seems enthusiastic about finding a solution, "as of yet, there hasn't been any proposal that would get everybody on the same page. That to me is really the next task."

Grubman said, however, that he didn't come to town expecting everybody to be on the same page.

"That's not unusual," he said during a news conference. "At the point in time where everyone decides to dig in and try to get a project done, almost always people are on different pages. They have to work to get on the same page. What's different here than in some of the cities that we've worked with, is the time frame to work through those differences and get on same page, that time could be quite short."

That's because the Chargers and their biggest rivals, the Oakland Raiders, in February announced plans to build a $1.7 billion stadium in the Los Angeles suburb of Carson if they don't get new stadiums in their current hometowns.

The AFC West foes were responding to the possibility of the St. Louis Rams moving to Los Angeles. Rams owner Stan Kroenke is part of a joint venture that wants to build an 80,000-seat stadium in the L.A. suburb of Inglewood.

The advisory group has set May 20 as its deadline for announcing the plan it will recommend to Faulconer for financing a new stadium at the site of aging Qualcomm Stadium in Mission Valley.

"I haven't heard the Chargers express support for what we're doing yet, but we're at the early stages," advisory group chairman Adam Day said during a separate news conference. "This is just the beginning. When we hand off our recommendations to the mayor, that really is the starting point for the city and the team to start negotiating the final details. But I would agree that what we recommend will need to be embraced at some level by the team, and we hope we'll put together a plan they will support."

Day said the meeting with Grubman was positive and `'helped bring CSAG and the Chargers closer together today. We discussed the art of the possible and the importance of working together to develop a financing plan that's fair and works for San Diego and the Chargers. We all left the meeting feeling good about where we're at and what's ahead. That said, we still have a lot of work to do to meet our objective."

Faulconer has said he wants the issue decided by a public vote, which could be county-wide. That vote could be in June or November 2016.

However, Grubman said waiting that long could be "a risk that's probably difficult for a team to bear. `'

Currently, the window for a team filing an intent to relocate is between Jan. 1 and Feb. 15.

Fabiani, who represents Chargers chairman Dean Spanos, criticized Faulconer in January for forming the advisory group. Fabiani then warned the panel not to come up with any "half-baked" stadium schemes and said the team has "no intention of quietly participating in any effort to provide political cover for elected officials."

While telling the advisory group that the team would support a stadium either downtown or at the current site, Fabiani has suggested that Mission Valley is a "complicated site."

Our 60-Minute Drill For NFL Bettors
Track all the late line movements and get your questions answered as Geoff Schwartz and Jason McIntyre pick winners in Week 12.
15 mins ago

Who's Playing QB For The Broncos?
All three Denver QBs will miss Sunday due to COVID protocols. So who in the world is going to take the snaps vs. the Saints?
14 hours ago

The Path of Least Consistence
For the NFC East, wins haven't been aplenty. However, intrigue has been in never-ending supply.
14 hours ago

What You Need To Know To Win $100,000
NFL fans have a chance to win big absolutely for free this week. Jason McIntyre is rolling with Tua, Kyler, and more.
14 hours ago

Lions Fire Coach Patricia, GM Quinn
Detroit made changes to its sideline and front office on Saturday, releasing head coach Matt Patricia and GM Bob Quinn.
19 hours ago
those were the latest stories
Want to see more?
View All Stories
Fox Sports™ and © 2020 Fox Media LLC and Fox Sports Interactive Media, LLC. All rights reserved. Use of this website (including any and all parts and components) constitutes your acceptance of these Terms of Use and Updated Privacy Policy. Advertising Choices. Do Not Sell my Personal Info