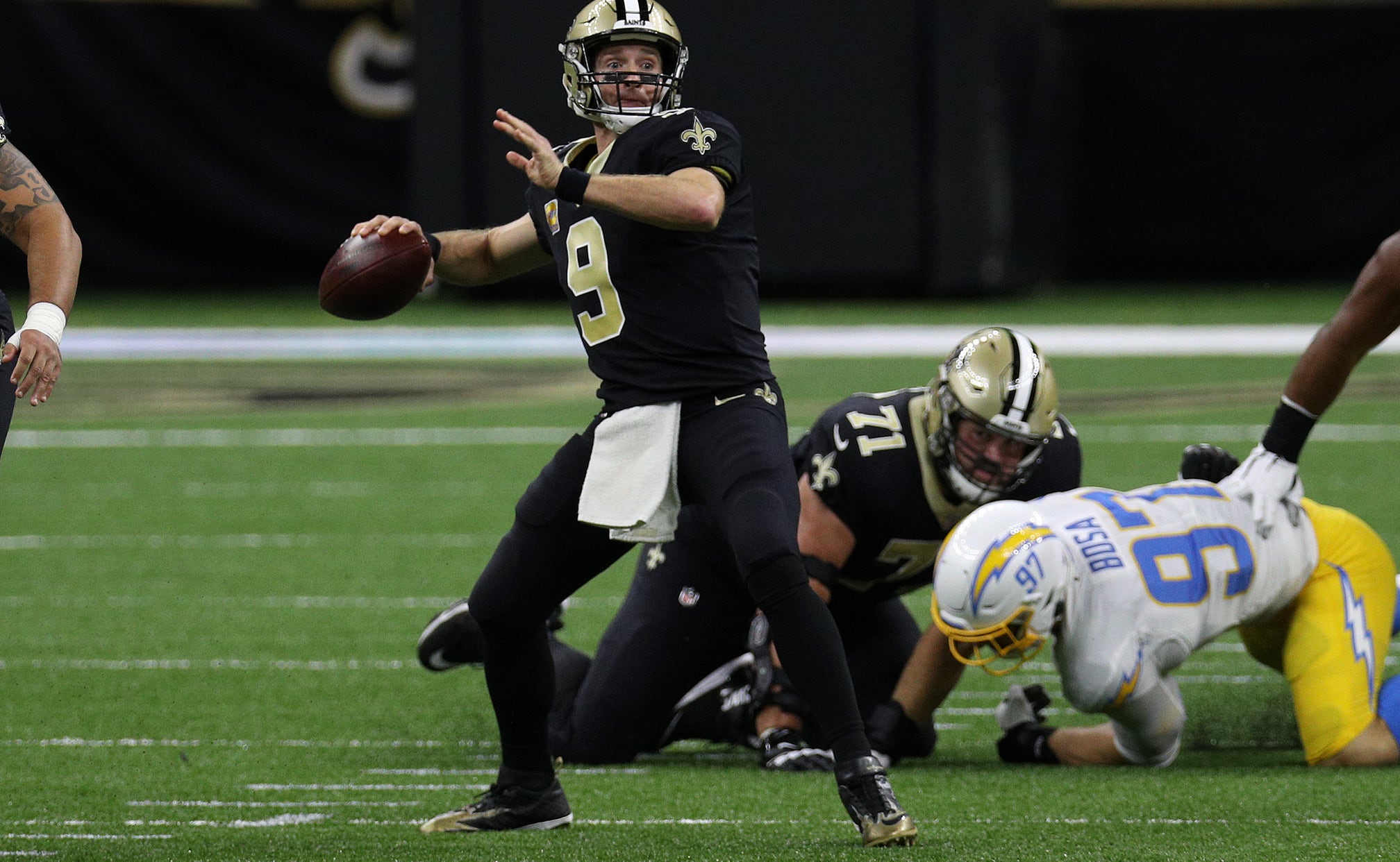 A win is a win, no matter the margin of victory.

Drew Brees and the New Orleans Saints eked out a victory over the Los Angeles Chargers on Monday, behind a 36-yard field goal from Wil Lutz in overtime and a big defensive stop on fourth down.

Here are the key takeaways from Monday night's game:

Justin Herbert didn't get the win, but he got the respect.

The rookie Herbert was thrown into the starting role for Los Angeles before the second game of the season, which took place on the road at Kansas City.

And since then, the moment has rarely appeared too big for the former Oregon Ducks superstar.

Monday was Herbert's first professional game in which he did not throw an interception, and he also set a new career-high for TD passes in a game. He now has nine TDs on the season and three picks, and he's completing nearly 70 percent of his passes this season (69.3 percent).

Herbert has yet to earn a win as a starter, but his four losses have come by a combined 18 points.

Drew Brees is such a legend, that anything less than extraordinary causes NFL Twitter to fire away.

And on Monday, Brees was not extraordinary.

By no means was Brees bad – he completed 33 of 47 passes for 325 yards, a touchdown and an interception – but rarely this season has he looked like the Brees the world is used to.

However, if anything, Brees proved he still has some clutch magic in Monday's win. He was 5-for-6 in overtime, leading the Saints into field goal range, before Wil Lutz kicked what would become the game-winning field goal.

3. NFC South up for grabs

No NFC South squad has emerged as the team to beat so far this season, as New Orleans, Tampa Bay and Carolina are all virtually tied atop the division.

The Saints are 1-0 in the division, while the Buccaneers and Panthers are both at 1-1.

The division picture will get a little clearer in the coming weeks, however. New Orleans will play host to Carolina on Oct. 25, before traveling to take on the Bucs two weeks later, on Nov. 8.

One interesting tidbit? Each of them owns a win over the Chargers so far this season.

In addition to New Orleans' three-point win over LA on Monday, the Buccaneers defeated the Chargers, 38-31, in Week 4, and Carolina knocked off the Chargers in Week 3, 21-16.