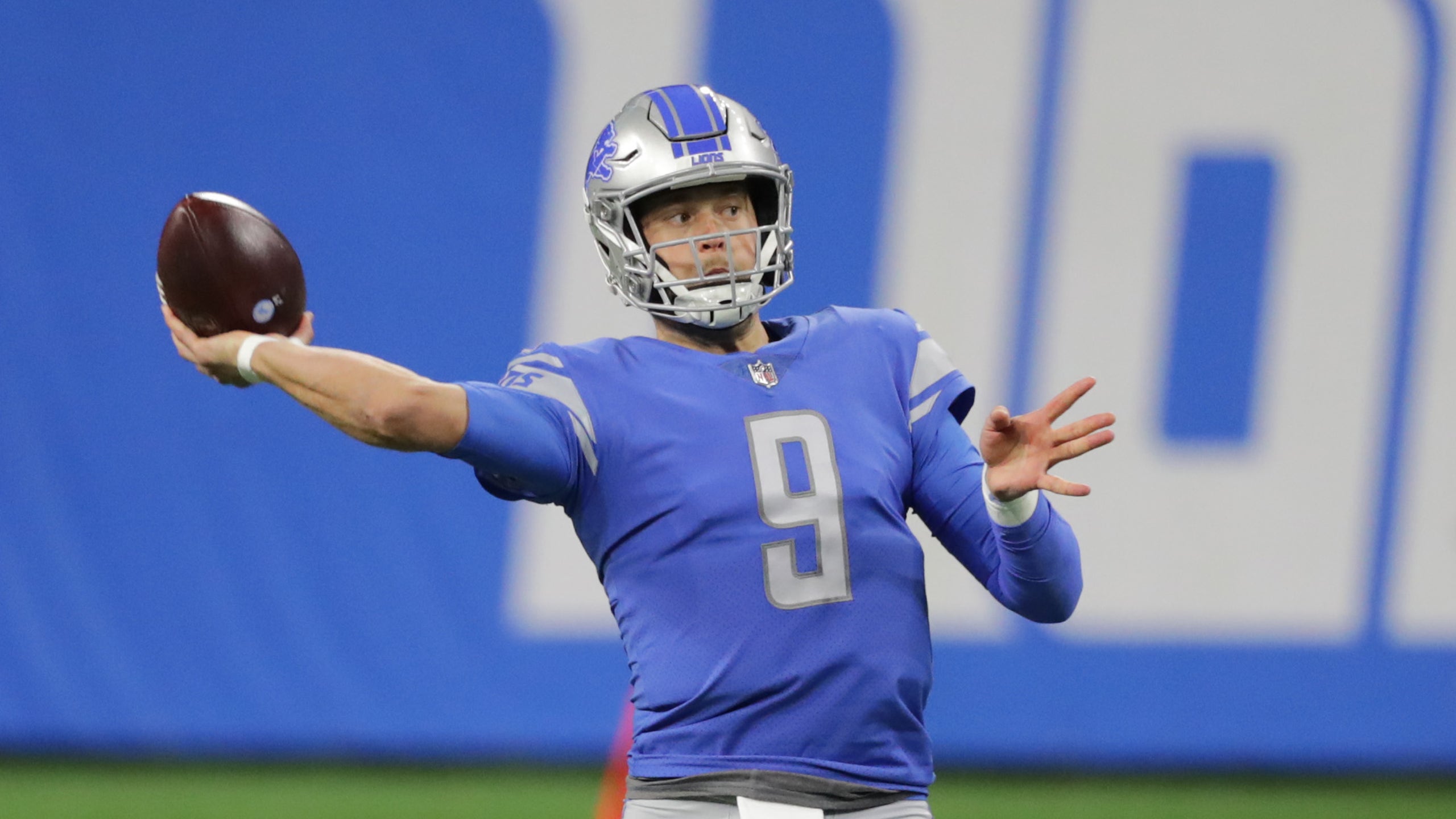 And so this offseason of quarterback chaos begins.

Last weekend, Matthew Stafford and the Detroit Lions mutually agreed to go their separate ways after a 12-year marriage.

Now, Stafford has a new home in Los Angeles with the Rams.

The Lions will receive a treasure trove of draft picks from the Rams, as well as their former first overall pick, quarterback Jared Goff.

This comes after the recent revelation that Goff had fallen out of favor since the Rams' season ended.

Now Goff's massive contract will be on the hands of the Lions, and it will be accompanied by first-round draft picks in 2022 and 2023, plus a third-rounder in 2021.

This continues the trend of the Rams not having any first-round draft picks since they took Goff first overall in the 2016 NFL Draft.

On the plus side for the Rams, they get what they believe is an upgrade at the quarterback position for a team that finished 10-6 this season before losing in the divisional round of the playoffs.

Now, playing on a team with Super Bowl ambitions, Stafford will be expected to deliver in L.A.

As for Goff, Saturday represents an unceremonious end to promising beginnings in the City of Angels.

Despite losing all seven starts in his rookie season, Goff appeared to be all the Rams wanted and more over the course of the next two seasons.

In 2017, he led L.A. to an 11-4 record in 15 starts and was named to the Pro Bowl after throwing for 3,804 yards, 28 touchdowns and just seven interceptions. That season, the Rams made their first playoff appearance since 2004.

Most impressively, the Rams made the Super Bowl in Goff's third season. Despite falling short against Tom Brady and the New England Patriots, L.A. presumably had its quarterback of the future.

During the following offseason, the Rams signed Goff to a four-year, $134 million extension, with a then-NFL record $110 million guaranteed.

However, since then, Goff has regressed.

In 2019, he put up 4,628 yards through the air but threw only 22 touchdowns, combined with a career-high 16 interceptions. The Rams went 9-7 and missed the playoffs for the first time since Goff's sophomore campaign.

This past year, Goff was up and down once again. He finished the regular season with 3,952 passing yards, 20 touchdowns and 13 interceptions.

Although the Rams made the playoffs and won a wild-card game at Seattle, a broken right thumb suffered by Goff in Week 16 opened the door for backup John Wolford to see the field. Reports began to surface this week that heading into next season, Wolford and Goff will be in open competition for the starting job.

As this blockbuster trade shook up the NFL landscape for the upcoming season, there was plenty of reaction on social media.

Three Ideas For Russ & The Seahawks
Martin Rogers presents three options to address Russell Wilson’s displeasure with the way things are being handled in Seattle.
12 hours ago

The Brady Plan
Before he released a workout video, Saints QB Drew Brees' retirement seemed like a done deal. Instead, might he follow Tom Brady's path?
18 hours ago