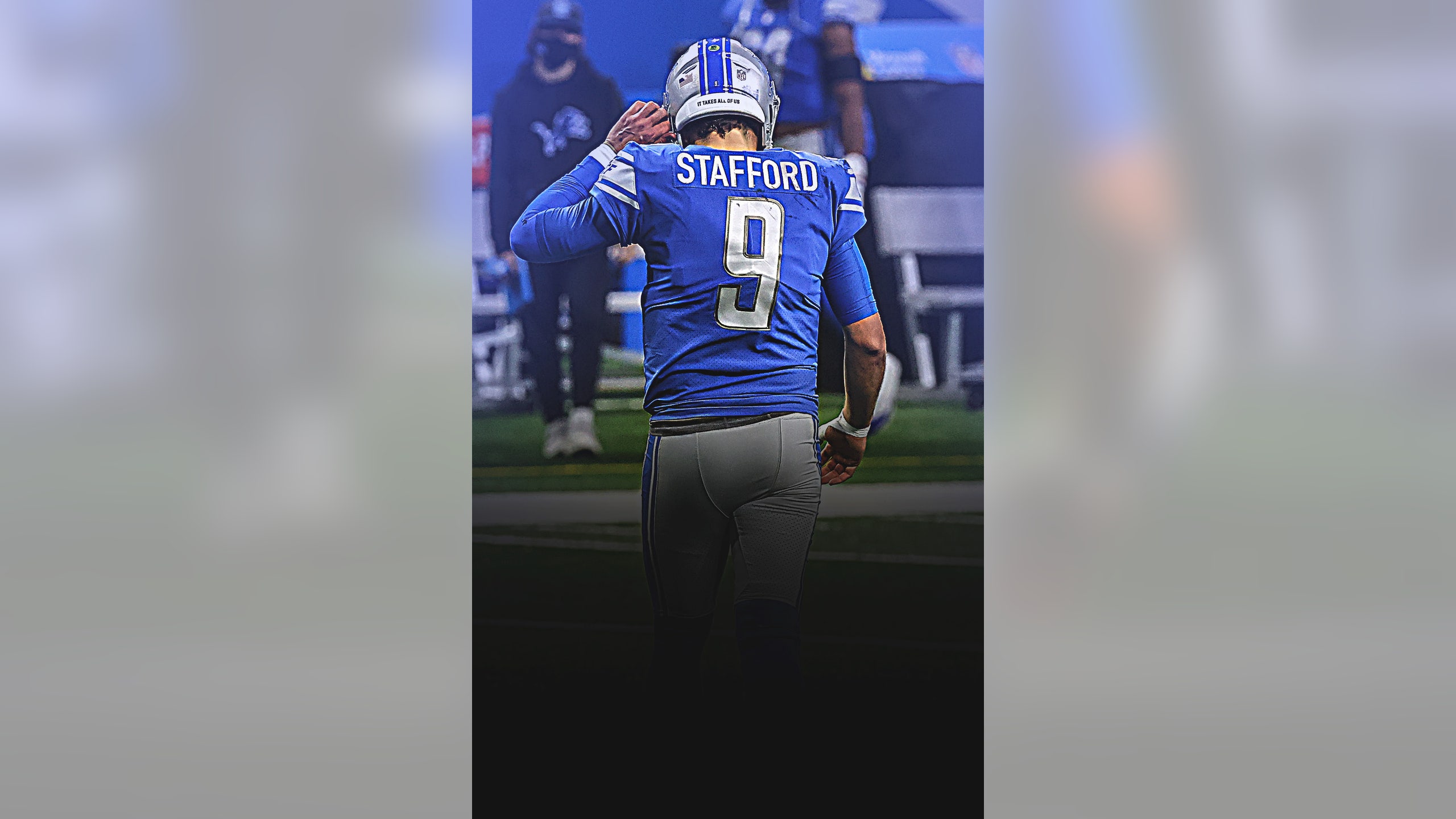 It is officially the end of an era in Detroit.

The Detroit Lions and quarterback Matthew Stafford have "mutually agreed" to part ways 12 years after the franchise selected Stafford No. 1 overall in the 2009 NFL draft.

In 12 seasons, Stafford rewrote the Lions' record books, throwing for 45,109 yards and 282 touchdowns. He ranks 16th in NFL history in passing yards and touchdowns.

The news of the Lions and Stafford agreeing to pursue a trade comes on the same day the franchise announced it will hire former Los Angeles Chargers head coach Anthony Lynn to be the next offensive coordinator, joining new head coach Dan Campbell's staff.

Stafford on the move adds to what is already a busy offseason for the quarterback market.

That is in addition to current Philadelphia Eagles quarterback Carson Wentz and Houston Texans quarterback Deshaun Watson voicing their displeasure with their franchises.

What comes next for Stafford? There are potential suitors around the league who are in need of a quarterback, some of which have ties to the veteran signal-caller.

The Washington Football Team faces uncertainty at the quarterback position, given Alex Smith's health and the release of 2019 first-round pick Dwayne Haskins.

After a disappointing season from Cam Newton, the New England Patriots and former Lions coach Matt Patricia could find themselves in the running for Stafford.

The Saints will be heading in a new direction with the aforementioned retirement of Brees, and the Colts are in need of a quarterback after Rivers' retirement.

The San Francisco 49ers are only a year removed from playing in the Super Bowl with Jimmy Garoppolo, but after an injury-marred 2020 in which Garoppolo played only six games, the team could be looking for a new answer at QB. Garoppolo has missed 23 of 48 games the past three seasons with the Niners.

After moving on from Cam Newton in 2020, the Carolina Panthers were the victims of inconsistent quarterback play from Teddy Bridgewater, who threw only 15 touchdown passes in 15 games as a starter.

The Lions, on the other hand, have the seventh overall pick in the 2021 draft and could acquire more draft capital from a team looking to upgrade its quarterback situation with the addition of Stafford.

With the Eagles potentially parting ways with Wentz, they could also be a trade partner for the Lions. Philadelphia's offensive coordinator, Jim Caldwell, was the head coach of the Lions from 2014 to '17, and he and Stafford led the team to two playoff appearances.

For his part, at age 32, Stafford might be looking for a chance to finally win in the postseason, something he's never done.

Where he lands could have major implications on the 2021 NFL season.

What will the Lions do with their quarterback vacancy? That's for Campbell and Lynn to sort out as they enter their first season in Detroit without the lead of a veteran quarterback.

A Look Into The Future Of Sports
As medical science progresses, we could soon view athletes playing into their mid-40s as the norm. Martin Rogers has the story.
12 hours ago

Speaking Volumes
The Seattle Seahawks have been quiet about the recent Russell Wilson rumors, but NFL pundits have plenty to say.
18 hours ago

They Need A Hero
Bill Belichick still needs a Tom Brady replacement if he's going to guide New England back to contention. Who could it be?
21 hours ago