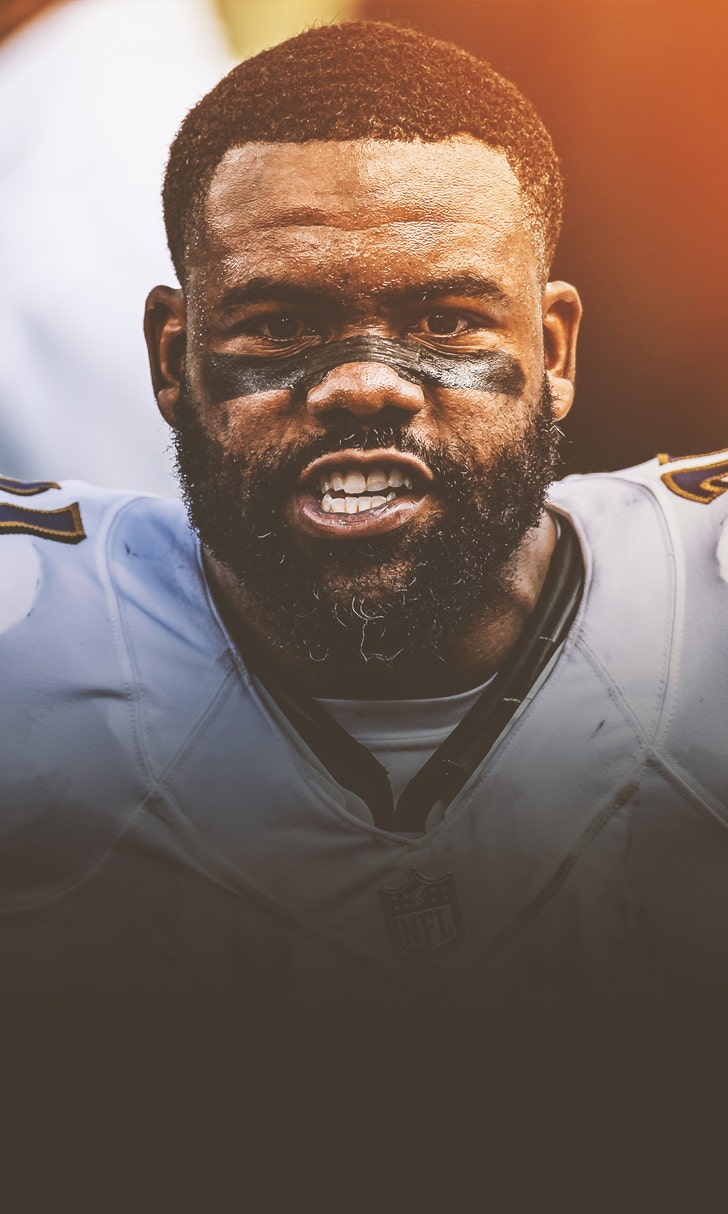 Deshaun, if you're reading this, Mark has a proposition for you.

Following the 2020 season, the Baltimore Ravens waived running back Mark Ingram after a memorable two seasons with the franchise. Beyond Ingram's offensive production, he was known for his positive energy in the locker room and on the field.

And when he spoke to Charlotte Wilder during Super Bowl week, Ingram's silly demeanor was on full display – most notably when Wilder asked if Ingram had a dream destination to take his talents to next.

Despite the jokes, Ingram, 31, is serious about continuing his career in the league and joining an organization that will welcome him with open arms.

Ingram has high expectations for his future.

The conversation didn't stay serious for long, as Wilder had to address a popular rumor floating around after the Ravens' epic Monday Night Football win over the Cleveland Browns.

Baltimore quarterback Lamar Jackson made an unexpected exit late in the fourth quarter of the tightly contested matchup, and his mysterious leave of absence sparked a flurry of accusations on social media.

Allegedly, Jackson had to escape to relieve himself when he hurried back into the locker room. Jackson, however, claimed he was having cramps and needed an IV.

Many fans aren't fully convinced Jackson wasn't taking care of business, but Ingram had the QB's back.

"I don't think somebody would be taking a dump for that long during the game. So then I'm like, he had to be getting an IV because there's no way you're taking a 20-minute dump during a game when your team needs you."

Whatever happened behind closed doors doesn't matter to Ingram because Jackson still came out clutch and delivered when his team needed him most.

"He made up for it because he came in and scored a touchdown at the most crucial moment of the game. I don't know what he did, but whatever he did, he might need to do that more often because he came out there, and he was flawless. Lamar Jackson, you the man." Ingram might not be taking handoffs from Jackson next season, but Deshaun Watson wouldn't be a bad option, either.