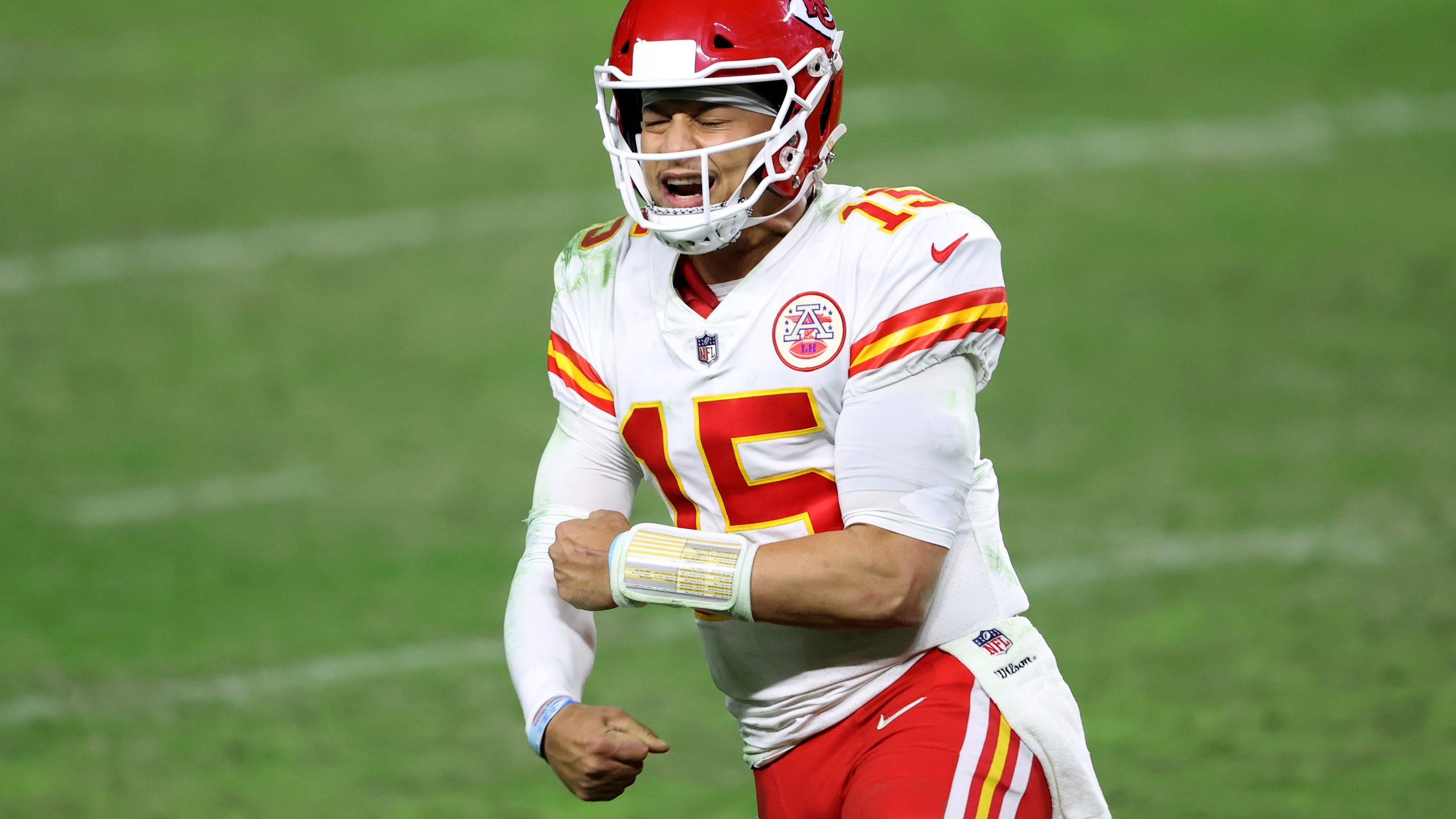 Divisional rivalries always have a chance to produce memorable games, as was the case on Sunday night.

Kansas City's win over Las Vegas avenged a Week 5 loss to the Raiders and moved the reigning Super Bowl champions to 9-1 on the season.

Here are the key takeaways from this Sunday Night Football matchup.

There might not be any superlatives left to describe the magnificence of Patrick Mahomes and the Raiders got a glimpse of his magic firsthand on the Chiefs' last drive of the game.

After Las Vegas took a 31-28 lead late in the fourth, the less-than-two-minute drill was no problem for Mahomes, who led the Chiefs down the field to give KC a 35-31 lead with 28 seconds left, which effectively sealed the deal for KC.

And for all that he has accomplished in his short, yet illustrious, career, Sunday's game-winning drive was the first of Mahomes' career.

For the night, it was just business as usual for the Chiefs superstar quarterback, completing 34 of 45 passes for 348 yards and two touchdowns.

With Mahomes overseeing the offense, the Chiefs have a chance to do something special every time they step on the field.

While Mahomes and the Chiefs will be the story out of Las Vegas on Sunday, the play of Raiders quarterback Derek Carr can't be overlooked.

He put the Raiders in position to win the game late, with a go-ahead touchdown pass to Jason Witten with 1:43 left in the fourth quarter.

On the night, Carr was at times dominant for the Raiders, completing 23 of 31 passes for 275 yards and three touchdowns.

While he came out on the losing end of this NFC West matchup, he caught the attention of the Twitter world with his performance.

There are still six games left to be played by the Chiefs and Raiders this season, but Sunday night's win for KC might just have sealed the AFC West for the defending champions.

The Chiefs avoided being swept by the Raiders, and in the process, moved three full games ahead of the Raiders in the loss column.

And after the game, Mahomes was sure to let the Raiders know who the top dog still is in the division.

There's still time, but the Chiefs put a stranglehold on the AFC West race with Sunday's win, while staying well within striking distance of the undefeated Pittsburgh Steelers (10-0) for the top spot in the AFC come playoff time.

NFL Mock Draft 6.0
With the Super Bowl fast approaching and the combine next on the NFL calendar, check out Jason McIntyre's latest Mock Draft.
18 hours ago
those were the latest stories
Want to see more?
View All Stories
Fox Sports™ and © 2021 Fox Media LLC and Fox Sports Interactive Media, LLC. All rights reserved. Use of this website (including any and all parts and components) constitutes your acceptance of these Terms of Use and Updated Privacy Policy. Advertising Choices. Do Not Sell my Personal Info