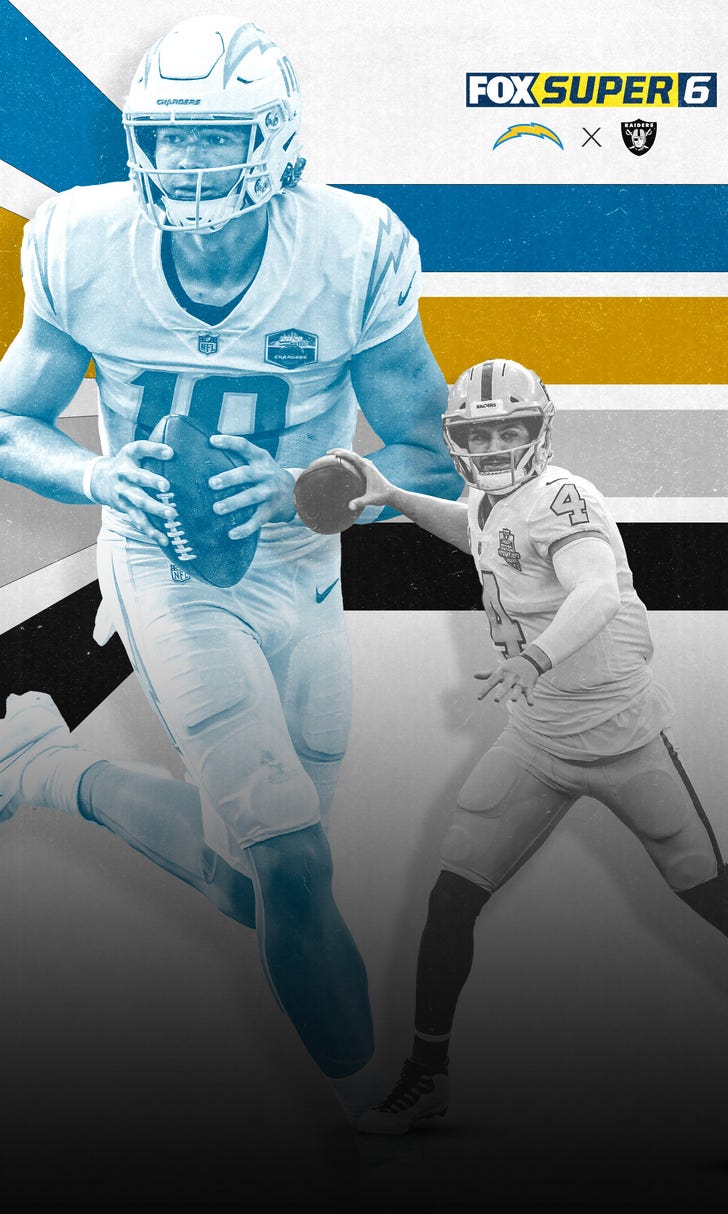 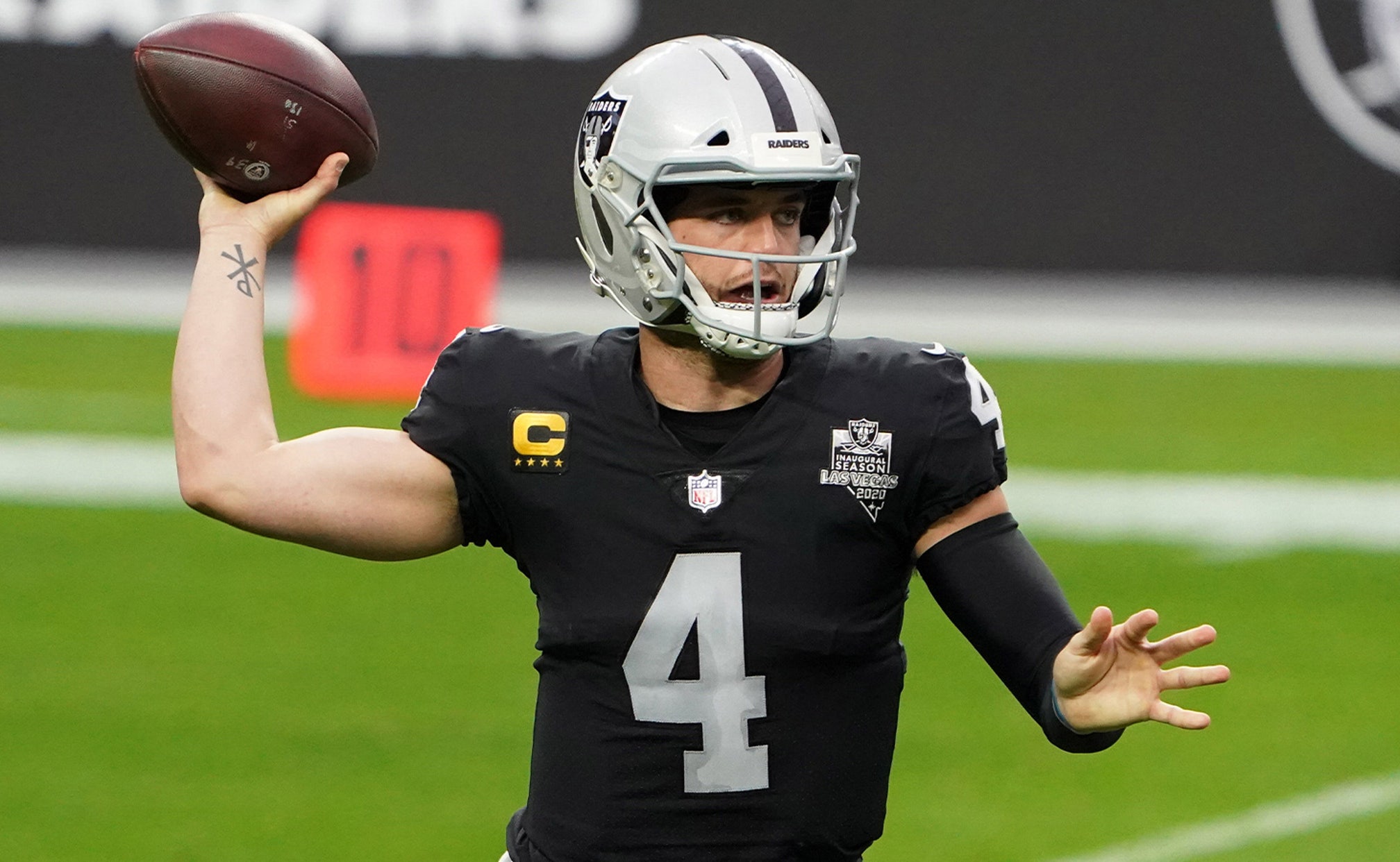 previous story
Time to Buck Up
next story
Will The Real Raiders Please Stand Up?
National Football League

The Las Vegas Raiders’ road to the playoffs seems pretty clear. And right now, it has no margin for error.

With three losses over the past four weeks, the Raiders have gone from “team you don’t want to play in the postseason” to “team that may not even make the tournament” thanks in large part to the problems on defense that forced the firing of defensive coordinator Paul Guenther this week.

The Raiders' season is on the line when the Los Angeles Chargers arrive at Allegiant Stadium for Thursday Night Football on FOX at 8 p.m. ET. At 7-6, Las Vegas can’t afford any more slip-ups in the tight AFC.

And being able to predict the big events of this game could help you win $25,000 in FOX’s Super 6 contest. Just download the free app, answer six questions correctly and you could win up to $25,000 while watching football. It’s that simple. Here are the questions and some insight on how to approach your picks:

For both the Chargers and Raiders, point-scoring hasn’t been the issue this season. It has been allowing teams to score too many points against them. Los Angeles has allowed 27.8 points a game while the Raiders are giving up 30.1, even to the most pedestrian of offenses like the New York Jets and Atlanta Falcons. This is a game where the numbers early could be high.

There are two players to watch here and they are both running backs ⁠— the Chargers' Austin Ekeler and the Raiders’ Josh Jacobs. Both are the types of backs who wear teams down and can punish them. The catch is that both also can catch the ball out of the backfield and score. So the trick isn’t just guessing what team will score and by what method, but if the running back will score by run or reception.

Which of the following players will score the most points in the game?
Options: Michael Badgley, Daniel Carlson, Austin Ekeler, Josh Jacobs, Darren Waller, Tie

The two kickers are solid, although Badgley has struggled at times this year compared to past performances. Ekeler and Jacobs are the driving forces behind both offenses. But don’t rule out Waller, who is Derek Carr’s primary target in the red zone. Waller makes things difficult.

If you total up the game averages, you are looking at a 58+ game. Consider that the Raiders are a gift from above on the over/under ⁠— 9-3 on the over this year for the Raiders. The Chargers also are good on the over number of 75. The over/under on FOXBet for this game is 53, so take the higher end of the scale.

The Chargers have three guys who can really pad the receiving numbers ⁠— Ekeler, Mike Williams and Keenan Allen. They give Justin Herbert looks all over the field and are as versatile as you will find in any offensive unit. While the Raiders have a lot of weapons, they won’t have Henry Ruggs III this week as he’s been sidelined after being placed on COVID-19 reserve. That helps edge this category to the Chargers.

The Chargers have nothing to lose in this one. Their season is over. They may have a new head coach and they have a solid foundation with Herbert, Ekeler and Allen to start a surge moving forward.

The Raiders are on the spot, and that hasn’t exactly been a strong point for Las Vegas since their last Super Bowl appearance in 2002. There have been late-season fades the past few years. And a loss on Thursday will kill their playoff hopes in the tightly bunched AFC race. Maybe Las Vegas wins this one. But after the past three weeks, nothing is a sure bet.

Enter the Thursday Night Football Challenge contest on the FOX Super 6 app for free and you can win this week’s $25,000 jackpot! Download now at foxsuper6.com!