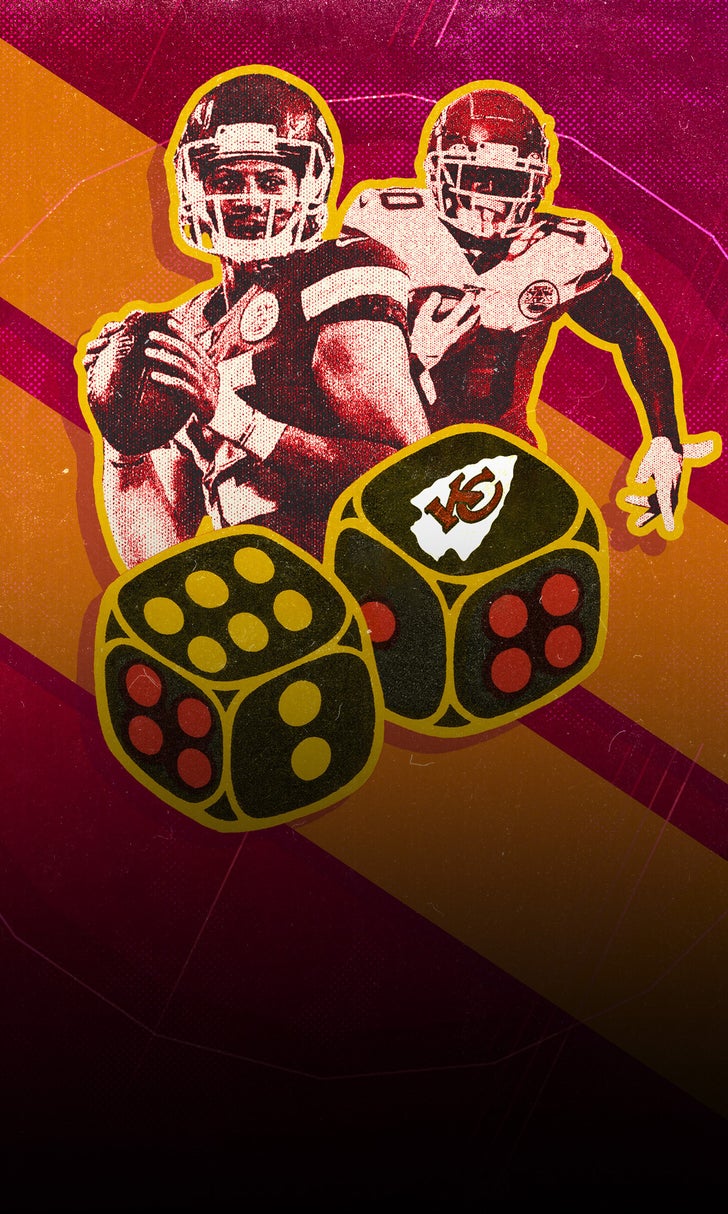 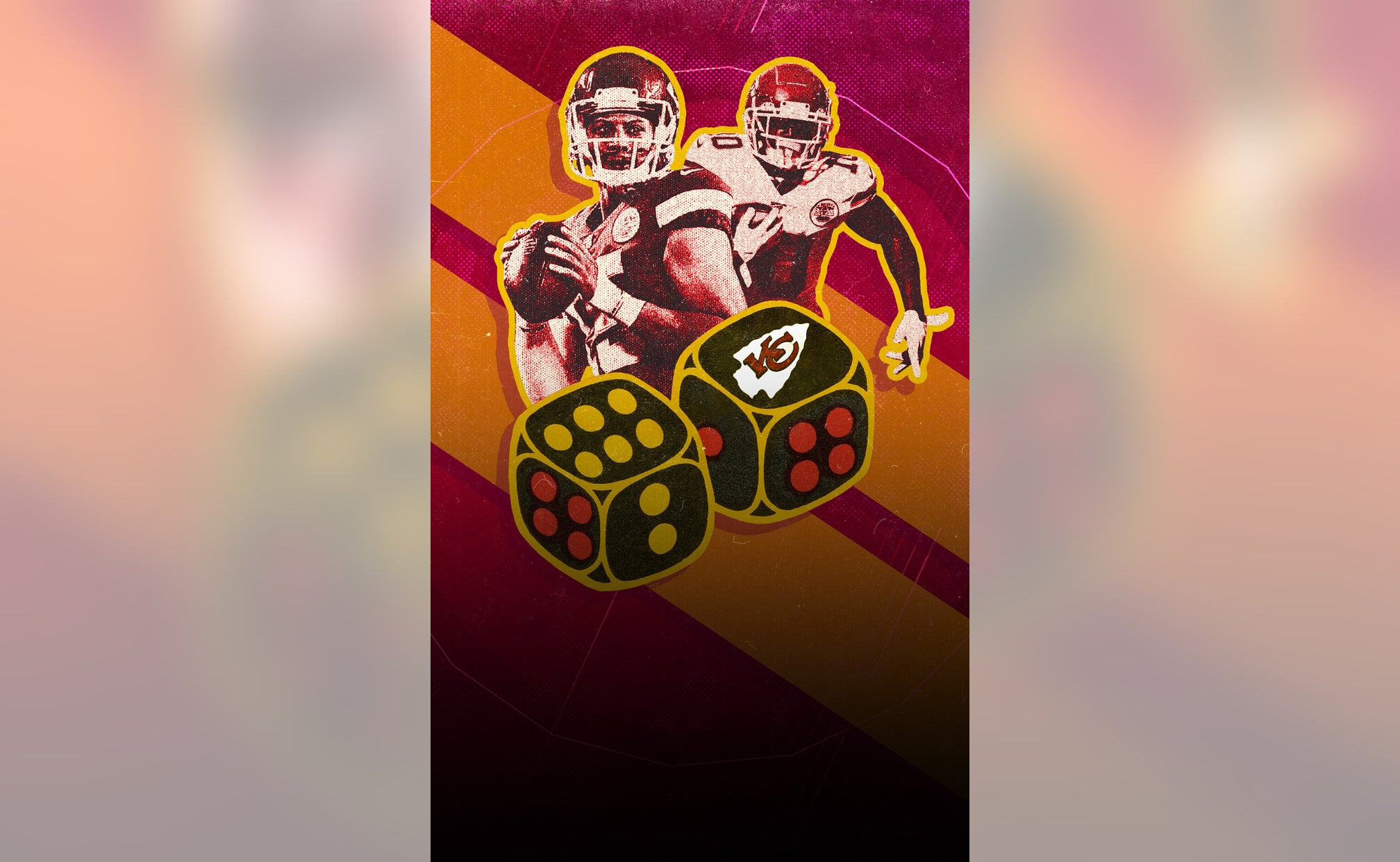 A Chief Concern In Week 14

Down the stretch we come. Four weeks left in the NFL regular season, and the lines are starting to tighten up. Since it’s getting harder to find an edge in the game lines, I’ve found some unique ways to wager on the NFL this weekend (with all odds via FOX Bet).

When we see the Chiefs, there’s an automatic reaction to bet the over, which is a mistake this weekend.

For one, three out of the last five KC games have gone under. The Chiefs' defense has allowed 21 points or fewer a league-leading eight times this season, and that trend will continue against the Dolphins.

With Tua Tagovailoa running the offense, the Dolphins don’t score many points. In his first five starts, they’ve scored 17 points per game and only eight touchdowns — I’m excluding two touchdowns that were both one-yard drives after a fumble recovery and punt block.

Kansas City's defense might struggle at times to rush the passer, but they do enough with their scheme and tackling, plus they avoid allowing big plays — outside of the Raiders. Miami just doesn't have the offense to score a high amount of points.

So what about the Chiefs offense? They rank No. 1 in multiple advanced metrics for efficiency, but at various points this season, including the last two games, have missed scoring opportunites.

Kansas City has failed to capitalize on other opportunities to find the end zone, either with a missed connection between Mahomes and a receiver, or because of a holding penalty. It seems to be a pattern this season that I don’t expect to change this weekend against a stout, well coached Miami defense.

The Chiefs are 1-for-8 in the red zone converting touchdowns the last two weekends, dropping their red zone touchdown percentage to 24th in the league. The Dolphins are ninth in red zone defense.

Lastly, it’s worth looking at trench matchups when you’re wagering on the under. The Chiefs offensive line is playing with multiple backups and has struggled inside to pass protect. The Dolphins have a fierce pass rush but also are outstanding at moving along the defensive line and working pass game stunts to cause disruption.

If Tampa Bay is going to make a legitimate push to the postseason, it’s starting now after their bye week. Tom Brady is 14-4 after a bye week with an average winning margin of 17 points.

Yes, that was with New England, but Arians is also 4-2 as a head coach off a bye. They’ve had two weeks to get together a game plan against Mike Zimmer’s Vikings defense, which Tom Brady has beaten four out of five chances.

For as “bad” and disjointed as the Bucs offense has looked, they are still sixth in total offensive DVOA. Some of their issues on offense have come when Brady is pressured, but against the 30th ranked pass rush unit, Tampa Bay's offense line will give Brady the time he needs.

This Bucs offense can be great, and I have to believe coming off a bye, they will have it together.

The Vikings offense has heated up over their current run of victories, winning five out of their last six. Who has Minnesota played, though? They’ve struggled to beat the Jaguars, Panthers and Bears, while losing to the Cowboys.

The Vikings haven't faced a team remotely close to the Bucs since Week 8 when they beat the Packers on the road. Minnesota dominated Green Bay on the ground, with Dalvin Cook rushing for 163 yards on 30 carries. But Tampa Bay's rushing defense is first in DVOA, allowing the fewest amount of rushing yards and yards per carry in the NFL.

The Vikings will not win the game with Cook being the only offense. So can Cousins play well against this excellent pass defense? Depends on his protection.

When Cousins is pressured, like most quarterbacks, his numbers fall off quickly. According to Pro Football Focus, the Tampa Bay pass rush is ranked seventh in the NFL, while the Vikings pass protection is near the bottom in the league. Cousins will be pressured into mistakes.

I see a major advantage in the trenches for the Bucs on both sides of the ball. I’ll wager on them winning this game by at least a touchdown.

This is what wagering is all about for me: finding different ways to place bets. The Washington Football team has won three games in a row — but not because of their first half offense, which ranks 29th in scoring.

In three of the four games Alex Smith has started, the offense has been sluggish early. Against the Lions and Steelers, the Washington offense had three first-half points. Against the Bengals it was seven, and against the Cowboys, it was 17.

One of those touchdowns in Dallas was aided by a short field turnover. Washington starts slow because Alex Smith is a check-down Charlie until he needs to let it rip. It often takes him time to be forced to throw the ball down the field.

On the flip side, the Niners start slow because they are injured and not terribly good. Now, they battle their asses off, but that doesn’t result in points. San Francisco sits 22nd in first-half scoring, and we know Washington relies on their fourth-ranked DVOA defense to keep the team in the game. Expect to see a low scoring affair in this contest.

The only way Hurts will throw for more than 224 yards is in garbage time, and even then, it will be tough against a top five pass defense.

Eagles head coach Doug Pederson said this week their game plan for Hurts' first start is run the ball, screen passes and quick passing game. Just gross. They are just going to limit his opportunities to move the ball with his arm.

Lastly, the Saints offense is a run first team and they end up taking up a good chuck of the clock, leaving fewer opportunities for the opposing offense to move the ball.

Jacksonville might not win games, but they keep them close. They've lost six games by eight or fewer points, including the last two games with Mike Glennon under center.

The Jaguars have actually moved the ball well compared to Jake Luton or Gardner Minshew, with Jacksonville scoring 24.5 points in those two games. Enter a Titans defense that’s the worst in the NFL on third down, and I think the Jaguars can keep this tight.

Come on now. The Steelers might have lost, but they can cover 8.5 points on the road against the Bills. They didn’t just turn into a pumpkin after a single loss. If Pittsburgh catches even half of the more than dozen balls they’ve dropped over the last two games, they might even leave Buffalo with a win.

I think I made my thoughts clear above about the Bucs this weekend.

Detroit is much different team with Matt Patricia gone, and we saw that last weekend in their late come-from-behind win against the Bears. Listening to Matt Stafford discuss the happiness the team experienced in the week without Patricia has me thinking the club will build on the success from last Sunday.

Also, the Lions have covered the last three at Ford Field against the Packers.

Top Plays: Divisional Sunday
The NFL playoffs featured a game-changing turnover for the second straight day. We broke down the big moments.
20 hours ago
those were the latest stories
Want to see more?
View All Stories
Fox Sports™ and © 2021 Fox Media LLC and Fox Sports Interactive Media, LLC. All rights reserved. Use of this website (including any and all parts and components) constitutes your acceptance of these Terms of Use and Updated Privacy Policy. Advertising Choices. Do Not Sell my Personal Info