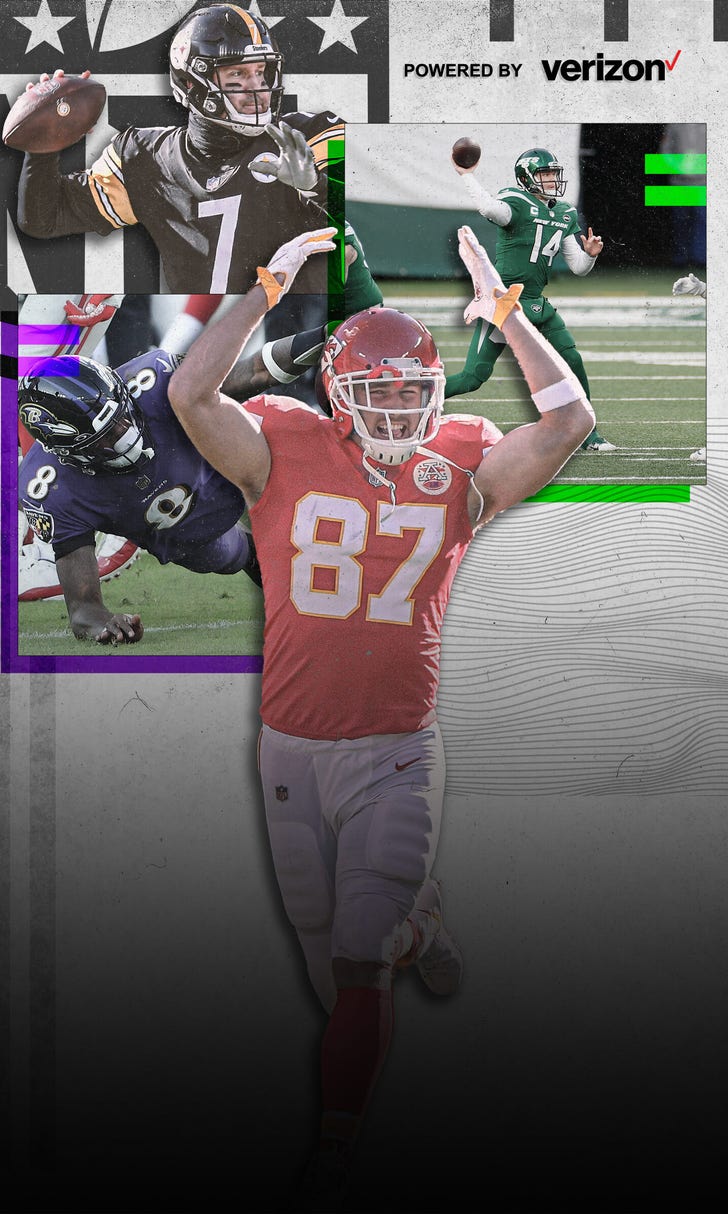 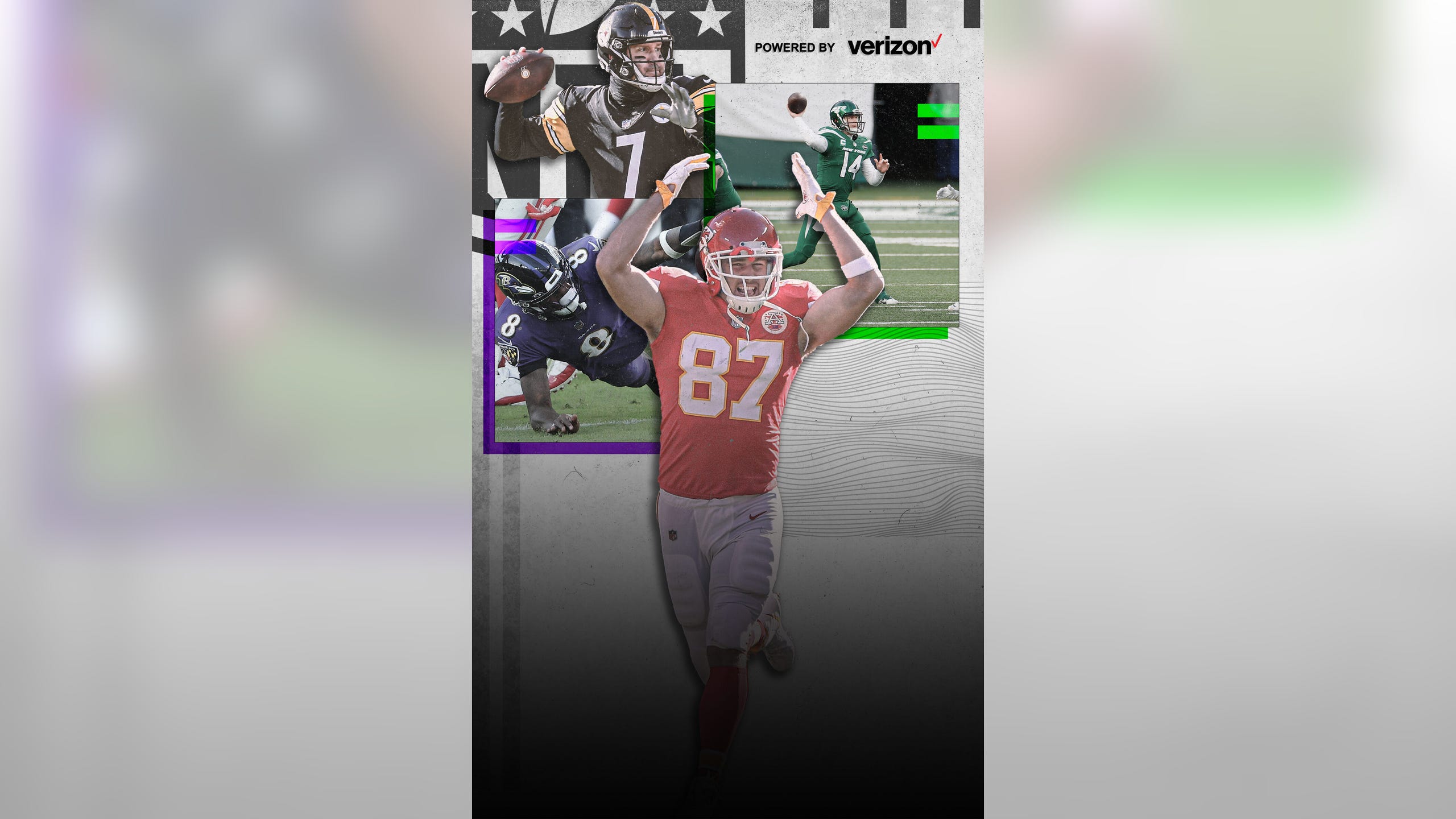 Week 16's early slate of NFL action was the gift that kept on giving.

Records were broken, divisions and playoff seeds were clinched, and the No. 1 overall pick in the upcoming draft became set in stone.

Here are the major takeaways from the early window of Week 16:

The Kansas City Chiefs had to sweat late against the Falcons, but Atlanta kicker Younghoe Koo’s attempt to tie the game with a 39-yard field goal sailed wide in a 17-14 win for the defending champs.

With the win, KC locked up the top seed in the AFC and home-field advantage throughout the playoffs – albeit in less-than-convincing fashion.

Patrick Mahomes went 22-of-44 for 278 yards and two touchdowns, but the presumptive league MVP had an uncharacteristic interception near the goal line.

That pick didn’t come back to haunt Kansas City, as the Falcons punted on the ensuing possession, but it did mark Mahomes’ third straight game with a turnover.

Nevertheless, the Chiefs are winners of 10 straight games and have the AFC’s top seed locked up.

Furthermore, tight end Travis Kelce continued to write his name in the record books, setting the single-season receiving yardage record for a tight end in the win.

The Pittsburgh Steelers can throw out the footage of their first half against the Indianapolis Colts, staring at a 21-7 deficit heading into the break.

With 20 total rushing yards, Pittsburgh’s run game again left a lot to be desired. But Big Ben completed 34 of his 49 pass attempts for 342 yards and three touchdowns.

The defense also deserves special mention, as the Steelers got to Rivers five times and forced two giveaways.

Already assured of a playoff spot, the Steelers locked up the division following the 28-24 victory.

Meanwhile, the 10-5 Colts now find themselves on the bubble and will be eagerly rooting for the Green Bay Packers to beat the Tennessee Titans on Sunday night.

The Jacksonville Jaguars got railroaded by the Chicago Bears 41-17, but the silver lining is they officially clinched the No. 1 overall pick in the next NFL Draft.

Mitchell Trubisky had a hot-and-cold performance for Chicago, throwing for two TDs and rushing for another.

But Trubisky also threw an interception with the game still in the balance in the second quarter.

However, Chicago’s suddenly potent offense picked up the pace and rattled off four second half touchdowns to put the Jags out of commission.

David Montgomery continued to stay hot with his third straight game of 100-plus rushing yards and added his sixth touchdown in four games.

The win bumps the Bears over the .500 mark this season and keeps them in the thick of the playoff hunt.

Lamar Jackson and the Baltimore Ravens amassed 249 rushing yards in a 27-13 win against the New York Giants.

Jackson racked up 80 yards on 13 carries, while rookie JK Dobbins toted the rock 11 times for 77 yards and a touchdown. It was a fifth straight game with a TD for Dobbins, but he did leave the contest with a chest injury.

Baltimore’s superstar QB also got it done through the air, going 17-for-26 for 183 yards and two touchdowns, including one to Dez Bryant, his second touchdown in as many weeks.

The loss drops the Giants to 5-10 for the season, and NY will be eliminated from postseason contention with either a Philadelphia Eagles win or a Washington Football team win or tie.

The New York Jets played spoiler for the second straight week, dealing a blow to the Cleveland Browns’ playoff hopes in a 23-16 win.

Winless just two weeks ago, the Jets have now won back-to-back games against teams with designs on making the playoffs: the LA Rams and the Browns.

Wideout Jamison Crowder filled up the highlight reel, throwing a 43-yard beauty for a touchdown early.

Then, he resumed his regular duties with a 30-yard receiving score.

The Browns entered the game severely shorthanded in the wideout department, as four players were absent due to COVID-19 protocols.

That didn’t deter Baker Mayfield and the Browns from throwing the ball, however.

Mayfield’s 53 pass attempts were his most of the season and well more than his average of 29 attempts per game coming into the week.

The Cincinnati Bengals and Houston Texans didn’t have anything to play for other than pride and draft position, but they still treated viewers to a barnburner.

The fourth quarter opened with the Texans taking a 31-27 lead, before the Bengals answered back with a touchdown on the next possession.

Then, Cincy forced a fumble from Texans QB Deshaun Watson, which the Bengals turned into a field goal to push the lead to 37-31.

With mere seconds remaining, the Texans were left to try some backyard football to reclaim the lead, but were unsuccessful. After the game, Texans superstar JJ Watt relayed an impassioned speech regarding how he and his teammates are working through a rough season.