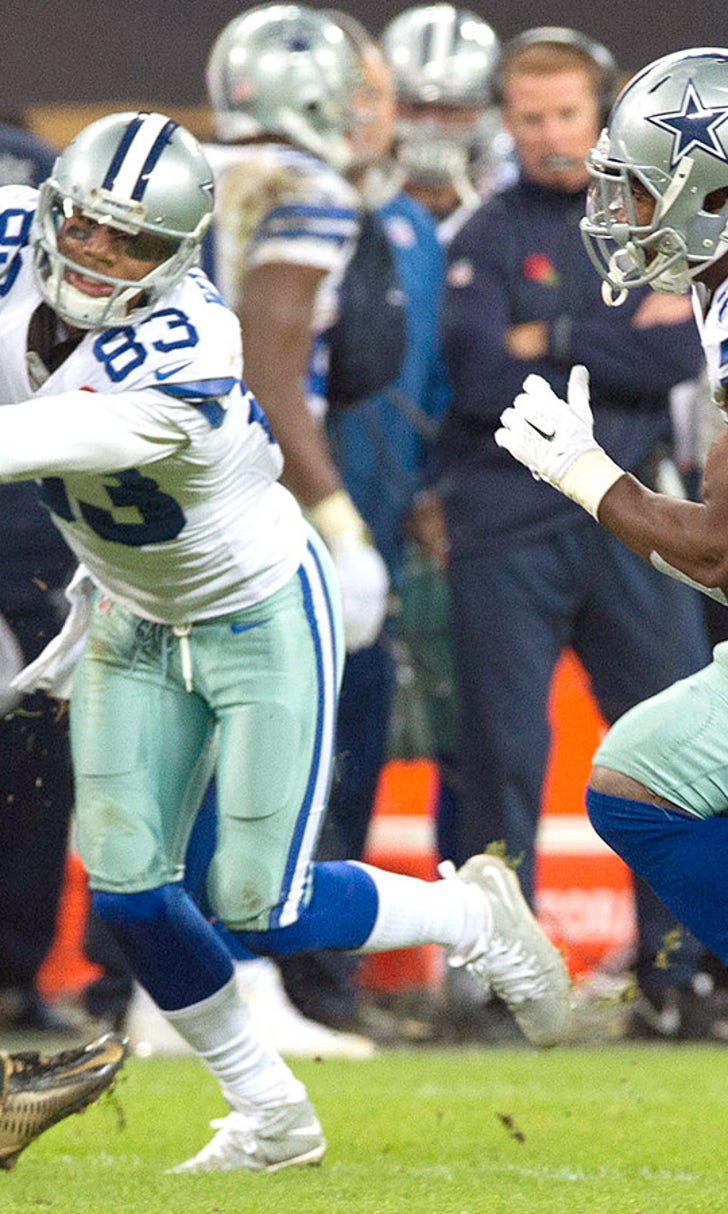 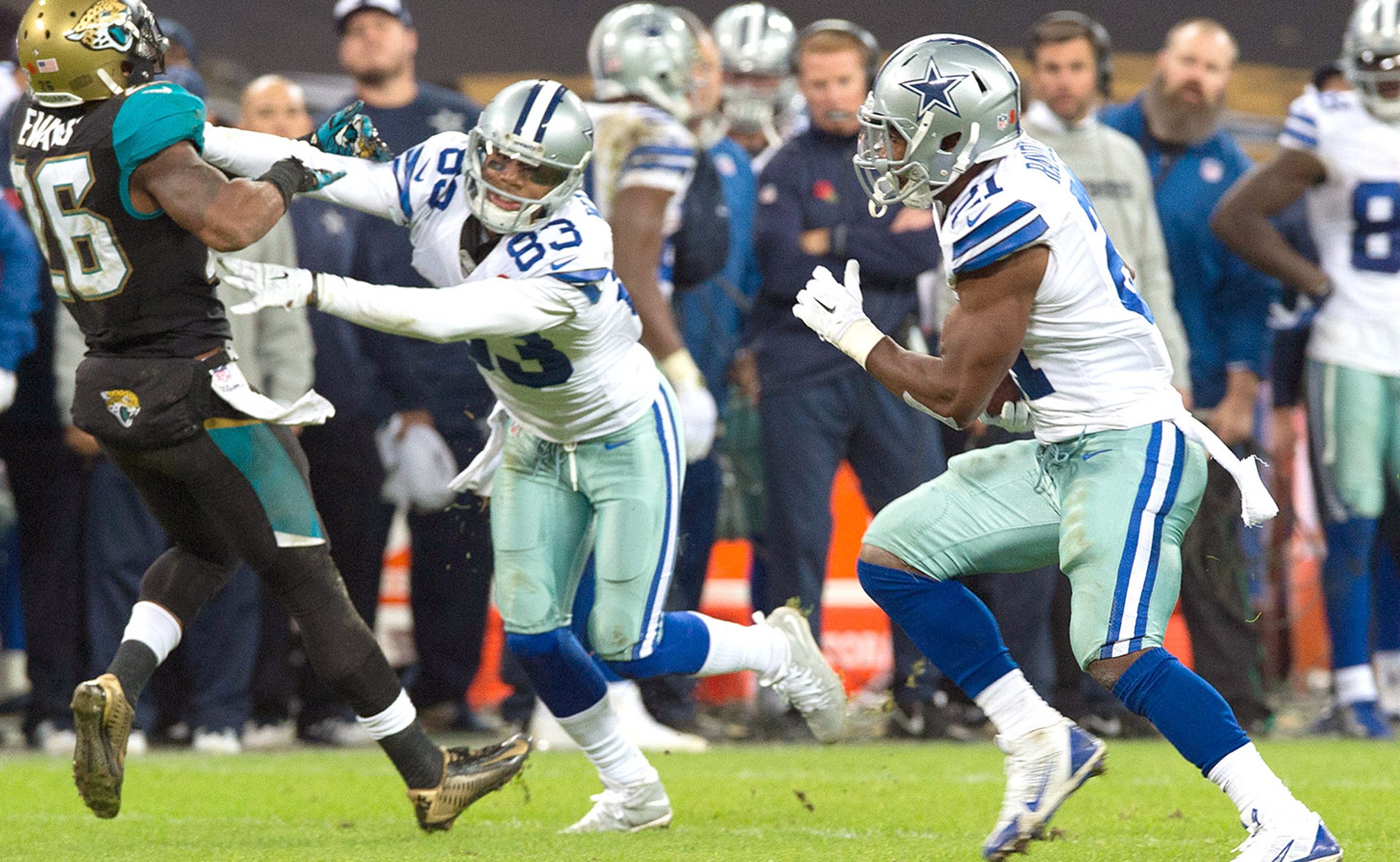 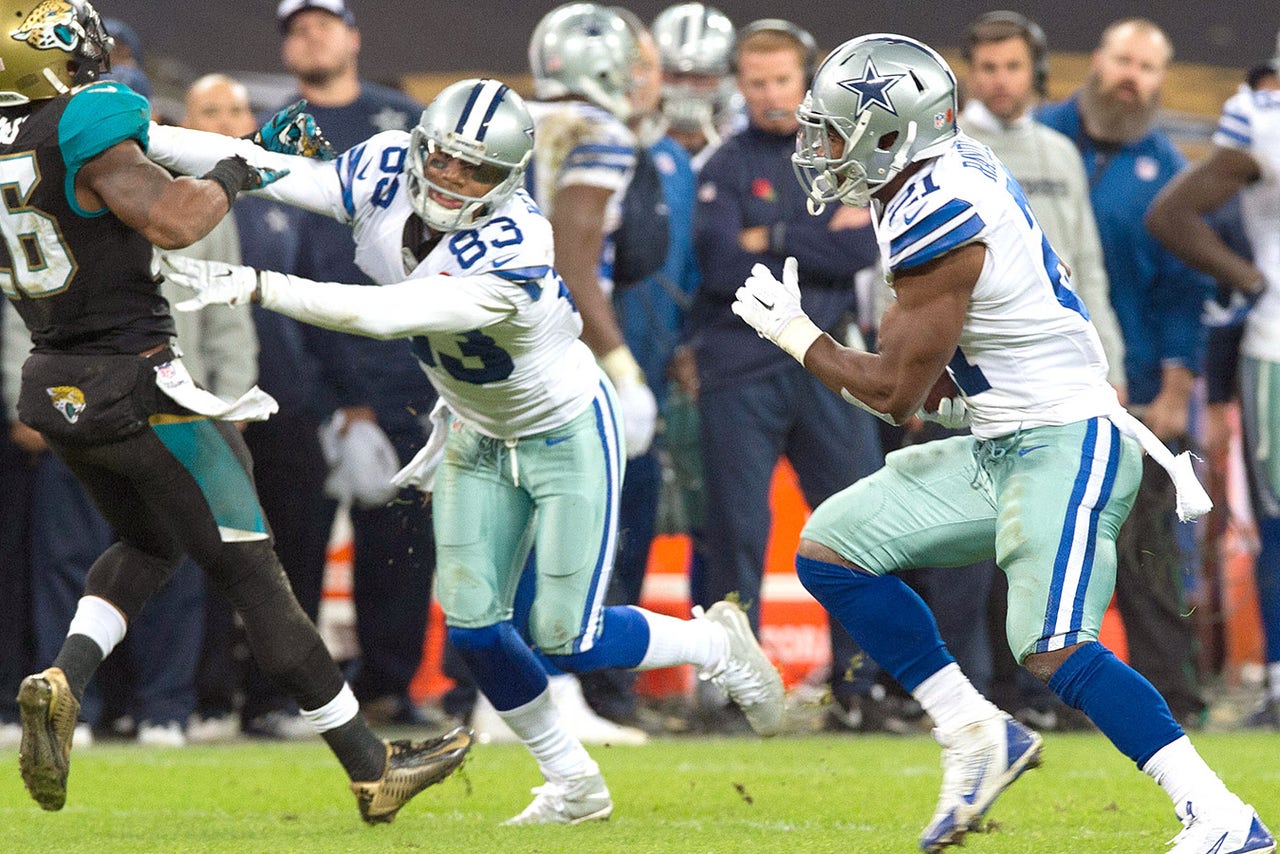 The Dallas Cowboys entered Tuesday's OTAs without their biggest offensive play-maker and the quarterback of their defense, but all of the focus is on the team's running game. There are question marks accompanying the Cowboys' backfield after allowing the NFL's leading rusher, DeMarco Murray, to walk in free agency. On Tuesday, we got our first glimpse of how the backfield might look come September.

Third year running back Joseph Randle opened up OTAs as the team's first-team running back, according to Todd Archer of ESPN.com. Randle averaged an impressive 6.7 yards per carry on 51 rushing attempts in 2014, but prorating those numbers over a full workload is a dangerous idea. Randle often received the benefit of facing a worn down defense--thanks to Murray--in nickel situations, but he did put together some impressive advanced metrics. According to Pro Football Focus, Randle forced 10 missed tackles on just 55 total touches and he led the NFL in yards after contact per attempt with a 4.20 average.

Of course, Randle's production as a reserve back spelling the starter does not predict what he can do in a lead back role. Pat Thorman of Pro Football Focus Fantasy dug up Randle's career production when he received a large workload, and the numbers don't look pretty.

Randle will continue to use OTAs and the upcoming minicamps to prove that he can handle a greater workload. With the oft-injured Darren McFadden, Ryan Williams and scatback Lance Dunbar behind him on the depth chart, he may have a longer leash. However, it's also too early to rule out Cowboys owner Jerry Jones making a move to bring in a veteran running back to add to the competition.