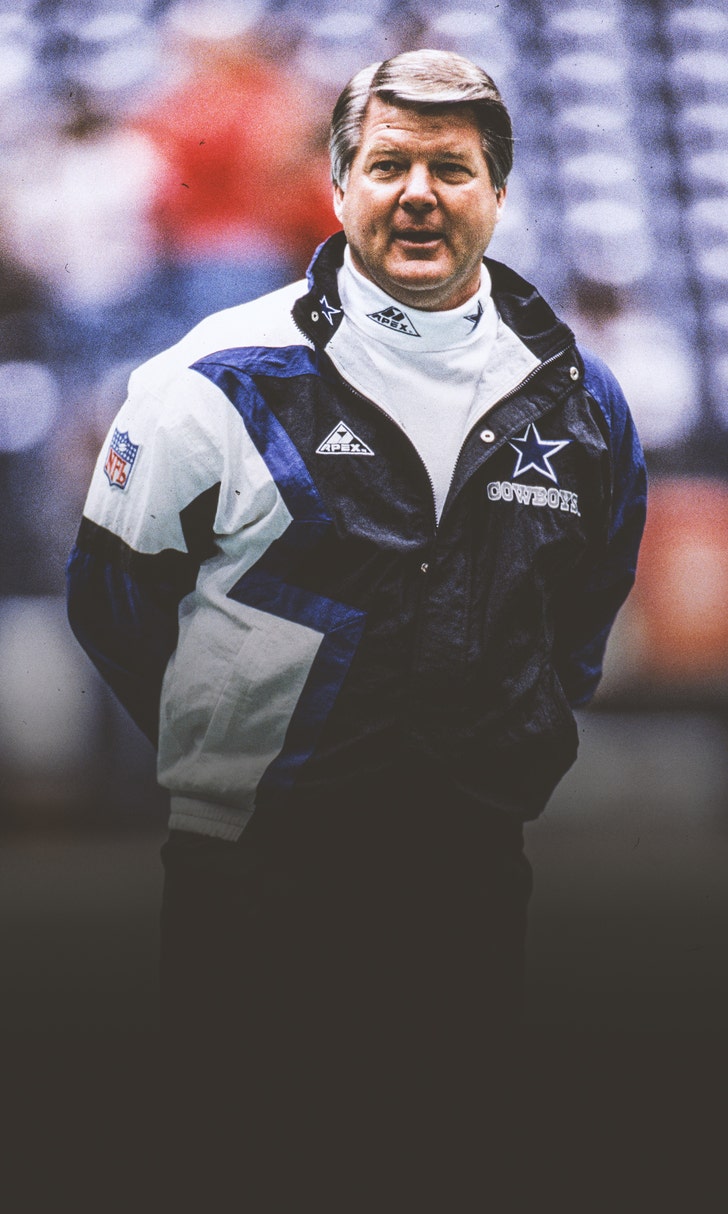 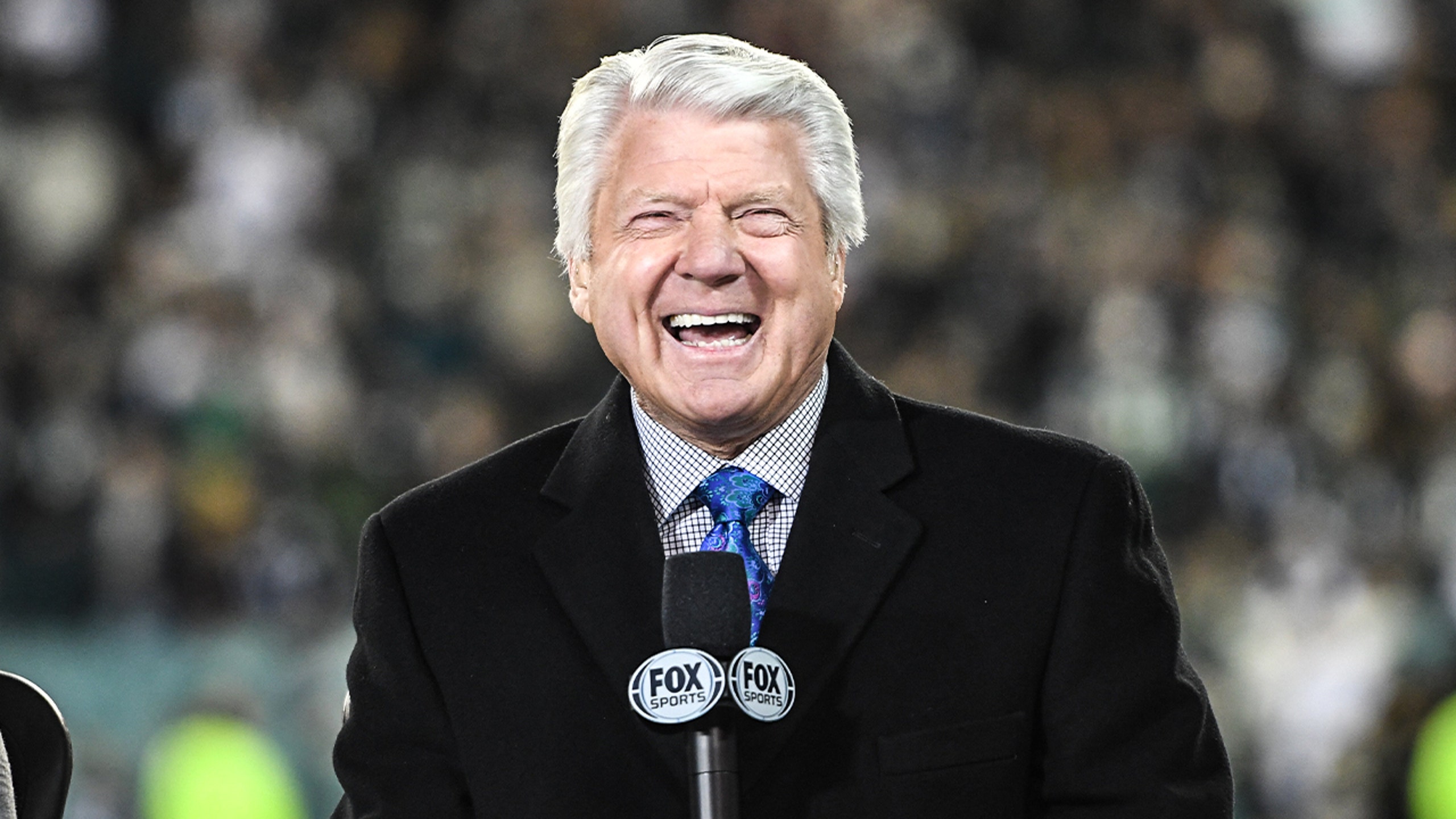 When the Hall of Fame coach speaks, the football world listens.

On Friday, legendary Dallas Cowboys coach Jimmy Johnson joined Marcellus Wiley and Emmanuel Acho at the "Speak For Yourself" desk to discuss a multitude of NFL topics, including what his former team should do about its starting quarterback situation.

Since 2016, Dak Prescott has served as the Dallas Cowboys' man under center, and in five seasons, he has accumulated a record of 42-27 in the regular season and led Dallas to NFC East crowns in 2016 and '18.

However, the Cowboys are 1-2 in the playoffs behind Prescott, and in Week 5 of the 2020 season, Prescott suffered a devastating compound fracture and dislocation of his right ankle, forcing him to miss the remainder of the season.

Prior to the injury, the Cowboys and Prescott had been engaged in long-term contract negotiations for the better part of two seasons, with the two sides unable to strike a deal. That resulted in Prescott's playing the 2020 season on the exclusive franchise tag, worth $31.4 million.

Now, with Dak in recovery mode and the offseason on the horizon, contract talks are once again creeping to the forefront in Dallas, and Johnson said Friday that he believes it's time to pay Prescott, simply because he is the Cowboys' best option.

"They've got a great leader that is an outstanding quarterback that can win you a championship. Get him signed," Johnson said.

Acho pressed Johnson on why he thinks Prescott is capable of winning a Super Bowl, considering he's 1-2 as a starter in three playoff appearances, and Johnson reminded the world of a few other legendary QBs who struggled at the beginning of their careers.

"Troy Aikman, as great a quarterback as he was, won zero games his first year. Steve Walsh won one game."

Aikman went 0-11 in 11 starts as a rookie, and Walsh went 1-4 as a starter in his rookie campaign, proving Johnson's memory to be stout.

Johnson also pointed to the Dallas defense as a reason Prescott started the 2020 season with a record of 2-3.

"You look at Dak – yeah, he had a very mediocre record to start out, but nobody could have won with that defense, the way they played."

The Dallas defense finished the regular season near the bottom of the league in every major statistical category, including allowing 386.4 yards per game and 29.6 points per game.

While Johnson is most in touch with the Texas team he used to coach, he has kept up to speed with the drama surrounding the quarterback position on the other Texas team, the Houston Texans.

Houston's franchise quarterback, Deshaun Watson, wants out, and reports are that new general manager Nick Caserio and new head coach David Culley can't do anything to change his mind.

While Dallas and Houston attempt to figure out their quarterback situations, one other team struggled under center this season as well: the New England Patriots, who lost Tom Brady to the Tampa Bay Buccaneers in free agency.

Now Brady's Bucs are preparing for Super Bowl LV, and Bill Belichick's Pats are left figuring out who will take snaps next season.

Although Brady seems to be winning the divorce in the eyes of most, Johnson said he isn't so sure that's true.

"Somebody molded this quarterback into the greatest of all time."

Thanks to Johnson, the Brady vs. Belichick debate will rage on.

Check out the entire conversation with Jimmy Johnson on "Speak For Yourself" below:

Colin's locks for the NFL season
Think it's too soon to start making 2021 NFL predictions? Colin Cowherd doesn't think so. We break down his picks.
12 mins ago

Dollars And Sense
Should the Tampa Bay Buccaneers sign Tom Brady to an extension? Many sports pundits believe it's a no-brainer.
2 hours ago

Thinking Cap
Big Ben and the Steelers agree that the QB will return for 2021, but they still need to get his massive contract worked out.
4 hours ago