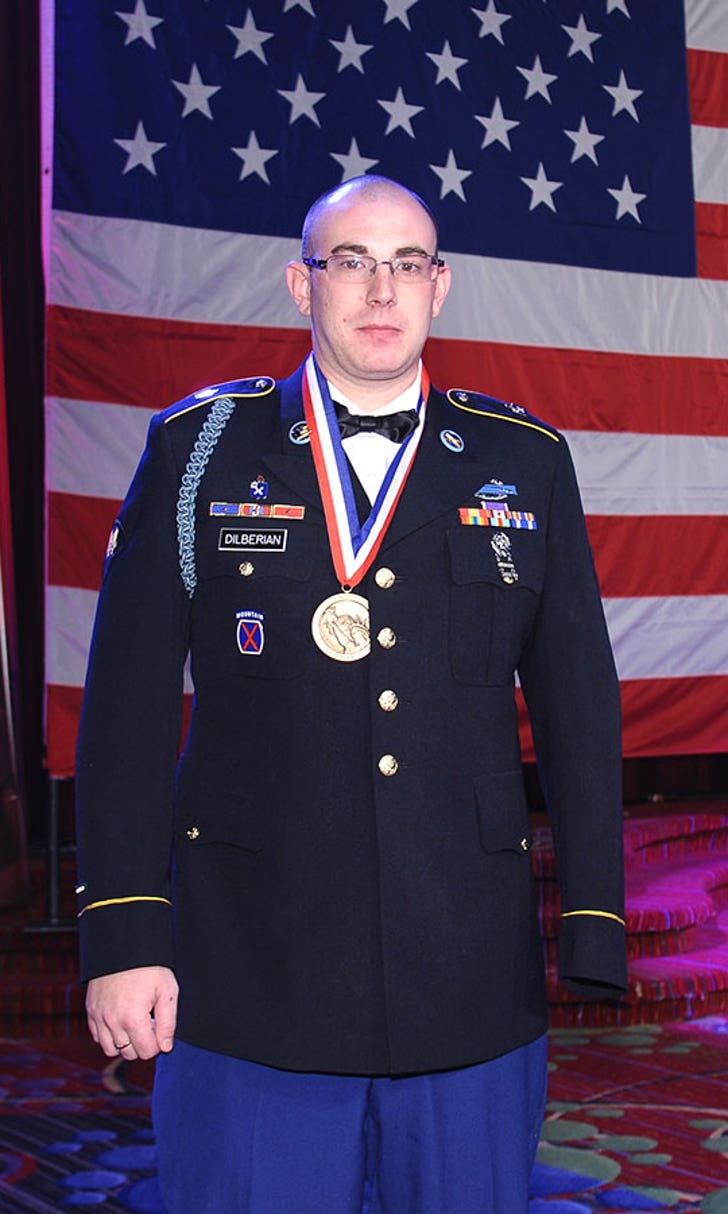 NEW YORK -- An Army veteran who lost both legs and an arm in Afghanistan three years ago is having a ''smart home'' built on Staten Island with the help of a $1 million donation from New York Jets owner Woody Johnson.

Army Sgt. Bryan Dilberian, wearing a Jets jersey while riding on the back of a Harley-Davidson motorcycle, received a hero's welcome at a groundbreaking ceremony Tuesday. It marked three years to the day that he was injured by an improvised explosive device that killed a few fellow soldiers.

The Stephen Siller Tunnel to Towers Foundation is building the home through its ''Building for America's Bravest'' program in a partnership with the Gary Sinise Foundation. Johnson and the Jets donated $1 million to build two smart homes, including Dilberian's.

''Three years ago, I got hit today,'' Dilberian told WCBS-TV. ''I lost a couple of friends, and it's just, it's like another rebirth.''

The 2,800-foot home will have three bedrooms, including a master suite with a customized bathroom, and features throughout that can be run off an iPad.

''It's going to mean everything to me,'' Dilberian said. ''I'm not going to be relying on nurses coming to the house. I don't have to rely on just, people just coming to help me. I love to cook. Now, this is going to give me the fundamentals to cook again.''

''He's got a challenge going forward,'' Johnson said of Dilberian. ''Hopefully, this is a little bit of an aid to him.''