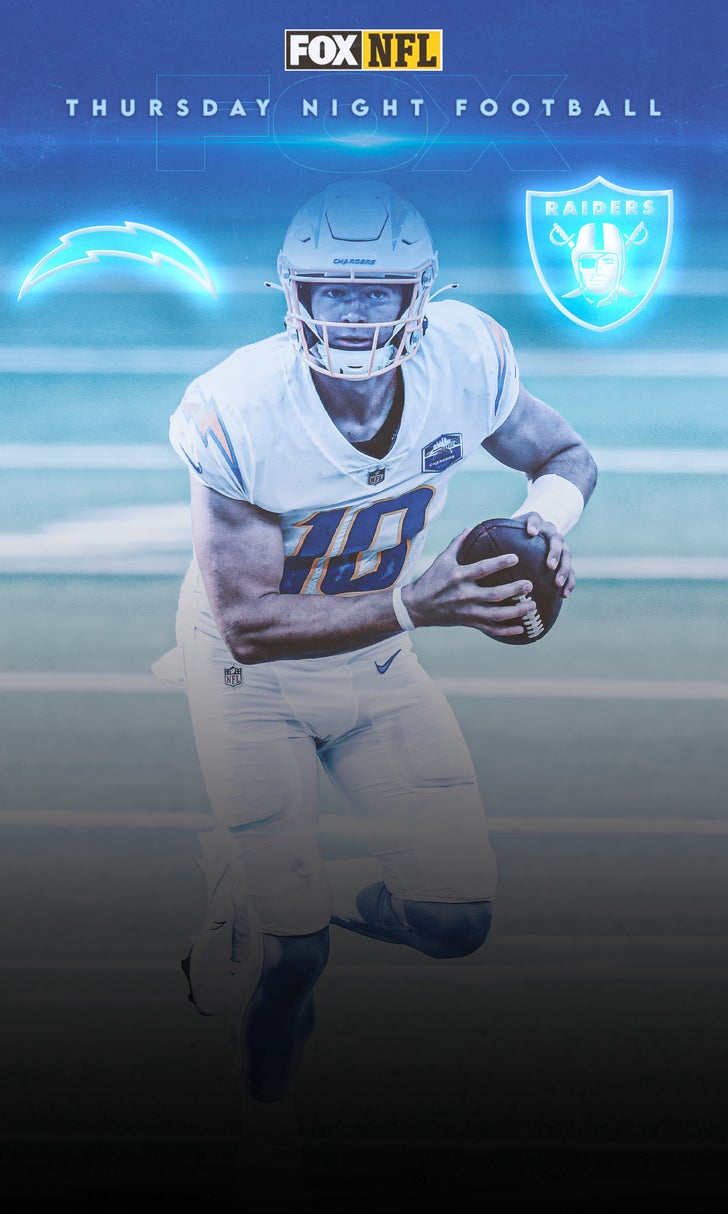 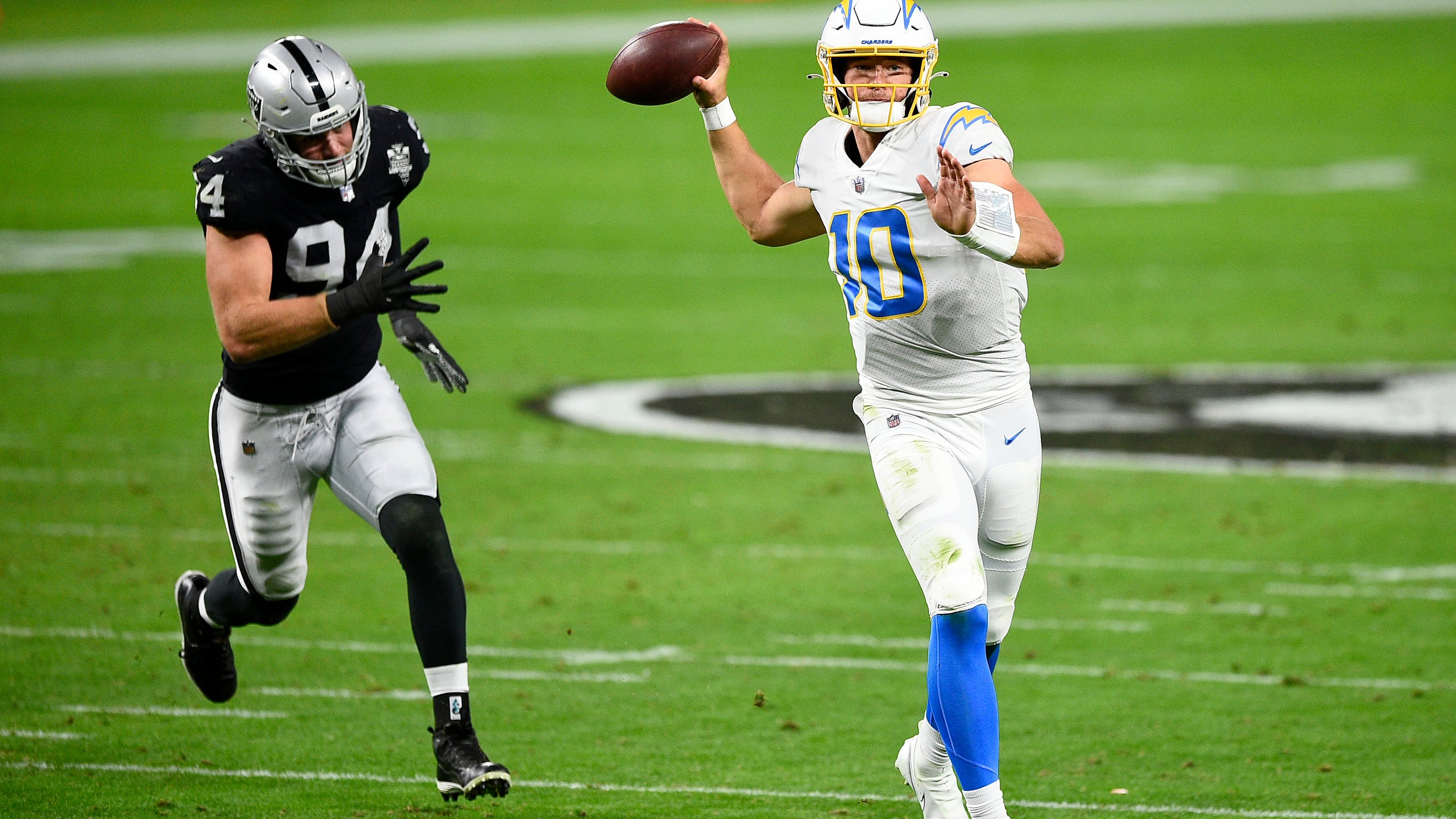 And the rookie Justin Herbert came out victorious over the veteran Marcus Mariota, with the Chargers emerging with a narrow 30-27 win.

Here are the key takeaways from this Thursday Night Football matchup.

The Chargers might not be heading to the playoffs this season, but the 2020 season has to be considered a successful one due to the breath of fresh air that is rookie quarterback Justin Herbert.

Herbert completed 22 of 32 passes for 314 yards and two touchdowns, while continuing what has been a historic inagural year.

In addition, while putting the Chargers on his back on Thursday night, Herbert secured their first divsisional win since 2018.

2. The other Oregon Duck

While Herbert was victorious tonight, there was another former Oregon Duck who was thrust into action for the Raiders: former No. 2 overall pick Marcus Mariota.

With starting quarterback Derek Carr going down with an injury in the first quarter, the Raiders turned to their backup, who filled in admirably in a losing effort.

Mariota completed 17 of 28 passes for 226 yards, one touchdown and one interception, guiding the Raiders to overtime and even handing the defense a three-point lead in the extra period.

While he might not have come out victorious, Mariota displayed the skills that made him a Heisman winner in college and a top five pick in the 2015 NFL Draft.

Mariota's performance might be the only silver lining in the Raiders loss tonight, because the loss extended beyond just Thursday night.

The Raiders are now two full games behind the Miami Dolphins for the seventh and final playoff spot in the AFC playoffs with only two games remaining.

The Raiders host the Dolphins next week, meaning Las Vegas would need a win and need some help from the Dolphins beyond Week 16.

In addition, the status of Carr is up in the air due to a groin injury.

A home game against a last place team seemed like a recipe for a win for the Raiders, but now, they leave Allegiant Stadium with more questions surrounding the rest of their season than answers.

Worth The Bills?
Josh Allen has ascended rapidly after Buffalo took a chance on him in 2018. Did his play in 2020 earn him a big-money deal?
4 hours ago

The Numbers: Andy Reid
It's back-to-back title games for Andy Reid. Here are the numbers that define the future Hall of Famer entering Super Bowl LV.
6 hours ago

Brady vs. Mahomes: A Clash Of Titans
Patrick Mahomes is set to take on Tom Brady in a Super Bowl matchup that’s as juicy as it gets in both star power and context.
19 hours ago

The Scenic Route
Is taking the Buccaneers from the wild card to the Super Bowl the greatest accomplishment of Tom Brady's career?
22 hours ago
those were the latest stories
Want to see more?
View All Stories
Fox Sports™ and © 2021 Fox Media LLC and Fox Sports Interactive Media, LLC. All rights reserved. Use of this website (including any and all parts and components) constitutes your acceptance of these Terms of Use and Updated Privacy Policy. Advertising Choices. Do Not Sell my Personal Info