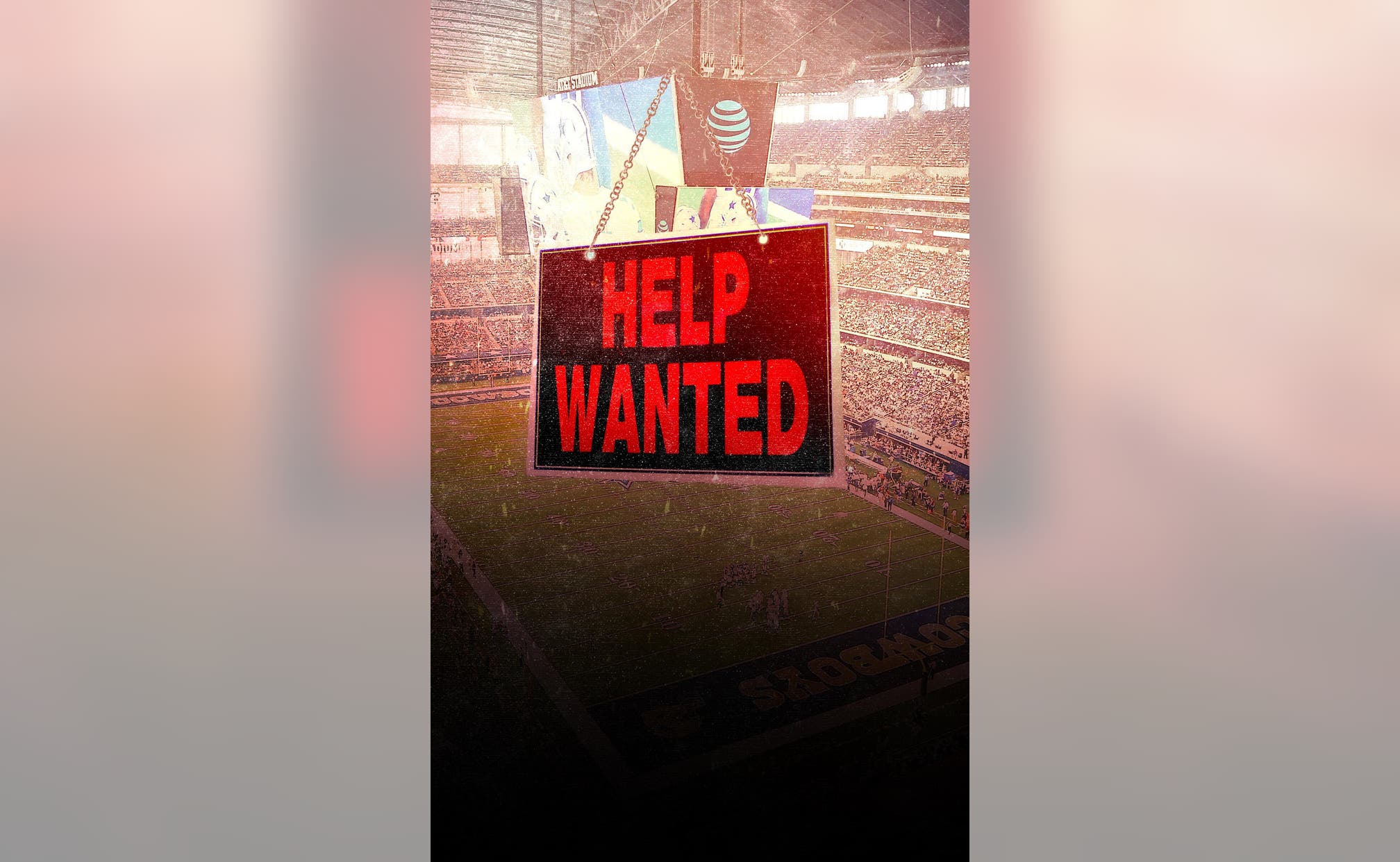 Statistically, the 2020 version of the Dallas Cowboys might not be the worst team in franchise history.

But one could argue that they sure look like it, at least in terms of the Jerry Jones era – and that could have dire consequences for those making the decisions in Dallas.

In Jones' first year as owner, his 1989 Cowboys went 1-15. But Jimmy Johnson was in his inaugural campaign as head coach, and three short years later, Dallas embarked on one of greatest championship runs in league history.

However, sitting at 2-5, it's unlikely such a run is in the cards for the Cowboys this season, and possibly, over the next several seasons.

The Cowboys played another embarrassing game at Washington, losing 25-3 on Sunday.

Dallas trailed by at least 14 points in the first half for the sixth consecutive week.

Rookie Washington running back Antonio Gibson hadn't posted more than 55 rushing yards in a game this season, but ran for 72 in the first quarter alone against the Cowboys.

And Dallas' defense is now giving up an average of 36.3 points per game, a league-high average per game.

Things were just as bad for Big D's offense. The team finished with under 200 yards of total offense (142) – lower than the individual yardage totals of Davante Adams (196), A.J. Brown (153) and Alvin Kamara (148) around the league on Sunday.

The Cowboys' star running back, Ezekiel Elliott, had a mere 45 yards, and he was the team's leading rusher on Sunday. While he didn't cough it up against Washington, Elliott has fumbled five times this season.

In comparison, he fumbled three times all of last season.

Of course, the Cowboys have been without Dallas' No. 1 quarterback, Dak Prescott, who suffered a season-ending injury in Week 5 against the New York Giants.

And the quarterback woes continued Sunday, as backup Andy Dalton took a massive hit to the head from Washington linebacker Jon Bostic.

Dalton was subsequently ruled out after being evaluated for a concussion, and he was replaced by third-string rookie quarterback Ben DiNucci.

Injuries can be blamed for some of the problems. Dallas is missing four starting offensive linemen and Prescott, after all. But the the team's issues only start there.

This team doesn't look like a team to many observers, which was made evident when unnamed players expressed discontent last week with their coaching staff.

Head coach Mike McCarthy was brought in this offseason – following a year off from coaching after being let go in Green Bay – to replace former head coach Jason Garrett.

And FOX Sports analyst Colin Cowherd believes seven weeks into the season, McCarthy has shown enough for Jones to reverse his position and move on.

"You just have to own it. It's OK. Dallas, own it, Jerry, own it. You hired the wrong guy ... otherwise you're going to be defined by this."

A clear indicator of just how far gone this team might be was when no Dallas players defended Dalton after Bostic's dirty hit, as FS1's Emmanuel Acho pointed out.

Add it all up, and the Cowboys have started 2-5 for only the fifth time in franchise history. If the season ended today, Dallas would have a top-10 pick.

There are nine games left, and team can take solace in the fact that they sit only a half-game behind the division-leading Eagles, the team Dallas plays next week.

However, Philadelphia is a heavy favorite heading into Sunday (-7), and Dallas hasn't showed any signs of getting better. (All odds provided by FOX Bet).