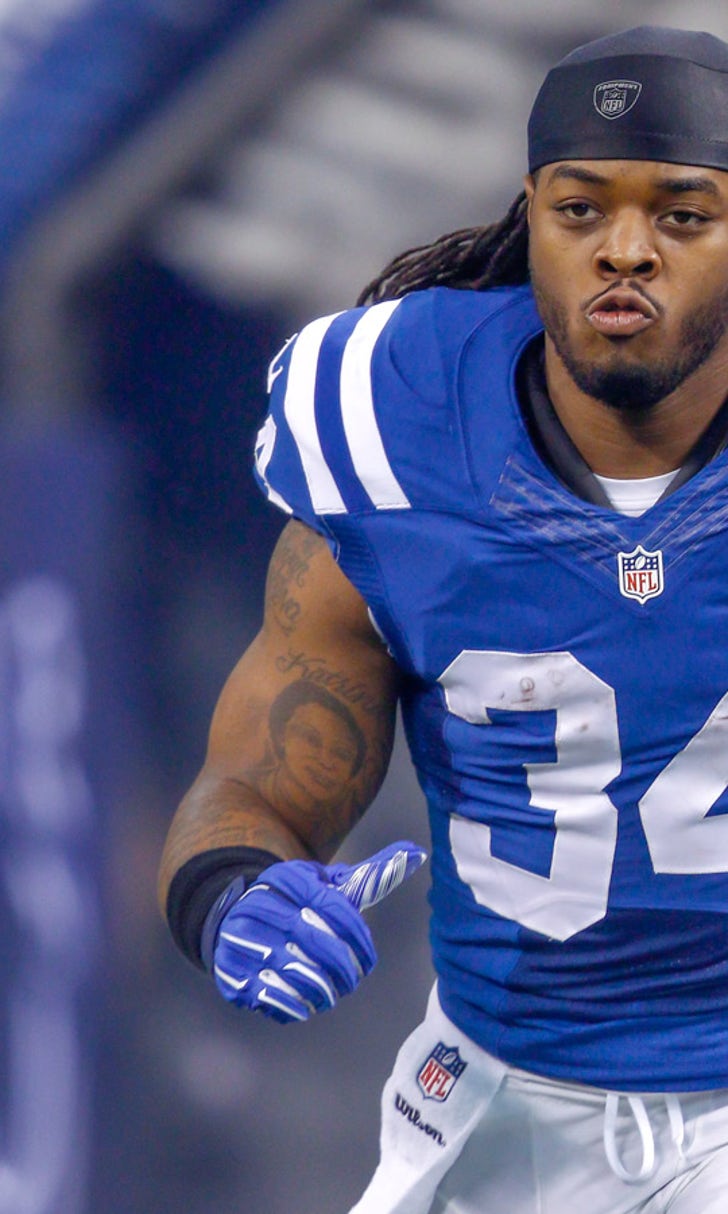 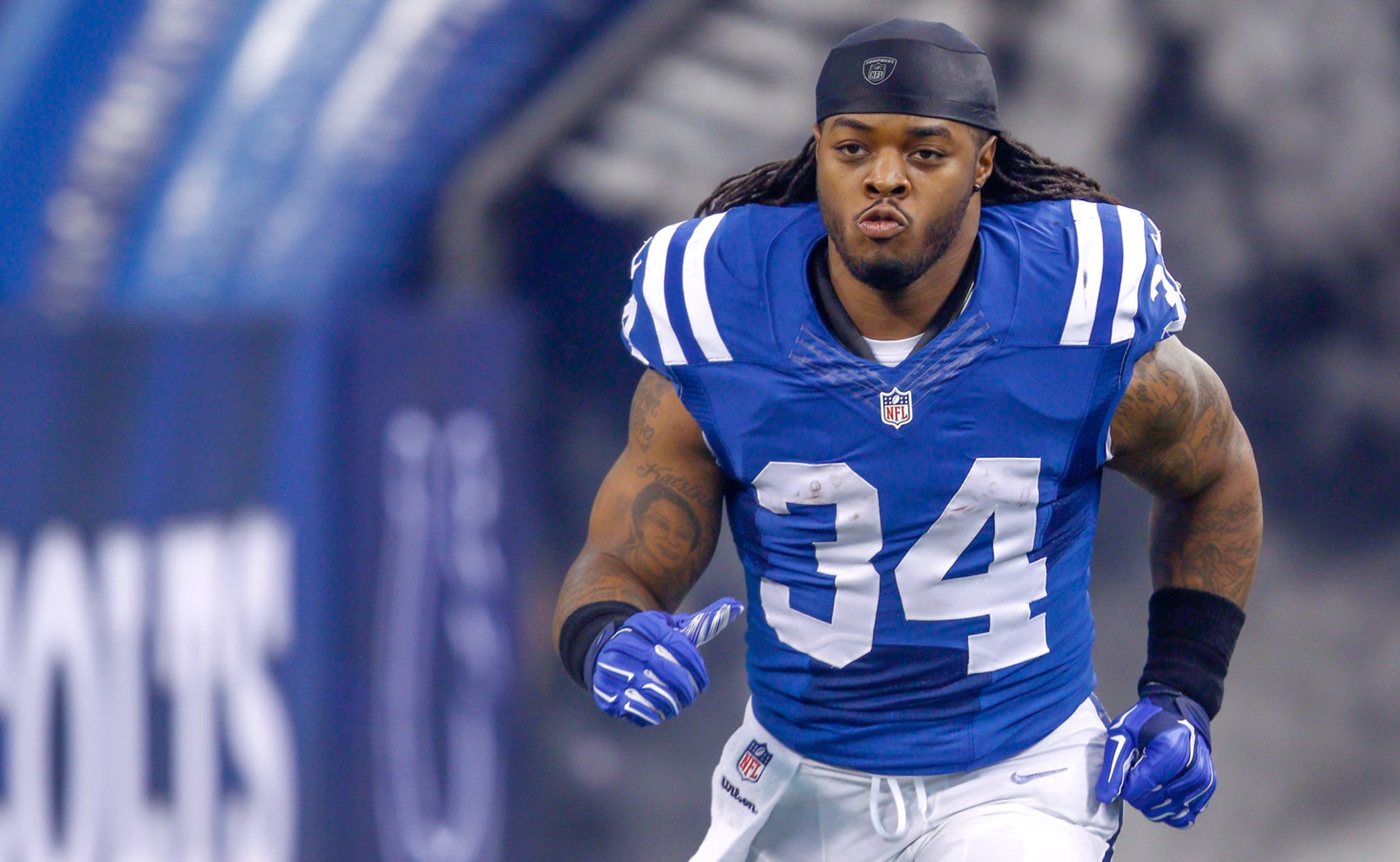 Has Trent Richardson finally been phased out of the Colts' offense? 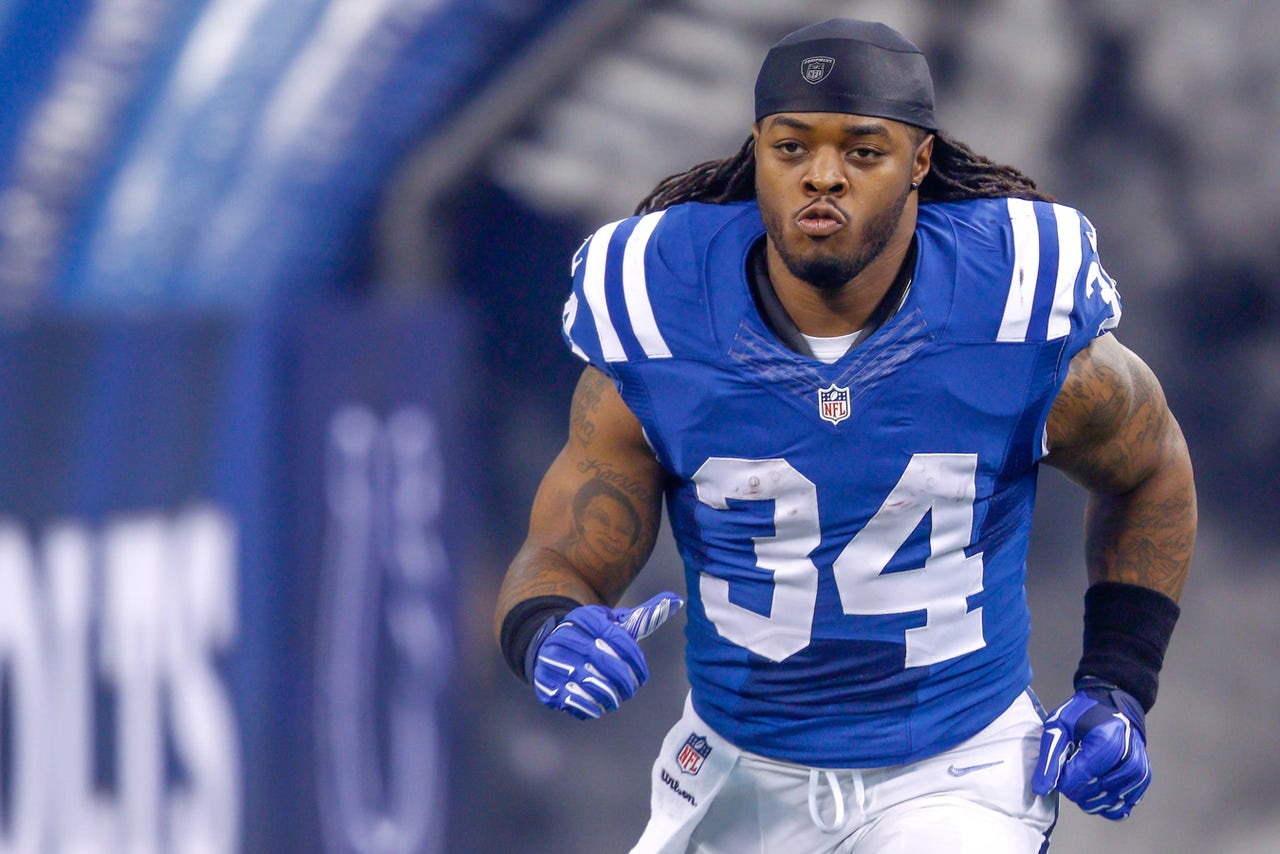 The Indianapolis Colts may have finally phased out running back Trent Richardson from their offense.

Richardson, who didn't participate in practice all week because he was dealing with an illness, was active for Sunday's game against the Cincinnati Bengals. The third-year running back, though, didn't log his first snap in the AFC wild-card matchup until the fourth quarter. It was his only play of the game.

Richardson's second year in Indianapolis after an early-season 2013 trade from Cleveland hasn't been much better than his first -- he averaged a paltry 3.3 yards a carry on 159 attempts.

Dan Herron, a sixth-round pick in the 2012 NFL Draft, has assumed the lion's share of the carries in the six weeks since Ahmad Bradshaw went down with a fractured fibula. Herron finished Saturday's game with 12 carries for 56 yards and a touchdown, and he was a Andrew Luck's favorite checkdown option with 10 receptions for 85 yards on 11 targets.

Working in tandem with Herron was undrafted free-agent rookie Zurlon Tipton, who had 11 carries for 40 yards.

The Colts, of course, traded a first-round pick to the Browns for Richardson, the No. 3 overall pick in the 2012 draft. Though that pick was used to draft quarterback Johnny Manziel, Richardson's career might be in worse shape than Johnny Football's.

After the game, head coach Chuck Pagano addressed the issue and said he held Richardson out because of the illness and expects him to play in Denver next weekend, according to Colts.com's Kevin Bowen.

The Truth About Turf
The former head doctor for the Patriots analyzes 49ers head coach Kyle Shanahan's concerns about the MetLife field.
1 hour ago

Marshall's Keys: Cowboys vs. Seahawks
How can the Cowboys follow Week 2's miracle by handing the Seahawks their first loss? It starts with one alarming fact.
1 hour ago

The Value Of 0-2
History says a surprising group of NFL teams could be dangerous in Week 3. Jason McIntyre breaks down his top bets.
7 hours ago

Colin Cowherd's Blazin' 5 – Week 3
Colin officially has his eye on a few NFL trends so far this season, and he believes defense will be key in Week 3.
10 hours ago

Twitter Fingers: The Backwards Hat Debate
Colin Cowherd was unhappy with Carson Wentz's style choices after Philly's latest loss. And of course, Twitter had thoughts.
13 hours ago
those were the latest stories
Want to see more?
View All Stories
Fox Sports™ and © 2020 Fox Media LLC and Fox Sports Interactive Media, LLC. All rights reserved. Use of this website (including any and all parts and components) constitutes your acceptance of these Terms of Use and Updated Privacy Policy. Advertising Choices. Do Not Sell my Personal Info