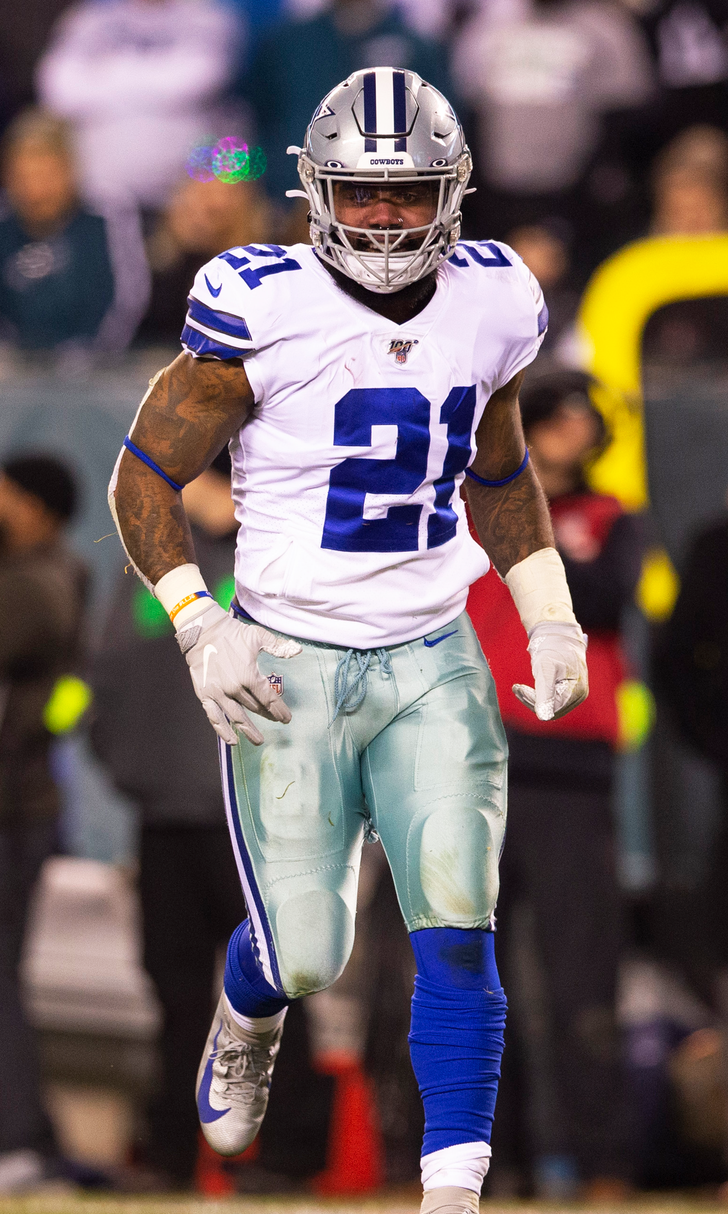 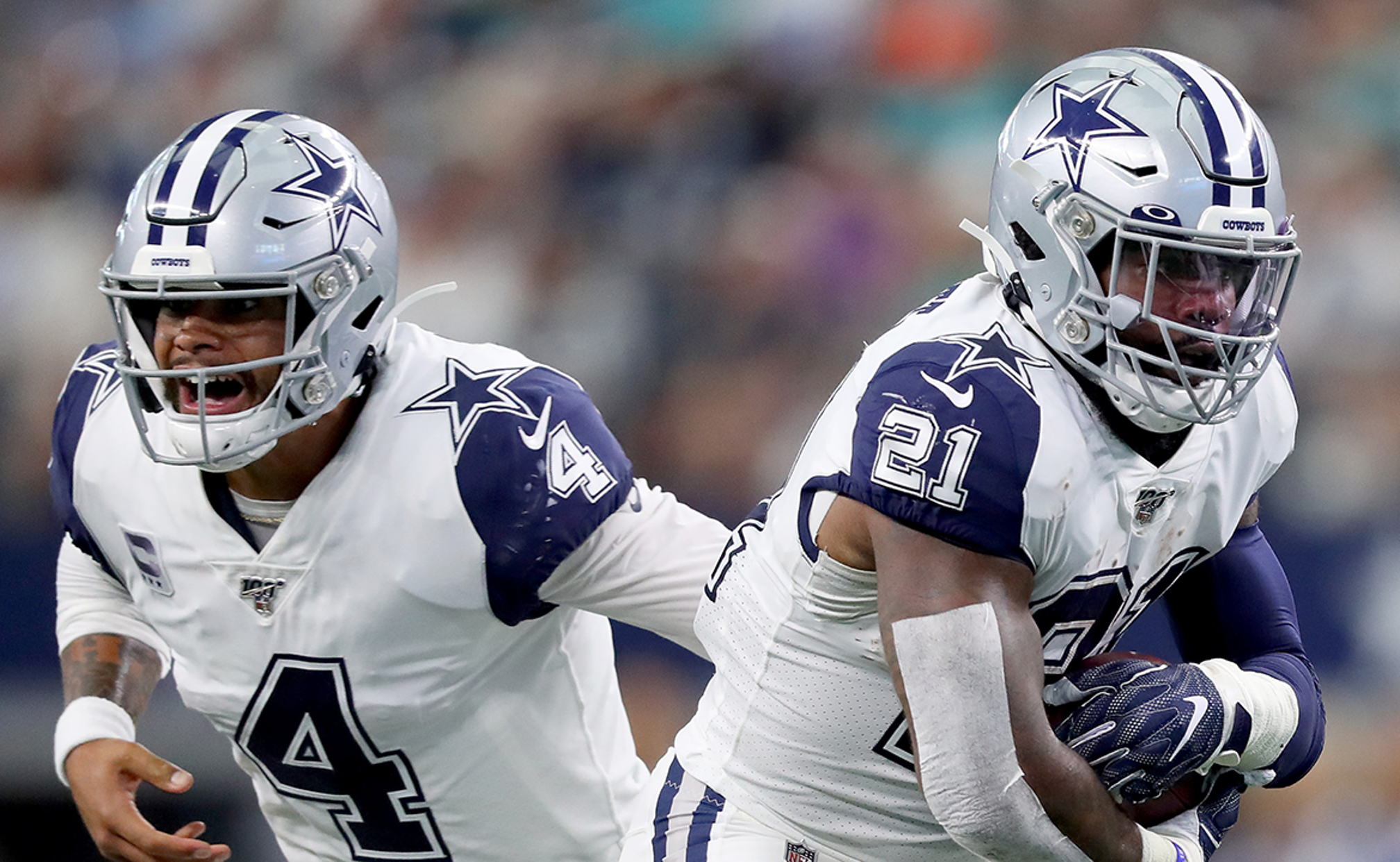 When it comes to visibility, no NFL franchise does it better than the Dallas Cowboys.

So when the 2020 NFL schedule dropped on Thursday, and only a handful of teams were scheduled for five primetime games, there was little doubt that the Cowboys would be on that list.

However, with a high profile comes high expectations, and each season, the expectations seem to ascend to new heights for America's Team.

Based on their upcoming schedule, does 2020 have the potential to be different for Dallas?

David Moore of The Dallas News believes that based on teams' performance in 2019, the first half of the Cowboys schedule is manageable, and Dallas will need to get hot early in order to make a deep playoff run late.

"The schedule isn’t onerous ... The combined record of the four teams the team faces in October — Cleveland, the NY Giants, Arizona and Washington — is an abysmal 18-45-1. All told, the Cowboys play only two games — at the Rams (Sept. 13) and at Seattle (Sept. 27) — against teams with a winning record from last season in the first seven weeks of the season."

Calvin Watkins, also of the Dallas Morning News, has Dallas finishing the season 11-5.

"The Cowboys’ schedule released on Thursday screams that they should win at least nine to 10 games. They have an early season three-game homestand and a tough game against the Steelers before the bye week (Week 10), and a trip to Minnesota after the bye. The late season schedule has three road games in the final five weeks of the year."

Pro Football Focus ranked the Cowboys schedule as the second easiest in the NFL.

Stephen A. Smith even said Friday that he's picking the Cowboys to win one of their toughest early games, their season-opening road matchup against the Los Angeles Rams.

"I think this is going to be a good year for them. It's going to come down to the talent on that side of the ball in Los Angeles against the talent in Big D and as a result of that reality, I'm looking at the Dallas Cowboys having superior talent and that leads me to believe the Dallas Cowboys will start off 2020 and knock off the Los Angeles Rams."

Skip Bayless, a lifelong Cowboys fan, tempered  his expectations coming into the season, but believes that with the addition of Mike McCarthy as the head coach, Dallas can take advantage of their favorable schedule and win the NFC East.

"We [Cowboys] are peaking with Mike McCarthy and Mike Nolan now running the defense and I've got to tell you, I really like my team going forward. I'm going to go conservative in what record I pick here in mid-May. I'm going to say 10-6 and winning the division."

McCarthy served as the head coach for the Green Bay Packers for 13 seasons, from 2006-2018. The Packers finished the season above .500 nine times under McCarthy, winning the Super Bowl in 2010. He also led the Packers to six division titles and nine playoff berths.

However, Dallas will represent a new challenge for McCarthy, considering the Cowboys haven't made it past the Divisional Round since 1995 and are 3-9 in their last 12 playoffs games.

Last season, the Cowboys started 3-0, but finished the season 5-8 and missed the playoffs.

Due to recent history, Shannon Sharpe is doubtful that the Cowboys can get off to a hot start, considering they have road games against the Rams and Seattle Seahawks, and two road divisional matchups against the Washington Redskins and Philadelphia Eagles, all during the first half of the season.

"I'm looking at 1-2, 1-3 possibly. They will lose opening night ... I believe the Falcons will get them, but it'll come down to the wire. Russell Wilson is going to hang another L on [Dallas]. When it's all said and done, I got the Cowboys record at 9-7."

The final eight games of the Cowboys season includes road games against Minnesota and Baltimore, and home games against Pittsburgh and San Francisco.

Colin Cowherd gave the Cowboys one less win than Sharpe, debating the idea that any part of the Cowboys schedule is easy.

Wow – even talking about the Cowboys' schedule is entertaining.

Bills Pick Off Ravens To Advance
A low-scoring first half gave way to one explosive, game-changing play. Here's how Buffalo knocked off Lamar Jackson & Co.
9 hours ago