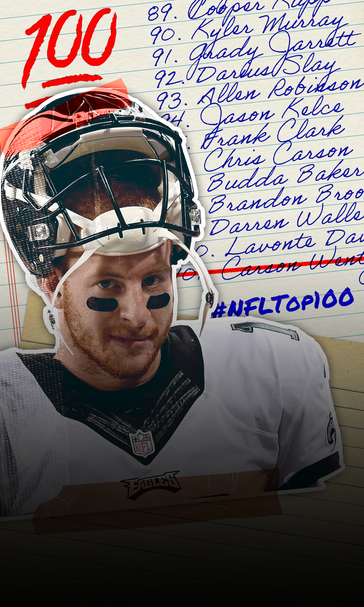 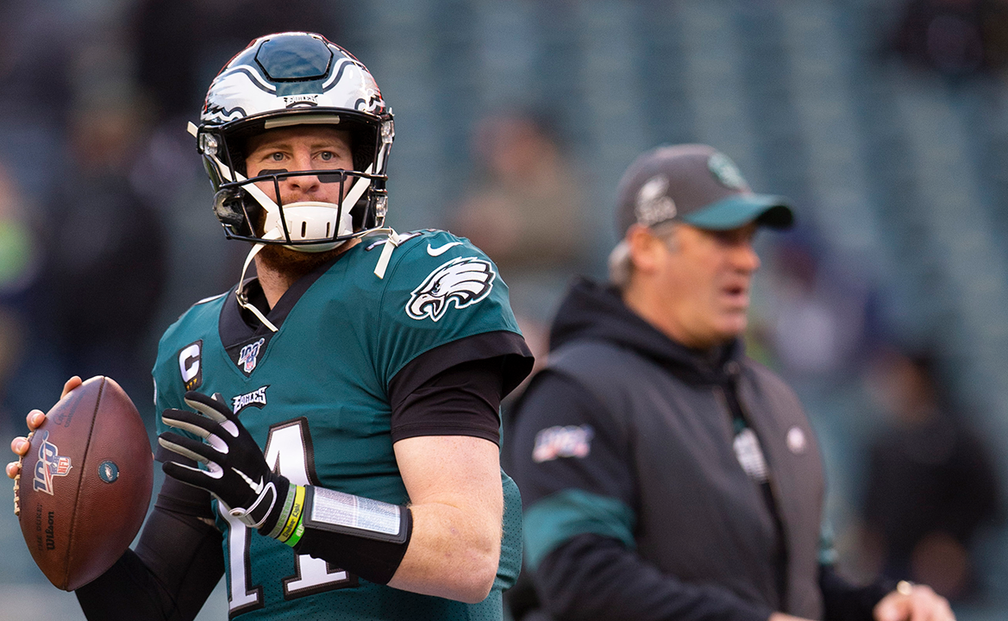 The NFL Network's Top 100 is one of the most anticipated lists released prior to every football season, mainly due to the debate that it sparks on an annual basis.

The list is voted on by the players, and checking in at No. 1 last season was Los Angeles Rams DT Aaron Donald, dethroning now-Tampa Bay Buccaneers QB Tom Brady, who led the field in both 2017 and 2018.

However, this year's most-debatable topic so far isn't who will be No. 1 – it's all about a certain franchise QB who didn't even make the list.

The news of Philadephia Eagles quarterback Wentz being left off the prestigous list fired up several members of the media, including FS1's Colin Cowherd, who came to Wentz's defense.

In Cowherd's estimation, players hold it against Wentz that the Eagles won Super Bowl LII two years ago with backup quarterback Nick Foles at the helm, after Wentz suffered a torn ACL in Week 14 of the 2017 season.

"A lot of this comes down to the Nick Foles thing. Let me just give you some numbers: if you take out Carson Wentz's rookie year, what is he? Folks, 81 touchdowns, 21 picks, 98 passer rating. He's a really elite quarterback. He's a tier one guy for me – lower tier one, but tier one."

And Cowherd wasn't the only person confused by the omission of Wentz on the NFL Top 100.

ESPN's Dan Orlovsky also voiced his confusion regarding how Wentz could possibly be omitted from the list.

NFL Network began to announce the top 40 players as of Tuesday night, but through the first 60 reveals, six quarterbacks had already been announced – and Wentz's resume stacks up favorably against each of theirs.

When solely taking the 2019 season into account, Wentz, Allen, Tannehill, Cousins and Garoppolo all took their team to the playoffs, while Murray and Prescott – Wentz's division rival – missed the postseason. In addition, only Prescott passed for more total yards and yards per game than Wentz last season, among the seven quarterbacks.

Wentz has yet to earn a playoff win, and in his first playoff start last season, he sustained a head injury in the first quarter.

Unfortunately for Wentz, much of the focus on Philadelphia's 2019 campaign came down to injuries to not only him, but to the receiving corps.

Watson is entering his fourth professional season and has been named to the Pro Bowl each of the past two seasons, leading the Texans to the postseason in both.

Wentz will have yet another opportunity this season to regain the favor of his NFL peers, but the 2020 season is already off to a rocky start for the fifth year QB, after news dropped today that Wentz will be down at least one target.

In addition, Jeffery is still sidelined.

We've seen Wentz take Philadelphia to the playoffs without his main weapons before.