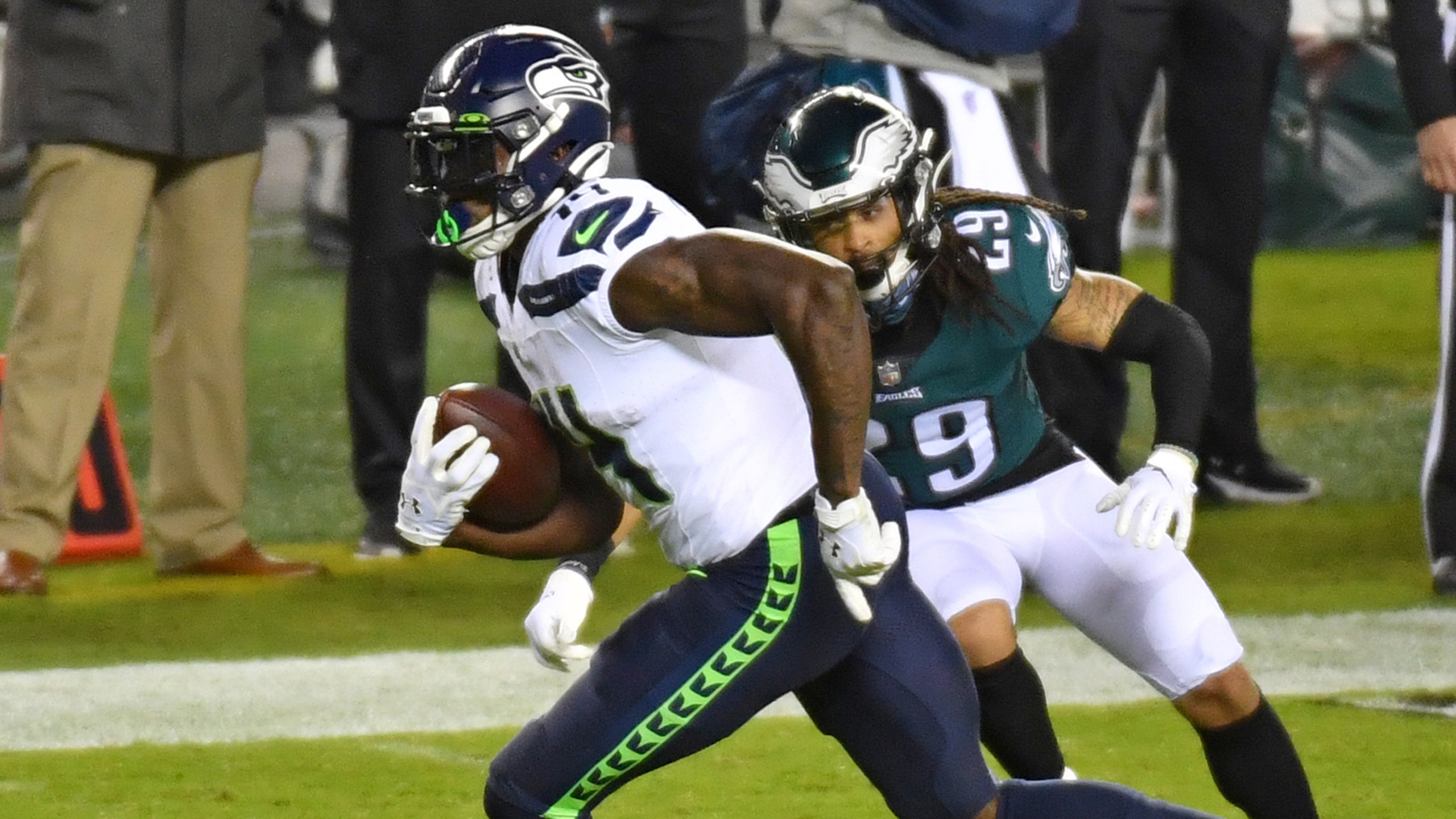 DK Metcalf is continuing to burn the Philadelphia Eagles – in more ways than one.

After torching the Eagles for 10 catches and a career-high 177 yards on Monday Night, Metcalf revealed that he received some extra motivation from Philly's coaching staff entering the game.

In his postgame press conference, Metcalf relayed a comparison made by one of the Eagles coaches between the Seahawks wideout and former Detroit Lions great Calvin Johnson, aka Megatron.

"One of the defensive coaches came up to me and [it] kind of made me mad that he was like 'You know, I was in Detroit with Megatron but you're not there yet.' ... So, I had a little chip on my shoulder the whole game."

And when asked if Eagles defensive coordinator Jim Schwartz was the culprit, Metcalf responded "Yes sir," with a smile.

Schwartz reportedly meant the comment as a compliment, but Metcalf didn't take it that way. In fact, he took it a step further, channeling his inner Michael Jordan.

Jordan famously used any and all methods to fuel his competitive fire, as detailed in The Last Dance documentary series.

But even compliments from opponents can backfire when it comes to top athletes, and it appears that was the case for Schwartz. Furthermore, while blazing that path, the second-year wide receiver wants to burn every team that passed on him in the 2019 NFL Draft.

That includes the Eagles, who had three cracks at Metcalf before Seattle plucked him with the final pick of the second round.

Remember, this is a player that wore a shirt that said "Should Have Never Passed" on day two of the draft.

For former NFL wideout Nate Burleson, Schwartz's misstep should be a cautionary tale for all coaches.

Whether Schwartz meant the Megatron comparison as a slight, compliment, or something in between, Metcalf took it and ran with it ⁠vs. Philadelphia ⁠— 10 times for 177 yards.

When it comes to handing out Ls, Metcalf is becoming a master, both on and off the field.