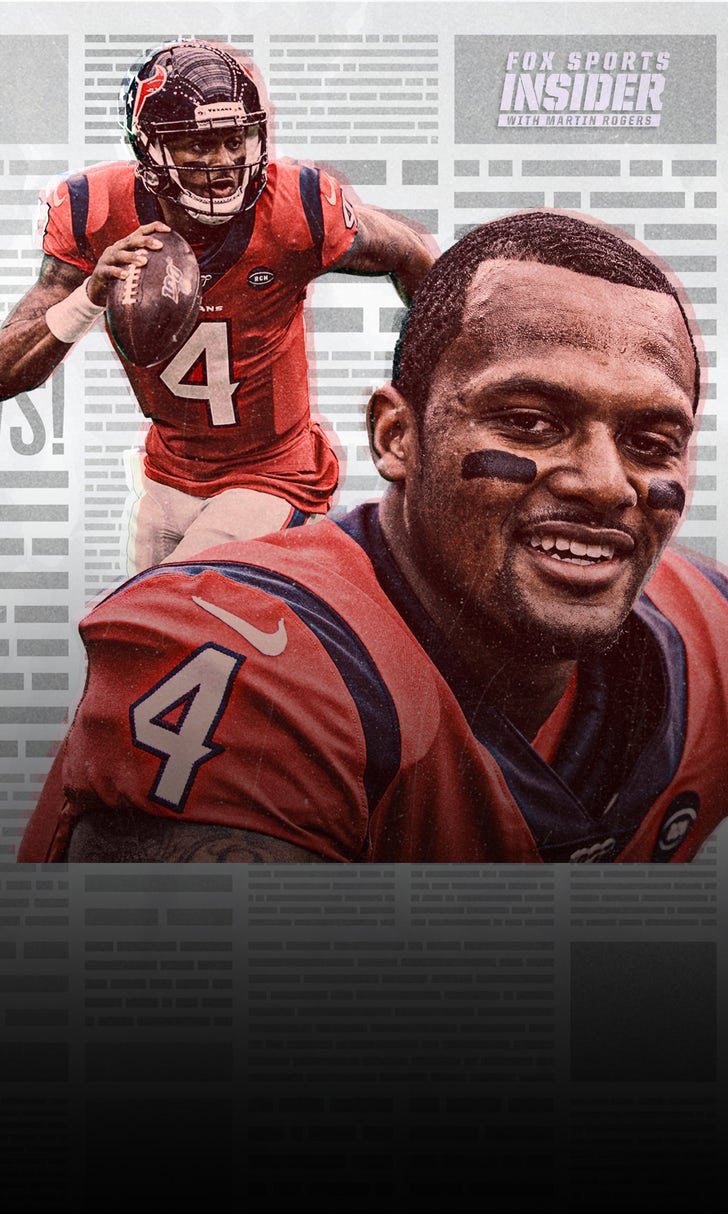 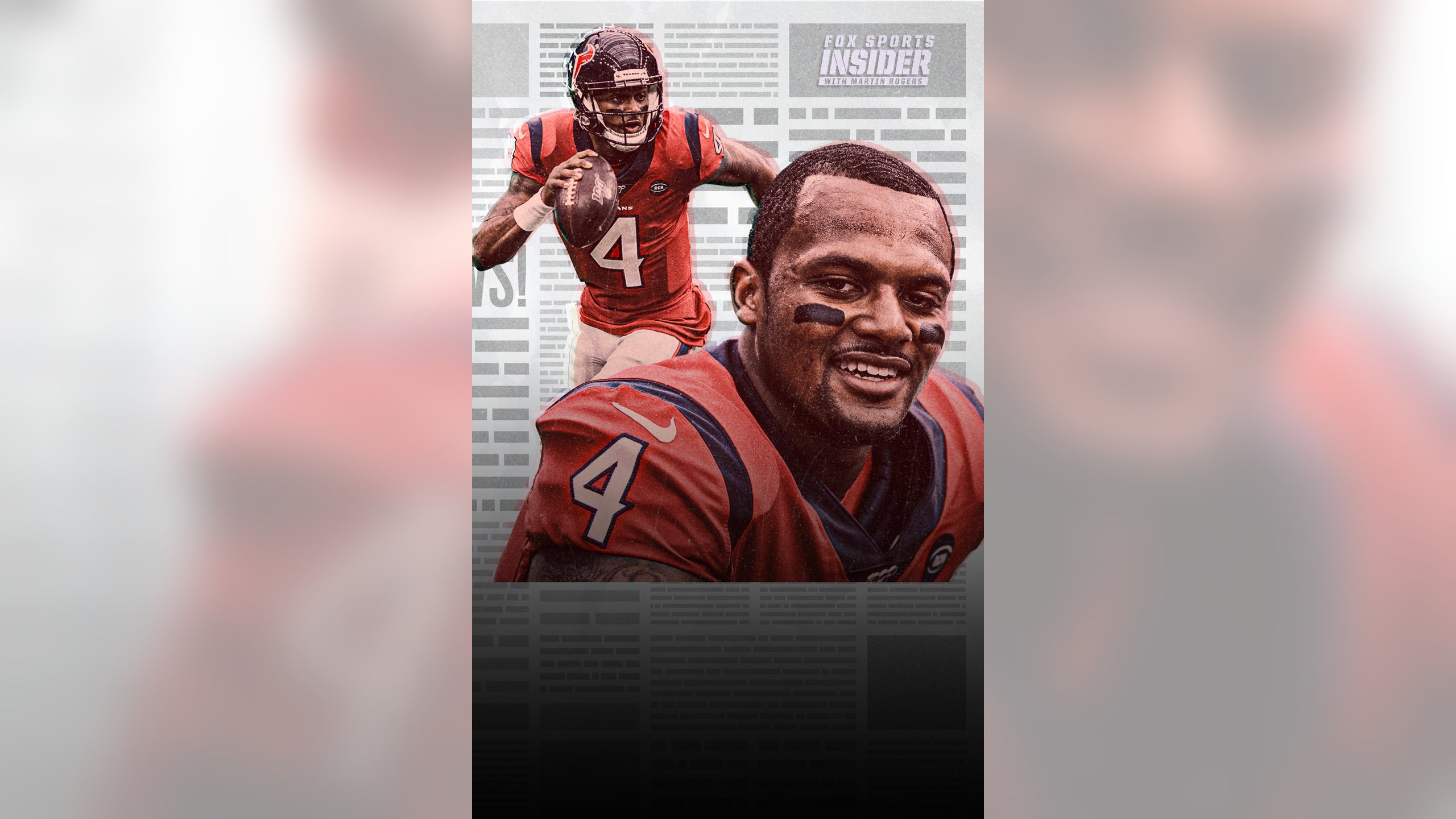 The Biggest Trade In NFL History?

The Chicago Tribune is asking what it would take for the Bears to get him, the Miami Herald has no fewer than four stories about him in relation to the Dolphins, the New York Post has helpfully devised a two-pronged attack for the Jets to go after him, and the San Francisco Chronicle is urging the 49ers to just "do whatever it takes."

The National Football League has 32 teams in 29 primary media markets. As this week has percolated, writers in almost every one of those media markets are talking about the same thing.

No, not the Super Bowl and (insert team name of choice)’s failure to reach it, but a player who won’t be playing in the biggest game of all and didn’t get anywhere near it.

According to reports, Watson dropped the hammer on the Houston Texans, saying he had no desire to continue playing for the team and wished to be traded.

That, in turn, set off a flurry of speculation, which will be followed by a flurry of activity among general managers and their strategic actuarial advisers, which will ultimately result in probably the biggest and most significant trade the NFL has ever seen.

On Friday, Texans general manager Nick Caserio said the team has "zero interest" in trading Watson. Texans head coach David Culley followed that by saying of Watson: "The reason I'm in this position today is because I know he's going to be a Houston Texan."

But don’t worry too much about that. Guess who indicated something similar a few weeks back? That’s right: the Houston Rockets with James Harden, who is now starring in Brooklyn.

For a 25-year-old quarterback who has already established himself as one of the best in the game to hit what amounts to the open market is unprecedented, and it's shaping up to be the storyline that sustains us through the summer.

Earlier this week, I wrote, rather gloomily, about what we’d do with ourselves and what we’d talk about once football season is over. Answers on a postcard, please, but this is a pretty good starting point.

Just as it is going to take a mighty collection of picks and talent to land Watson, it also takes a lot to get the entire dispersed NFL media discussing the same topic — each doing it in the specific way that relates to their market.

That’s what has happened with Watson, though, because every NFL fan in the country falls into one of two categories: Either they’d love to have Watson as their QB for years to come, or they support the Kansas City Chiefs.

OK, that’s a slight simplification, and yes, I know Russell Wilson is Seattle royalty and Aaron Rodgers’ quasi-standoff in Green Bay is one most Packers fans hope ends with him staying put.

Yet Watson is such a rare commodity because he confers the promise of both "win now" and "keep on winning," given his age and ability. He was part of a Houston team that went 4-12, yet rightfully, he received none of the blame.

"They trade away DeAndre Hopkins, they never get him an offensive line, the defense stinks, it’s a disaster," FS1’s Nick Wright said on "First Things First." "So of course he should be unhappy, and of course he should want out. For his sake, I want him out. He deserves better than Houston."

Depending on where he lands, there is every chance Watson turns that team into an instant Super Bowl contender, and if things are handled correctly, why shouldn’t such a scenario continue for the next five years or more?

That’s why "Watsonspeak" is everywhere.

Some of it is hopeful, some of it is nervous, some is a little pessimistic, and some is just thoroughly entertaining, like this from the Arizona Republic’s Dan Bickley

"We are not a city of champions. We are a collection of masochists. Heads up, Phoenix. It can always get worse. We could always be Houston," Bickley wrote before proposing a trade involving Watson and Kyler Murray.

"And all things considered, it wouldn’t hurt to pick up the phone and see if their NFL team would like to swap quarterbacks."

Even in New Orleans, where some die-hards still think talk of Drew Brees heading to a TV studio is nonsense and that he’ll keep playing until he’s 65, they’re whispering about how it might be a good idea to go at the guy who put the Texans 24 points ahead of the Chiefs in a playoff game a year ago.

In Indianapolis, Tennessee and Jacksonville, no one thinks that even the dysfunctional Texans would be silly enough to release Watson to a divisional rival, so they’re contenting themselves with a sense of delight at him moving on, rather than having any genuine trade aspirations.

"That’s better for us that he’s out of the division," Titans running back Derrick Henry told USA Today. "We definitely appreciate it."

Frankly, everyone outside the 281 area code appreciates it. It is something to talk about, and it is the chance to see one of the best players in the league wind up somewhere that appreciates him enough to capitalize on his abilities, rather than wasting his prime (or pre-prime) on a troubled team.

Plus, for the faithful followers of organizations that might not otherwise have much of it, it offers some hope.