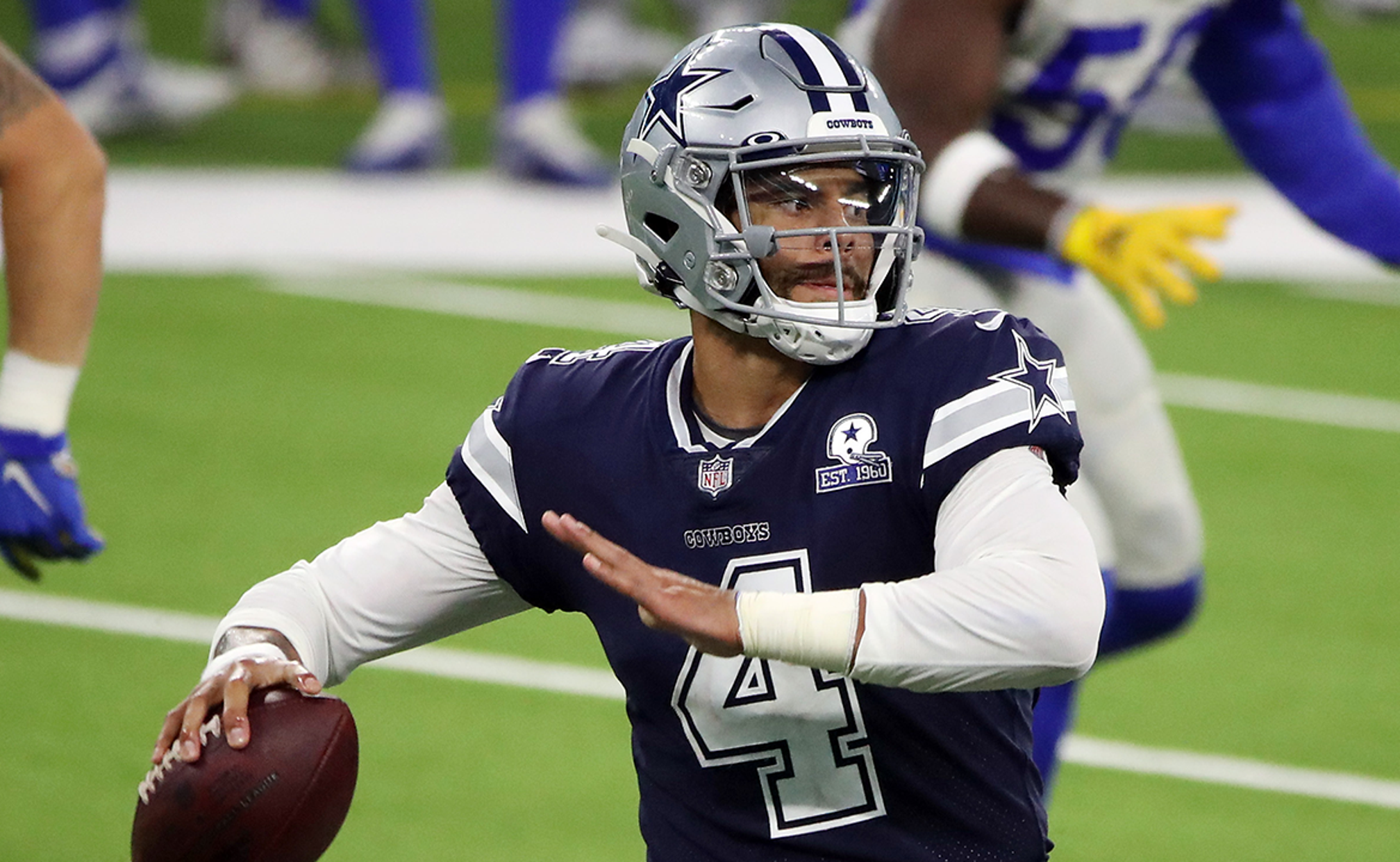 It's Week 2 of the NFL season, and Colin Cowherd has laid out his picks ahead of Sunday's full slate of games.

Let's find out how Cowherd plans to profit – or so he hopes – over the weekend, with odds via FOX Bet:

Both teams started the 2020 season with a loss, and went 0-1 against the spread.

But in 2019, Dak Prescott was phenomenal at home. He ranked first in the league in passing touchdowns (20), third in passing yards per game (327.5) and fifth in passer rating (108.7) when on his homefield.

"For the record, Dallas loses its opener a lot. But Mike McCarthy – all eyes are on him. A lot of heat on him. Now they come home against an inferior team, I like Dallas to win comfortably, 30-20."

Detroit has a history of playing Green Bay tough, going 6-0 against the spread in their previous six matchups.

The Packers narrowly won both of their games against the Lions last season on game-ending field goals, despite not holding a lead at any point in either matchup. 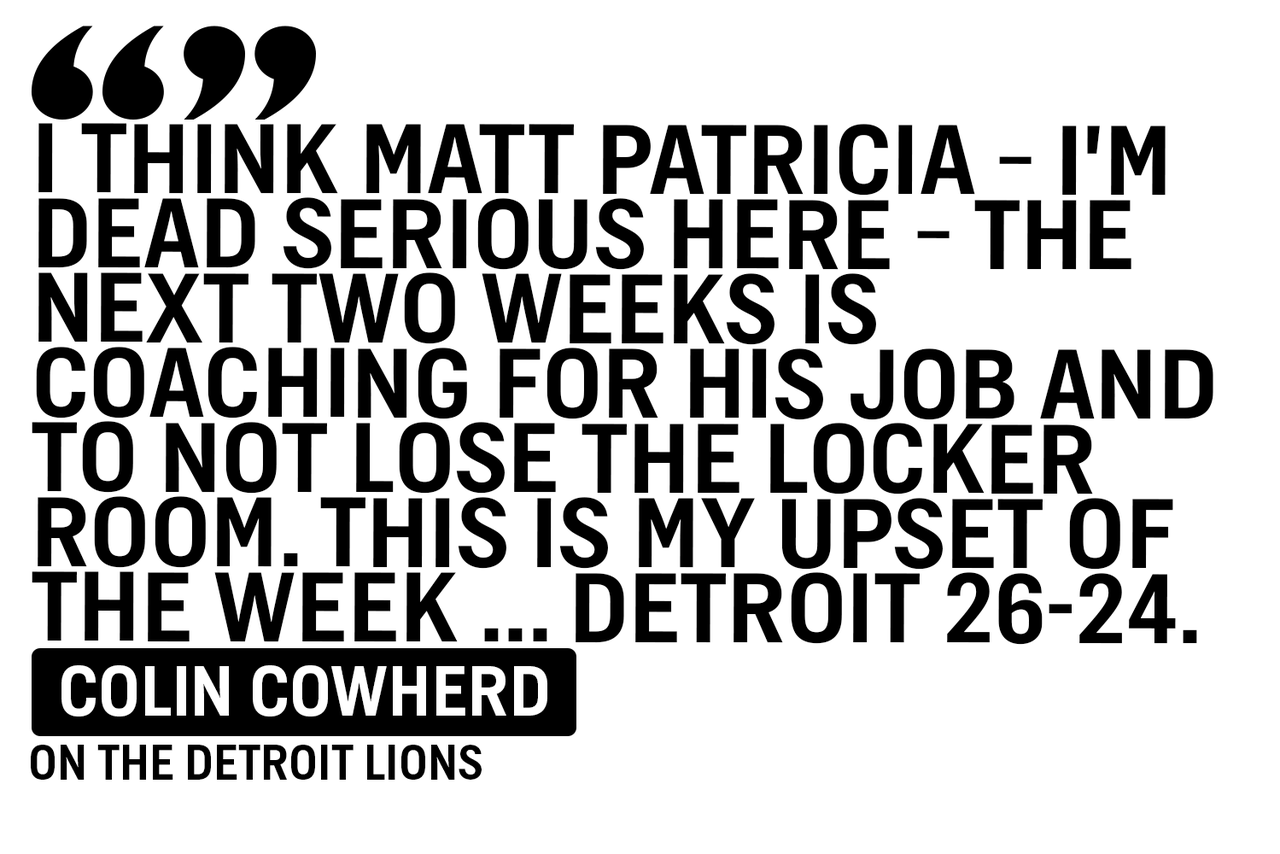 Miami’s defense allowed the fewest passing yards in the league in Week 1, surrendering only 140 yards to New England and Cam Newton.

Meanwhile, Buffalo's run game struggled in the first week of the season, with Devin Singletary and Zack Moss combining for just 41 yards and no TDs on 18 carries. 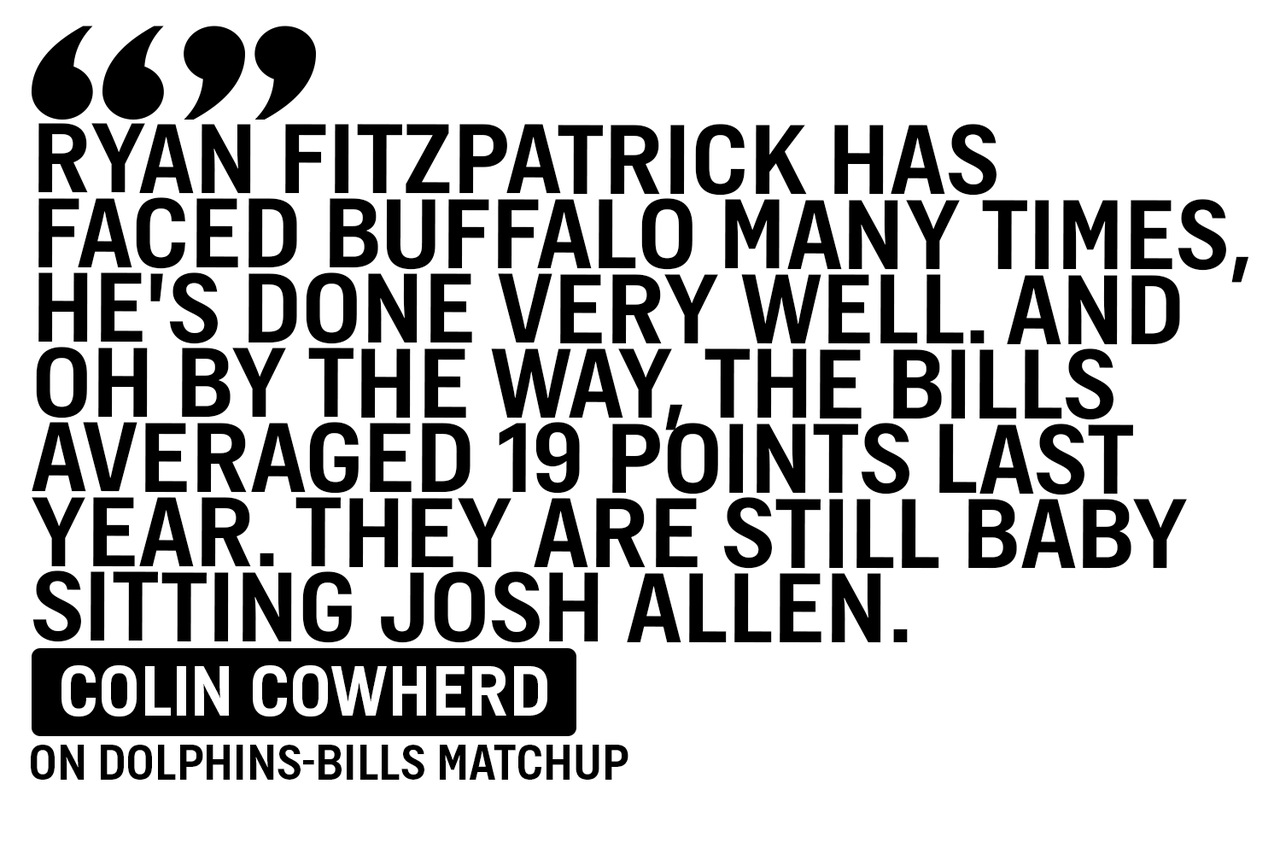 The two teams split last year’s series with the Bucs winning in Charlotte and the Panthers coming out victorious in a neutral-site battle in London.

Since Tom Brady's first career start in 2001, the QB owns a 48-13 career record coming off a loss (.787 win percentage), second only to Russell Wilson.

Meanwhile, Carolina was one of three teams that did not register a single sack in their season opener and the only team that didn't make contact with the QB while running or throwing. 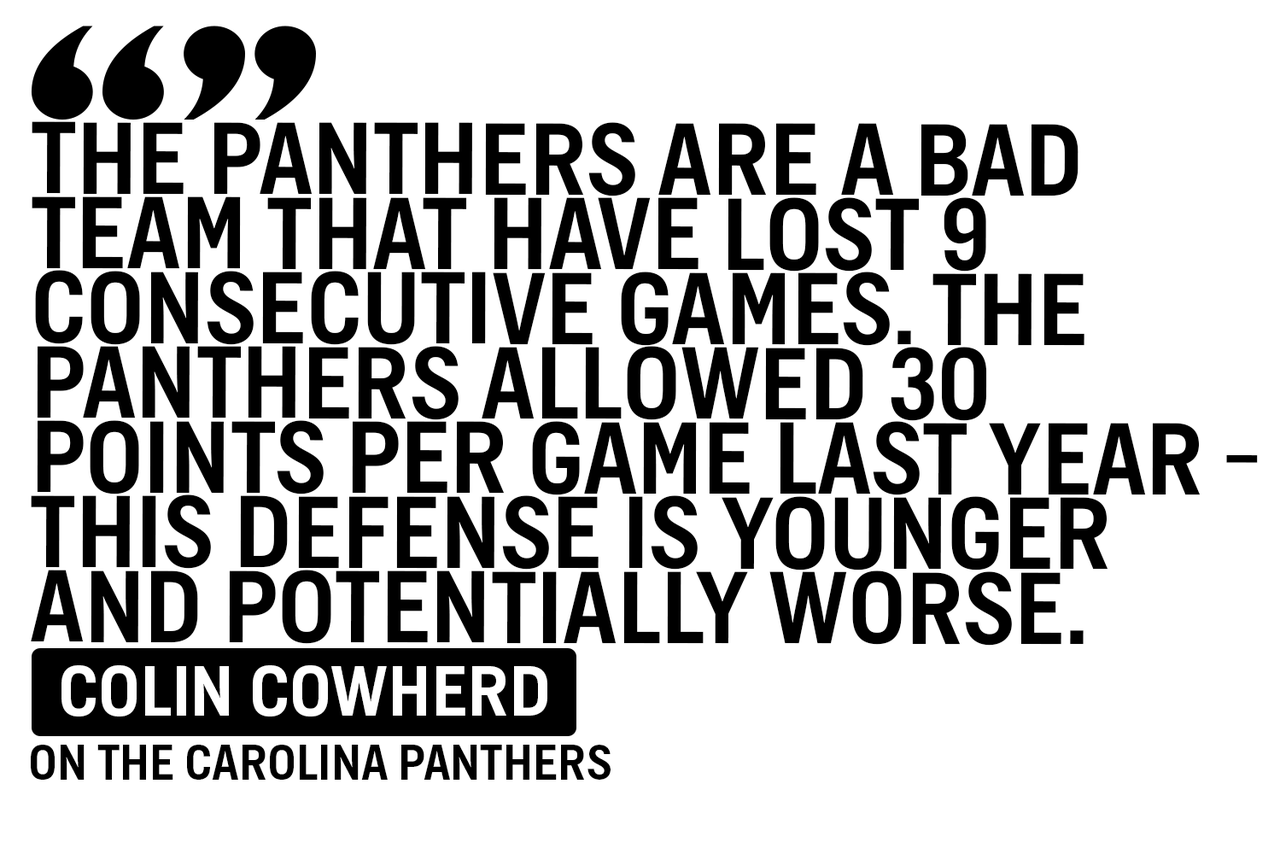 The Patriots are 6-3 against the spread in their last nine road games.

Cam Newton had an impressive debut in a Week 1 win over Miami, but the New England defense was the real story. It held Miami out of the end zone until the fourth quarter.

Not to mention Bill Belichick's offense ranked the slowest in pace of play across the league last week. 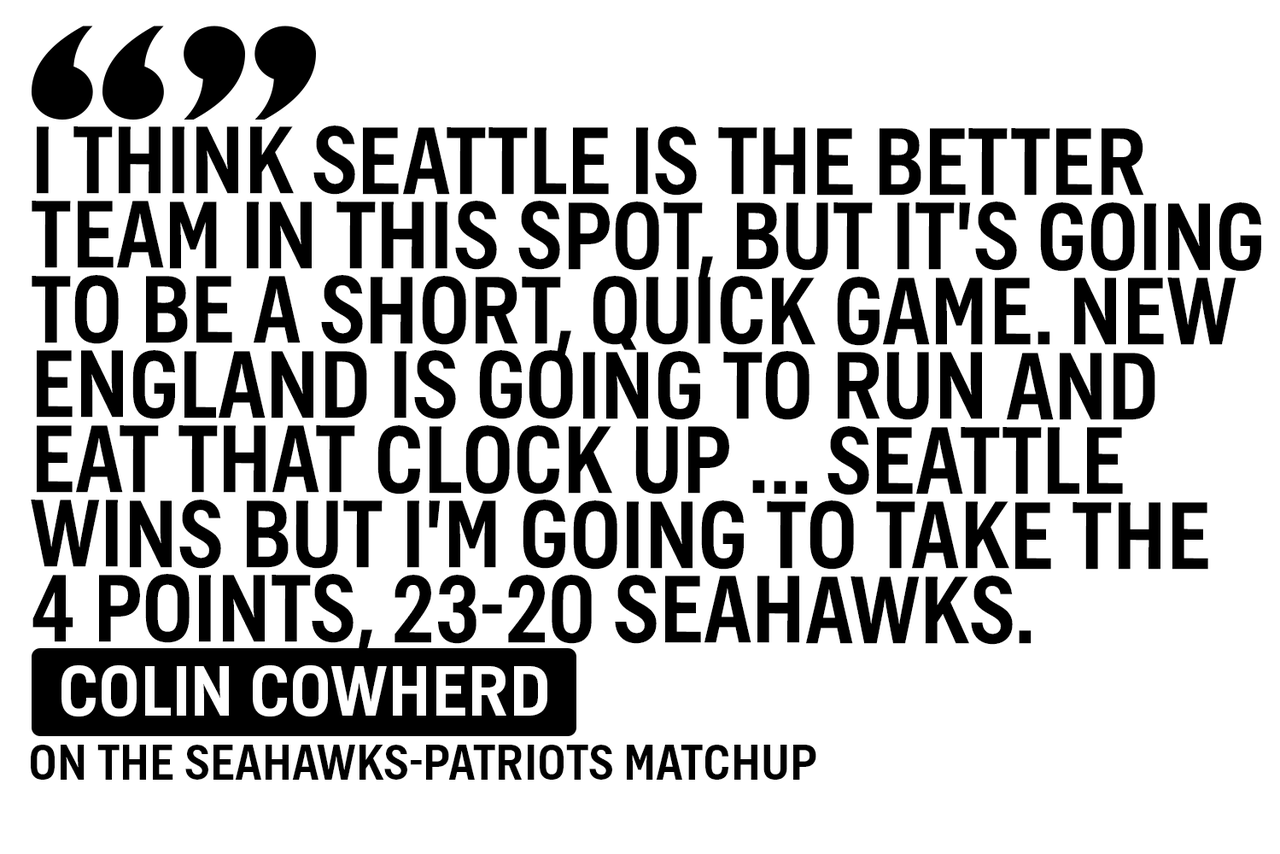