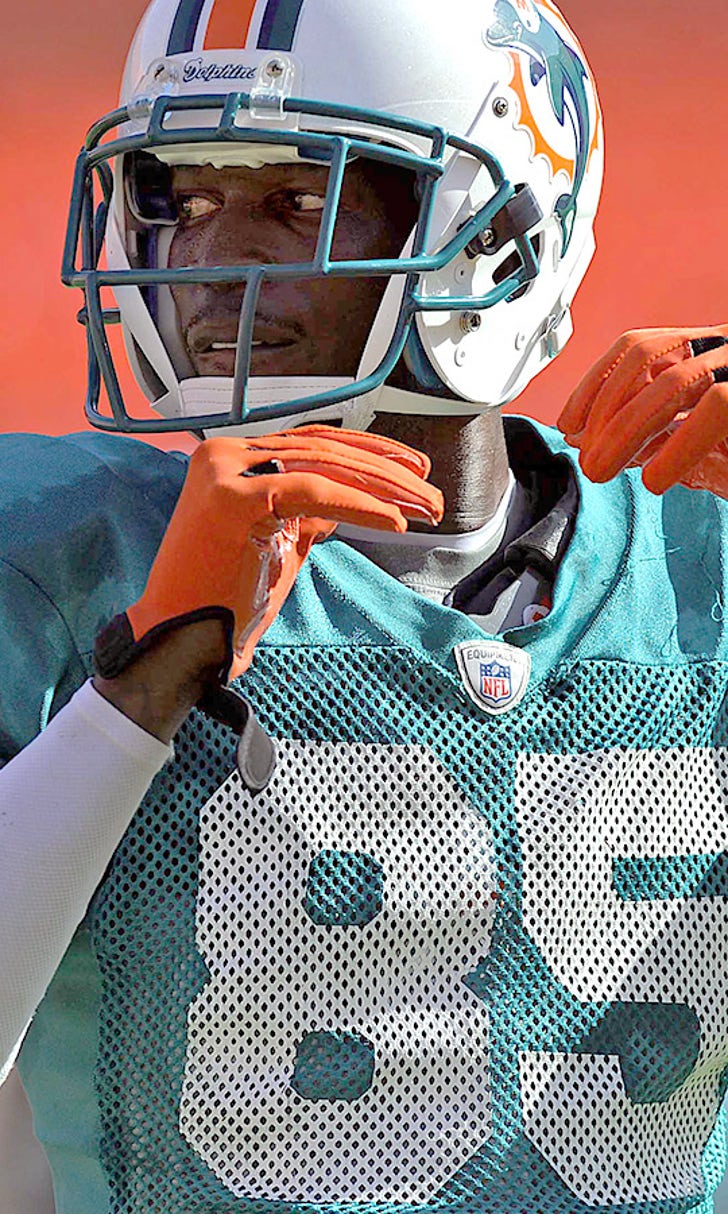 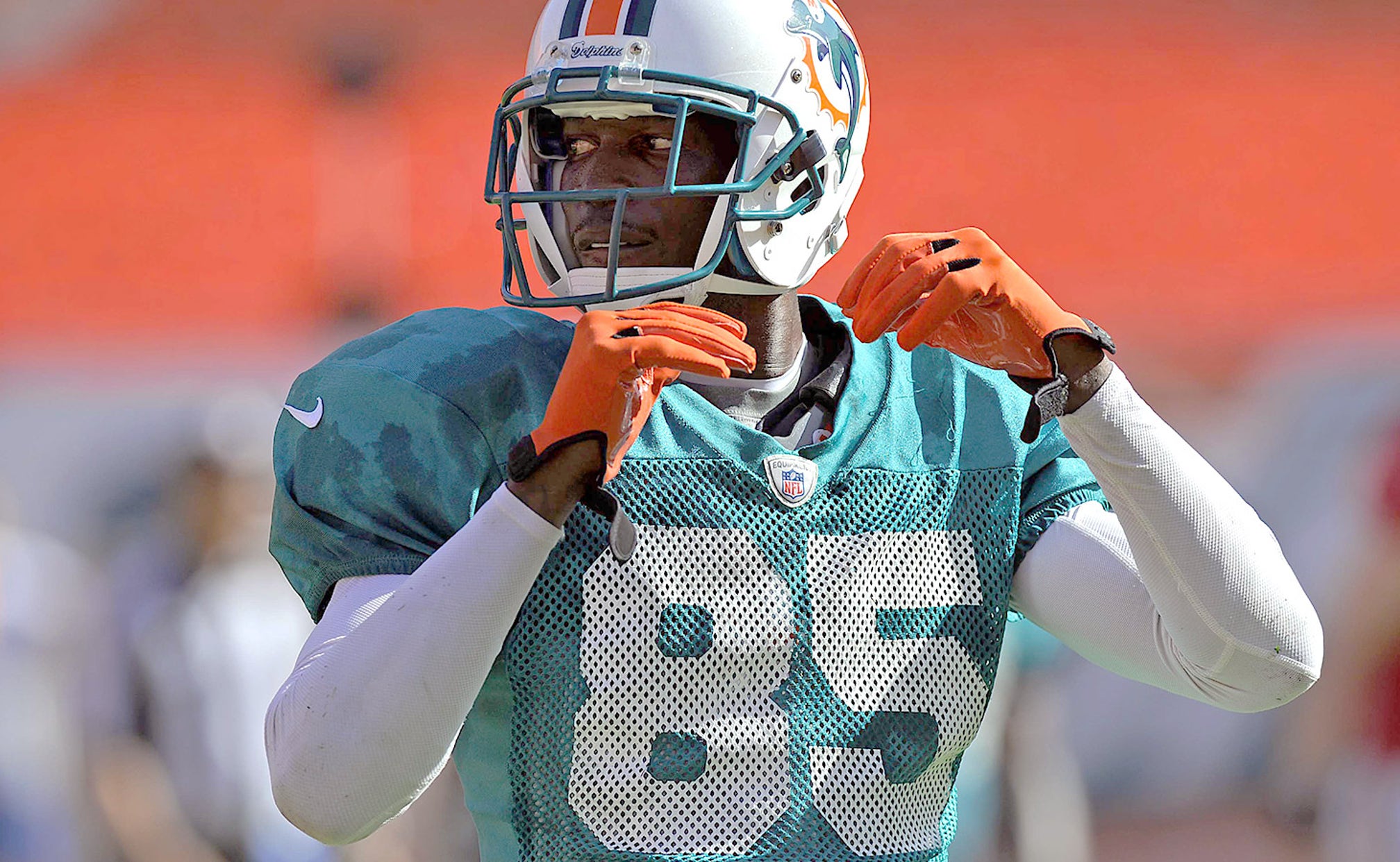 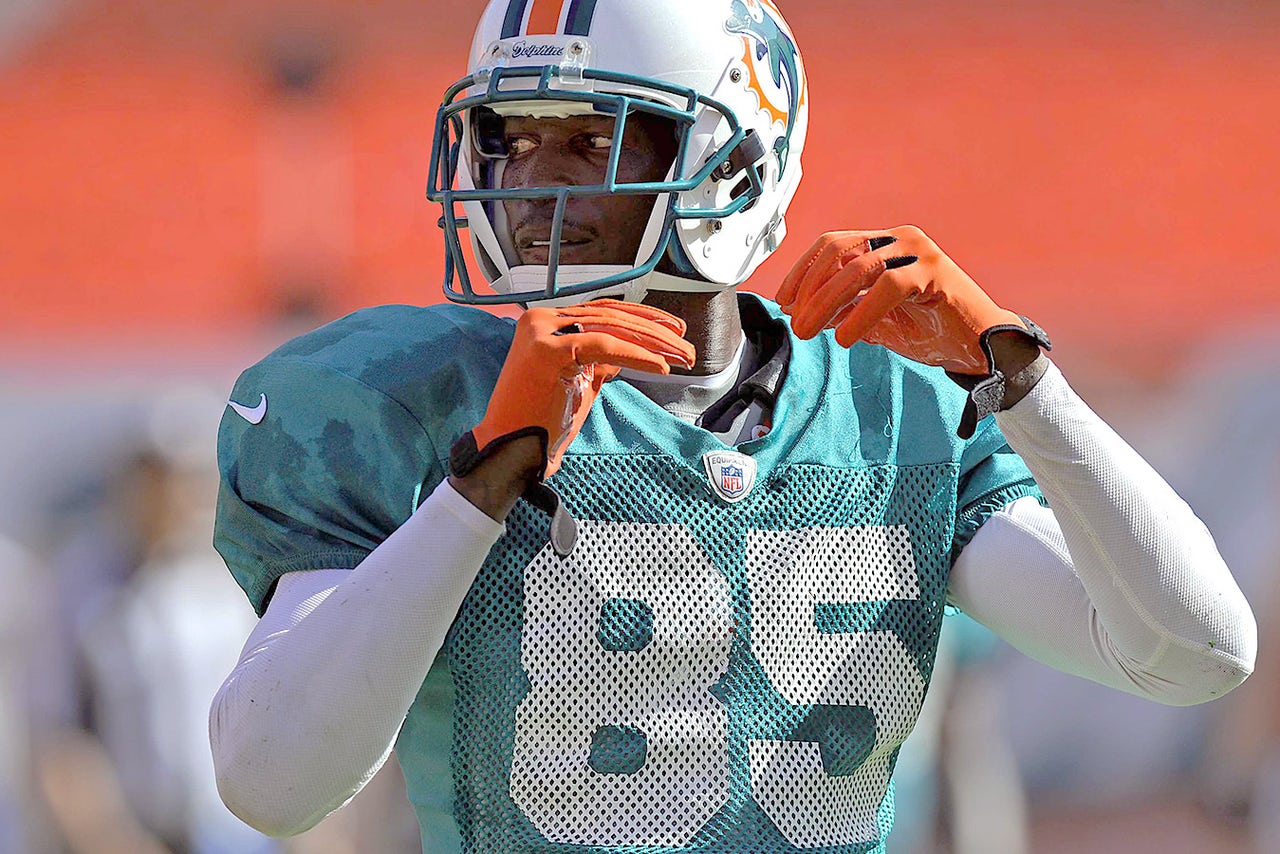 Chad Johnson made a sharp cut to free himself from a defender, and then hauled in a pass at the 53-yard line.

Yes, the 53. Football is going to be a little different now for the former NFL star.

The receiver who once changed his last name to Ochocinco might be hearing a lot of "O Canada" this summer, and he insists he's humbled for that opportunity. Johnson was on the field with the Montreal Alouettes of the CFL on Tuesday for the start of their three-day minicamp, and there's a very realistic chance that he will be with them when their season starts for real in June.

"It's just football. It's football," Johnson said. "It's not about Montreal. It's about the opportunity to be able to play football again, something I love."

It's something he lost two years ago.

Johnson last appeared in an NFL game during the 2011 season with New England. He was in training camp with the Miami Dolphins -- his hometown team -- the following summer, but his contract was terminated one day after he was charged with misdemeanor domestic battery.

A plea deal was eventually worked out, but after a probation violation Johnson wound up going to jail for a few days anyway after a judge objected to the way he slapped his attorney on the backside in celebration.

He hasn't played since.

"A horrible mistake," Johnson said. "A dream of mine since I was 4 years old was taken from me, rightfully so, by my wrongdoings and I just want to get back to doing something that I love to do, regardless of where it is. Montreal, flag football, back in the street the way I grew up . I just want to play football."

The Alouettes have a history of not judging players by their checkered pasts, as evidenced by how they once gave former Nebraska running back Lawrence Phillips a chance on what became a Grey Cup-winning team in Montreal.

"It's all business," Alouettes general manager Jim Popp said. "It's real. He's in great shape. He wants to play and we'll see how things are."

Popp shrugged off the notion that Johnson's presence is a publicity stunt.

"None of you would know it was here unless it got tweeted out," Popp said.

And Twitter does play quite a role in this story, since Johnson -- one of the world's most popular athletes when it comes to social media -- used the power of his 3.6 million followers to help get the Alouettes' attention.

The Alouettes were working out at Dodgertown, where some schoolkids were playing baseball on a nearby field. When their game ended, about a dozen of them came over to the football field to chant "Oc-ho-cin-co!" repeatedly. Some fans wearing his old Cincinnati Bengals jerseys watched, as did a couple in Patriots colors.

He showed Tuesday that he can still run routes, and right there is why Montreal is eager to take a closer look.

The CFL game is very much passing-friendly, and that can be at least partially attributed to several rule deviations from the NFL game.

Teams in the CFL have only three downs to gain 10 yards instead of four. The field is 10 yards longer from goal line to goal line, is about 10 yards wider, and the end zones are 20 yards deep -- twice as long as those used in high school, college and pro play in the U.S.

Montreal quarterback Troy Smith, the former Ohio State standout, said most people don't realize how much talent is in the CFL. And he believes Johnson can make an impact.

"I know he's going to bring some fun and excitement to the team," Smith said.

In short, even though there's 12 players on the field per team instead of 11, there's plenty of room for offenses to maneuver. And in Canada, receivers can't be blocked or jammed unless they're within a yard of the line of scrimmage.

Of course, if Johnson heads to the CFL, he won't be exactly getting rich.

The salary cap in the CFL is $4.4 million per team -- Johnson has had years where he's made about twice that much by himself. The average salary is around $85,000.

"I don't even need a check," Johnson said. "Didn't I give it all away for 12 years straight? Think about it. Did I ever care about money when I played throughout my career? Still don't. I want to have fun. I want to enjoy the game. That's it."

An NFL Rivalry Waiting To Happen
Mahomes vs. Jackson is one of the most anticipated clashes of the NFL season. What it’s not - at least not yet - is a rivalry.
2 hours ago

Trubisky Out: Fair or Foul?
Nick Foles is officially the starting quarterback in Chicago. Did Mitch Trubisky actually deserve to lose his job?
4 hours ago

Battle Royale
Jackson vs. Mahomes. MVP vs. MVP. Which superstar would you rather have in this clash between NFL royalty?
9 hours ago

Russ Cooks the Cowboys
Meanwhile, Tom Brady is hitting his stride in Tampa Bay, and Sam Darnold and the Jets hit rock bottom.
1 day ago
those were the latest stories
Want to see more?
View All Stories
Fox Sports™ and © 2020 Fox Media LLC and Fox Sports Interactive Media, LLC. All rights reserved. Use of this website (including any and all parts and components) constitutes your acceptance of these Terms of Use and Updated Privacy Policy. Advertising Choices. Do Not Sell my Personal Info