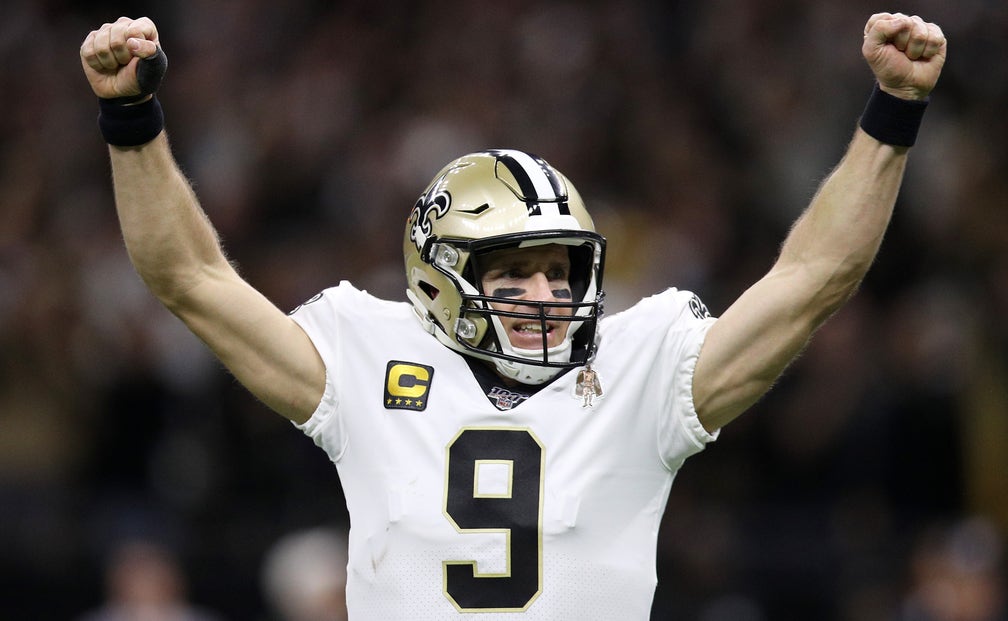 Drew Brees spoke to the media for the first time during New Orleans Saints training camp on Saturday, reading a prepared statement addressing the National Anthem controversy that gripped the sports world back in June.

In a June interview with Yahoo! Finance, Brees was asked about players kneeling during the National Anthem when the 2020 NFL season begins, to which he replied, "I will never agree with anybody disrespecting the flag of the United States."

Brees immediately faced fierce backlash over the comments, specifically from his peers, teammates and the media. Those who kneel during the anthem have maintained that it is a peaceful way to protest police brutality and systemic racism in America and not meant to disrespect the flag, as Brees suggested.

Brees immediately apologized for the comments on social media.

On Saturday, Brees once again addressed the controversy at the beginning of a Zoom conference call with reporters.

"I've always been someone who has felt compelled to serve. I knew I had a chance to be a part of something much greater than myself. And the last 15 years in New Orleans have been some of the proudest, most rewarding moments of our lives.

"Going back to my comment on June 3rd, to think for a second that New Orleans or the state of Louisiana or the Black community would think that I was not standing with them for social justice, that completely broke my heart. It was crushing. Never ever would I feel that way. Now, I recognize that I missed an opportunity that day. I had an opportunity to talk about and emphasize the social injustices that exist for our Black community and our need as a country to support them and to advocate for systemic change. And my lack of awareness in that moment hurt a lot of people.

"I will always support and advocate for the Black and Brown communities in the fight for social justice. Always. ... I'm the same person now that I've always been. I'm someone who cares deeply for people in my community, New Orleans, the state of Louisiana, people everywhere. I'm someone who will always address the inequities and the disparities that exist. I'm someone who has great empathy for those who are hurting, struggling or victims of injustice. And I'm someone who feels a great sense of responsibility to serve and to lead and to bring true equality to everyone."

The Saints released the full audio of Brees' interview on Saturday morning.

How To Bet The AFC North
Win totals. Playoff odds. Trends to know. Jason McIntyre is breaking down all 32 teams, one division at a time.
1 hour ago

Cornerback Sneak?
The Seahawks reportedly have waived Kemah Siverand after the rookie allegedly tried to sneak a woman into the team hotel.
21 hours ago

George Kittle Gets Huge Payday
The 49ers star tight end has agreed to a massive five-year extension, per multiple reports.
1 day ago

Colin Cowherd's AFC Predictions
Cowherd goes division-by-division to pick each AFC team's record, including one undefeated squad.
1 day ago
those were the latest stories
Want to see more?
View All Stories
Fox Sports™ and © 2020 Fox Media LLC and Fox Sports Interactive Media, LLC. All rights reserved. Use of this website (including any and all parts and components) constitutes your acceptance of these Terms of Use and Updated Privacy Policy. Advertising Choices. Do Not Sell my Personal Info