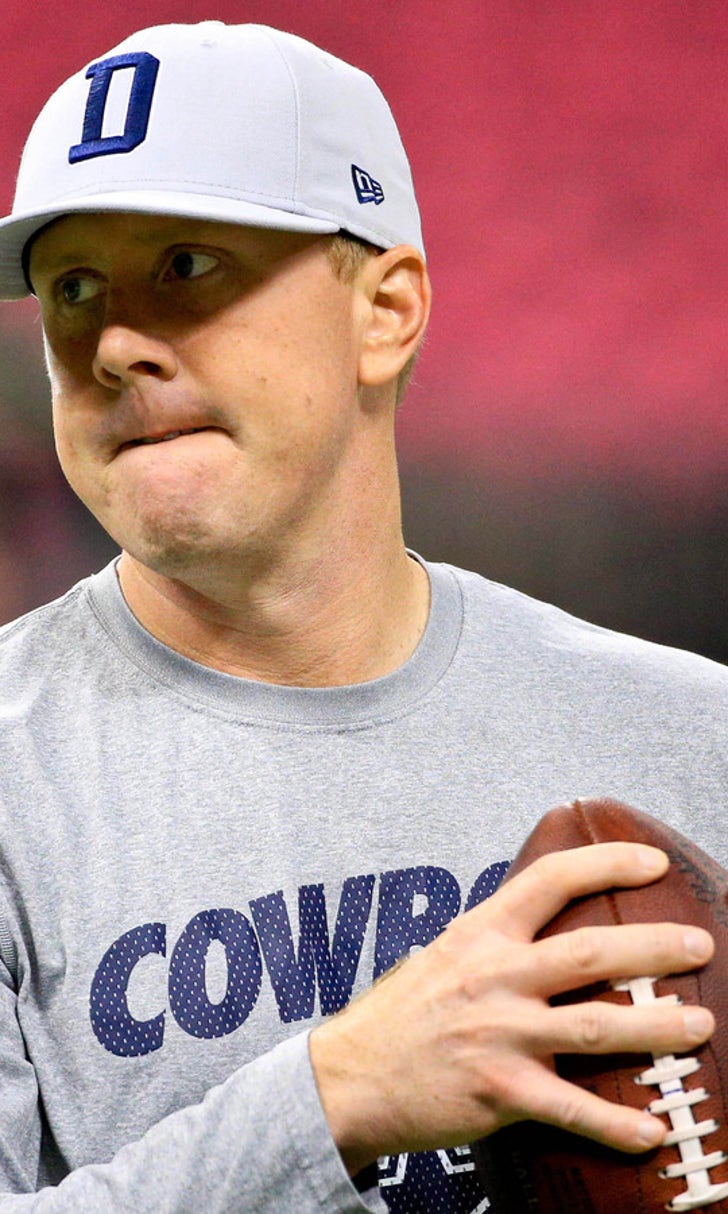 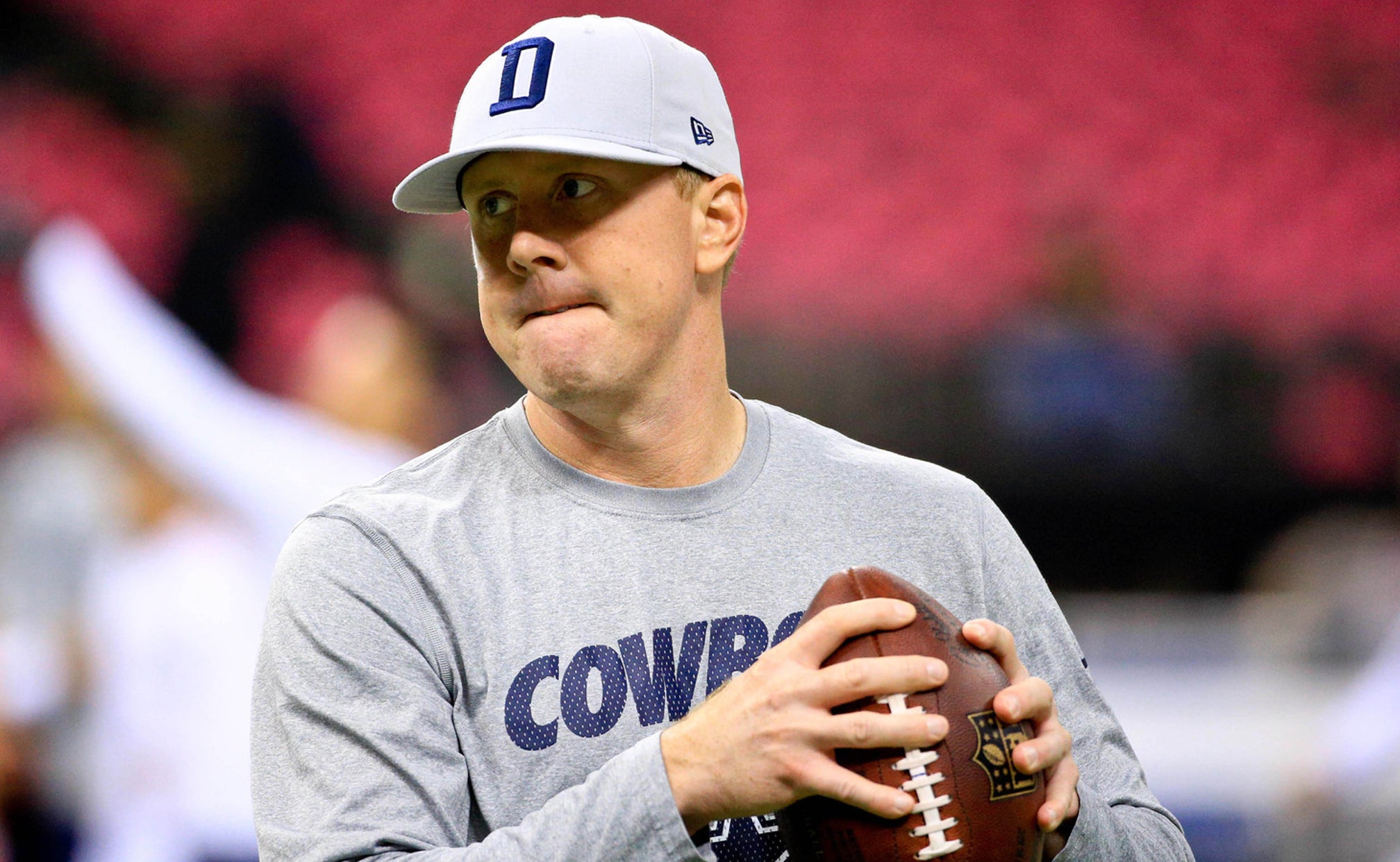 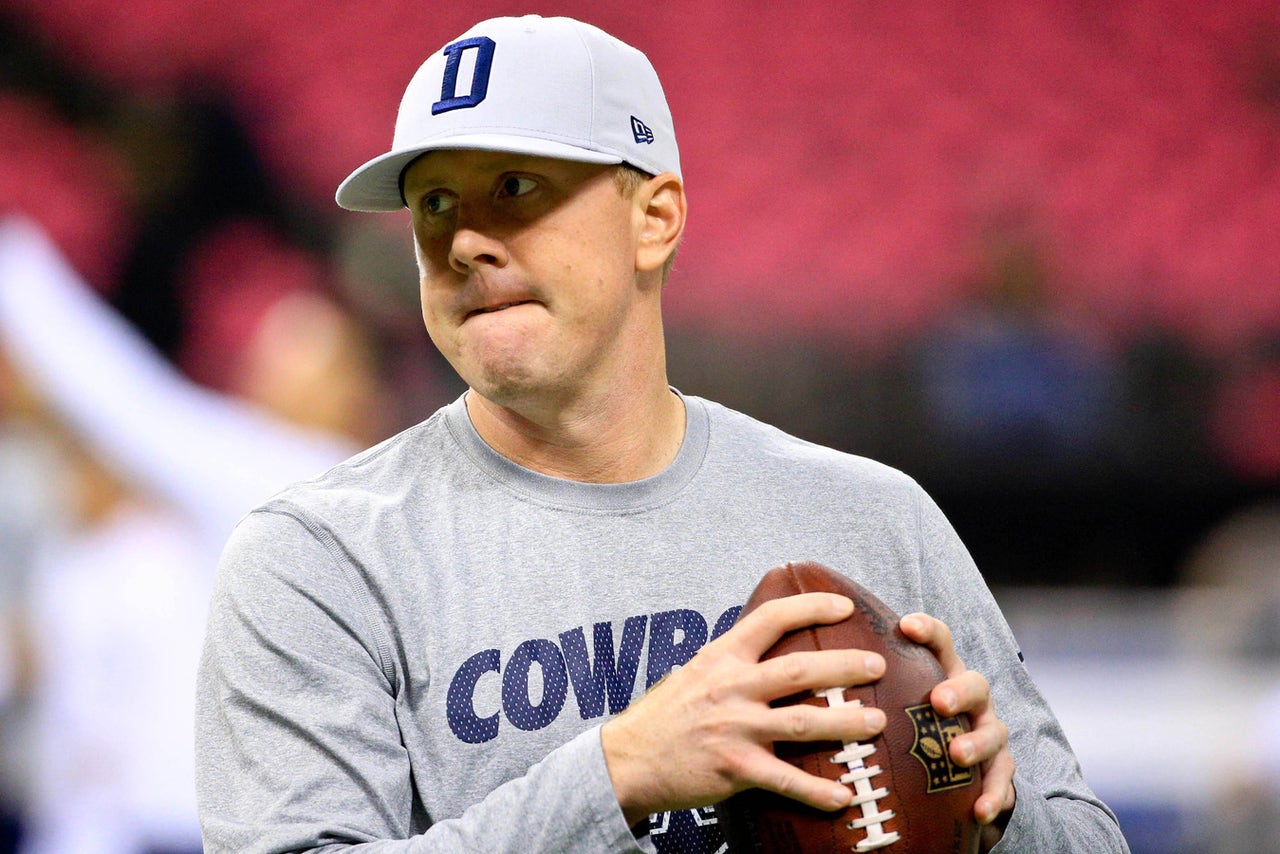 The Dallas Cowboys are making a change at quarterback, and Brandon Weeden is understandably upset about the choice.

According to Desmond Purnell of NFL Media, Weeden said he’ll handle the news like a veteran should, but that doesn’t mean the 32-year-old is happy about it.

Brandon Weeden not happy about the demotion saying "I'm pissed." Weeden said he will still be a pro in spite of the demotion. #Cowboys

After completing 7-of-7 passes when stepping in for Tony Romo against the Philadelphia Eagles, Weeden slogged through three starts. Yes, he completed 64-of-91 attempts, but Weeden was merely the king of checkdowns en route to throwing one touchdown and two interceptions.

Dallas coach Jason Garrett elected to hand the reins over to Matt Cassel, a journeyman backup who will have had two full weeks to prepare as the starter. The Cowboys are currently on a bye.

He appeared in three games last season for the Minnesota Vikings before a foot injury ended his season. Although Cassel isn’t a perfect answer, he can hardly be less productive.

Cassel’s first chance to stake a claim the short-term starting job comes on Oct. 25 when Dallas travels to the New York Giants. Weeden won’t be happy standing on the sideline, but expect him to handle it the proper way, support Cassel and be ready for a chance to enter the game if necessary.

The Most Entertaining Team In Football
When it comes to the Cowboys, you never know what’s coming next. And that's half the fun, Martin Rogers writes.
3 days ago

Zeke Files For 'Feed Me' Trademark
The Dallas Cowboys running back is making his motto official, Charlotte Wilder writes. Now, who wants a "FEED ME" tie?
3 days ago

How The Cowboys Saved Their Season
An 0-2 start can spell doom for NFL teams. But Dak Prescott wasn't about to let the Cowboys fail.
3 days ago

Colin Cowherd's Blazin' 5 – Week 2
Colin Cowherd is back with his second Blazin' 5 of the NFL season, and he's looking to cash in on America's Team.
6 days ago
those were the latest stories
Want to see more?
View All Stories
Fox Sports™ and © 2020 Fox Media LLC and Fox Sports Interactive Media, LLC. All rights reserved. Use of this website (including any and all parts and components) constitutes your acceptance of these Terms of Use and Updated Privacy Policy. Advertising Choices. Do Not Sell my Personal Info