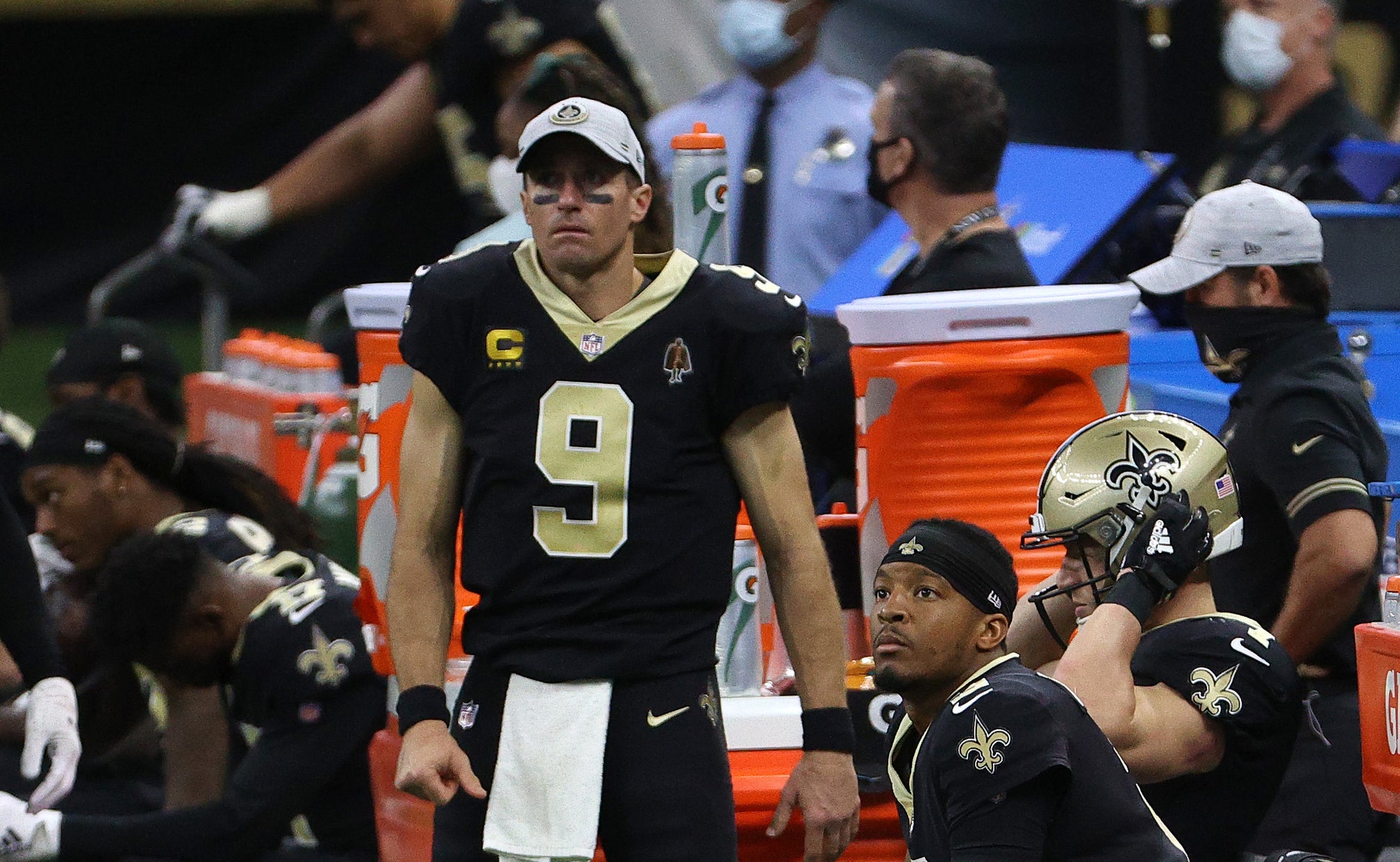 Jameis Winston won't aim to be the next Drew Brees.

All he really needs to do – for his sake, and for the sake of the New Orleans Saints – is be the next Teddy Bridgewater.

The Saints currently sit atop the AFC South with a 7-2 record, tied with the Green Bay Packers for mark in the NFC.

However, despite being in the midst of a six-game winning streak, all is not well in New Orleans.

After suffering a near catastrophic injury a 27-13 win over the San Francisco 49ers on Sunday, Future Hall of Fame quarterback Drew Brees will be sidelined for the immediate future.

Brees currently holds a few of the most prolific passing records in NFL history. He is first all-time in passing yards (79,612), touchdowns (565), and completed passes (7,086).

In most circumstances, it would be fair to wonder how a franchise would manage without one of the greatest quarterbacks in league history, but this is not uncharted waters for New Orleans.

Last season, Brees missed five games due to a thumb injury, and in that time span, the Saints managed to go 5-0 with Teddy Bridgewater at the helm.

Bridgewater took a backup job in New Orleans with the hopes of regaining his footing in the league, after a serious knee injury cost him the starting job in Minnesota, and nearly cost him his career.

But after a successful two-year stint with the Saints, highlighted by his 5-0 campaign as a starter in 2019, he is now under center full-time for the Carolina Panthers.

Now, with Brees sidelined once again, Jameis Winston will audition in hopes of securing a similar result.

In Winston's five seasons with the Tampa Bay Buccaneers, he proved to be both talented and turnover-prone.

In 70 career starts, he's recorded 121 passing touchdowns – which ranks 11th in the NFL during that time span – but has also committed 111 turnovers, the most in the NFL since 2015.

Brees and Winston are less similar than Brees and Bridgewater, so the transition at QB might not be as seamless as it was last season.

Both Brees and Bridgewater like to operate in the intermediate range of the field, while Winston is a gunslinger who isn't shy about going deep.

ESPN's Dan Orlovsky highlighted why the difference in play styles might result in a turbulent time for the Saints.

"If you go back to last year when he [Brees] got hurt, that's exactly the style that Teddy Bridgewater played under because they are very similar quarterbacks. Jameis isn't that type of quarterback. How is this offense now going to operate with Sean Payton saying, 'Jameis Winston is a different type of player – how do we get our offense to be as efficient as Drew always has it?'"

The answer to that question is what could decide whether the Saints remain in contention for a Super Bowl run this winter or potentially falter down the stretch.

And while Winston's aggressive play style does come with some risk, the upside for success is still there.

Keyshawn Johnson detailed on the Keyshawn, J Will and Zubin Show that last year's results with Bridgewater as the starter should instill confidence in Payton that he can still win with Winston leading the charge.

"I have all the confidence with Jameis Winston as my guy. I can still run my offense with no problems at all. I can still insert Taysom Hill and do some of the same things I've always done with Drew Brees out. All we are asking our backup to do is to hold things together."

With Brees sidelined for what appears to be several weeks, Winston will have a chance to showcase the talent that made him the top pick in the 2015 NFL Draft.

If he can finally put it all together, he could find himself back in a favorable standing across the NFL and in line for another starting position, a la his backup predecessor in Bridgewater.

In other words, wins for the Saints could equal a future win for Winston.