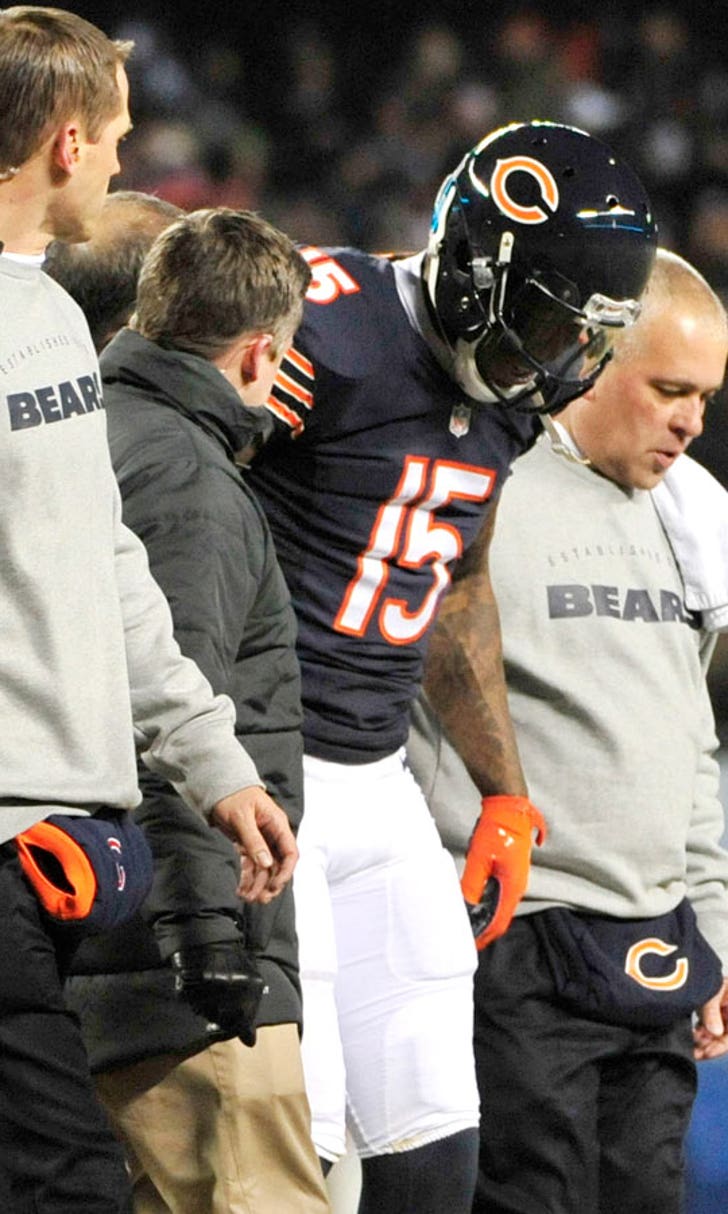 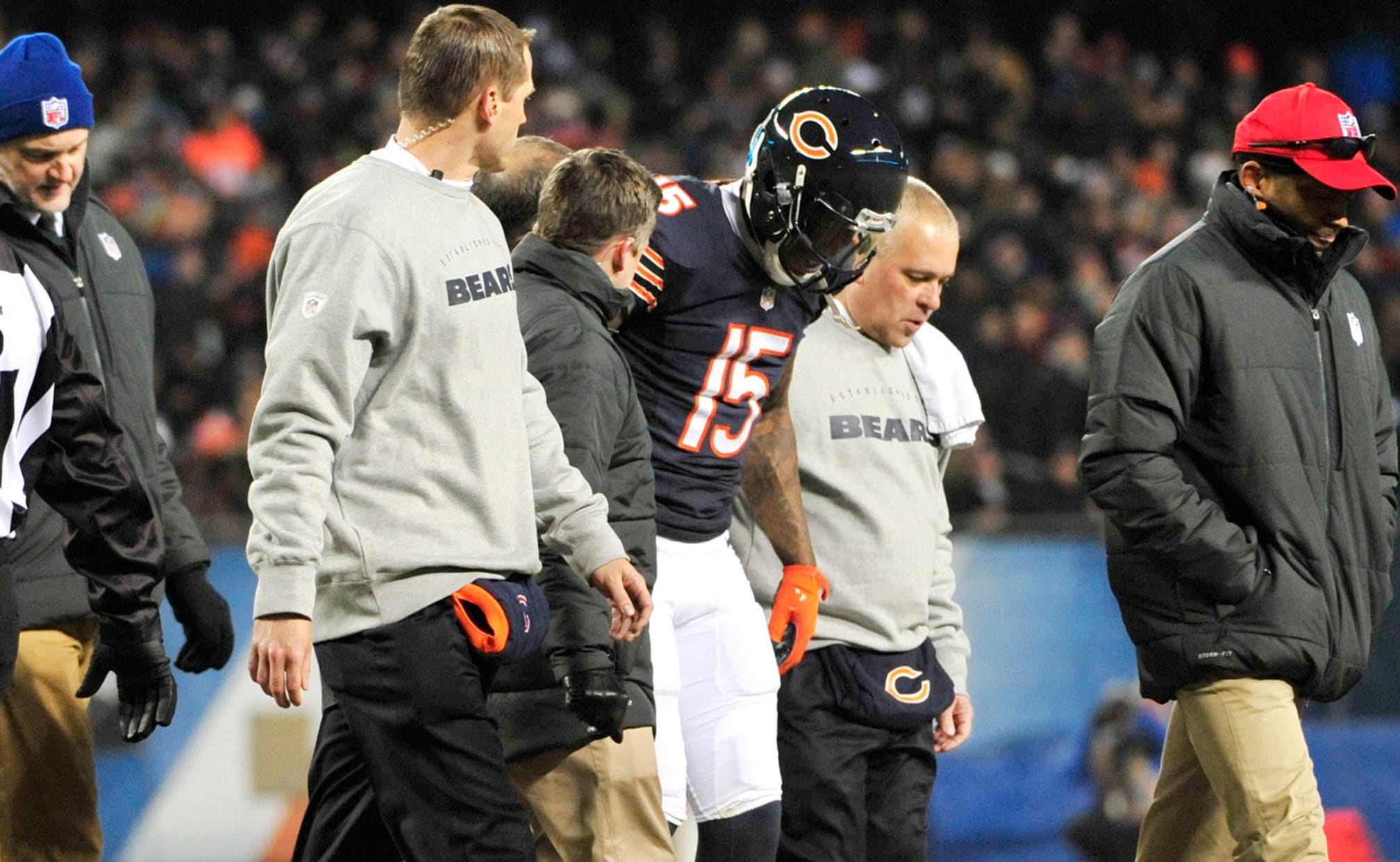 Bears WR Marshall out of hospital after broken ribs; out for season 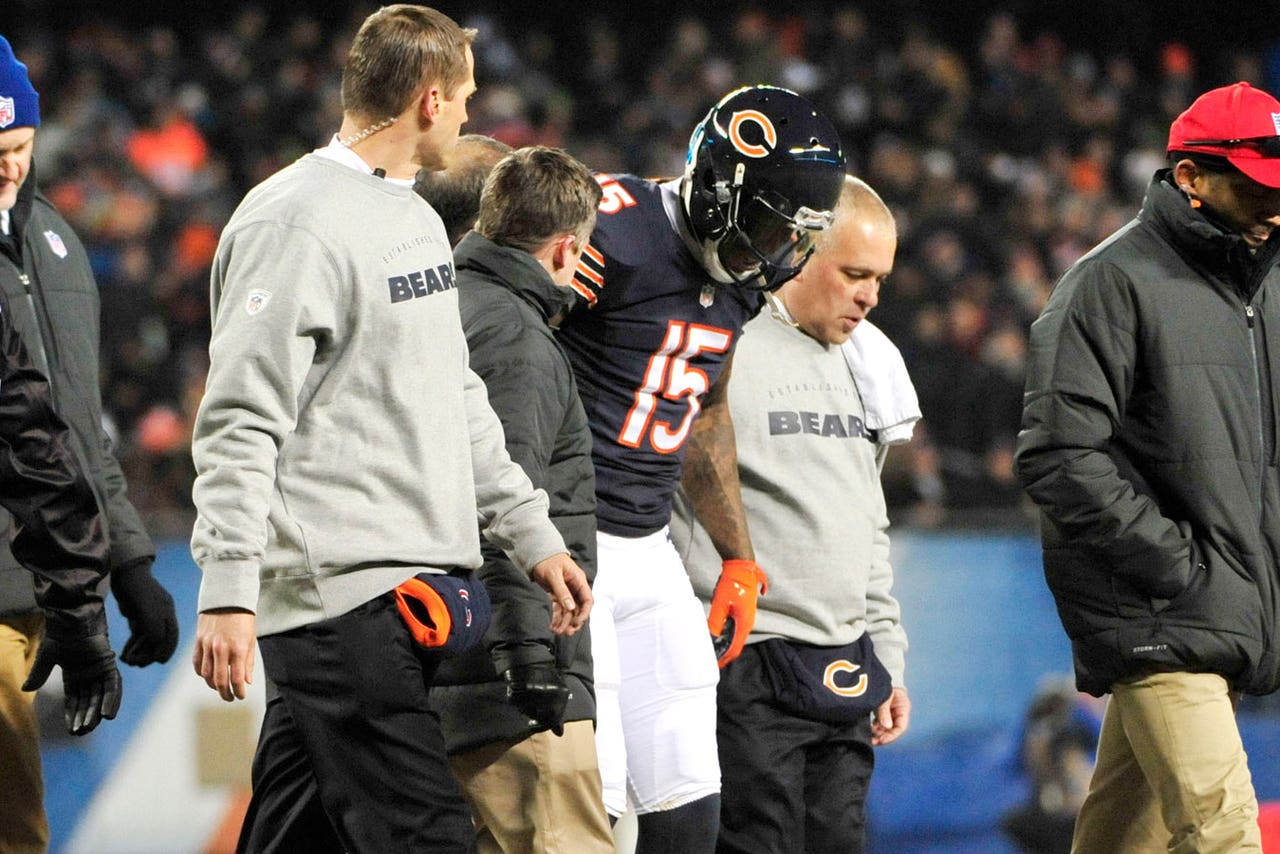 LAKE FOREST, Ill. -- Chicago Bears star receiver Brandon Marshall was placed on injured reserve Monday because of rib and lung injuries and will miss the rest of the season.

Marshall broke two ribs and hurt his lung in the second quarter of Thursday's 41-28 loss to the Dallas Cowboys. The five-time Pro Bowl receiver was hit in the right side by the knee of Dallas defensive back Barry Church after making a catch and was taken from the stadium in an ambulance.

Marshall is out of the hospital, but he won't be suiting up again this season.

He was limited by ankle injuries early in the year and finished with 61 catches for 721 yards, ending a string a seven straight 1,000-yard seasons.

Losing Marshall is just another blow for the Bears (5-8), who will miss the playoffs for the seventh time in eight years. Seven-time Pro Bowl linebacker Lance Briggs (groin) and cornerback Charles Tillman (torn right triceps) have also suffered season-ending injuries.

Besides placing Marshall on injured reserve, the Bears elevated receiver Josh Bellamy from the practice squad. Bellamy has appeared in nine games over three seasons with Kansas City (2012), Washington (2013) and Chicago (2014), playing mostly on special teams.