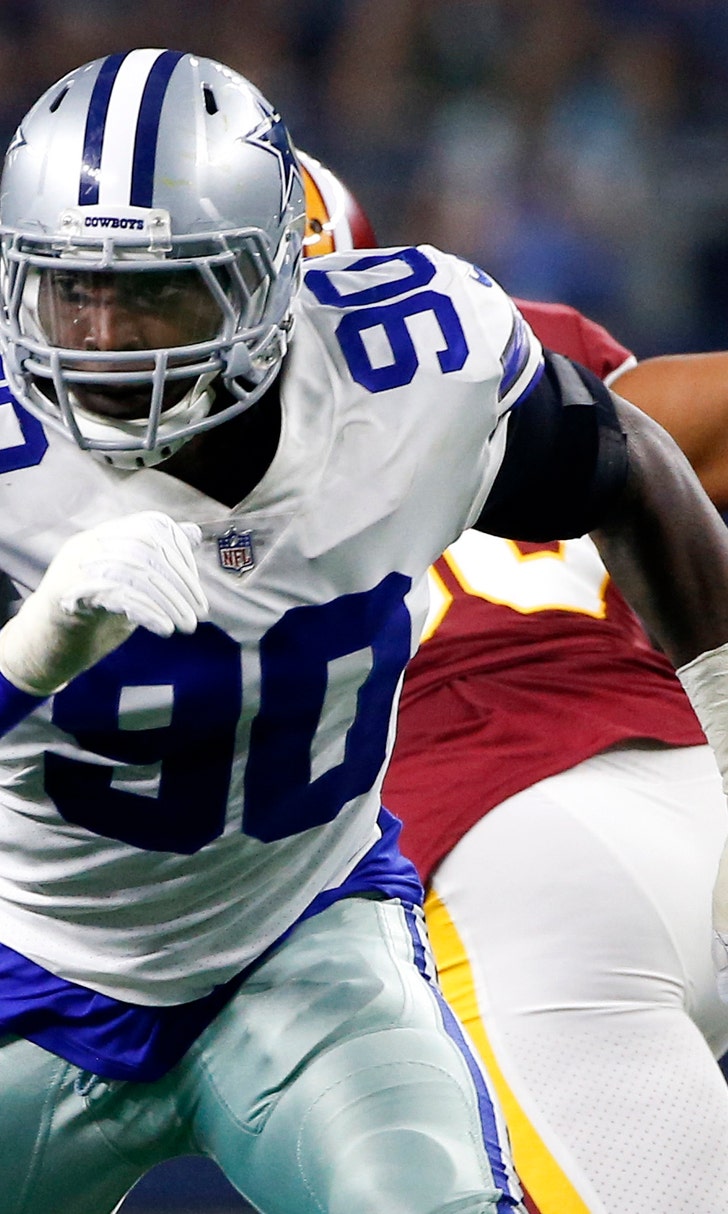 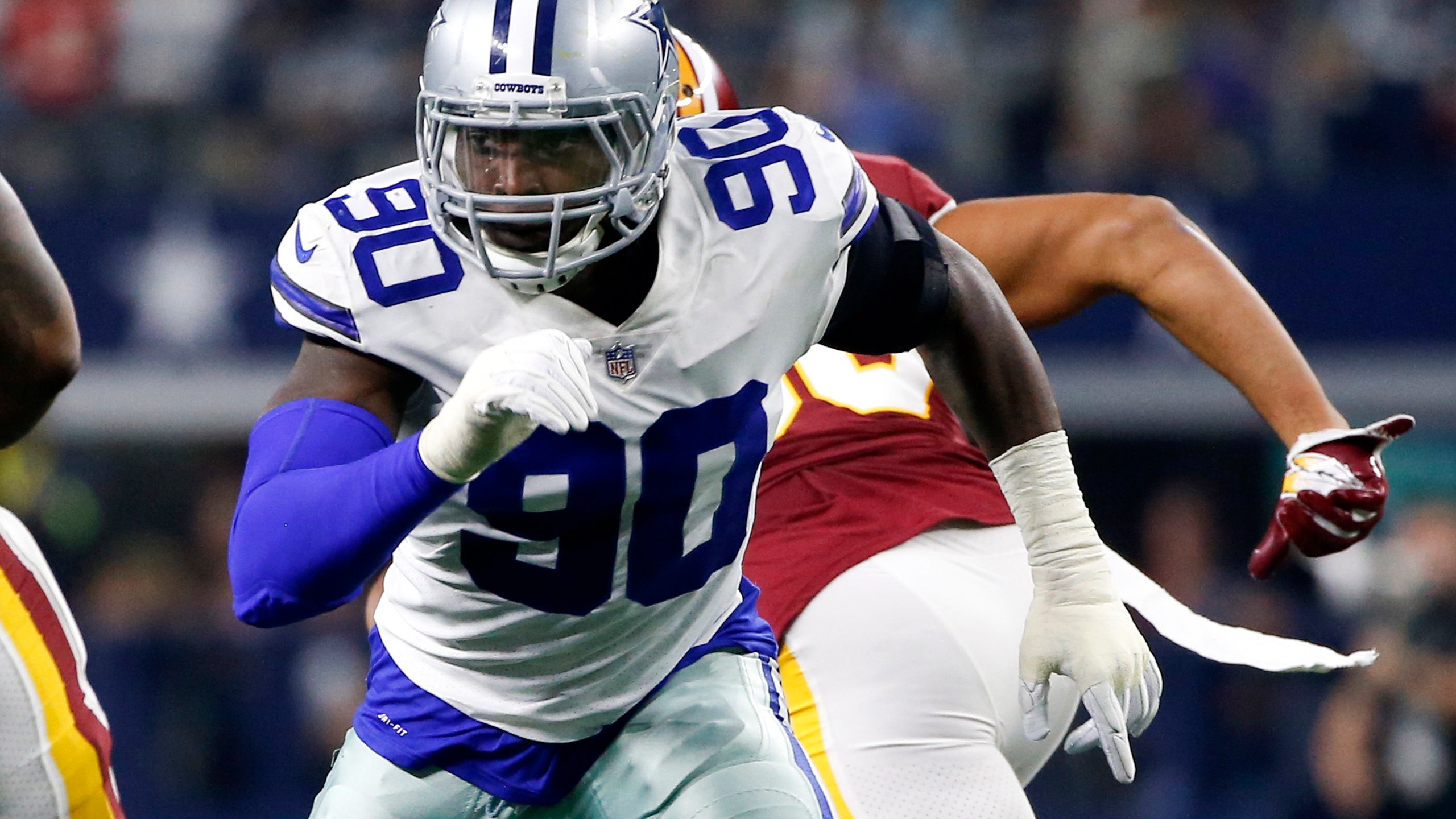 The Dallas Cowboys are placing the franchise tag on DeMarcus Lawrence for the second straight year. Their star defensive end doesn't appear to be in any rush to sign the lucrative one-year contract this time.

Two people with knowledge of the decision said Monday the Cowboys had decided on another tag while the sides keep working on a long-term deal. The people spoke to The Associated Press on condition of anonymity because the decision hasn't been announced.

The move means Lawrence has a one-year offer for $20.5 million, 120 percent more than he made under the tag last season. Even if the 26-year-old signs it, Lawrence and his representatives have until July 15 to work out a long-term deal with Dallas.

Last year, Lawrence signed a $17.1 million contract the same day the Cowboys placed the franchise tag on him. He seemed happy to try to prove a career-best season with 14½ sacks in 2017 wasn't a fluke.

Not long after another Pro Bowl year and double-digit sacks with 10½ last season, Lawrence took to Twitter to indicate he's now looking for a long-term deal. If he doesn't sign the one-year tender under the franchise tag, Lawrence can skip offseason workouts without being fined.

Two-time All-Pro running back Le'Veon Bell missed the entire 2018 season with Pittsburgh after refusing to sign under the franchise tag.

The Cowboys have plenty of incentive to get a deal done with Lawrence. He's the centerpiece of a defense with several rising stars, including linebackers Jaylon Smith and Leighton Vander Esch.

Defense was a liability for Dallas in Lawrence's injury-filled early years. But that unit helped the Cowboys and their sluggish offense recover from a 3-5 start to win the NFC East for the third time in five years. The Cowboys beat Seattle in the wild-card round before a divisional playoff loss to the Los Angeles Rams.

A happy and healthy Lawrence could be one of the keys to the future of coach Jason Garrett as well. Owner Jerry Jones decided not to extend Garrett's contract beyond 2019 after his second playoff win in his third postseason appearance in eight seasons.

The Cowboys haven't reached the NFC championship game since the 1995 season, when they won the last of their five Super Bowl titles.

Dallas also ended up getting burned by the last long-term deal connected to the franchise tag. Receiver Dez Bryant refused to sign under the tag in 2015 before the sides finally reached a five-year deal just hours before the July deadline.

Bryant, the franchise leader in touchdown catches, had three subpar seasons under the $70 million contract that included $45 million guaranteed. He was released in a cost-cutting move before last season.

Lawrence has 34 sacks over five seasons. The Cowboys moved up in the second round to draft him in 2014, believing he was the last pass rusher on the board with difference-making skills. He was the first defensive end Dallas drafted after releasing franchise sacks leader DeMarcus Ware earlier that offseason.

Dak's Demands
The latest update in the Dak Prescott contract saga is that the Cowboys QB is chasing Patrick Mahomes in more ways than one.
2 days ago