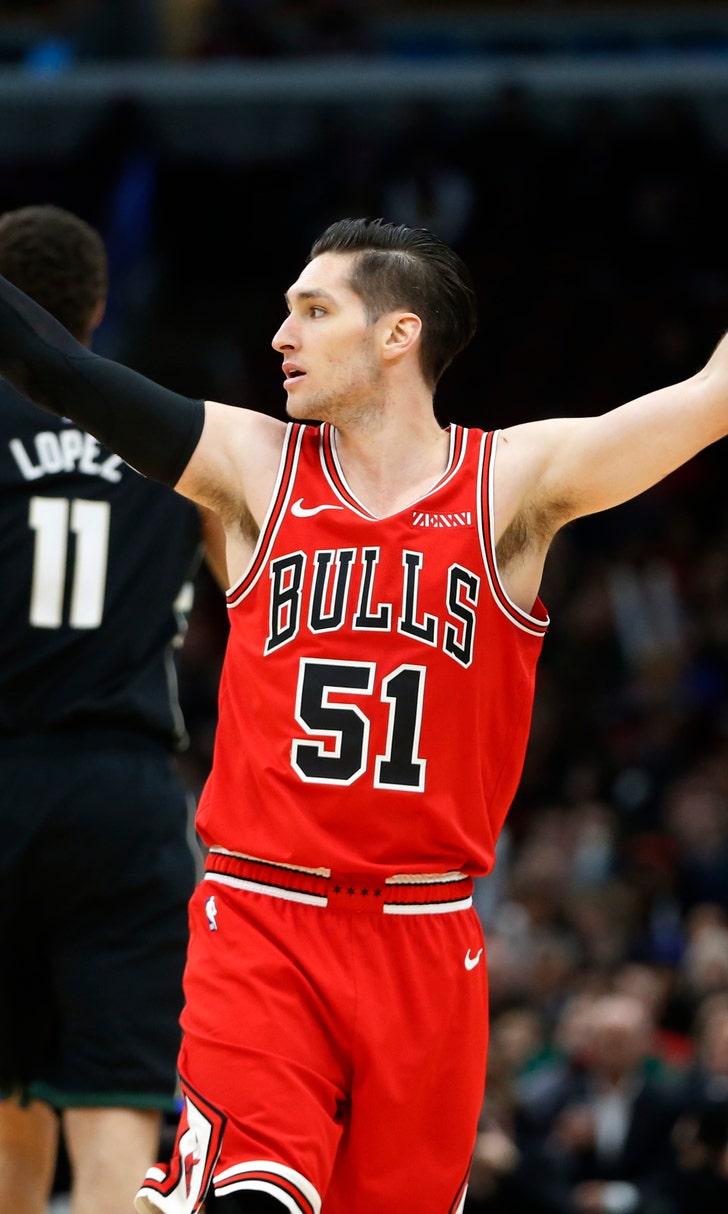 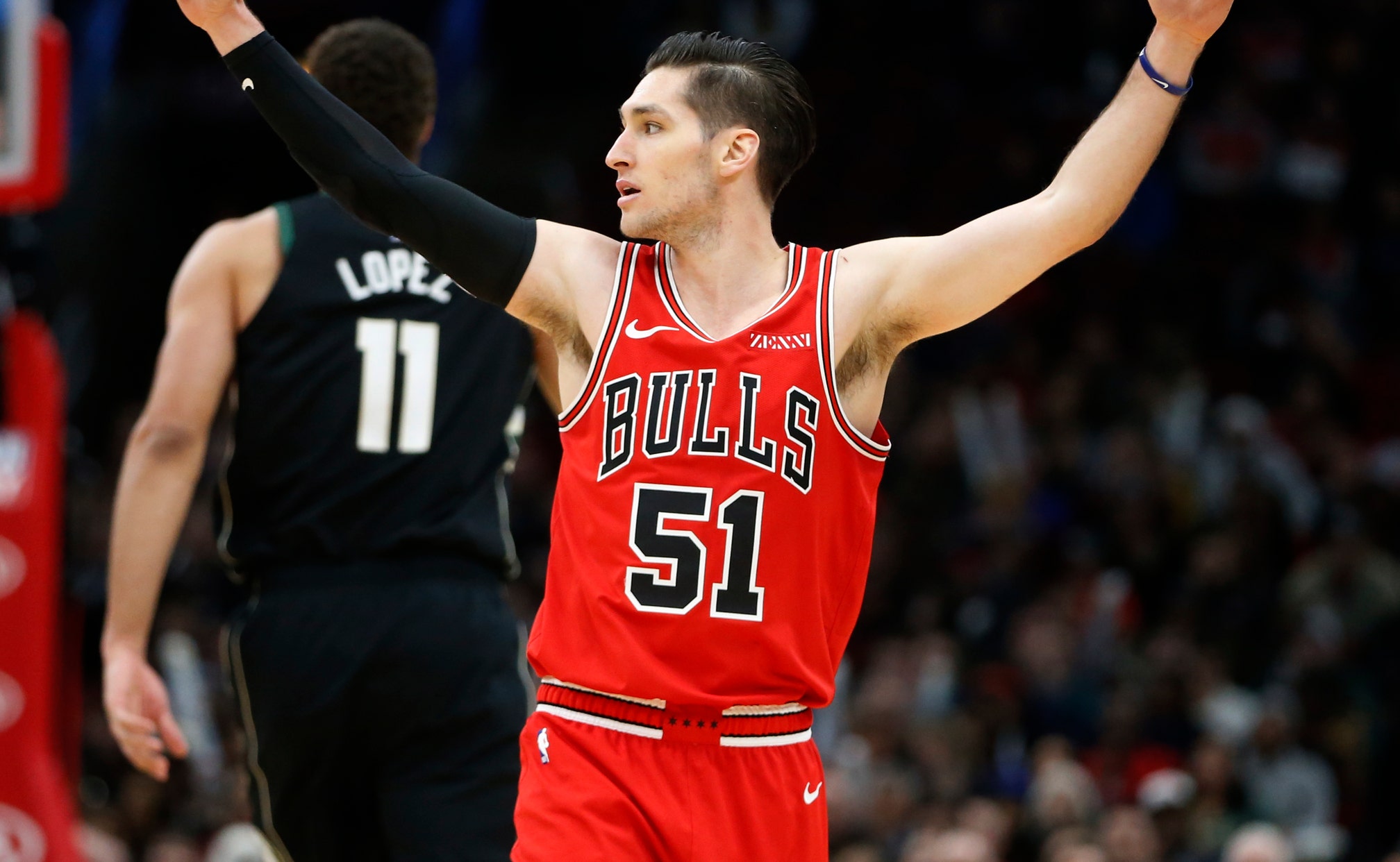 CHICAGO (AP) — Giannis Antetokounmpo spent most of the game standing on the sideline and cheering just about every play, big and small.

That was all he could do for the NBA-leading Bucks.

While the All-Star forward sat out with a sore right knee, the Bucks overcame a sluggish start to pick up their 17th win in 19 games.

"We have one of the best players in the NBA," Brogdon said. "But when he's out, we still have a really good team."

The Bucks used a huge second quarter to grab a nine-point lead after falling behind by 14. That propelled them to their eighth straight road win — their best streak since a nine-game run during the 1981-82 season.

Brogdon hit 4 of 7 3-pointers. Middleton nailed 3 of 5 from beyond the arc. Nikola Mirotic scored 13 in his first game in Chicago since the Bulls traded him to New Orleans last season. And the Bucks moved a season-high 32 games over .500.

"Would not surprise me in the least," Bulls coach Jim Boylen said about the possibility of Milwaukee winning the NBA championship.

Lauri Markkanen and Robin Lopez each scored 26 for Chicago. But the Bulls' season-high three-game win streak came to an end.

It was the ninth straight 20-point game for Markkanen, who scored a career-best 35 against Boston on Saturday.

Lopez had his highest scoring game of the season. But coming off a career-best 42-point performance, Zach LaVine finished with 11. He scored just one point after the first quarter, though he did have nine assists and eight rebounds in the game.

The Bucks trailed by 14 late in the first quarter, only to outscore Chicago 38-16 in the second to grab a 63-54 halftime lead.

Brogdon had nine points in a 16-2 run to start the period as Milwaukee erased a 13-point deficit. Middleton scored 12 over the final 4:07, including a step-back 3 in the closing seconds to send Milwaukee to the locker room up by nine. And the Bucks never really were threatened after that.

"I just thought we weren't organized (in the second quarter)," Boylen said. "I just thought we made some poor decisions. I called a timeout and drew a baseline out-of-bounds and we ran it poorly. Can't do that. I can't use my timeout and draw something up that's worked for us before and you come out and don't execute it. That's unacceptable here. And it aggravates me."

Bucks: Coach Mike Budenholzer said Antetokounmpo worked out Monday and the Bucks are "hopeful" his absence is "very short term." Antetokounmpo is averaging 27.2 points and 12.7 rebounds per game, putting him among the league's top 10 in both categories. ... The Bucks were also missing guards George Hill (strained left groin) and Sterling Brown (right wrist). Budenholzer said Hill likely will be out at least a few games. ... Milwaukee signed G Isaiah Canaan to a 10-day contract and recalled F Christian Wood from the G League's Wisconsin Herd. ... The Bucks completed a four-game sweep against Chicago this season.

Bulls: G Kris Dunn (migraine) and F Otto Porter Jr. (strained lower left leg) missed the game. Boylen said he thinks Porter "will for sure" travel with the team to Memphis on Tuesday, though he was less certain about Dunn. ... The Bulls are scheduled to visit St. Jude Children's Research Hospital in Memphis on Tuesday.